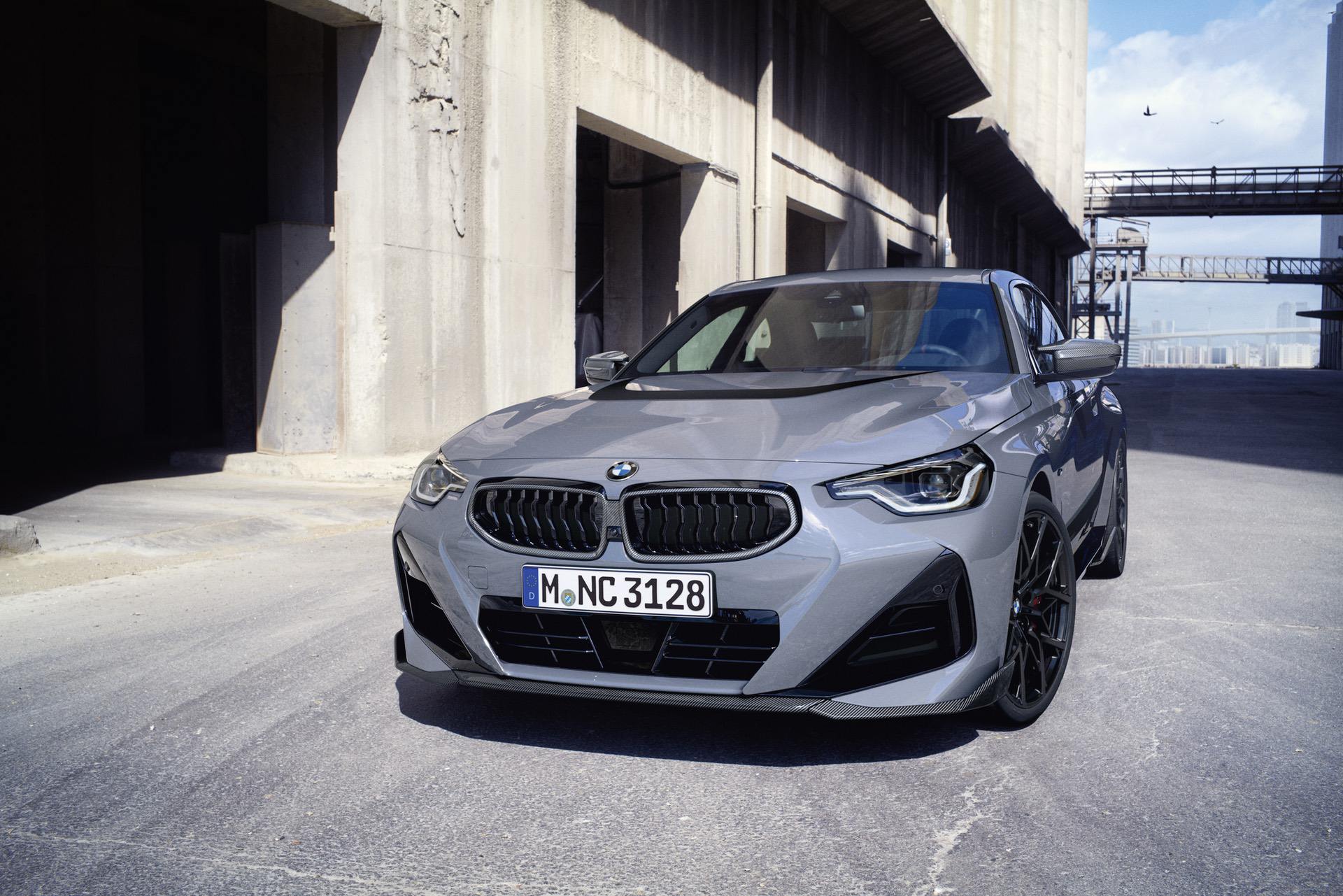 Earlier this week we published an exclusive set of images showing the entire catalog of aerodynamic and aftermarket parts for the G42 BMW 2 Series Coupe, and now we’re following up with some BMW marketing images. The new 2 Series Coupe features a plethora of carbon fiber parts, such as the grille trim and the front spoiler. 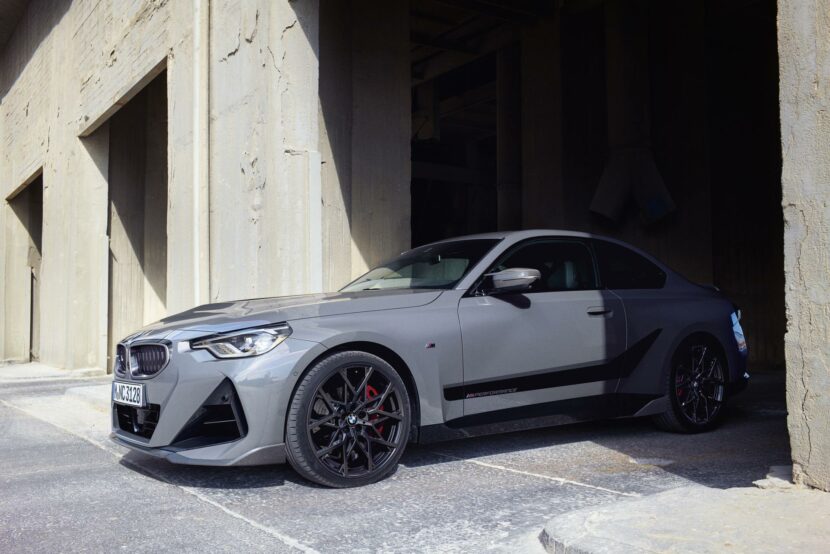 Those carbon fiber bits extend down the sides of the car, giving it some little winglets just ahead of the rear wheels, and to the back where a rear spoiler and faux diffuser can be had as well. Interestingly, carbon fiber M3-style mirrors can be given to the 2 Series as well.

There are two 20″ wheels; one two-tone and one black; and one 18″ option with a black finish. The car shown here features the black wheels with the aftermarket brake system and red calipers. Black stripes are available for the flanks of the car and even the hood. 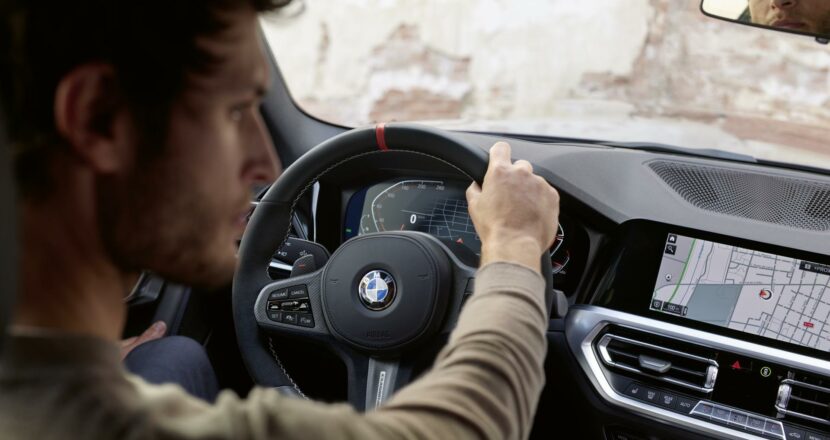 Inside, there’s an M Performance steering wheel, with Alcantara nine and three o’clock positions, as well as a red twelve o’clock stripe. You can also get the paddle shifters in carbon fiber. Thickly bolstered sport seats feature M Performance badging, what seems to be Alcantara on the seat backs, and some carbon fiber trim on the back of the headrests. 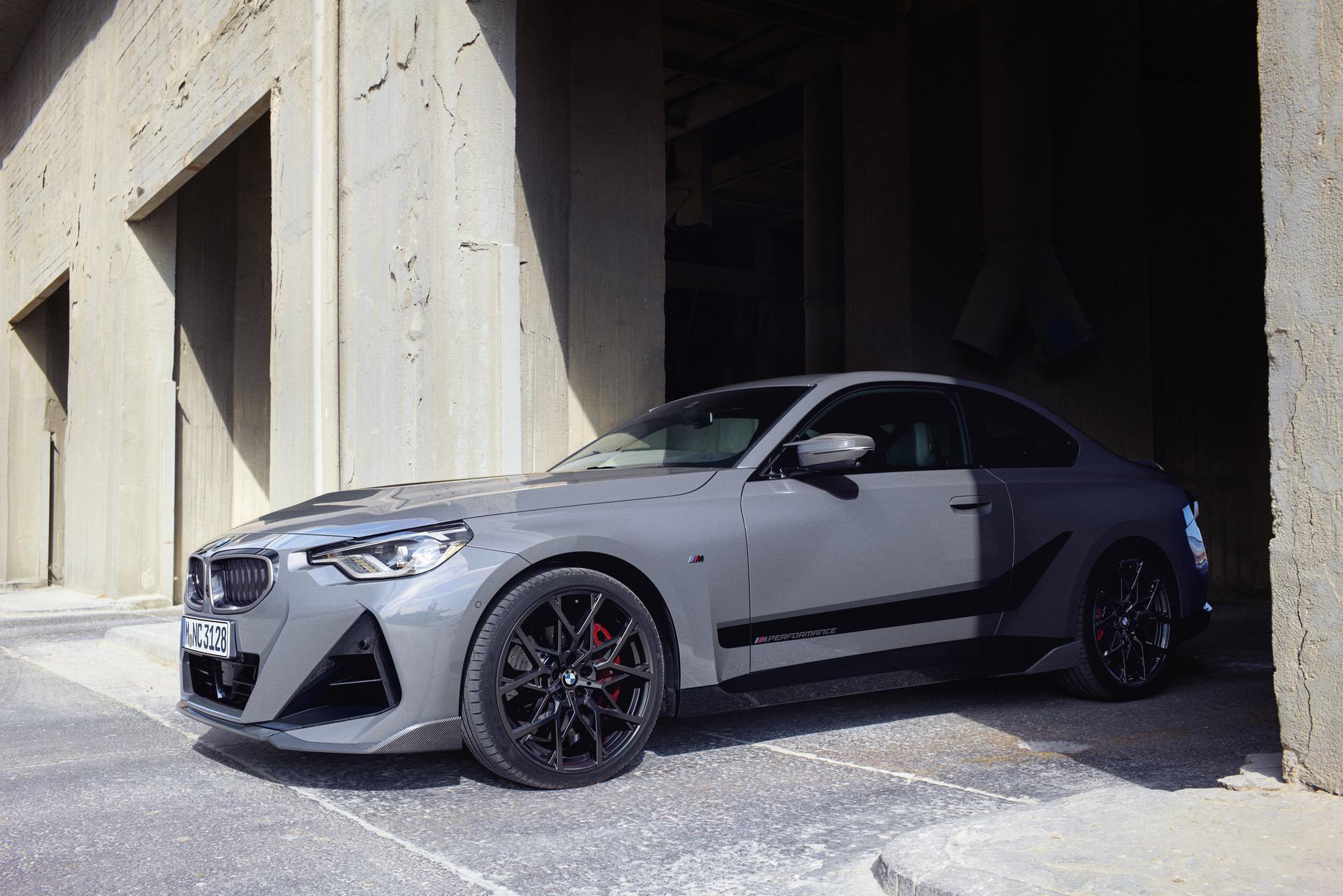 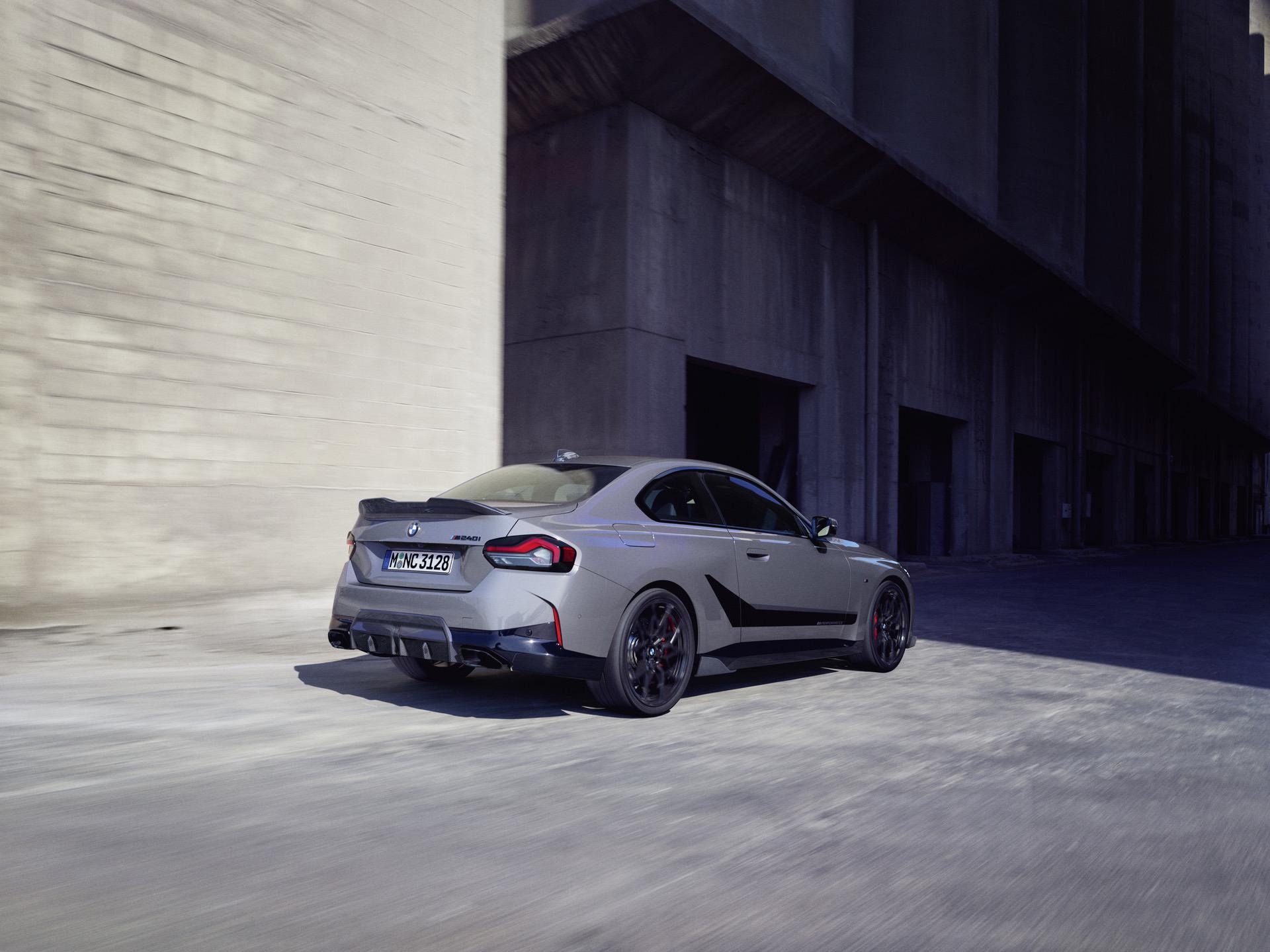 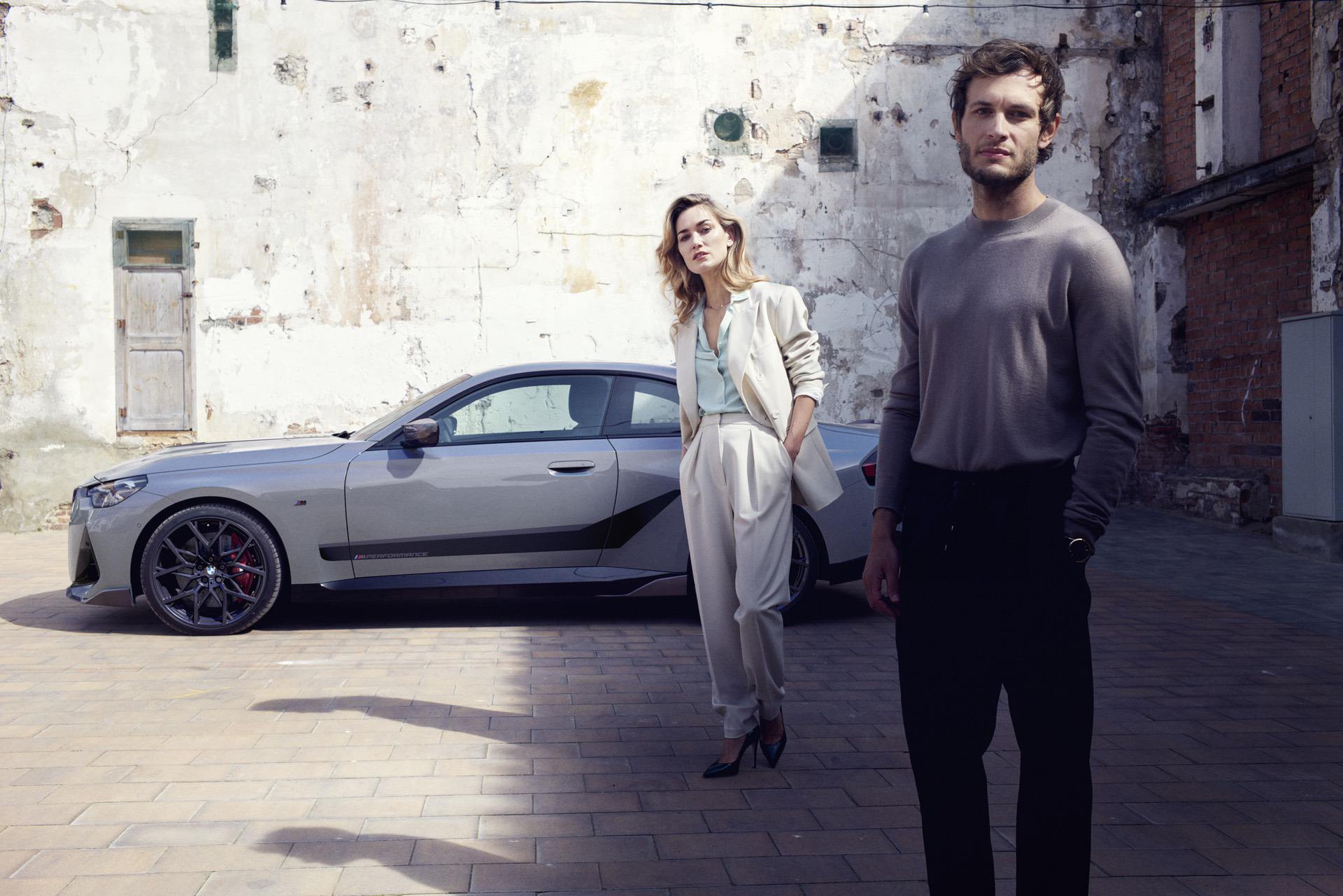 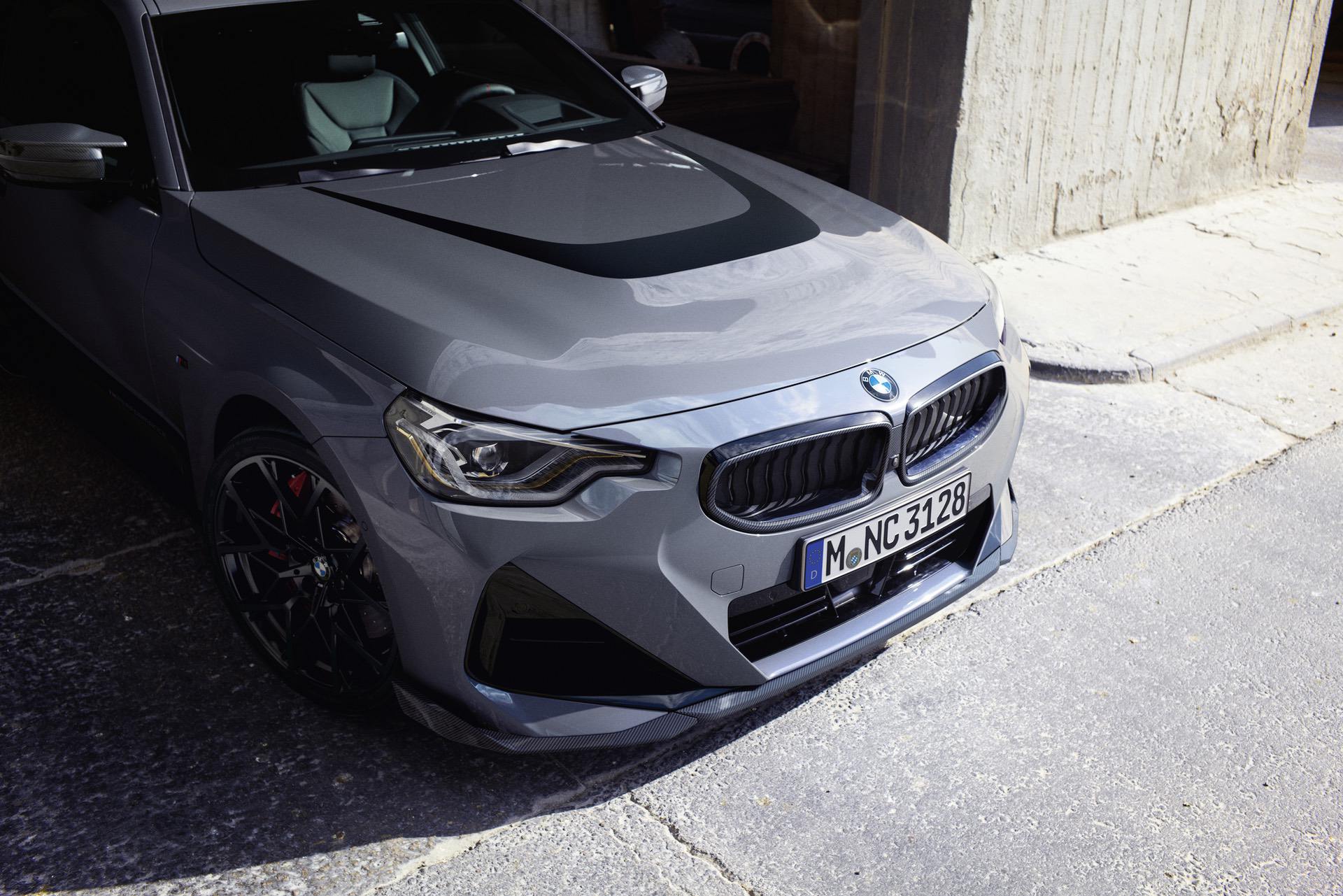 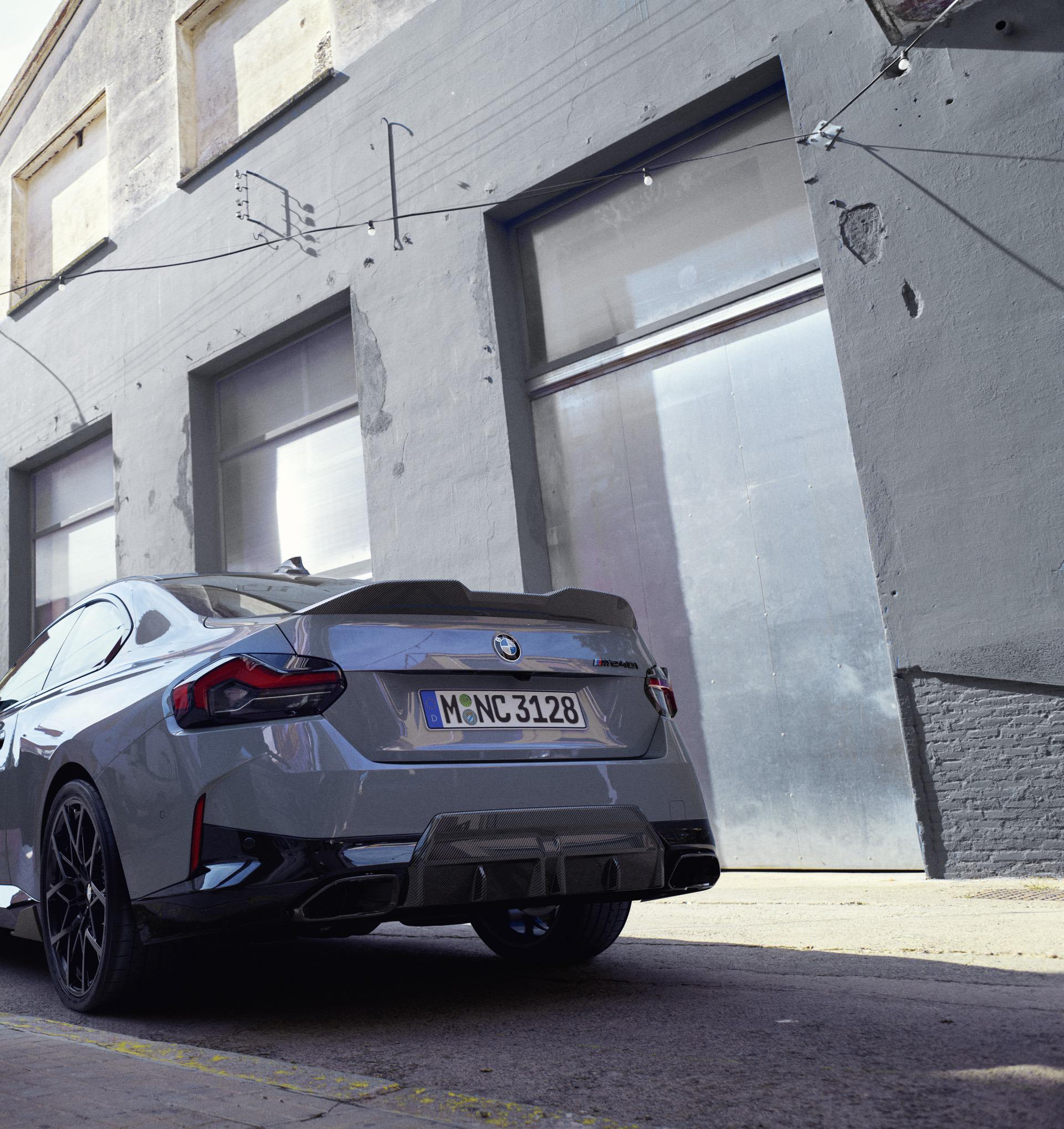 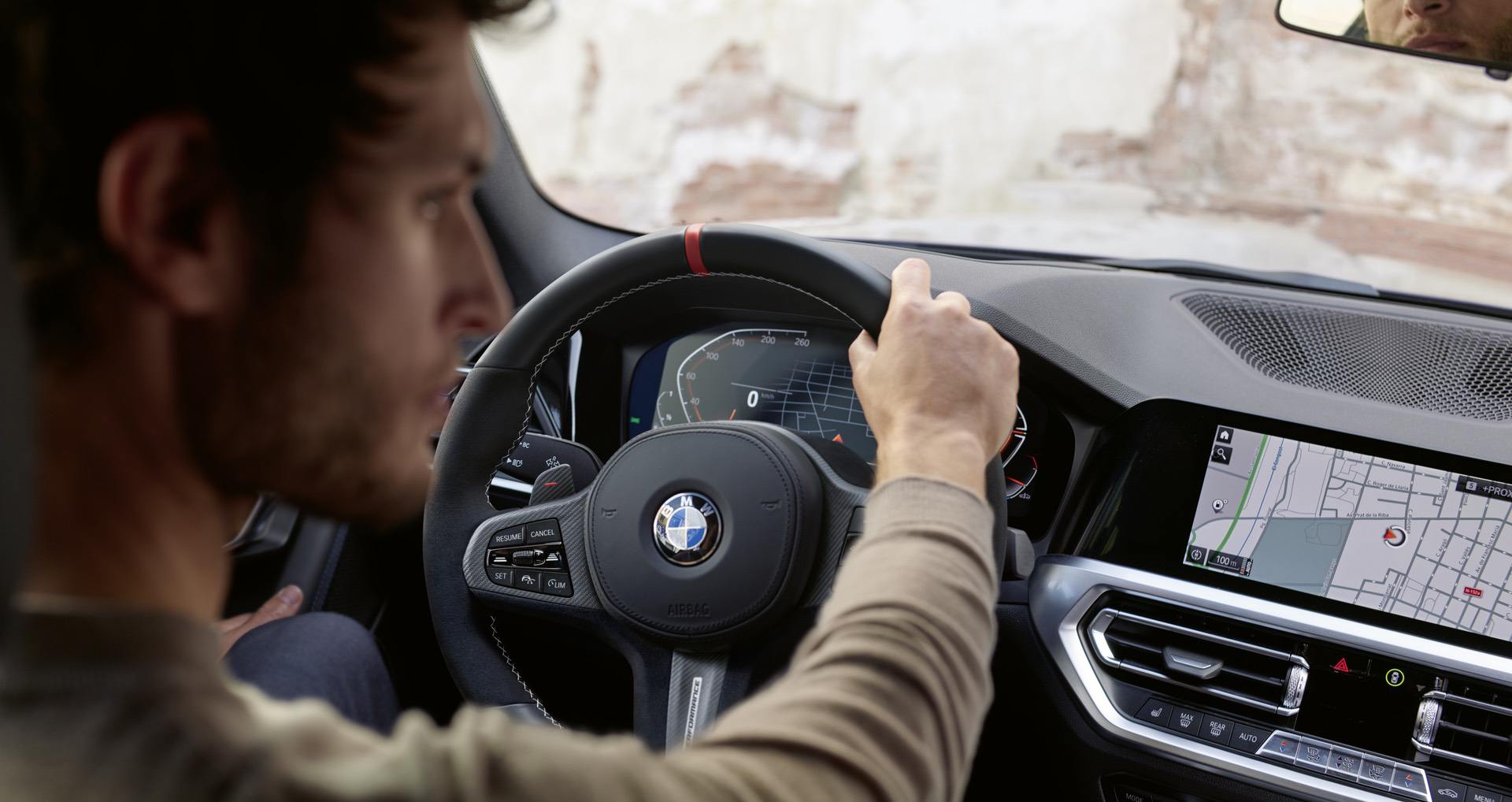