Ever since the new BMW M4 Competition launched, people have been wondering how fast is it on the Nurburgring. It may seem like an odd curiosity for some, but the Green Hell remains a very important track, not only for BMW, but for the car community as a whole. And the M4 is no random sportscar either, as it is viewed by many as a reference and has been used as a benchmark by some car makers too, even though they wouldn’t admit it.

So, how fast is the M4 Competition? Well, the video below might provide an answer. The guys from sport auto in Germany took one out for a test around the famous track, to come back with an impressive lap time of 7:30.79. This doesn’t make the M4 Competition the fastest M4 ever to lap the track, but, that title goes to the M4 GTS which was a limited-edition model.

Even so, the current M4 Competition was just 1 second behind the very fast BMW M5 CS and managed to beat the Giulia QV in the process, all while doing it stock, with a journalist behind the wheel. 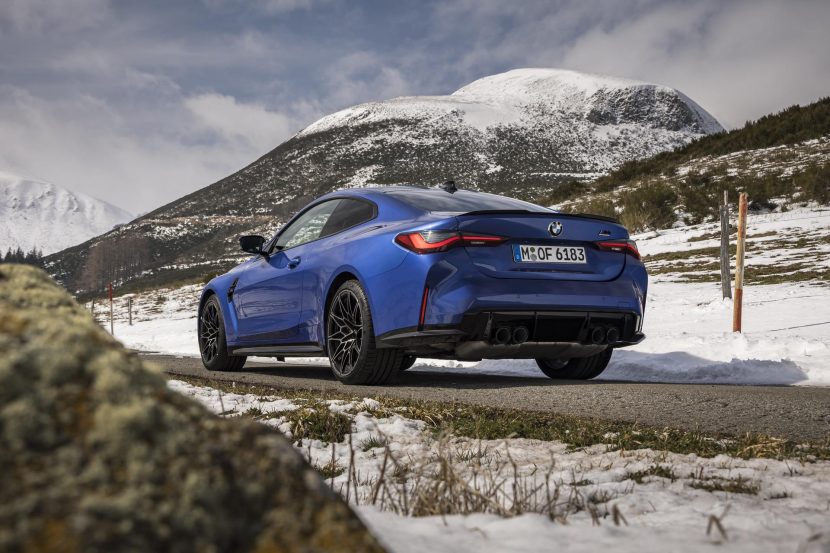 We’re mentioning that because this isn’t an official BMW attempt, like it was in the case of the Alfa Romeo. When the Giulia QV did its lap time, it was done with a pro driver behind the wheel and the full specs were never disclosed. In this case, we’re talking about a BMW M4 Competition press car with Christian Gebhardt behind the wheel. One mention has to be made though, the tires used were different than the stock ones, namely Michelin Pilot Sport Cup 2.

This result is very encouraging and we’d love to see BMW take a stab at it. We’d also like to know for sure whether this was a rear-wheel drive M4 or an AWD model. From the looks of the infotainment screen, it would seem like this car was made before July 2021 so it would probably be a RWD version.

It’s also interesting that Christian set up the traction control system to 6/10, allowing for some slippage on the rear axle. Impressive work!