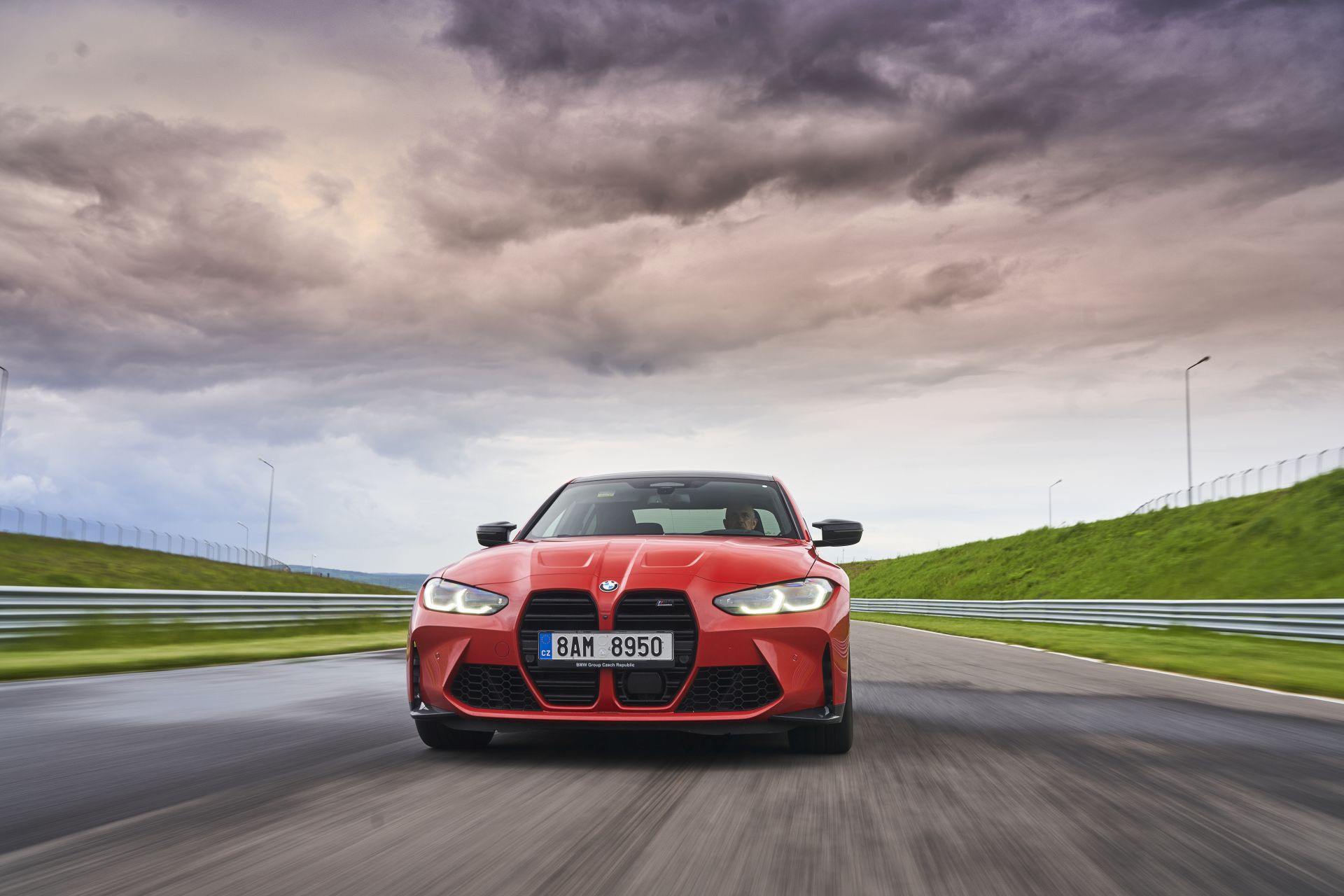 It seems like the new BMW M3 Competition has to constantly prove itself against all sorts of rivals, even some that are tuned and have massive power advantages. The M3 doesn’t seem to want to back down and the video below shows just what it can do, even against cars with over 700 horsepower. Admittedly, there are some details at play in this new Carwow video that might make a big difference.

The Nissan GT-R R34 Skyline, for example, uses a manual transmission, just like cars used to back in the day. Instead of using modern launch control, the GT-R requires a skilled driver to make sure the power is put down efficiently throughout the race. To fix that, the guys from Carwow brought in a professional to handle the cog swapping, both to squeeze all of the performance out of the car but also to protect it from blowing up.

That’s because this Skyline wasn’t stock. Instead, it developed 750 horsepower and 800 Nm (590 lb-ft) of torque from its 2.7-liter straight-six, thanks to a very big turbo and a tune. It’s the same story with the Mustang in the test, which was also heavily upgraded. It had 735 horsepower coming from the 5.0-liter V8 under the hood, thanks to a big supercharger. The Ford, however, used an automatic gearbox and, even though it’s rear-wheel drive, it had drag radials on, to try its best at putting that grunt down.

The problem is, the BMW M3 Competition was the most recent car here. Therefore, even though it was down on power (510 HP), it had the most modern traction control system. It was a rear-wheel drive model but the launch control sequence it comes with did a great job at putting all the power down. So, who won? It will depended on several factors in this case. The standing start launches went to the M3, easily, but it wasn’t all easy cruising for the Bavarian machine. Check out the video to find out why.