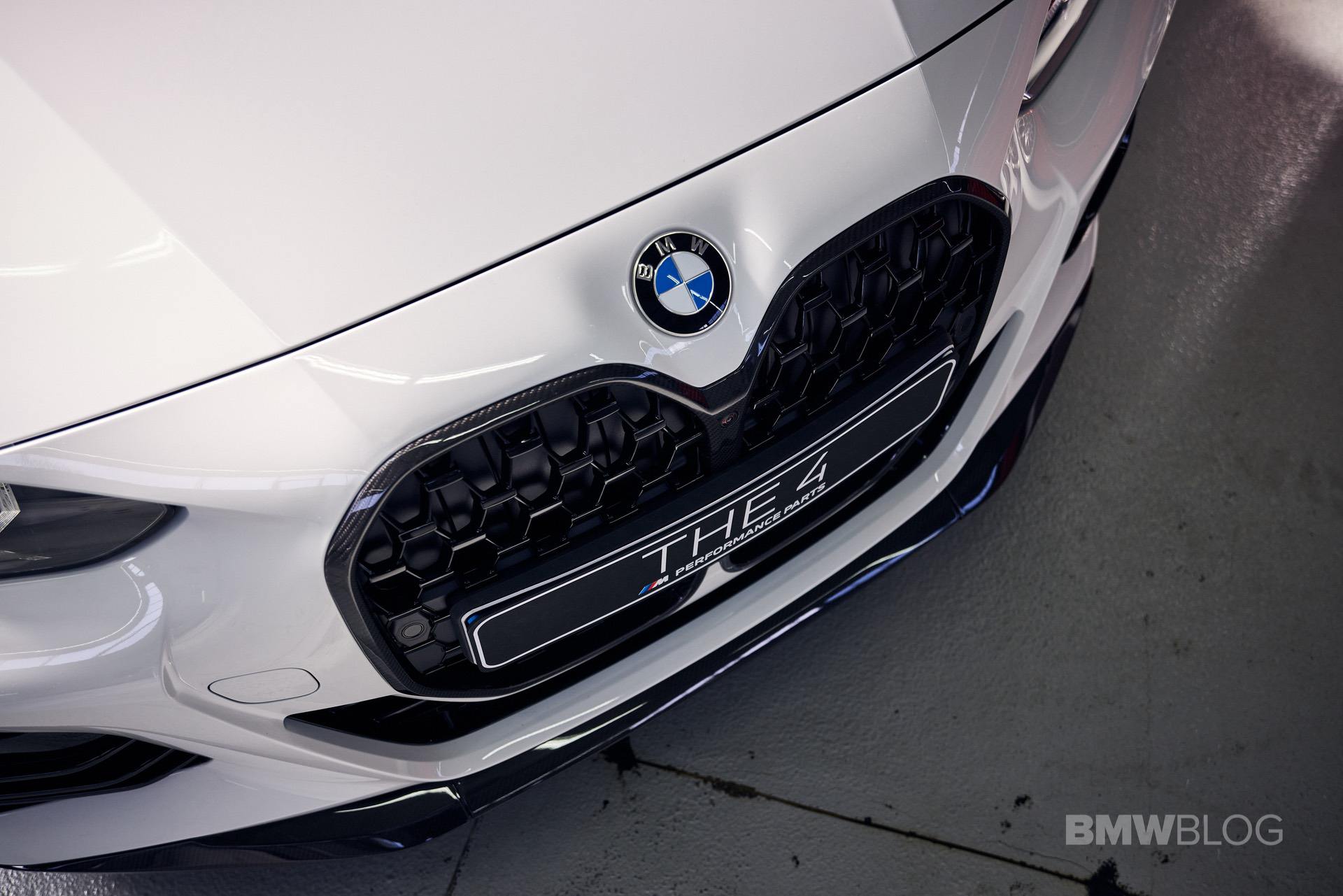 In a new video, BMW introduces a series of M Performance Parts for the new 4 Series Gran Coupe. The short clip showcases the usual suspects: a carbon fiber front lip, new grill surrounds, side skirt attachments, a carbon fiber diffuser and trunk spoiler, and of course, the typical carbon fiber mirror caps. As always, the blacked out parts are paired with the Alpina White color on the exterior and the usual black-painted wheels. A combination that almost never fails to impress.

BMW’s second generation 4 Series Gran Coupe made its debut this June. And for many reasons, the four-door coupe is such an interesting and exciting car for so many BMW customers. This new 4 Series Gran Coupe is obviously based on the new 4 Series Coupe, just with two more doors and a hatchback trunk. It also shares its body style with the already-revealed, all-electric BMW i4. However, much like the current F36 4 Series Gran Coupe, this new car is the best looking of the bunch. 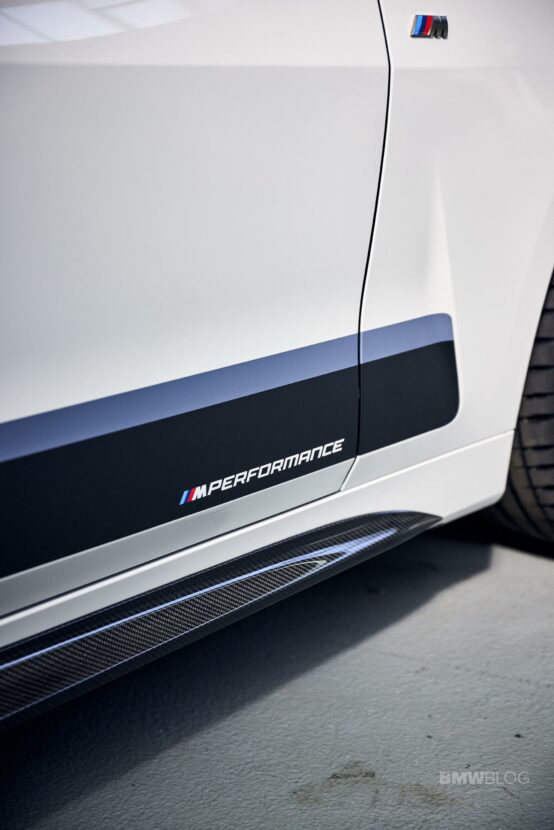 Much like the BMW i4 M50, the new BMW M440i Gran Coupe features some more aggressive bits. For instance, it gets sportier looking wheels, trapezoidal exhausts, and M-style mirrors. As-standard, the 4 Series Gran Coupe is going to be a pretty luxurious car. But you can always style it with some aftermarket parts for that extra oomph.

Inside, the M440i Gran Coupe gets a very typical M Performance BMW interior. The BMW i4 has a more unique iDrive screen and digital gauges but the 4 Series Gran Coupe sticks with the current familial BMW formula. As with other BMW models, the M Performance catalog will have plenty of parts to decorate the interior as well.