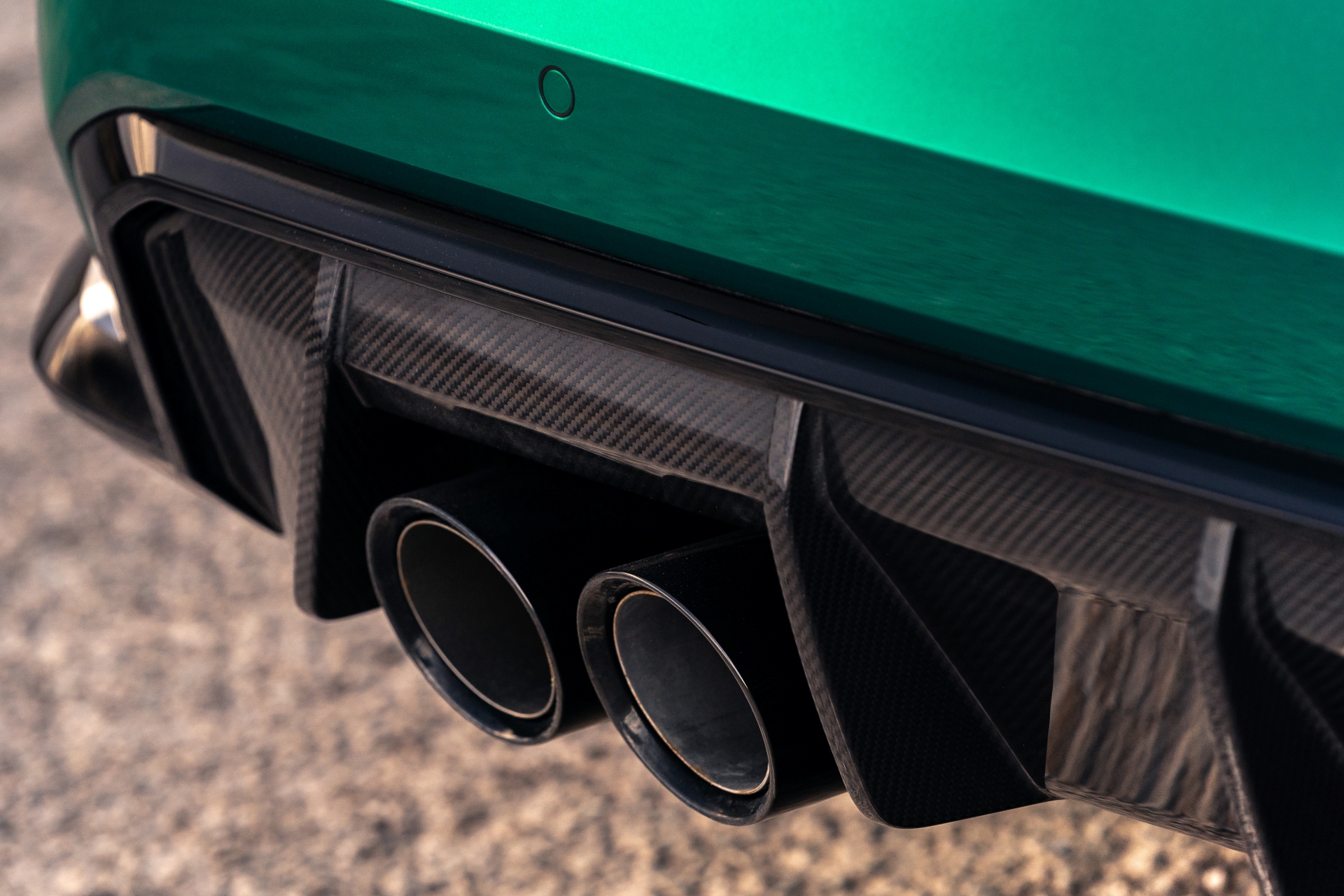 The G80 BMW M3 Competition comes with the latest version of the brand’s S58 engine. It’s a 3.0 liter twin-turbocharged straight-six engine based off of the standard, single turbocharged BMW B58, the latter of which is used in nearly every “40i” designated BMW. The standard B58 is one of the best engines BMW has ever made so, naturally, the M Division’s S58 version is even better. The only downside is that, due to emissions regulations and exhaust particulate filters, it doesn’t sound great. It’s not bad, it just lacks some of the excitement we’ve come to expect from a BMW M straight-six.

Thankfully, that’s where Akrapovic comes in. The Slovenian exhaust company has been making some of the best exhaust systems in the world for several years now, partnering with some of the biggest automotive brands for both production car exhausts and even race car exhausts. Their systems typically sound far better than stock exhausts and that’s no different here, for the BMW M3 Competition.

In this new video posted to Akrapovic’s Facebook, we get to hear their new exhaust for the G80 BMW M3 and G82 BMW M4 (the latter is what’s actually in the video). Both cars sound the same, being that they both have the exhaust same engines, so the exhaust will sound the same regardless of which car you have.

After hearing the S58 engine with Akrapovic’s exhaust, we can immediately tell that it sounds louder, more metallic, and angrier than before. It also has a bit of a burble-tune, the sort of automotive flatulence that’s become incredibly popular among car enthusiasts, which gives it a bit more drama. The standard car sounds okay but it sounds much better with an Akrapovic system.

If you’re a BMW M3 or M4 owner and you’re looking to get rid of the pesky OPF filters that ruin your exhaust noise, Akrapovic has you covered. Though, do so at your own emissions risk.