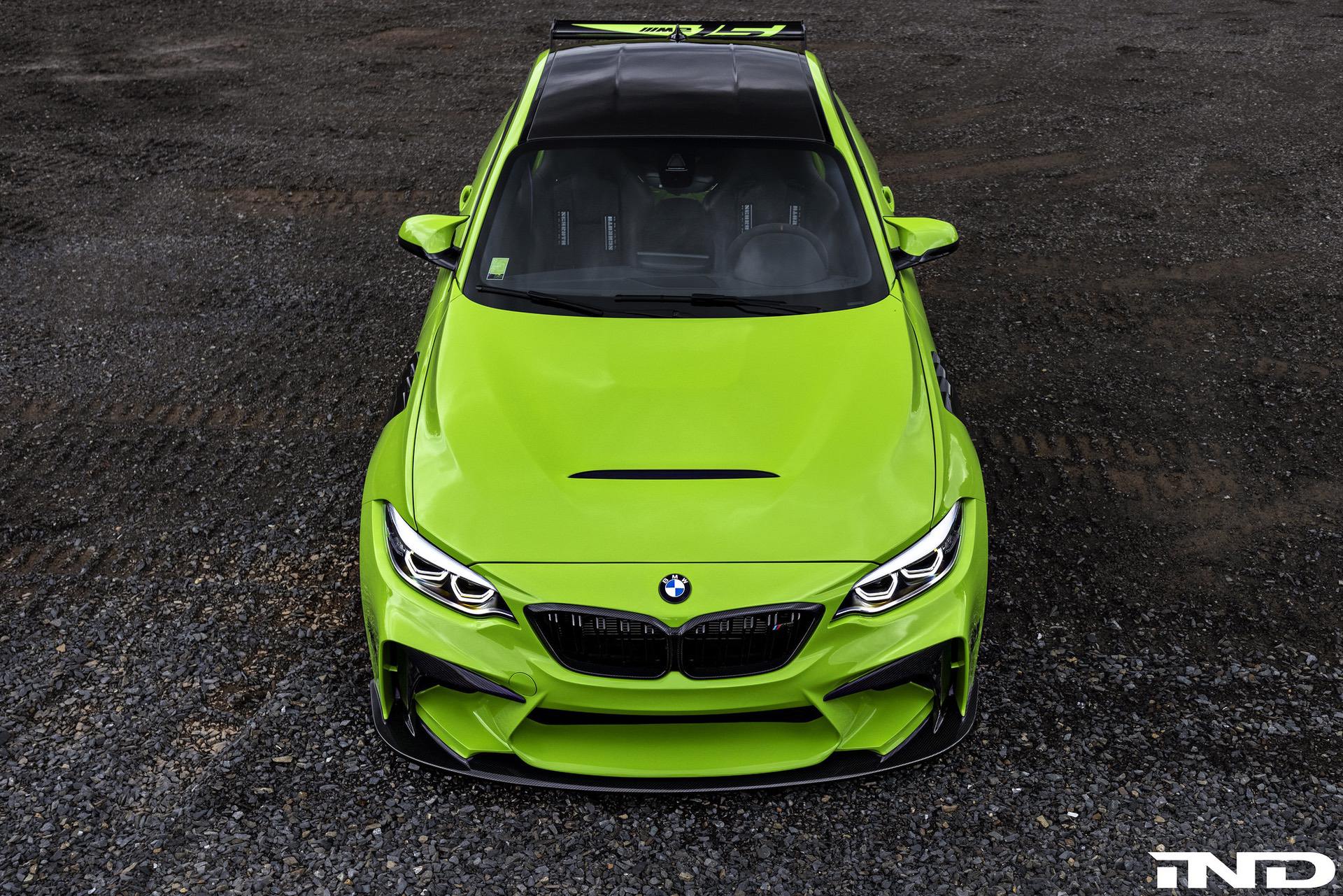 This BMW M2 Competition from IND is intense. It started out life as a standard M2 Comp but ended up becoming something far more extreme. A lot of its exterior parts were sourced from 3D Design, along with some parts from the M2 CS and even the M2 CS Racing. But that’s not where IND stopped. It also received a ton of performance, suspension, and even interior upgrades, to make this one of the most heavily modded M2s we’ve ever seen.

On the outside, this BMW M2 has the rear wing from the M2 CS Racing, 3D Design bumpers and side skirts, the carbon fiber hood from an M2 CS, an RKP carbon fiber roof, IND M3/M4 mirror caps, gold three-piece BBS wheels, front fender louvers, and a Porsche Yellow-Green custom paint, along with some decals. As I said — intense. 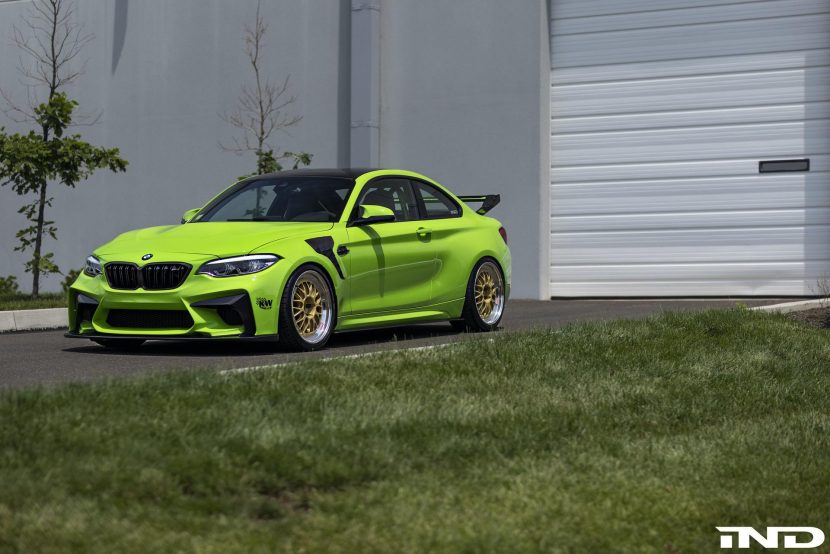 Under the skin, it has KW Clubsport three-way coilovers, which not only improve handling but give it its stance. It also has a front Mono ball conversion, rear upper control bearing kit, front and rear sway bar, race toe link kit, and rear camber shim kit from Fall-line Motorsport.

Thankfully, it also has Brembo brakes, with 380mm discs up front and yellow calipers, to help slow it down. Which it’s going to need, as its 3.0 liter twin-turbo I6 also has a carbon Eventuri intake, an ESS tune, and an Eisenmann Downpipe with sports exhaust system and carbon tailpipes. So it should make quite a bit more power than the 405 horsepower and 406 lb-ft of the standard car. 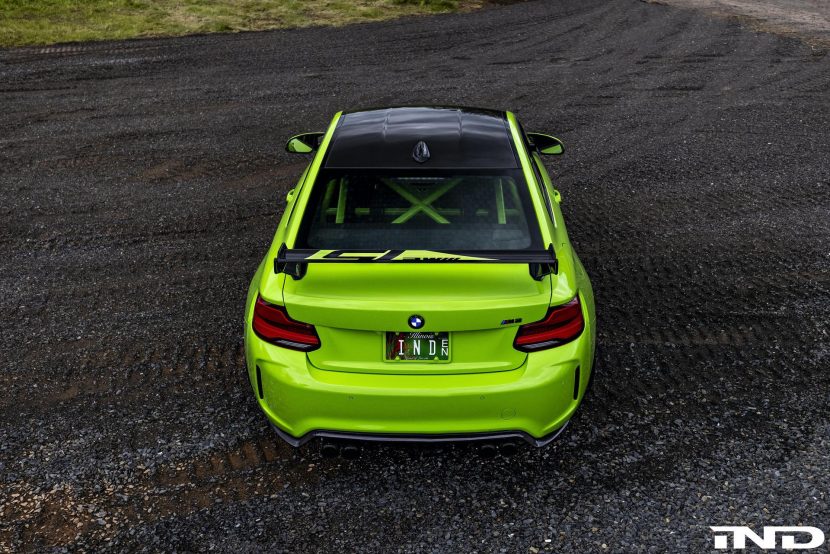 Inside, it has M4 GTS seats, along with the accompanied six-point harness, and an M4 GTS steering wheel. There’s also a roll cage, painted in an exterior-matching color.

Very seldom do we see a car so heavily modified that actually looks really good. This is one such case, though. This work from IND Distribution is really impressive, as it looks incredibly aggressive but also purposeful and functional. It looks like it’d take home trophies at both car shows and race tracks, which is what you want as an enthusiast. It might be extreme but it also looks great. 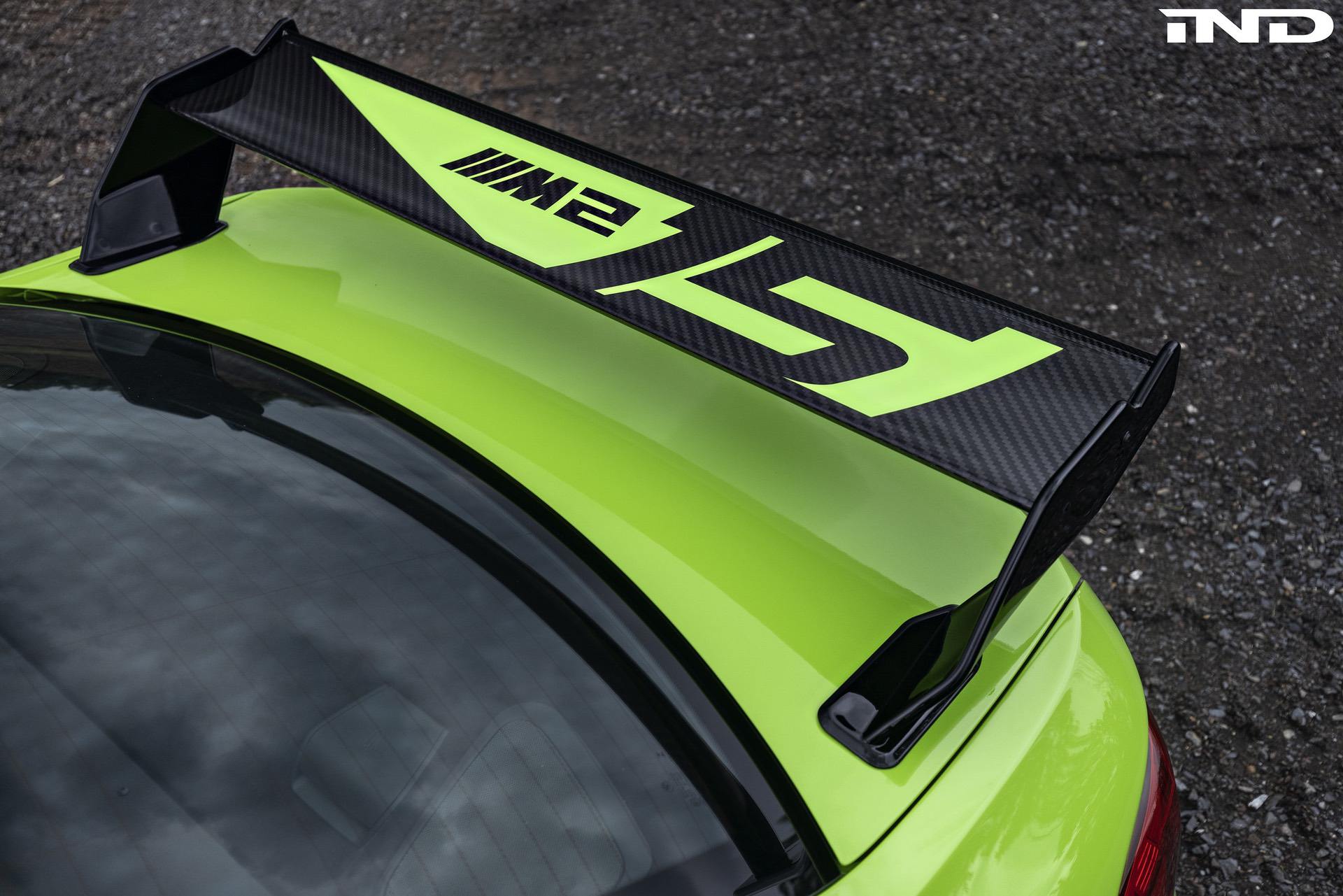 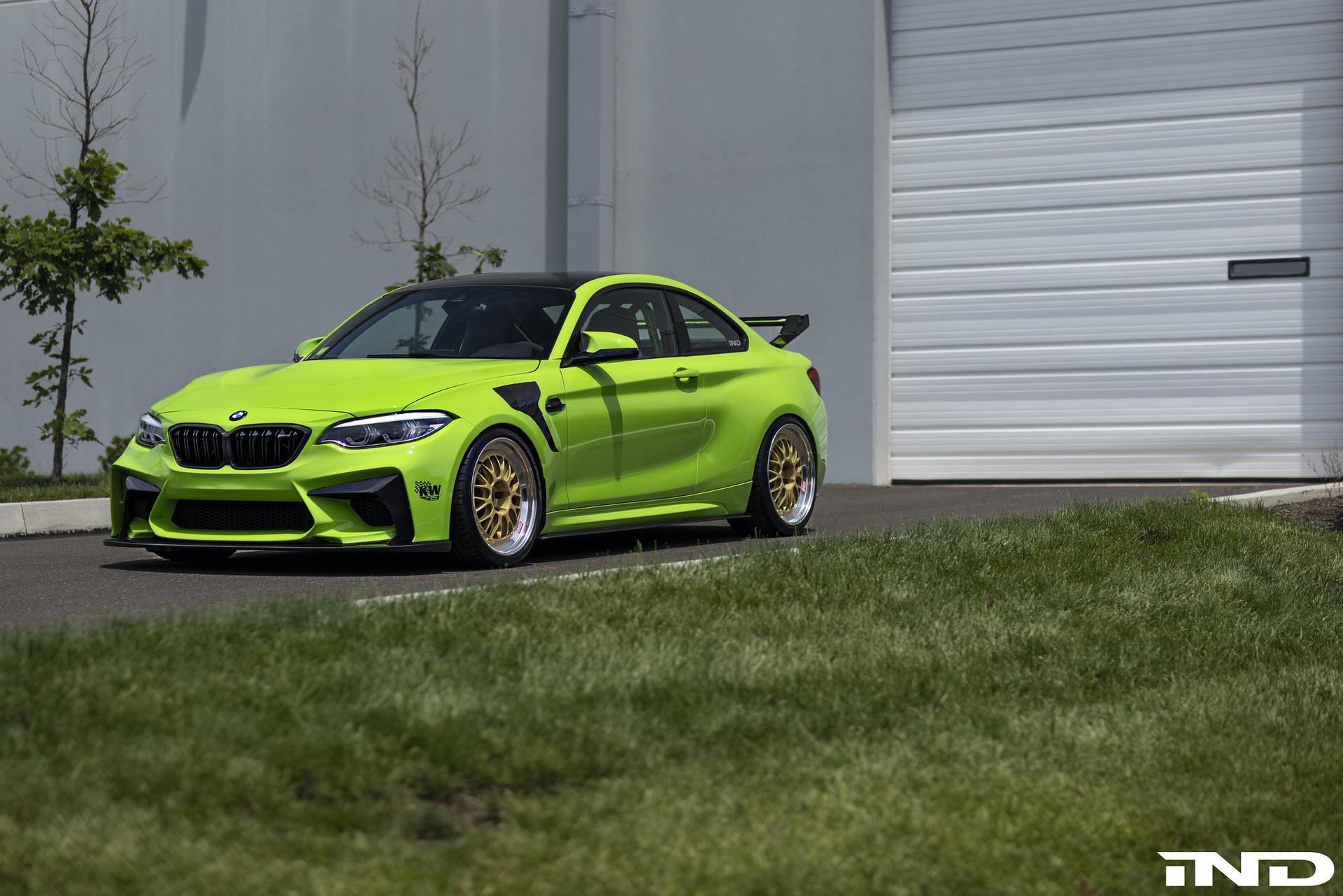 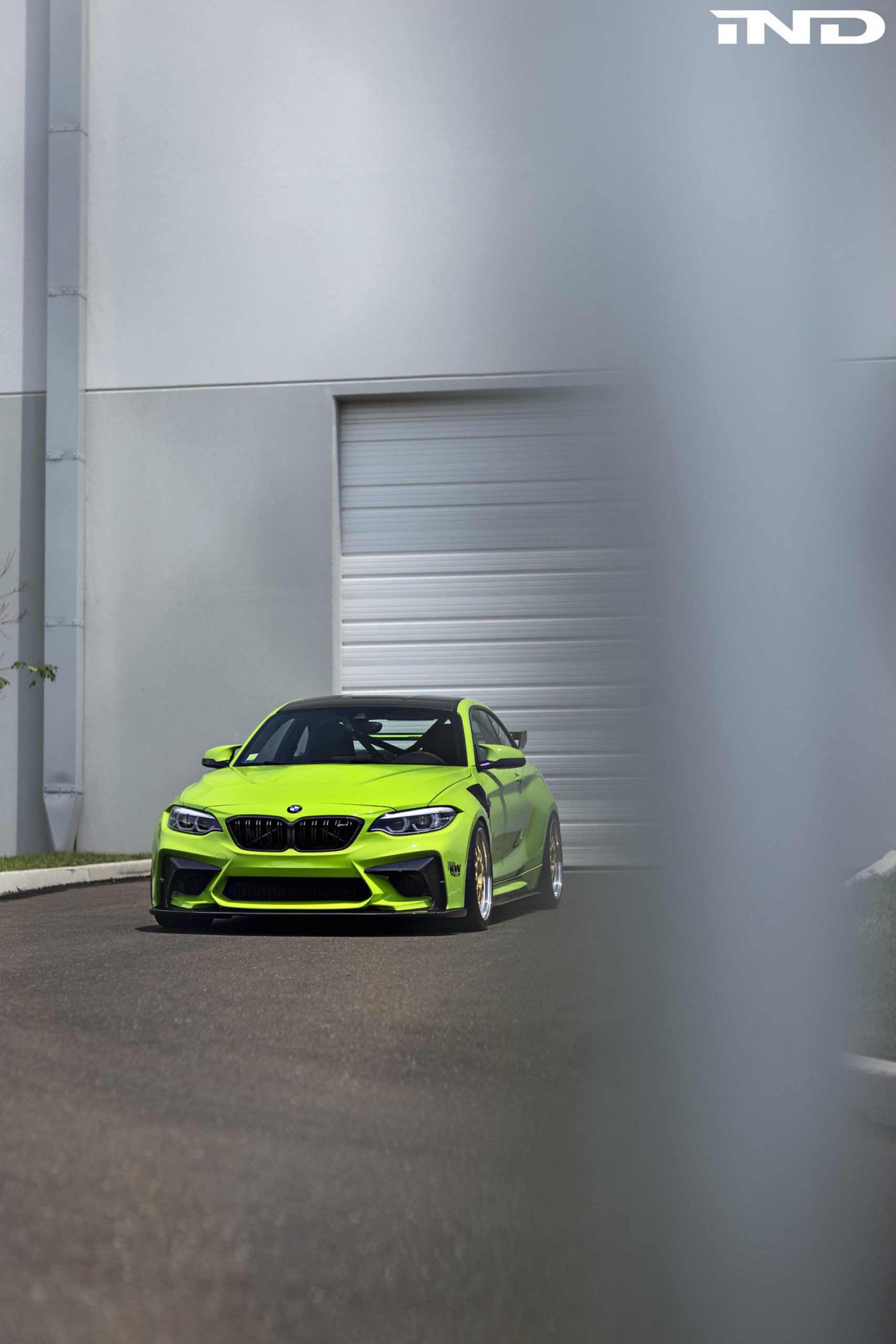 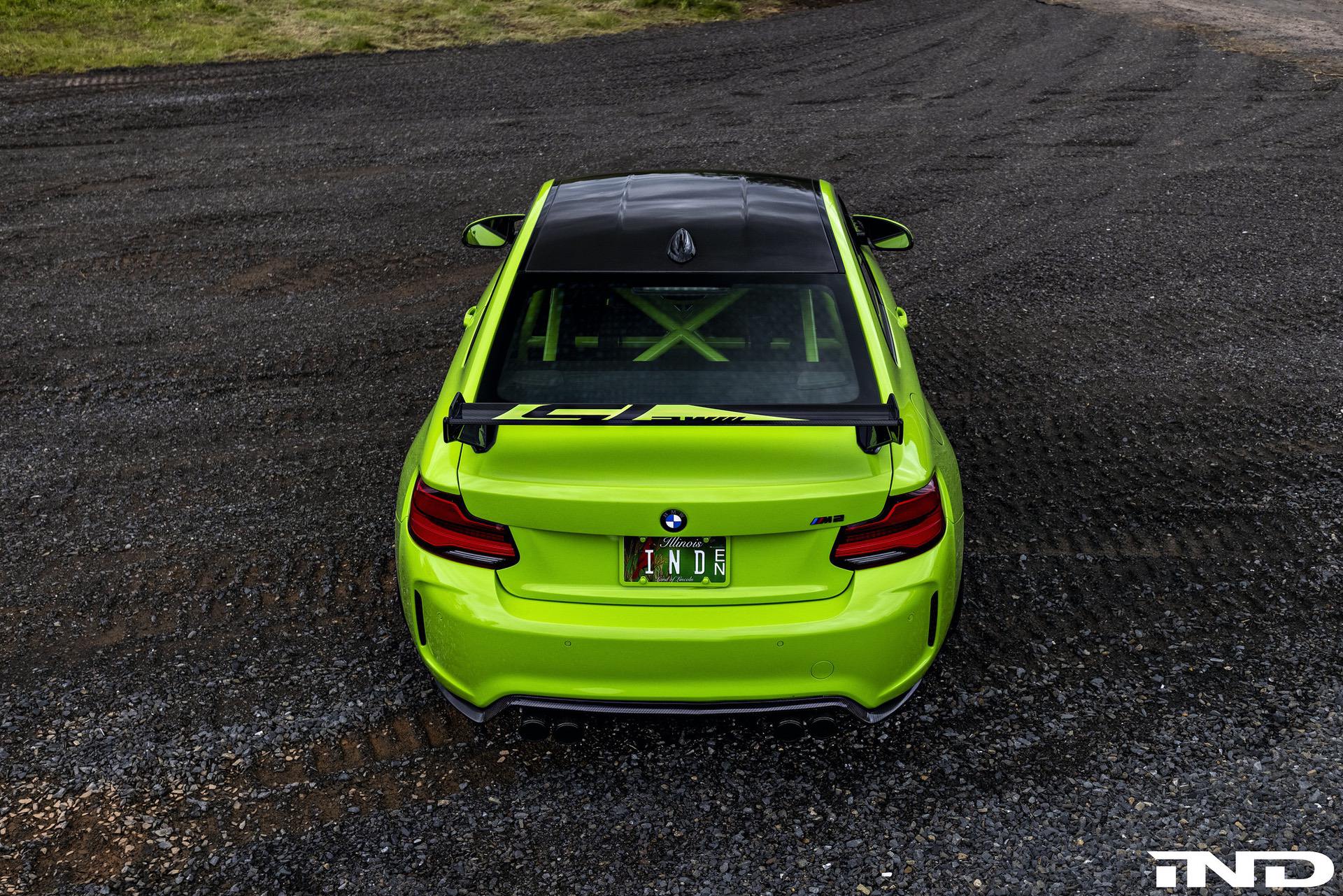 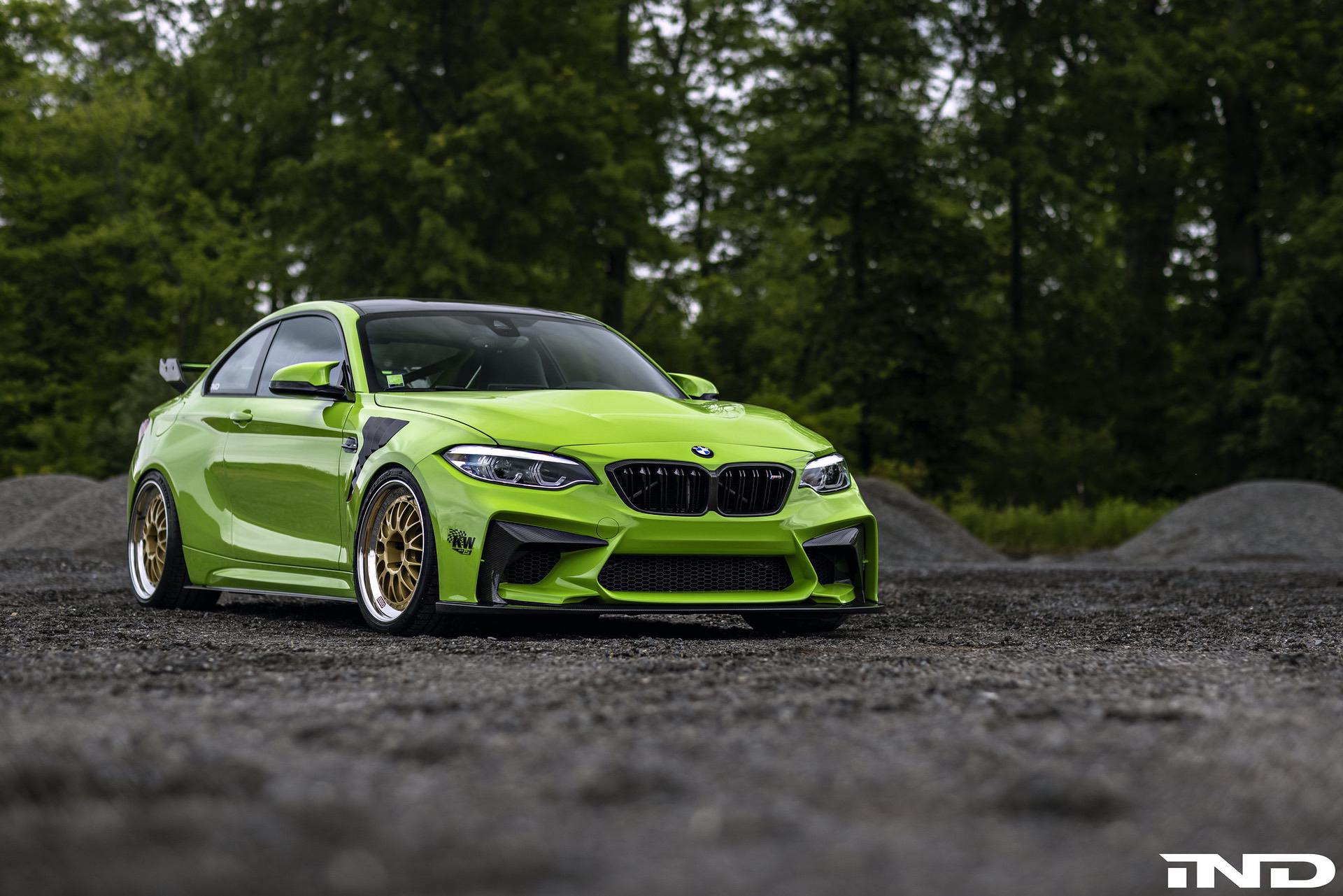