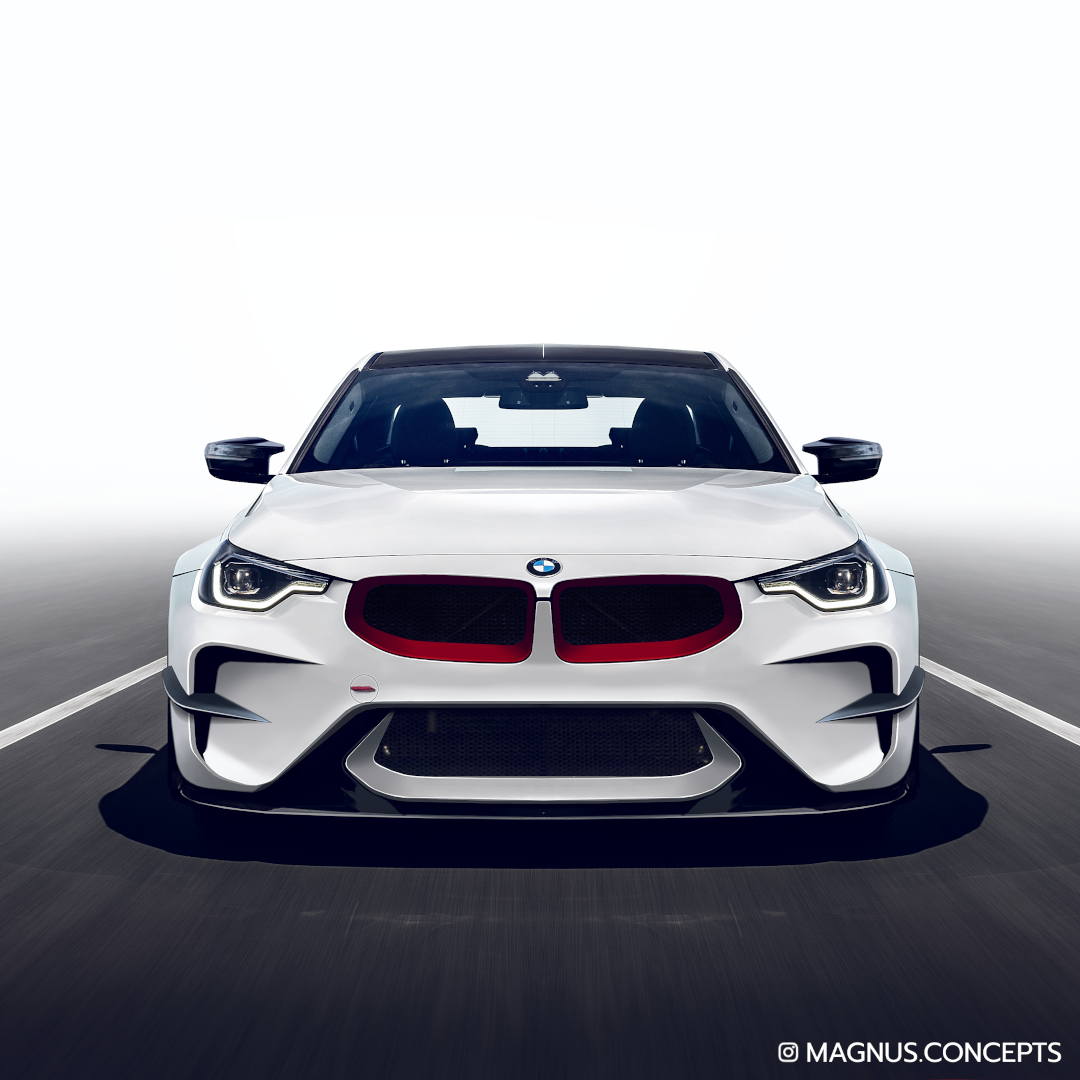 There is very little doubt that the BMW M Division is heading towards full electrification. Whether that will happen by 2025 or by the often touted 2030 deadline, remains to be seen. But it’s fair to say that all hands are on deck today in Munich trying to plan out their electric sports cars. One of them that has been in the news lately is the rumored BMW iM2. A flashy report from the UK came out last month touting a new M2 model with an impressive power output.

According to those reports, the BMW iM2 is in works at M (we couldn’t confirm those rumors yet) and will feature no less than 1,000 horsepower under the hood. The same rumormill churned out that the bodystyle of the iM2 is quite unique and one of the most aggressive ever designed. Therefore, based on those rumors and the recently unveiled BMW 2 Series Coupe, our friend and rendering artist @Magnus.Concepts put together the first BMW iM2 render.

As you can see in the image above, the BMW iM2 takes some design cues from the BMW M4 GT3 and naturally from the G42 M240i. The front-end gets the typical racing kidney grilles with two large openings and no slats. This render also features the super cool red accents. Moving lower, you would have immediately noticed the carbon fiber canards which integrate with the two large air curtains.

Below that you have a restyled intake which floats above the carbon fiber lip. Of course, the M mirrors are present, same as the carbon fiber roof and power dome. The single headlight design is retained as well and that’s a design feature which we will most likely see on the G87 M2 as well.

In the end, this is still a design exercise, but according to our own sources, “the G87 M2 will blow us away.” When pressed for more info, our source said that the G87 M2 will be the most aggressive-styled M car to date, reminiscent of BMW racing cars and certainly a great send off for the combustion-powered M cars.

And if it turns out like this rendering, consider us impressed!