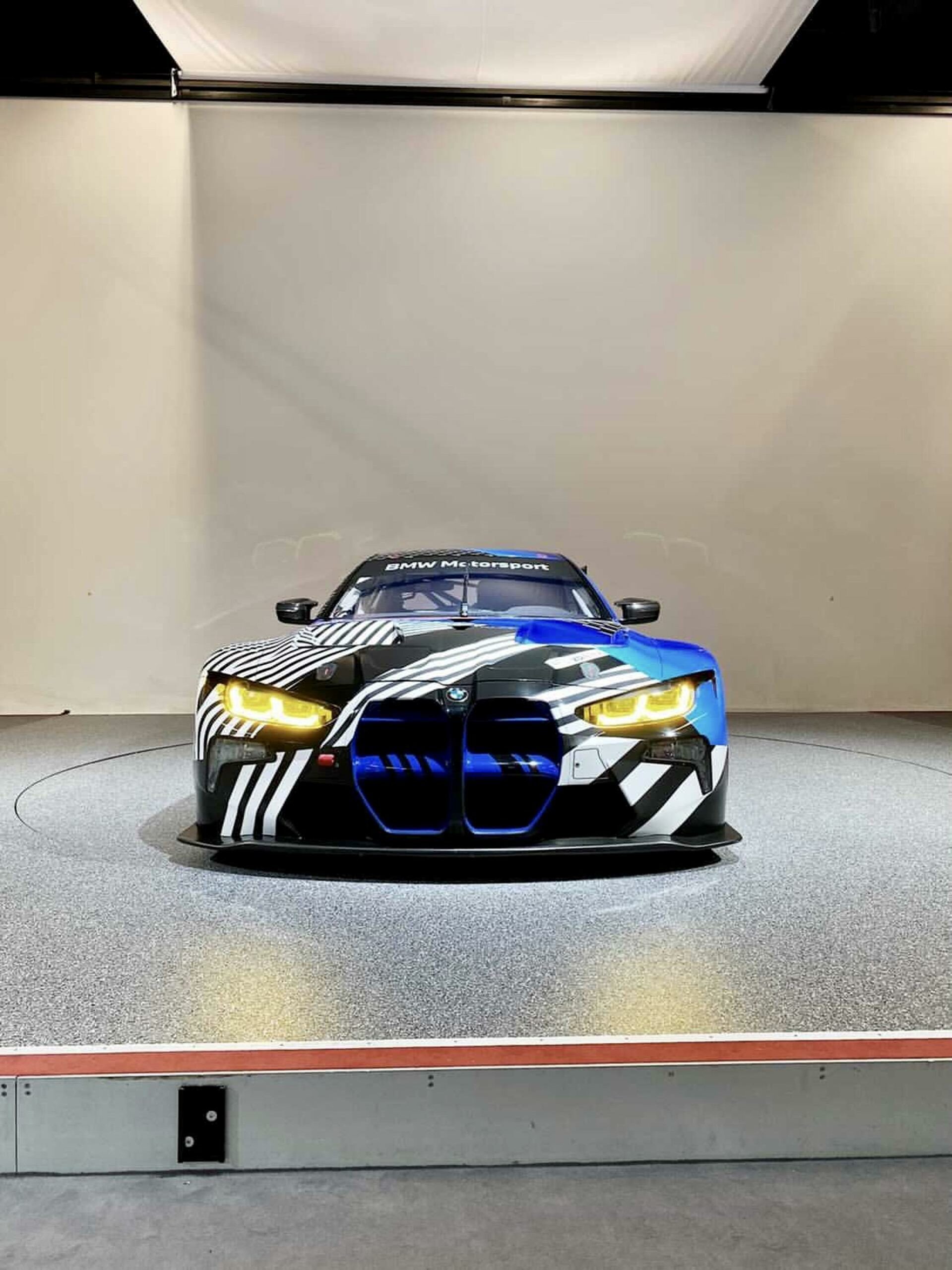 Live from Munich we bring you some new photos of the BMW M4 GT3 racing car. Based on the new G82 M4 Coupe, the GT3-spec car will begin racing for BMW and private teams in 2022. This will be an important model for the motorsport efforts of BMW, as it is going to replace the aging BMW M6 GT3 as well as the Z4 GT3 once it comes out, becoming virtually BMW’s only proposition in this segment.

It will be a long-awaited retirement for the M6 GT3 which has been used in various events since 2016, winning the Spa-Franchorchamps 24 hours during its debut year, only to surpass this success with a double victory two years later. It was confirmed a few months ago that the M4 GT3 is powered by a newly developed straight six-cylinder twin-turbo engine. 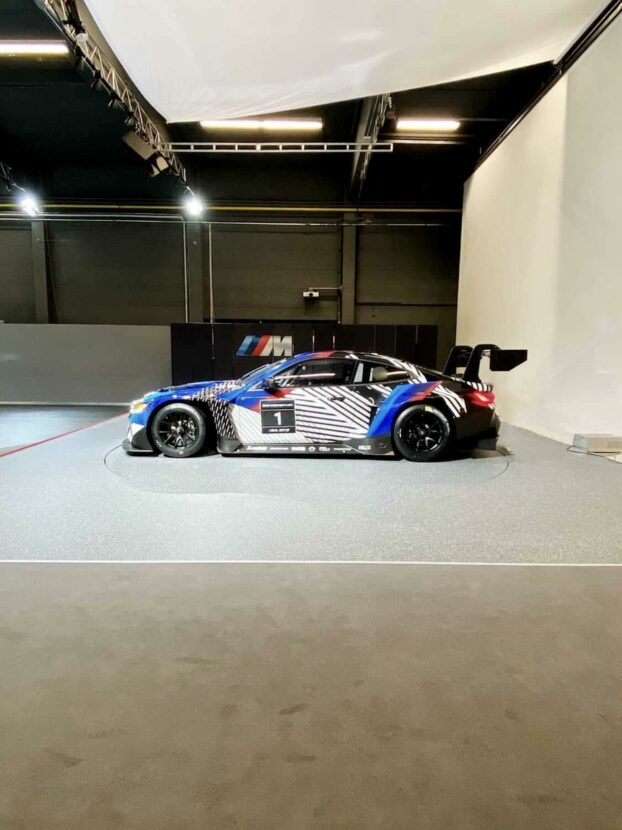 The engine, generating more than 500 hp, took to the test stand in Munich in February, while initial tests were performed in the BMW Group wind tunnel from the middle of the year, using a 60-percent scale model of the car. The first test chassis of the BMW M4 GT3 was produced at the BMW Group plant in Regensburg (GER) in early 2020. After that, the test car used for the rollout was assembled within roughly six weeks in the BMW Motorsport workshop.

In the U.S., According to Sportscar365, Turner Motorsport intends to race two BMW M4 GT3 models when they become available in 2022. The M4 GT3 will replace Turner’s M6 GT3 racing car which has seen some great success recently. “We fully intend on running a pair of M4s when it’s ready,” Will Turner said. “We’ve been following the progress.” According to the team’s owner, the racing team has provided input into the car build since some of the rules and specs are different in North America. 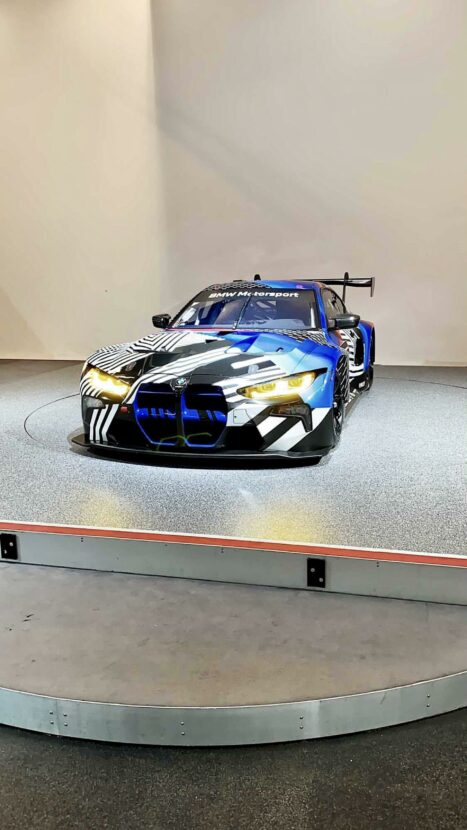