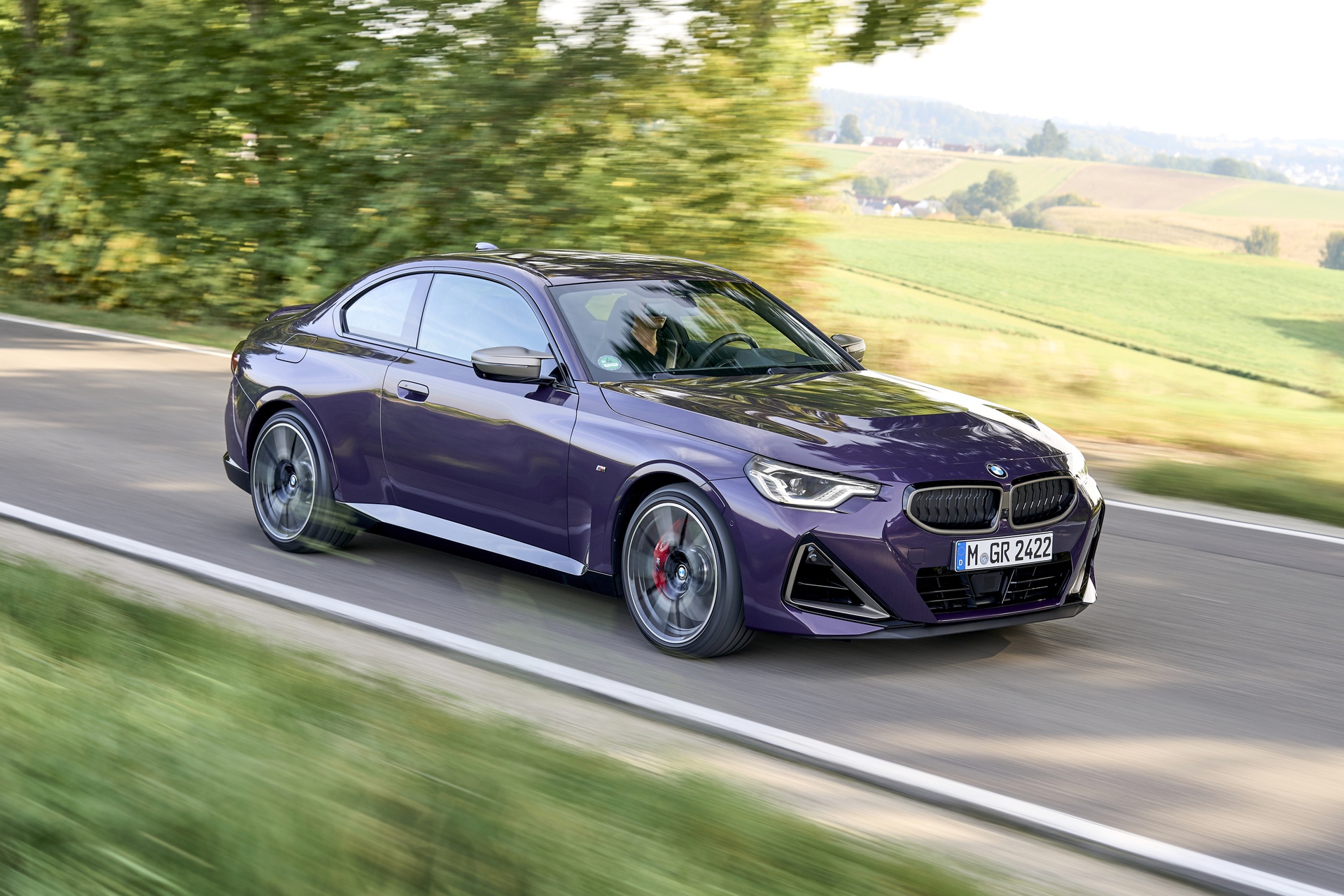 With just a few days before its world debut, the 2022 BMW 2 Series Coupe leaked on the interwebs. The “news” comes as no surprise considering that most, if not all, new BMW cars have been leaked in the last few years. And when it comes to the new G42 2 Series, the first leak actually occurred in 2020.

The leaked image points to a BMW M240i model in the new Thundernight metallic color which was seen in several spy photos. The front-end doesn’t get the massive grille from recent BMW models, but it does alter some fundamental BMW design cues. And the most obvious one is the single circular LED light reminiscent of BMW 02 models.

The functional kidney grille also gets a new interpretation, in a way similar to the BMW Z4 Roadster. The wide kidneys give the car an even more impressive stance on the road and has a single frame design. The inner slates of the kidneys have also been redesigned and look quite different than any other BMW today.

Moving towards the lower front-fascia and you will be immediately greeted by massive air curtains which are easily the most aggressive and dynamic element on this new design. It also sets the bar quite high for the upcoming G87 M2. The lower air intake is equally impressive in size and sportiness.

Last but not least important design cue on this 2022 BMW 2 Series (M240i) is the reshaped active bonnet featuring a power dome. Of course, we can’t ignore the M side mirrors and the flared fenders of the new 2 Series Coupe which turn this new model into one of the most attractive ones of the current BMW lineup.

Unfortunately, the materials are still under embargo until July 6th at 6PM Eastern Time, but as always, we will have plenty of things to share with you after the embargo expiration. So stay tuned on BMWBLOG and on all of our social media channels (@BMWBLOG) and Youtube.