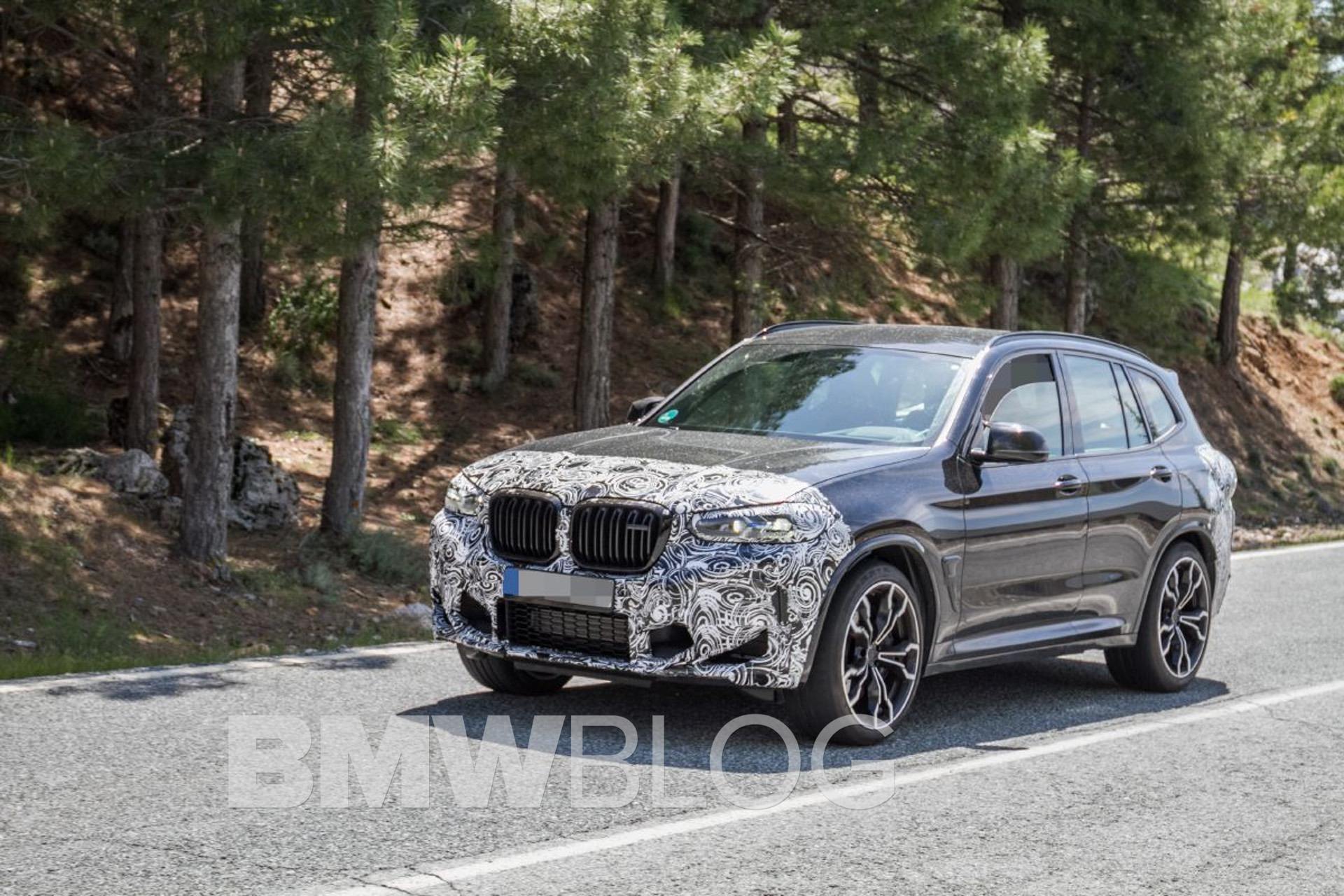 BMW just released a teaser clip of both the BMW X3 M and X4 M, showing off quick glimpses of both cars during some sort of high-speed car chase. As nice as it is to see those sorts of teasers, they really don’t show anything, by design. If you really want to get a good look at the upcoming X3 M and what it’s going to look like, check these new spy photos.

In these new photos, we see a black BMW X3 M wearing camouflage on its face and butt. Up front, its kidney grilles (thankfully) seem to stay the same. I remember first seeing the X3’s new kidney grilles and wondering how much bigger could they actually get. What a naïve little soul I was. Now, the X3 M’s grille looks tiny compared to the rest of BMW’s lineup and it’s better for it. 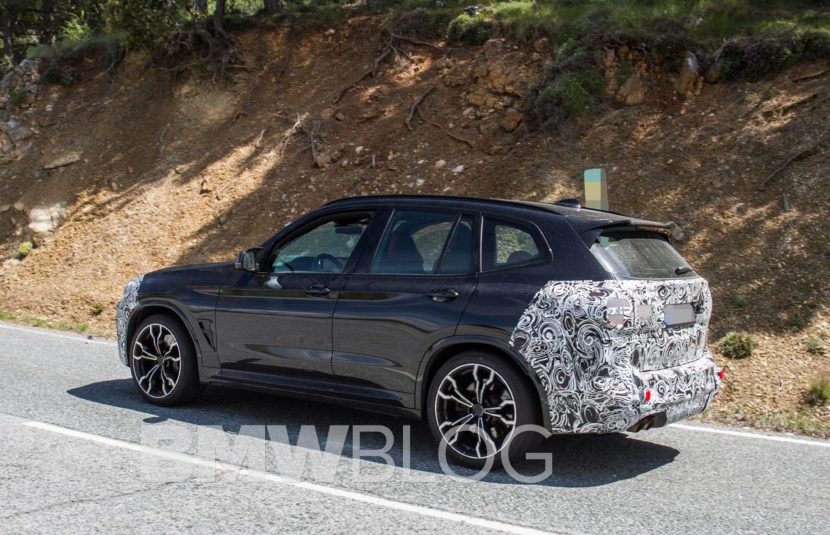 The headlights are new, though. They don’t look super different but they’re noticeably slimmer and sharper, with new lighting elements inside. The X3 M will get BMW’s latest laser light technology, giving it sharper looking beams.

Out back, this test mule is covered in heavy camouflage, so there’s really no details to be seen. Though, we honestly don’t expect many. With BMW’s more recently LCI updates, it’s been more reserved that usual, giving its updated cars only slightly different taillights at most. So don’t expect drastic changes out back.

Inside, there should be a couple of impactful changes. For starters, both the BMW X3 M and X4 M will get the latest Live Cockpit Professional digital gauges, upgrading from the semi-digital gauges of the pre-LCI car. Additionally, they will both get the latest iDrive system, though not the upcoming iDrive 8 seen on the BMW i4 and iX, sadly. 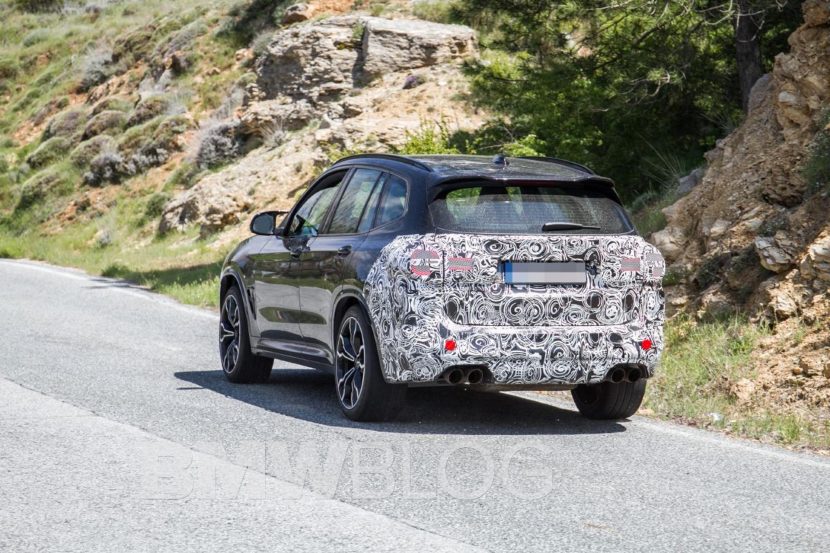 If there are any mechanical changes made, I’m praying for softer suspension. Calling the pre-LCI car brutal on the road would be a massive understatement. I needed to have three of my spinal discs surgically separated after driving the X3 M for a week. Considering the X3 M is an SUV and not a hardcore track car, it doesn’t need to be so brutal. It can get softer suspension and still be excellent to drive. So please, BMW M, ease up on the shocks a bit, please.