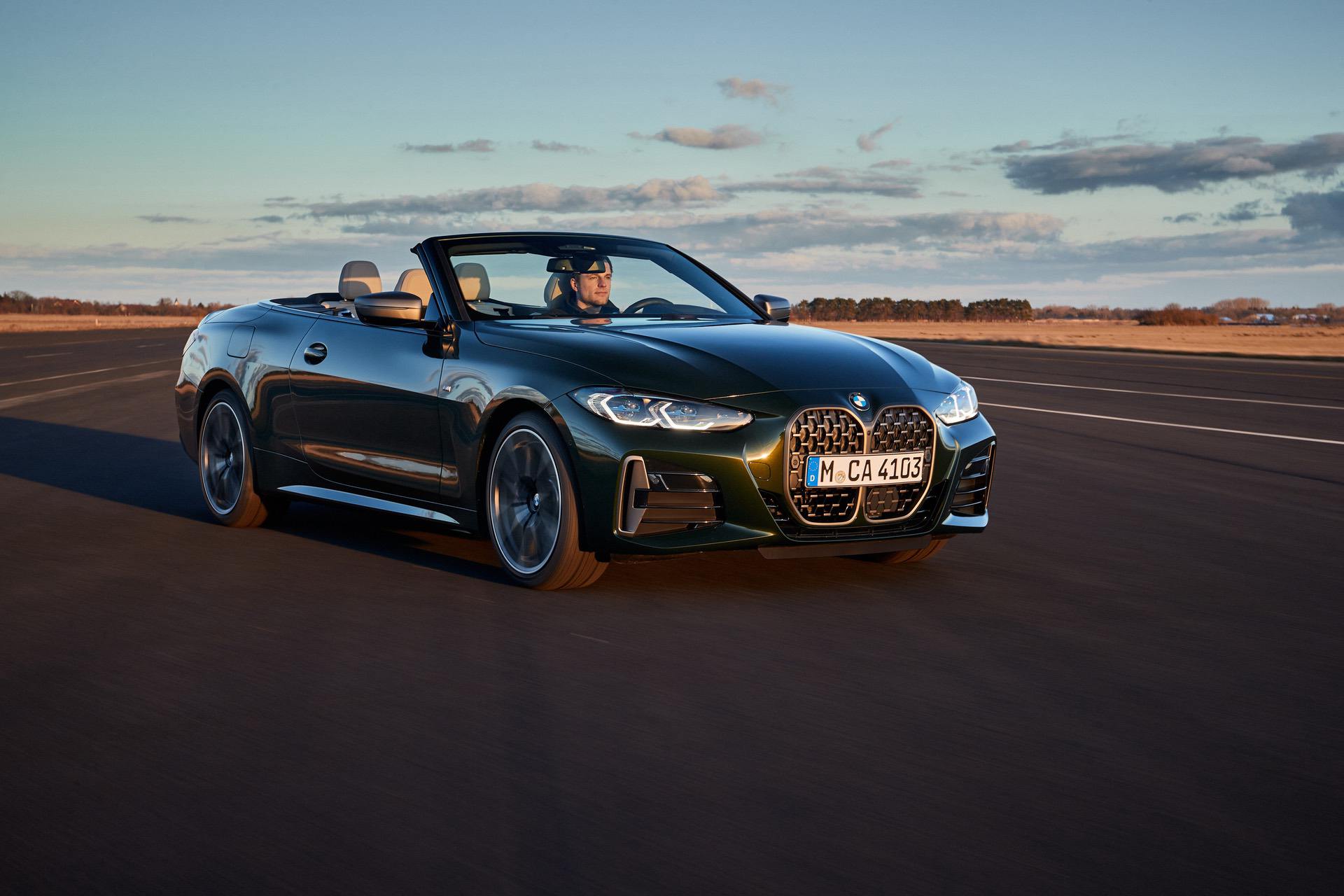 Now that the BMW M4 Coupe is hitting dealerships and customers taking delivery, it’s time for BMW to start rolling out its drop-top version. The BMW M4 Convertible is one of two M3/M4 variants remaining, the other being the M3 Touring but that’s a long way off. While we have a good idea of what it’s going to look like (an M4 without a roof, duh), we still haven’t officially seen it. Thankfully (or not, depending on how you like convertibles), the M4 ‘Vert was recently seen doing some testing a the Nurburgring in this new video.

To be honest, we’re more excited about this BMW M4 Convertible than typical M3/M4 convertibles. Reason being is this new G82-gen chassis is really good and inherently very stiff. So we expect BMW to make a killer drop-top driving experience out of this new topless M4. Especially considering how bad the last one was, with a chassis flex so bad it felt as if each pothole would pop a new body panel off.

Though, we do worry that the already quite heavy BMW M4 will get far too heavy, with the addition of a folding roof mechanism and additional chassis bracing. Thankfully, to help mitigate that, the new BMW M4 Convertible is a soft-top, versus the old car’s folding metal hard-top. A soft-top is not only lighter but is also simpler and will fold away quicker. Soft-tops are also classier looking and offer a bit more customization, as you can typically choose the color of the fabric roof. Hopefully BMW allows for such customization.

If BMW can keep the weight down enough and maintain most of the Coupe’s chassis rigidity, the new BMW M4 Convertible should be a riot to drive. Sure, it will only be offered with an automatic gearbox and in Competition-spec, which is the less enthusiast-oriented spec, but it will still be a 503 horsepower straight-six-powered BMW convertible and that should excite any enthusiast.