Can the Revised Jaguar F-Pace SVR Take on the BMW X5 M?

Home » Can the Revised Jaguar F-Pace SVR Take on the BMW X5 M? 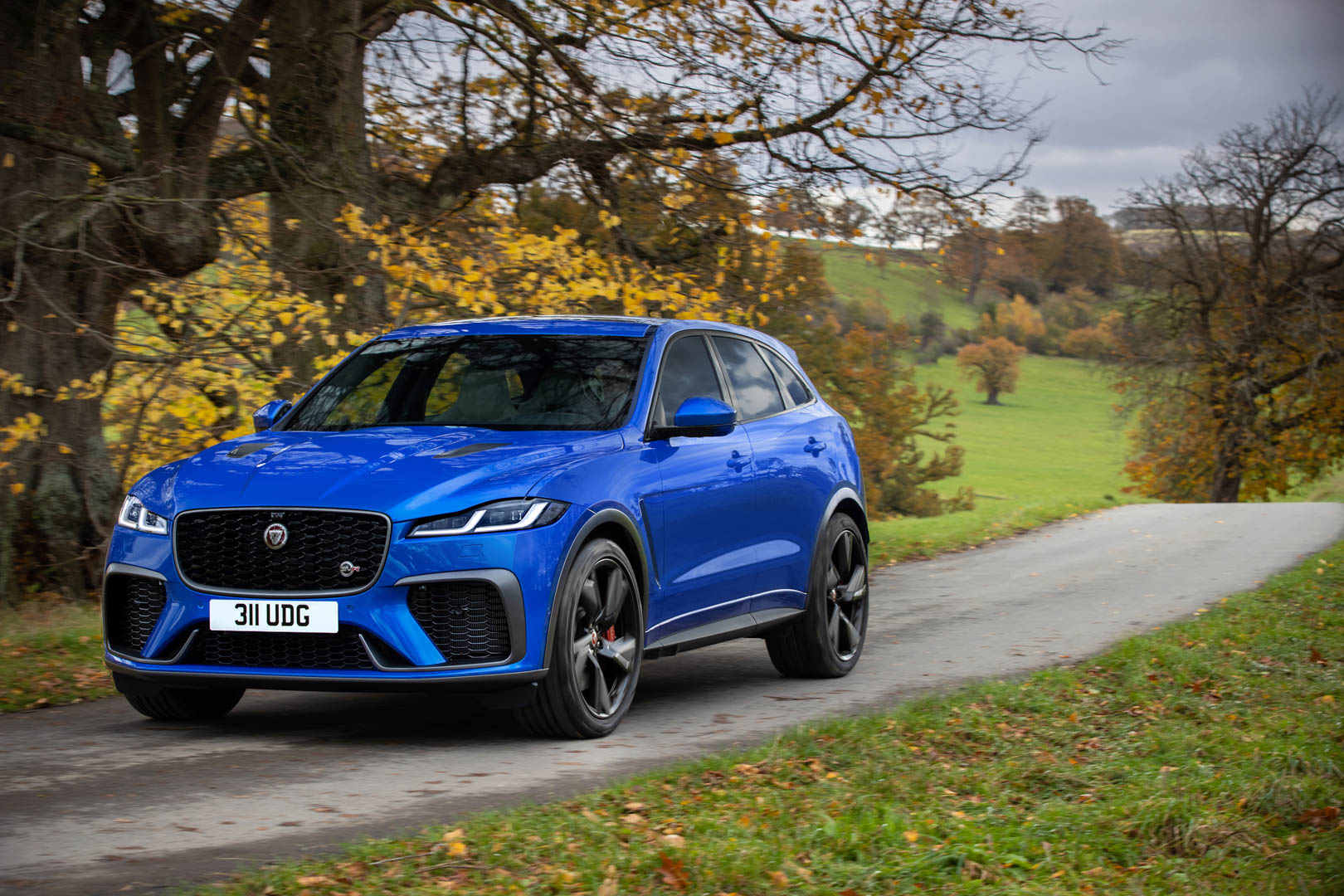 BMW used to be among the only automakers with a proper go-fast SUV. Its original X5 M was one of the O.G. super SUVs, along with the Porsche Cayenne Turbo. Soon after its initial reveal, though, more and more automakers began developing their own competitors and they continue to do so today. The newest addition to the segment is also the prettiest one — the Jaguar F-Pace SVR. So can it take on the new BMW X5 M?

The previous-generation F-Pace SVR felt a lot like wasted potential. It had a killer engine, stunning looks and surprising agility. But its ride was too brittle, it was a bit too choppy and, despite massive power, it wasn’t as quick as its rivals. So Jaguar went to work to develop a much improved replacement. 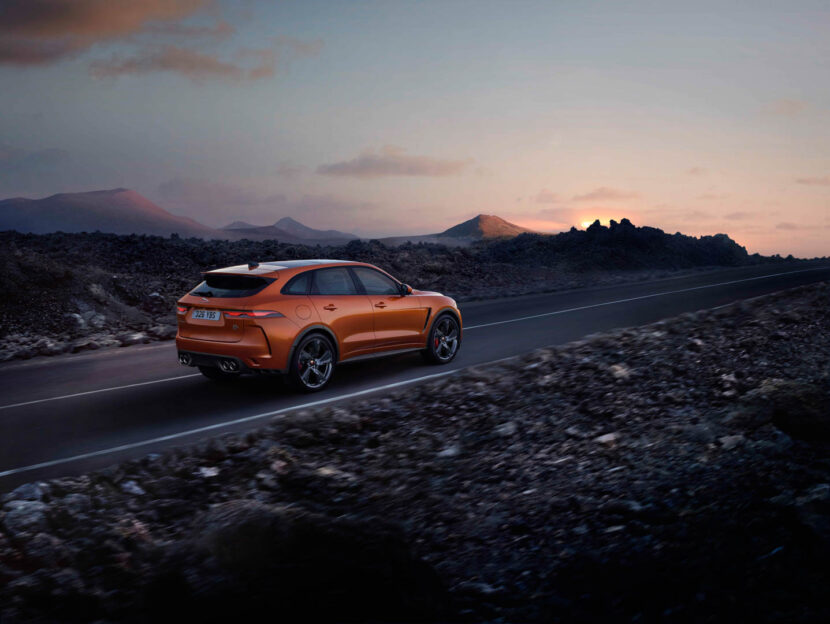 On paper, it might seem like this new F-Pace SVR is identical to the previous car. Its 5.0 liter supercharged V8 is a carryover from the previous model, making 550 horsepower and 516 lb-ft of torque. However, Jaguar has improved 0-60 performance by a few tenths simply by fitting the SVR with the same torque converter from the Project 8’s eight-speed automatic. The previous SVR had to have its torque limited in lower gears, as it couldn’t handle the abuse of the might V8, which made it slower. Now, though, its Project 8-sourced torque converter is sturdy enough to handle the full torque brunt of the engine, so it can now hustle from 0-60 mph in 3.8 seconds.

Jaguar has also made comprehensive changes to the F-Pace’s chassis, suspension, steering, gearbox and software tuning. So all of the suspension bushings were revised, to not only increase chassis stiffness but also improve ride comfort. Now, it’s said to have a much better ride/handling balance than before and is among the best in the business. Its electric power steering has also been revised, to create sharper turn-in and better steering feel, and its all-wheel drive system has been tuned for even more of a rear-bias. 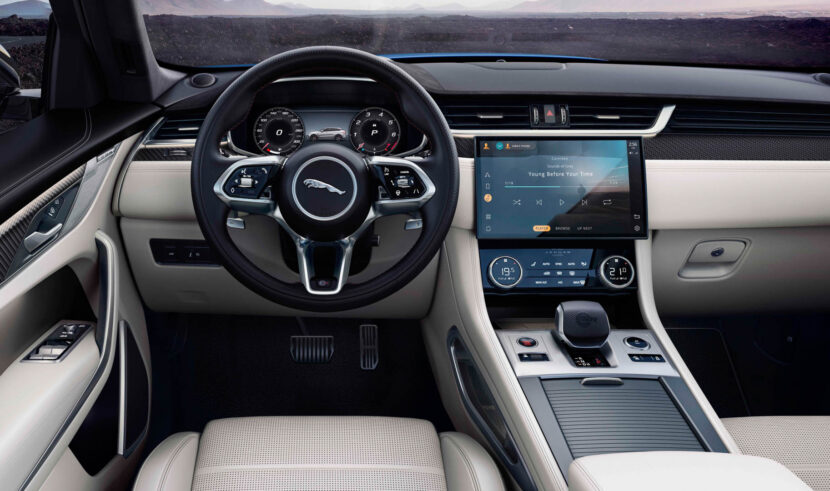 According to early drive reviews, we’re hearing great things about this new Jaguar F-Pace SVR. It’s said to be a fun, engaging and exciting SUV to drive but also one that’s surprisingly enjoyable to live with.

Jaguar drastically improved the car’s interior, which was one of the previous car’s most criticized bits. Now that it’s been given an overhaul, the Jaguar F-Pace SVR looks like a proper competitors in the segment. Its interior materials are plush and high-quality, the tech is improved and the sport seats both look and feel great.

With a suite of comprehensive changes, it’s said that the Jaguar F-Pace SVR is actually sweeter to drive than its German rivals. Not only is it more comfortable but it’s also sportier and more engaging. It might not be as quick as cars like the BMW X5 M but the SVR is said to be the more fun car to drive. 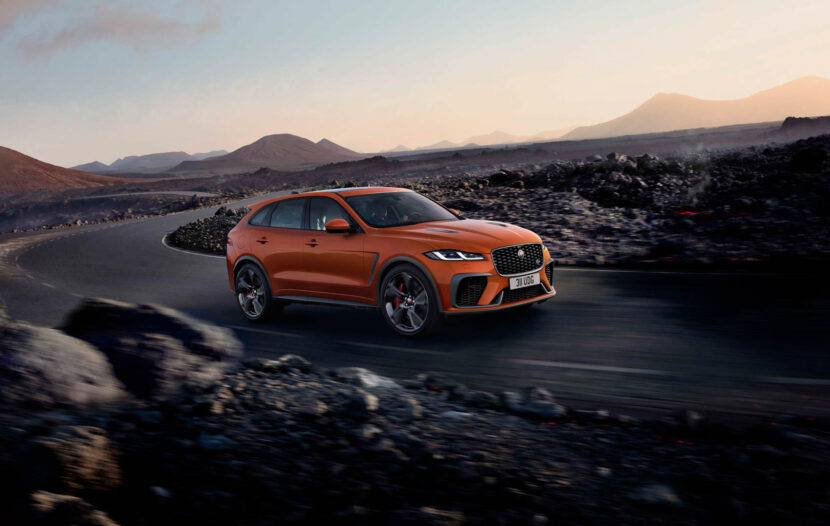 After driving the BMW X5 M, I was left a bit cold. While capable, it felt overly numb and lacking in any sort of character. I also felt that its ride was overly stiff, without enough of a handling benefit to make it worth the jarring ride. If the Jaguar F-Pace SVR can trade some of the X5 M’s speed for a more entertaining drive, while also being more comfortable, then you can count me in. 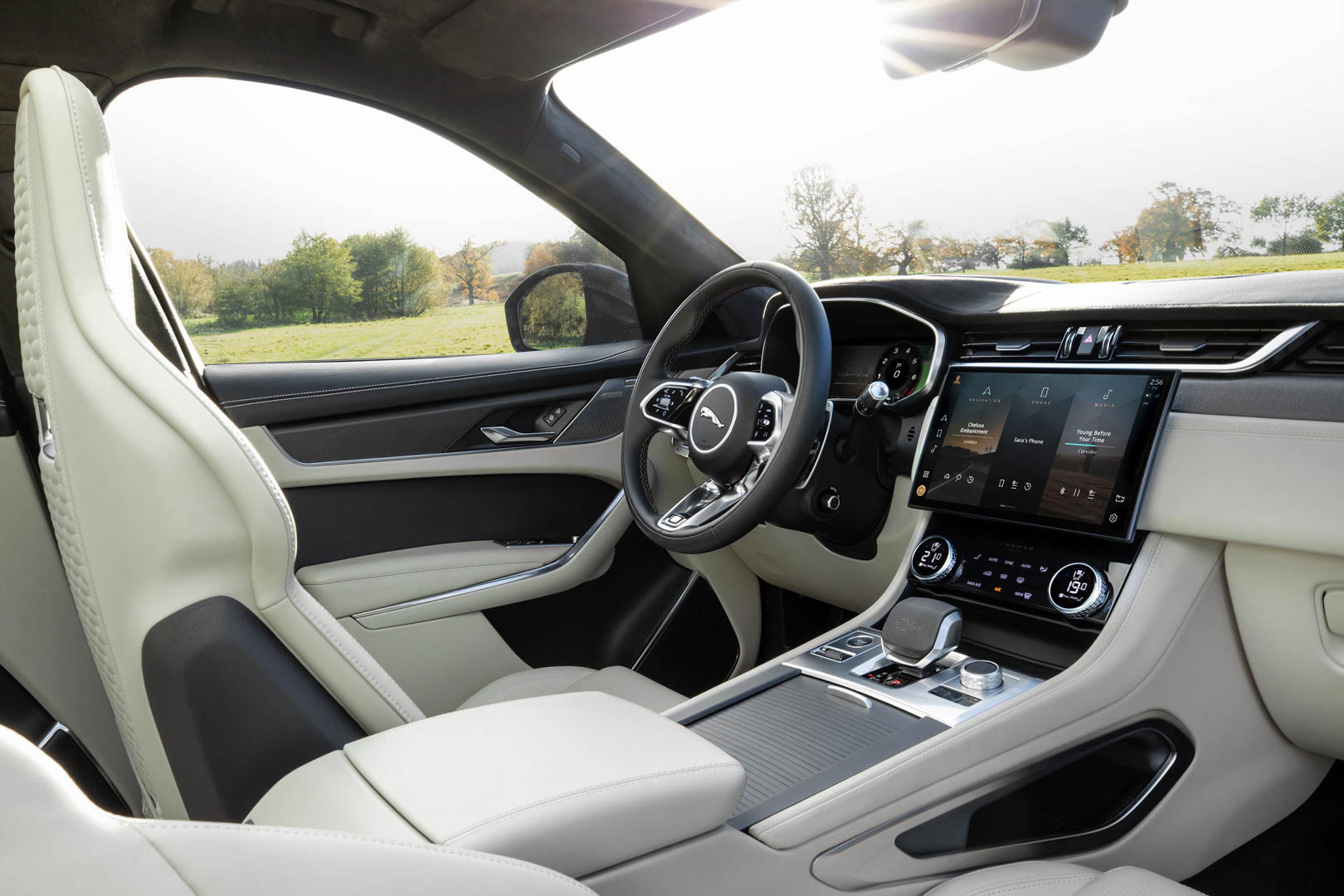 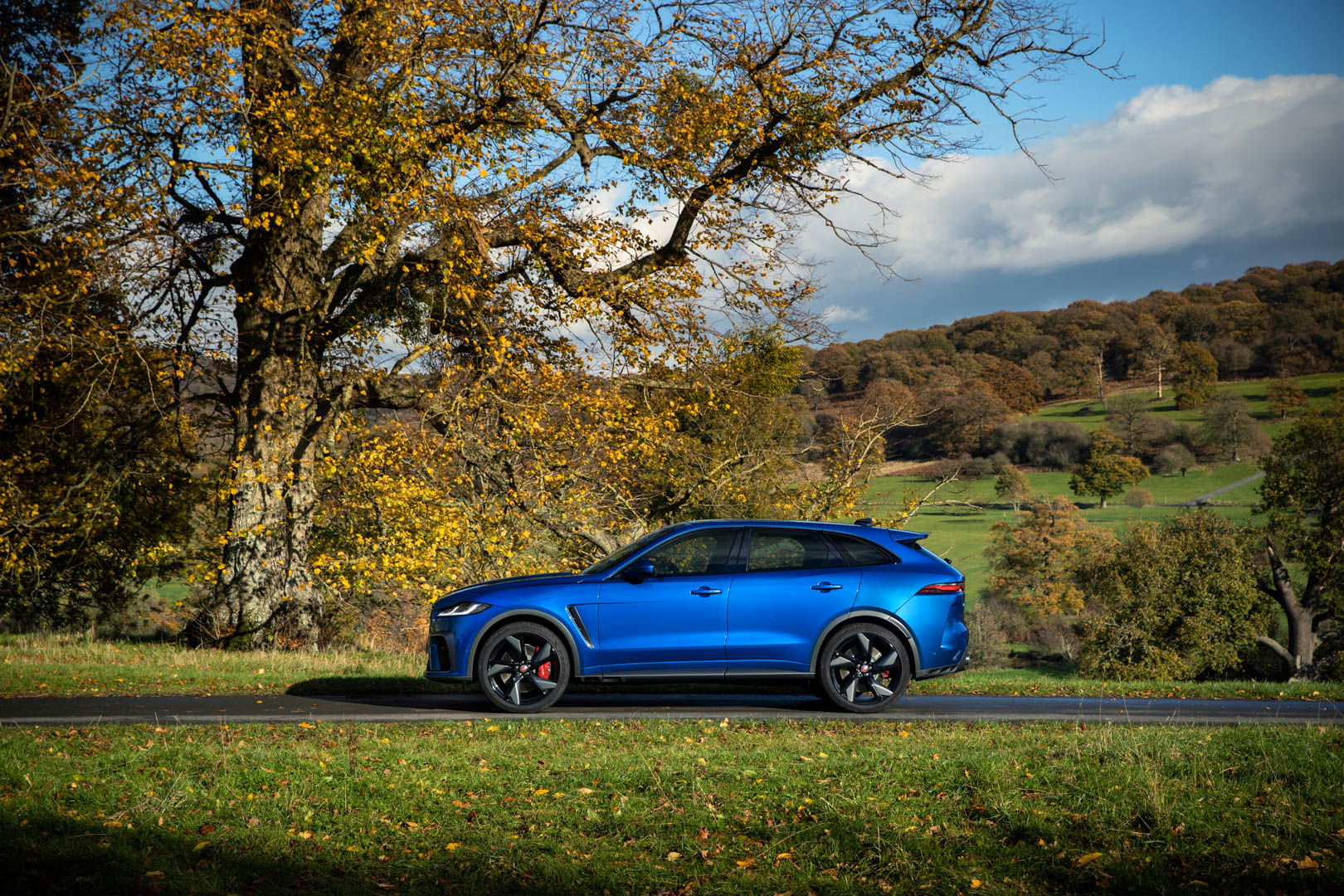 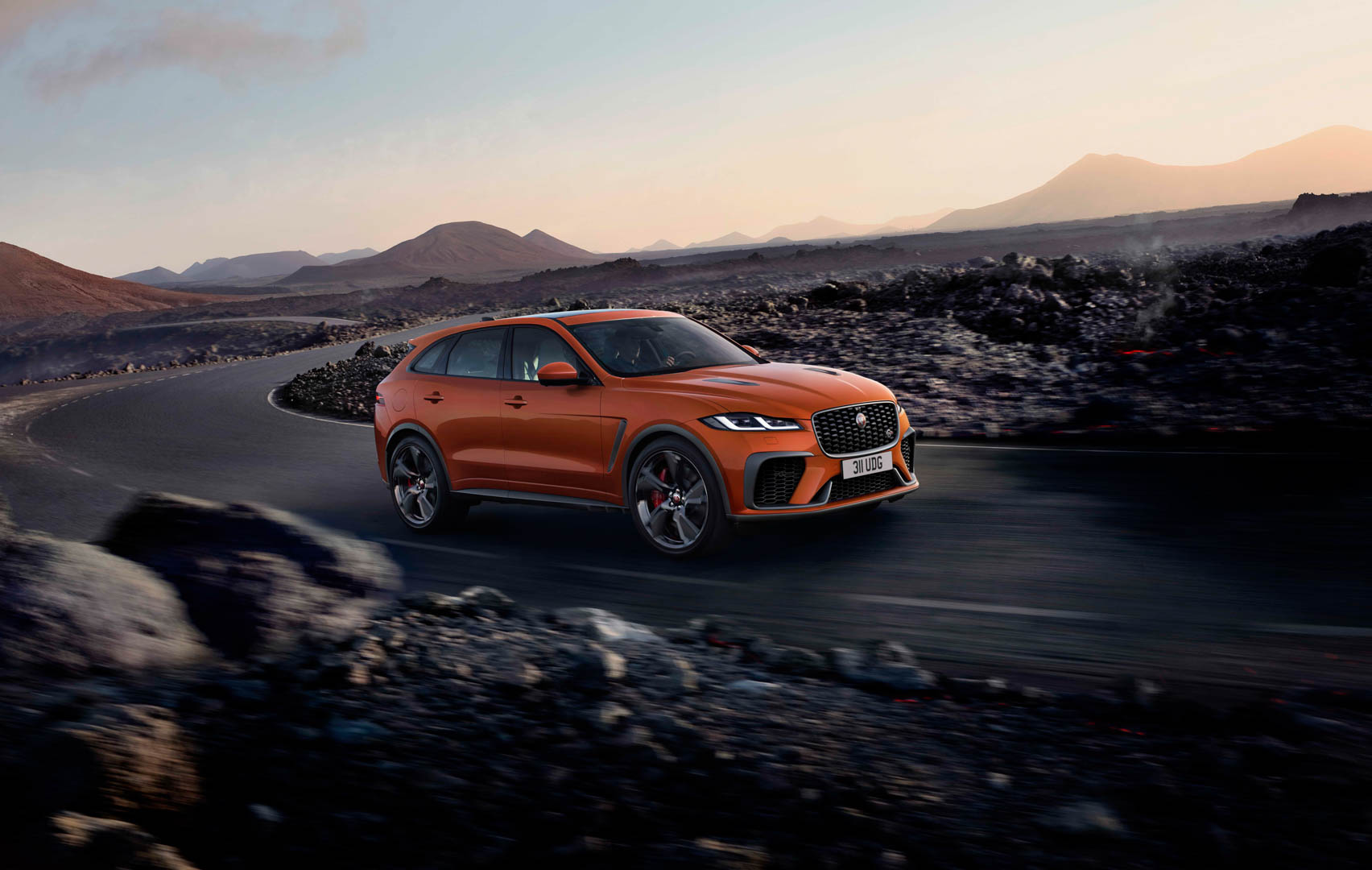 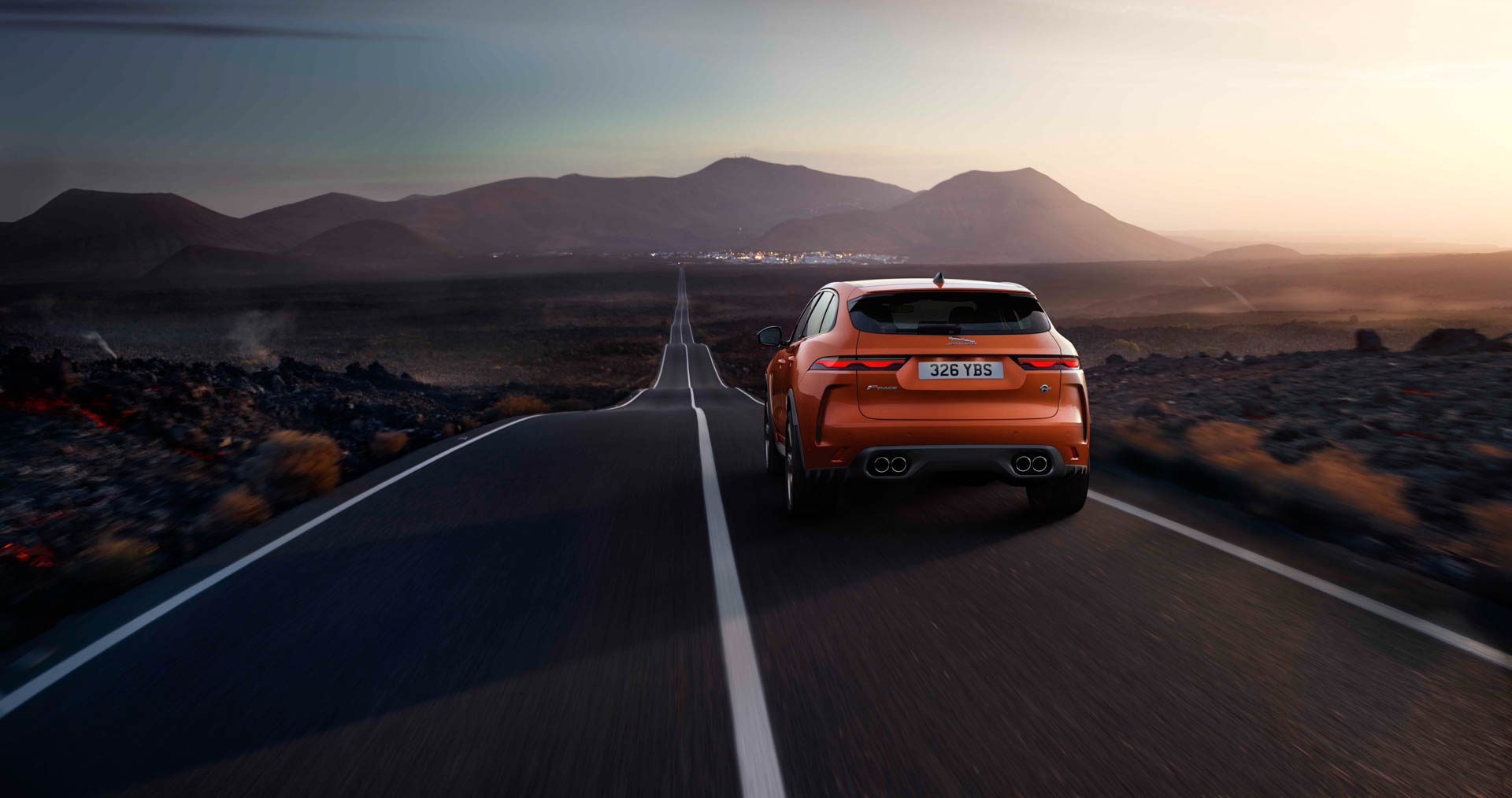 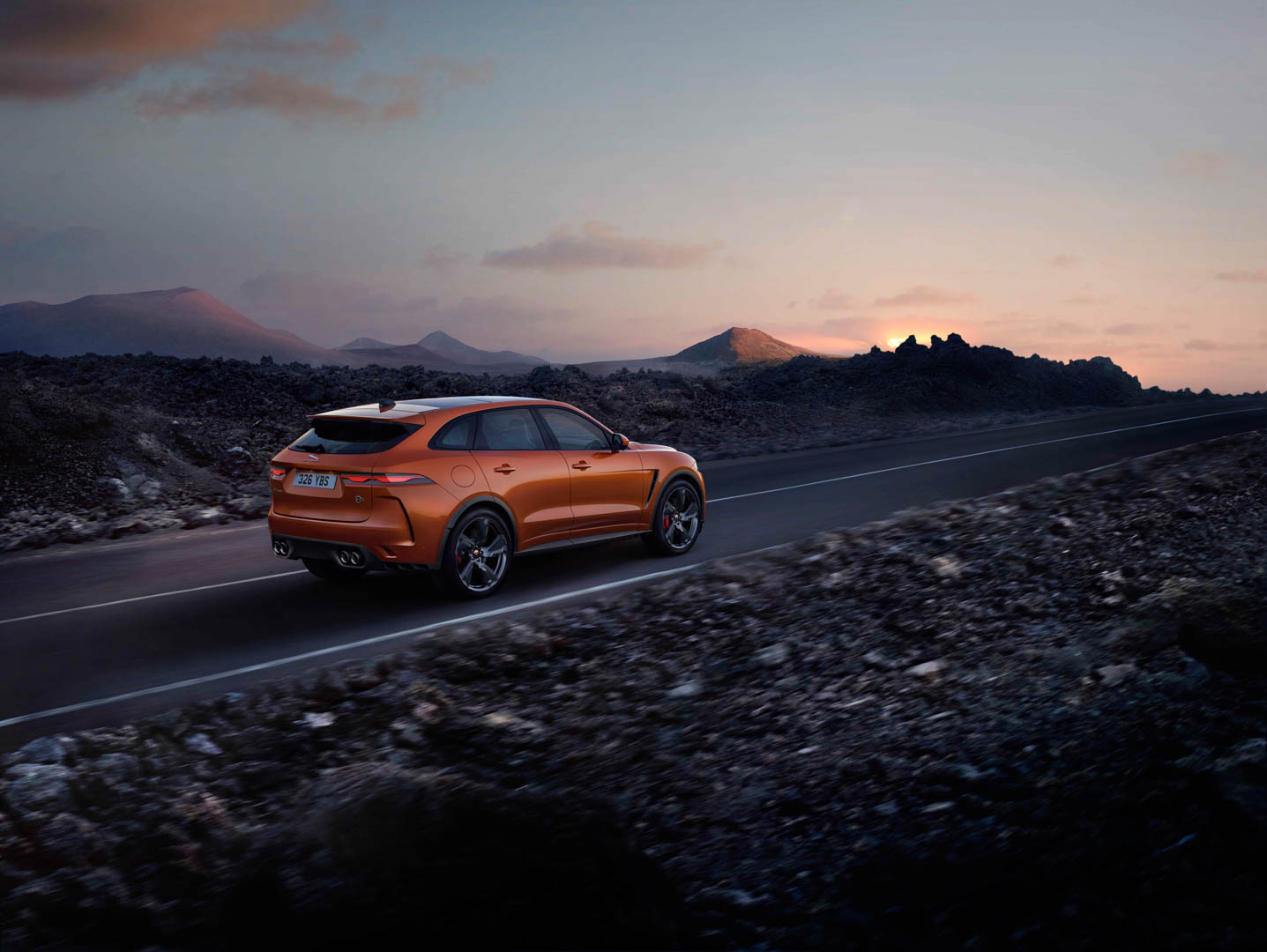