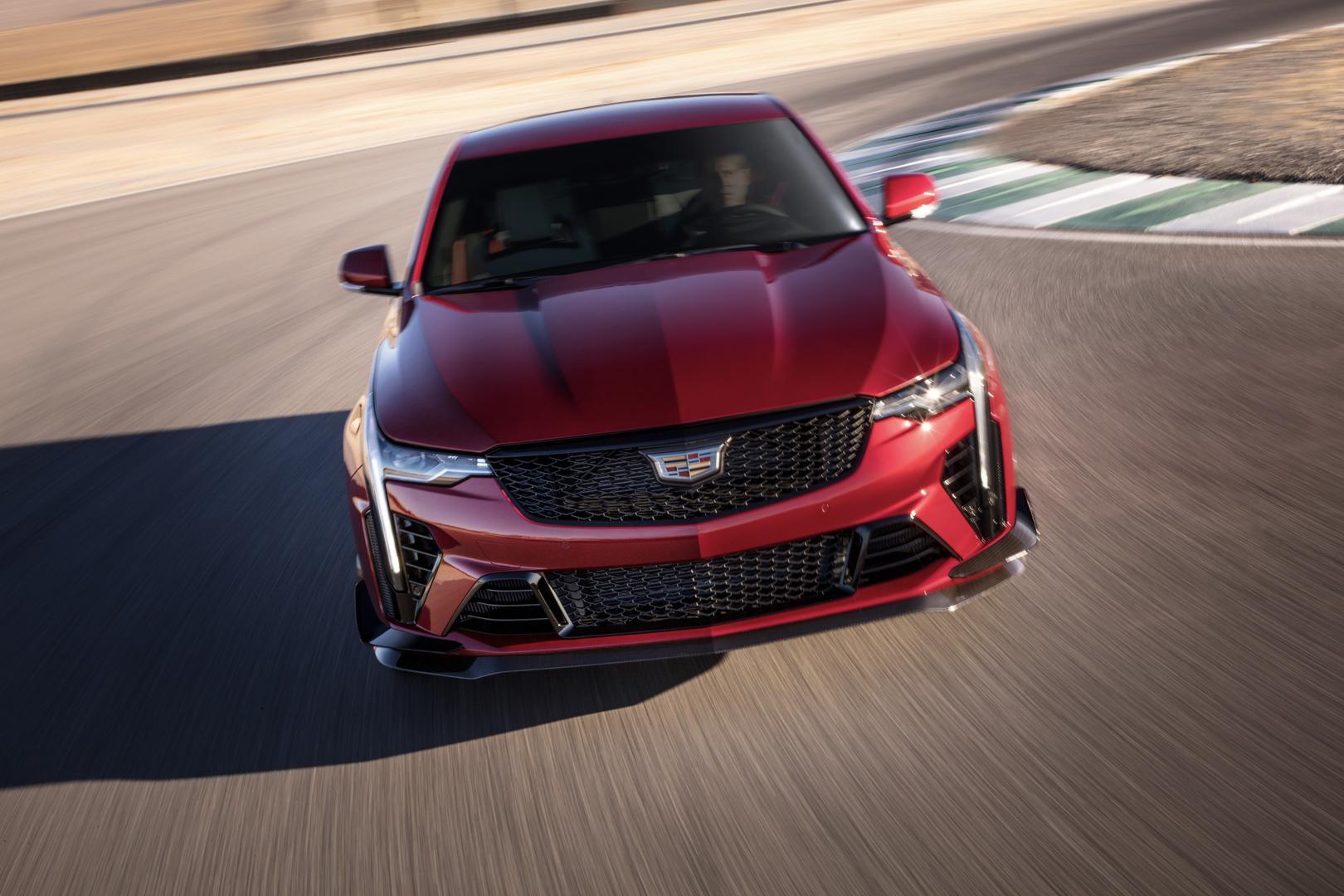 Since all car design seems homogenous nowadays, the Cadillac CT4-V Blackwing looks just like the CT5, only a bit smaller. That’s not such a bad thing, as both exterior designs are quite nice, with sharp lines and boxy shapes. While Cadillac’s design language isn’t exactly pretty, it’s hard not to appreciate its more understated, subtle design, compared the Nosferatu-inspired BMW M3. Still, if it’s beauty you want, seek out your nearest Alfa Romeo or Mercedes dealer, as neither the Bavarian nor the American provide it. 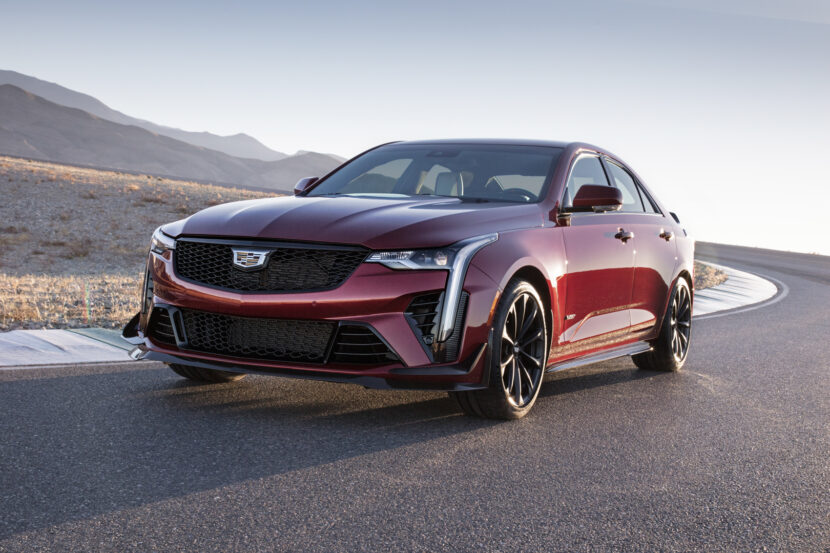 Where the Cadillac CT4-V Blackwing provides excitement is under its skin. Powering the CT4-V Blackwing is a 3.6 liter twin-turbocharged V6, making 473 horsepower and 445 lb-ft of torque. That blown-six gets paired with either a six-speed manual gearbox or an optional ten-speed auto. Drive exclusively goes to the rear wheels. So it sounds like a great recipe for M3-fighting duty, considering the BMW M3 also makes 473 horsepower (base) with a six-speed manual and rear-wheel drive.

Plus, the CT4-V Blackwing is also based on GM’s Alpha 2 rear-wheel drive chassis, which is shockingly good. European car enthusiasts might not want to admit it but GM knows how to make a front-engine, rear-drive architecture.

There are still some concerns, though. The Cadillac CT4-V Blackwing uses the same V6 as the old ATS-V, just with some better tuning, thermal management and a few extra ponies. However, power and performance were never the ATS’ issue. Its engine, while potent was really unenjoyable to use. It was coarse and unrefined and it made a pretty crap noise, if we’re honest. Also, neither of its transmissions were particularly good to use. So we hope that Cadillac has revised the engine/exhaust a bit and we hope Tremec worked on its six-speed manual. 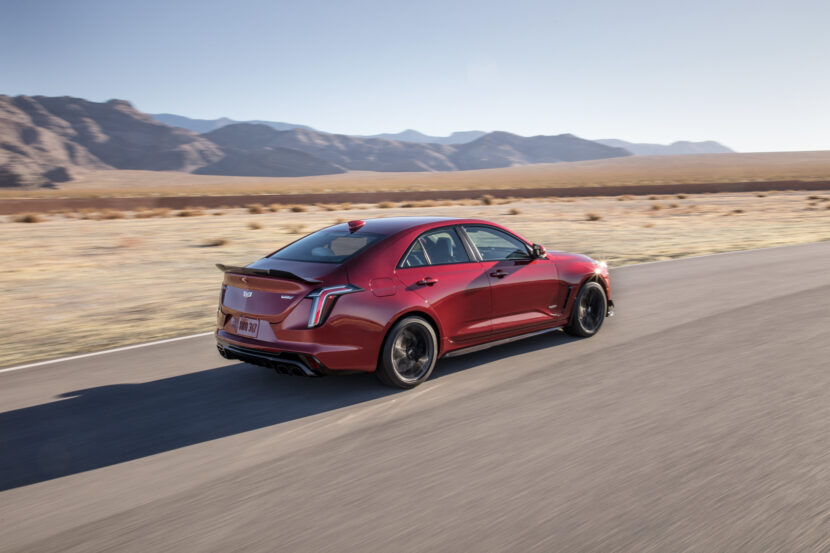 Just like the bigger CT5-V, the Cadillac CT4-V Blackwing gets magnetic dampers and an electronic limited-slip differential at the back. So it should ride and handle every bit as well as its competitors. One area where the old ATS-V had an advantage over the BMW M3 was its steering, surprisingly, so we’re hoping that Cadillac retained that great steering precision and feel.

Also like the CT5-V, the little CT4-V has a pretty underwhelming interior. Again, it’s not bad, it’s just boring. In a car that’s supposed to take on the BMW M3, its interior looks it was borrowed out of a sport package-equipped Chevy Cruse. That’s not going to fly with a lot of customers in its price range. Though, the Cadillac CT4-V Blackwing does undercut the BMW M3 by about $10,000, starting at $59,990. 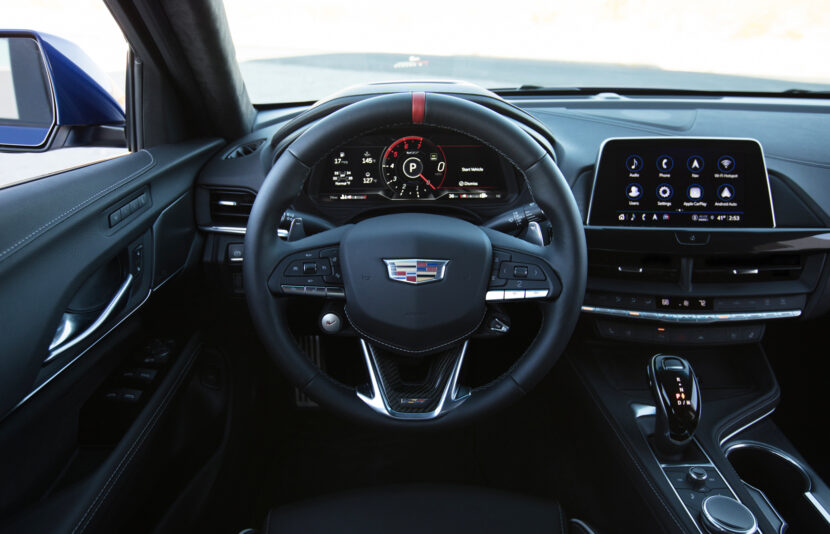 Can this new Cadillac CT4-V Blackwing genuinely compete with the BMW M3? Probably, to be honest and we hope it does. The better the competition gets, the better all brands get, so we, as consumers, always win. However, we’re worried about its powertrain quality and hope that it’s up to par this time. 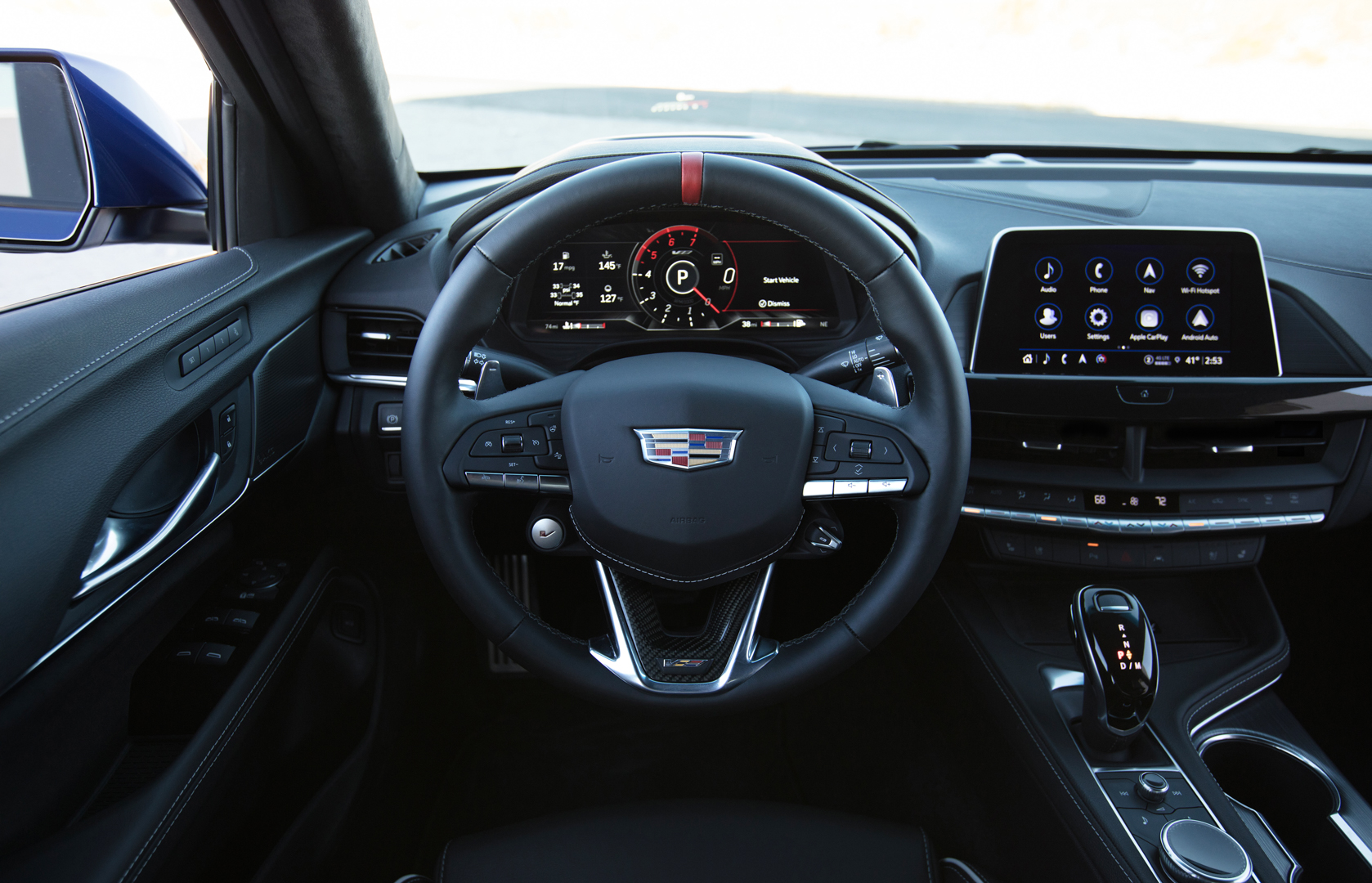 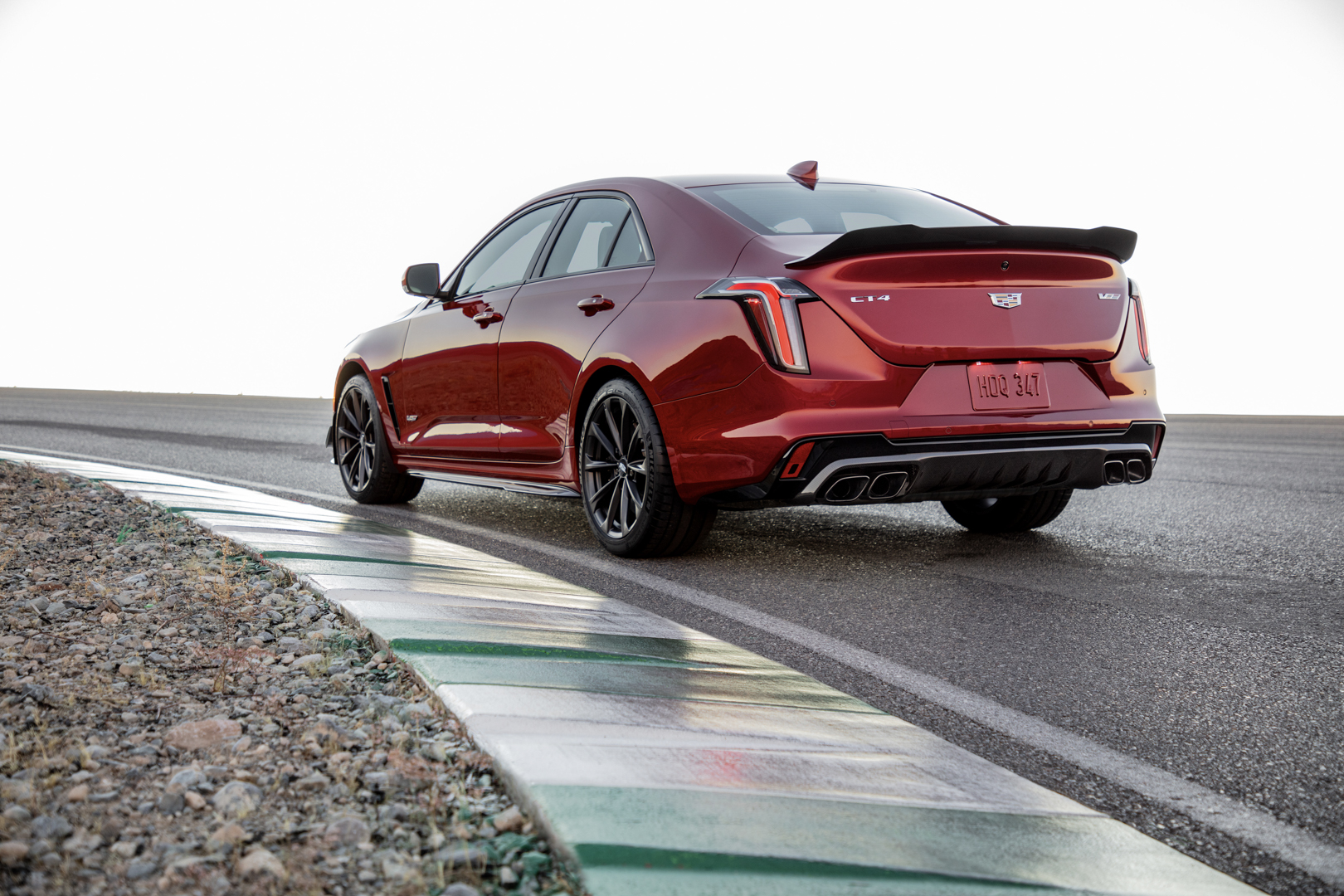 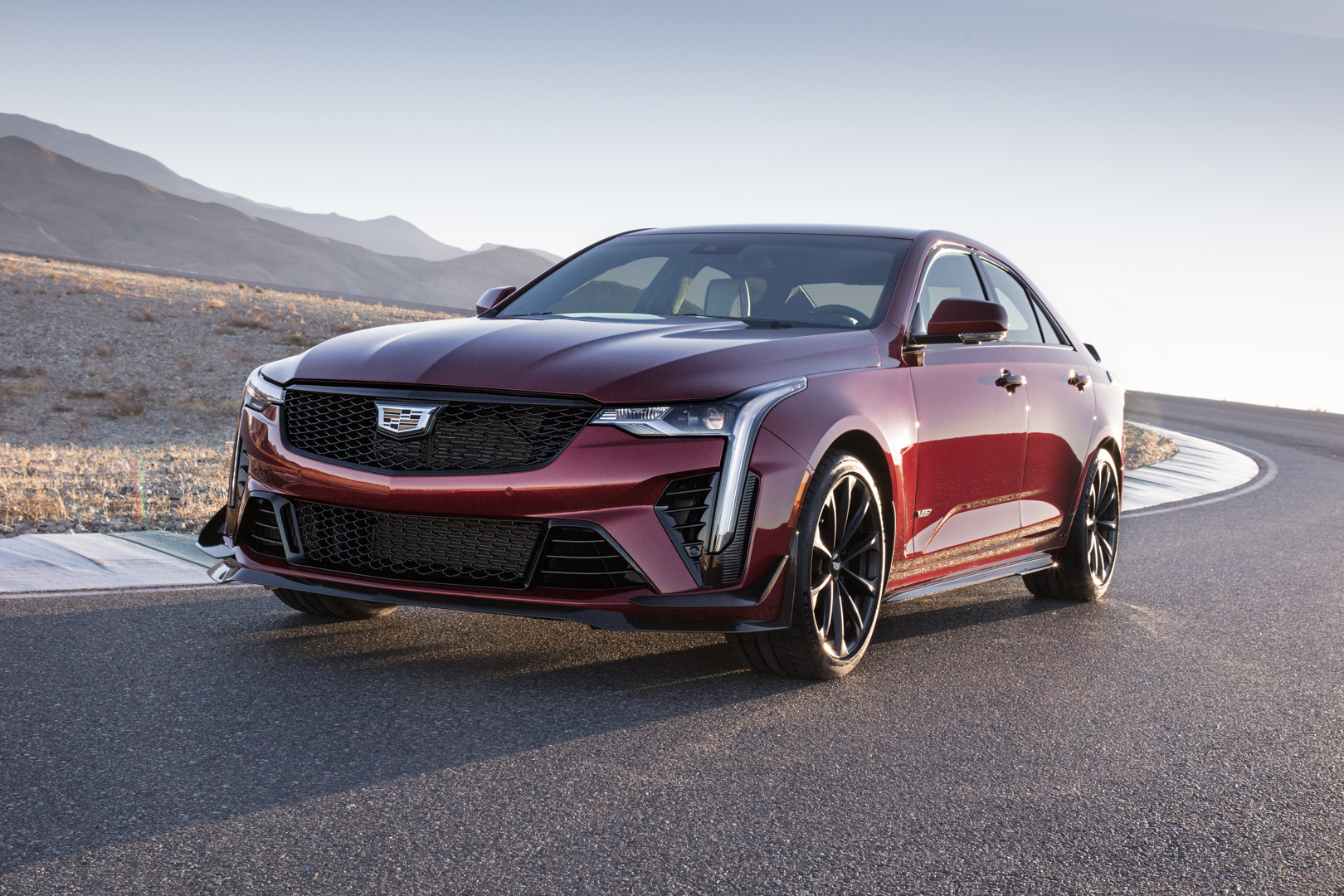 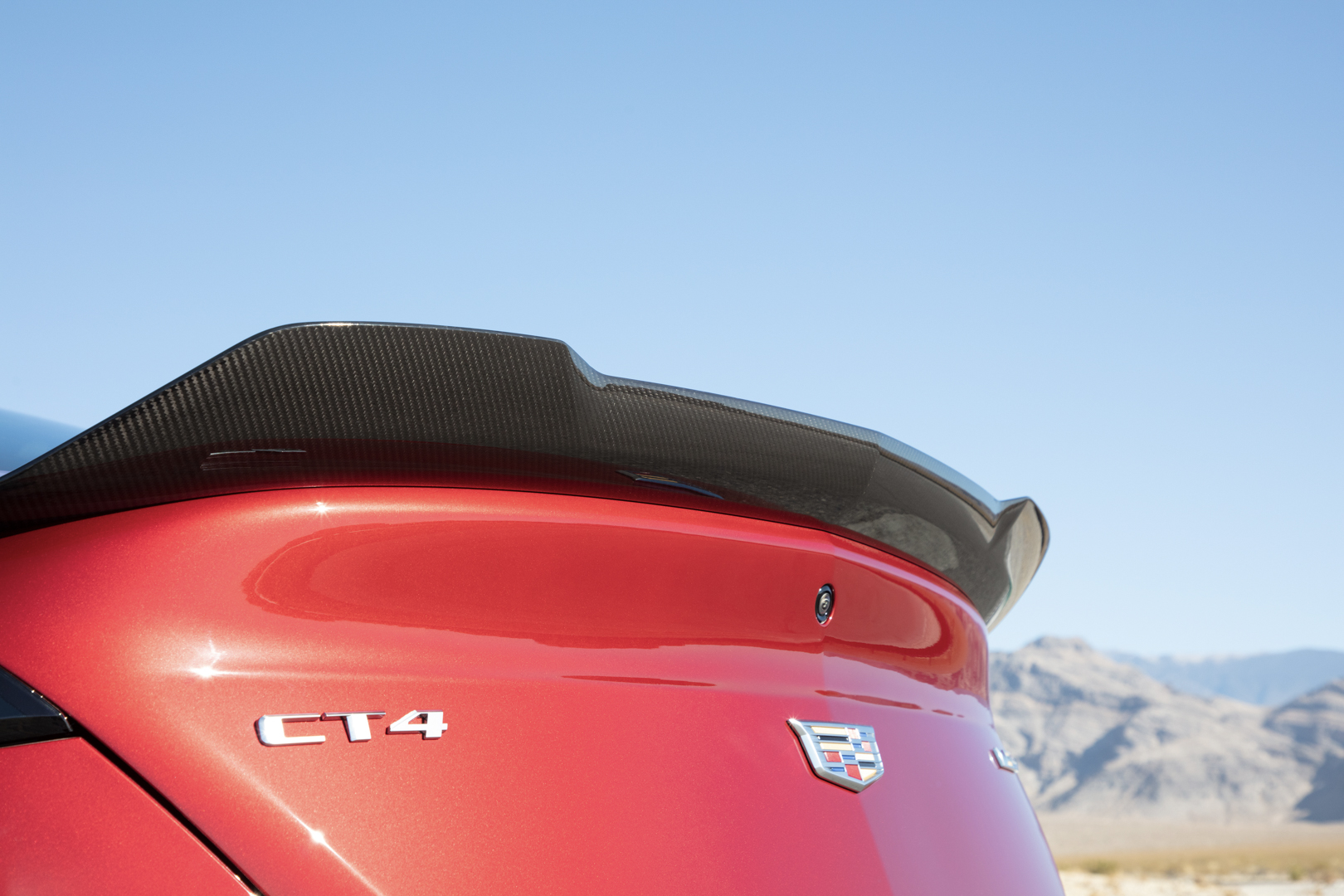 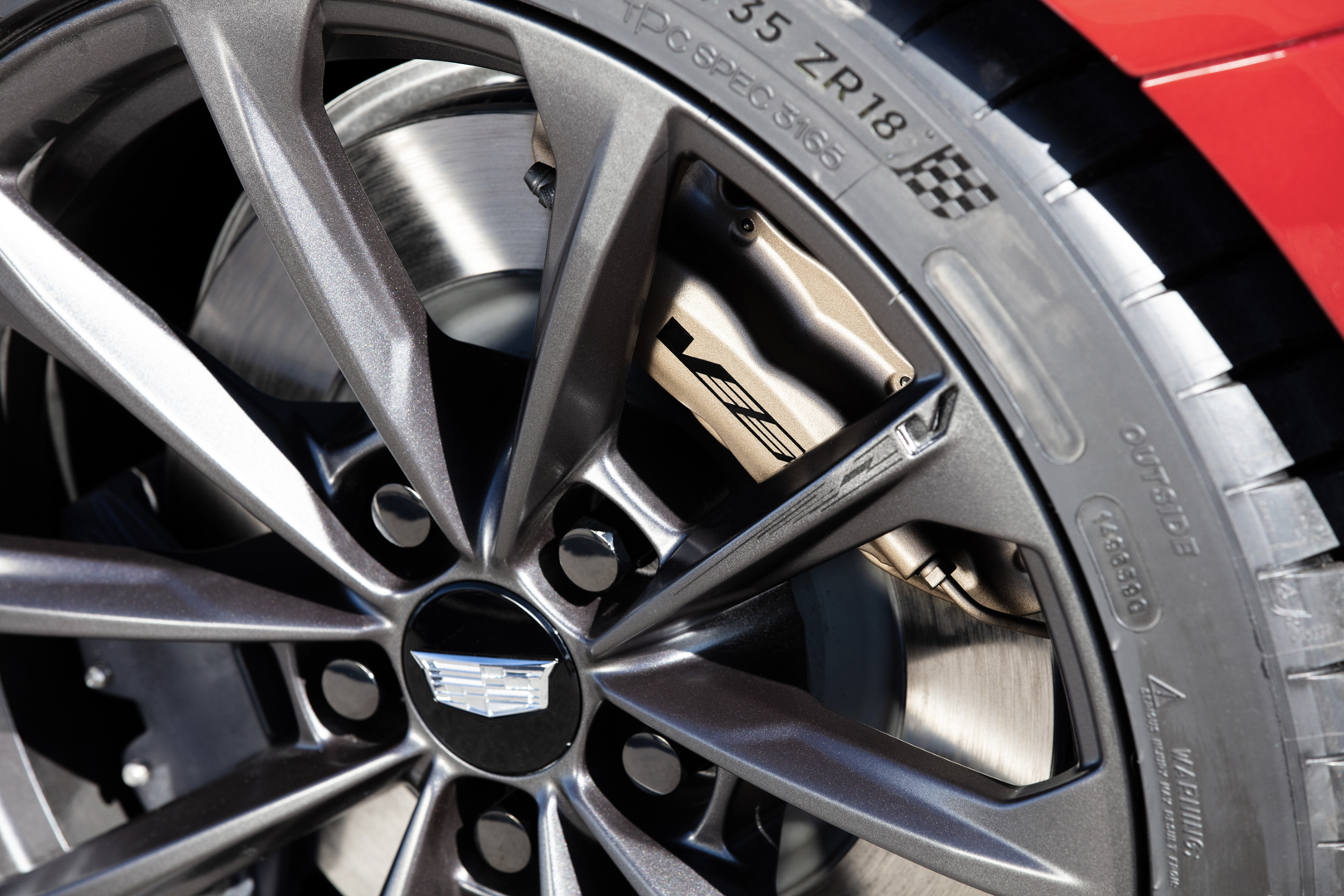 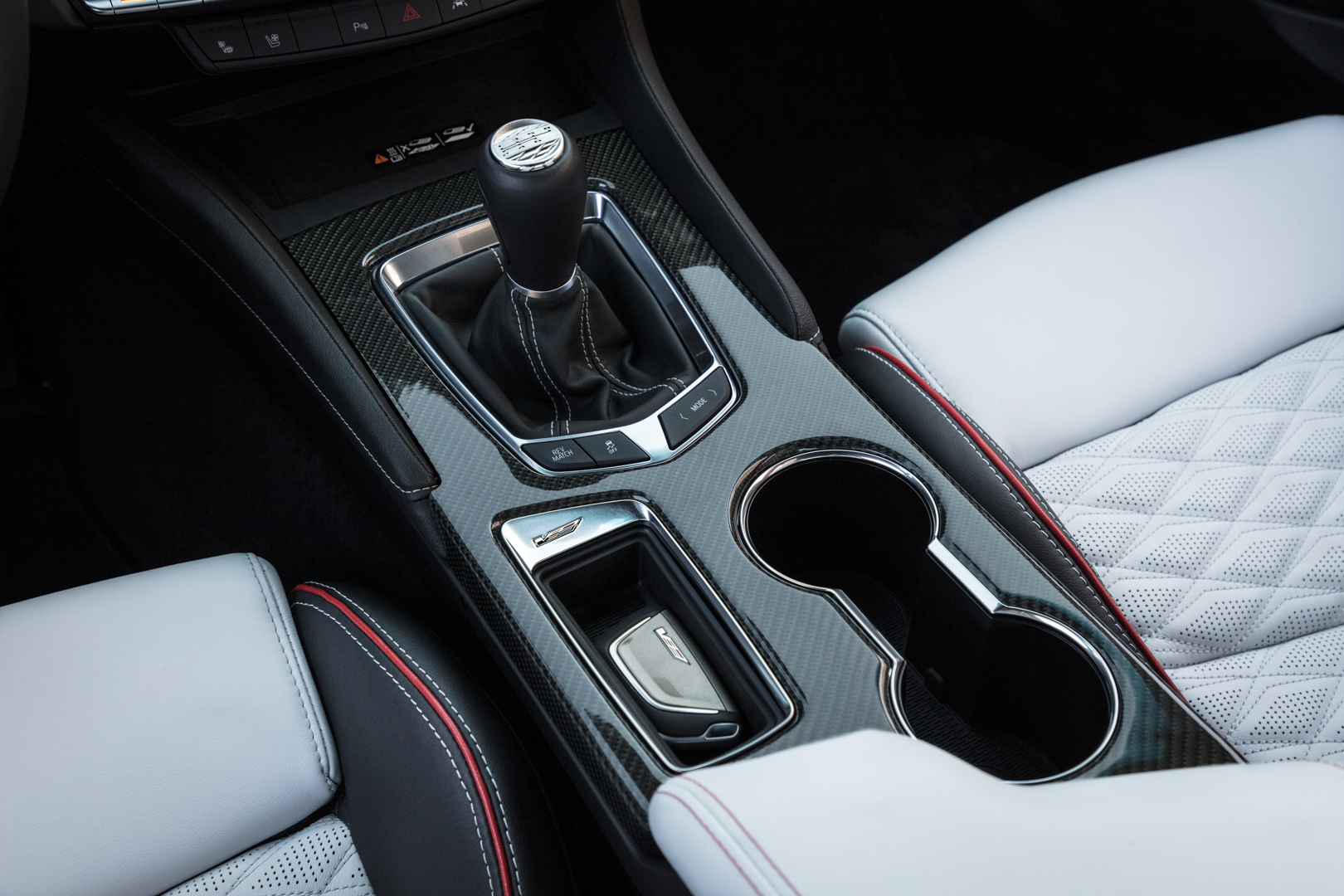