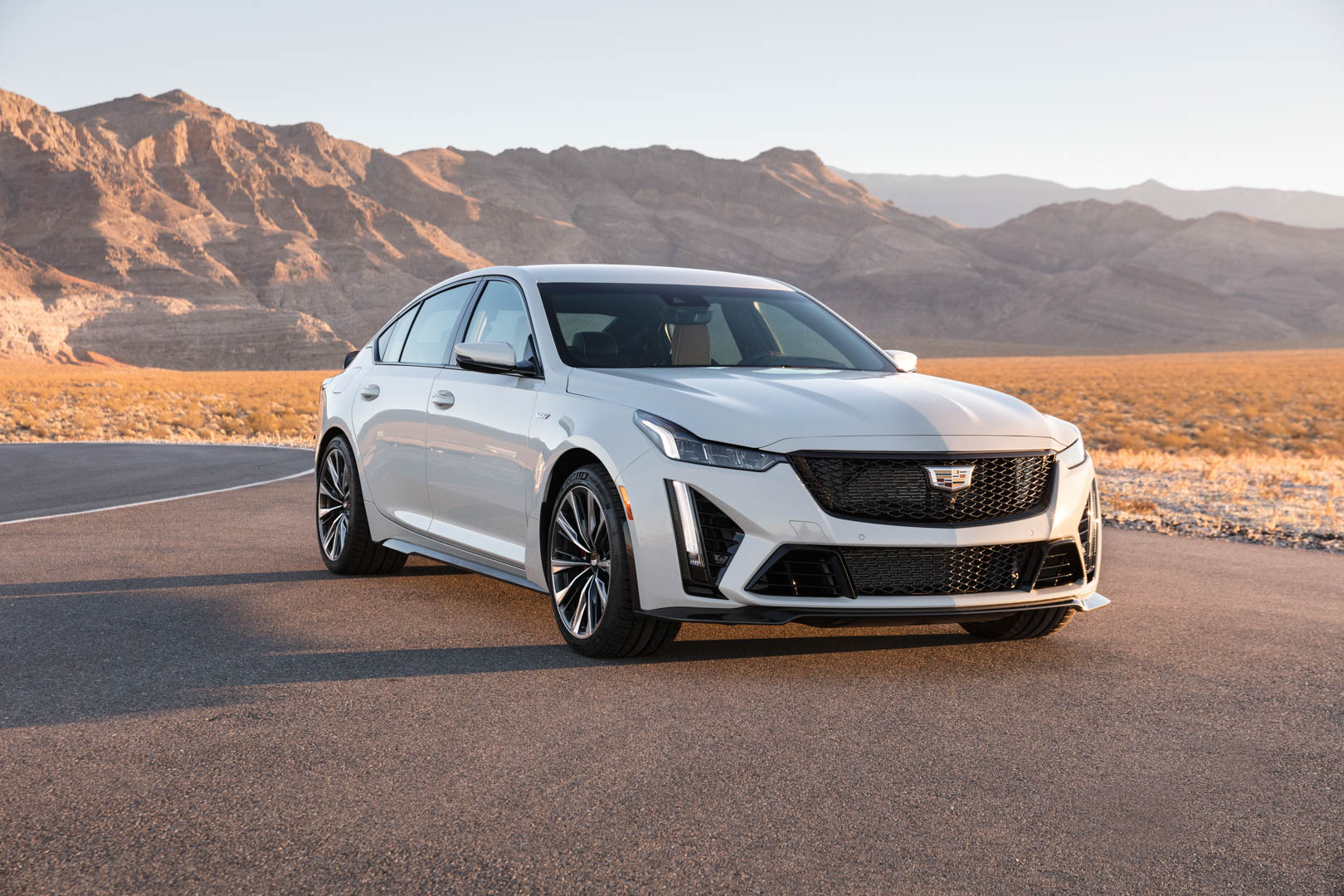 It’s been a long time since Cadillac put out a genuinely competent performance machine. The third-gen “V” cars, the ATS-V and CTS-V, were good cars but lacked in so many areas that they could neither compete with their German rivals well, nor find a clientele base to keep them afloat. However, GM’s luxury arm is looking to take another shot at zee Germans and, this time, it seems as if Cadillac might have a real shot at dethroning its rivals across the Atlantic. That’s because this time, it’s bringing the Cadillac CTS-V Blackwing to the fight, armed with 668 horsepower and a six-speed manual transmission.

At the heart of the Cadillac CT5 V Blackwing is a 6.2 liter supercharged V8 with a whopping 668 horsepower and 659 lb-ft of torque, which positively dwarfs the BMW M5’s power output. Even the M5 CS — BMW’s most powerful production car in history — only packs 644 horses and 553 lb-ft. All of that supercharged fury is sent to just the rear wheels, as the Car Gods intended, unlike the all-wheel drive M5. As fun as that sounds, though, the M5 will almost certainly be quicker in a straight line due to its all-wheel drive grip. 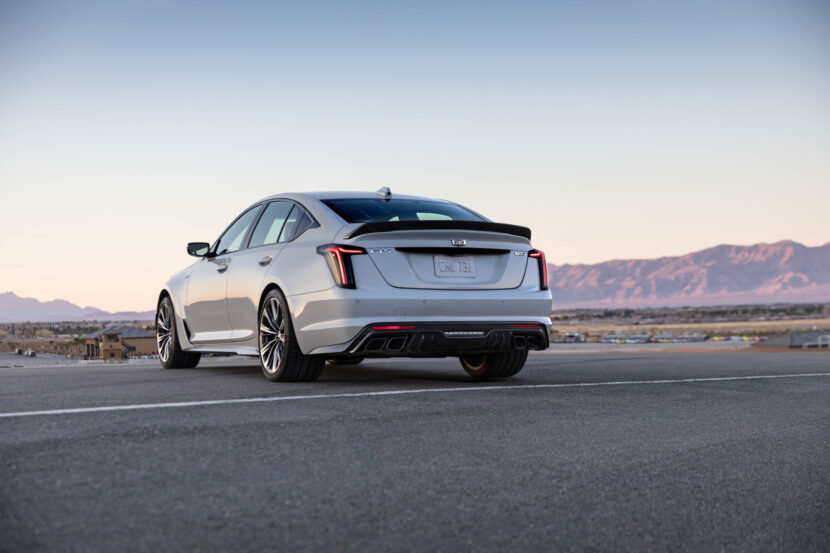 However, the Blackwing has another enthusiast-advantage over the M5 — a six-speed manual transmission. A ten-speed automatic is an option but it’s the wrong option. The standard six-speed manual is the way to go, as just it’s existence is something to celebrate. In an age when all performance cars are switching to automatics, with all-wheel drive and even electrification, the idea of a fire-breathing, V8-powered super sedan with a six-speed manual and rear-wheel drive is making most enthusiasts positively giddy.

Cadillac’s always-brilliant Magnetic Ride Control is in its latest 4.0 generation and should keep its weight in check and help it handle every bit as well as the BMW M5. As frustrating as it can be for BMW fans to admit, GM’s rear-wheel drive chassi used for the Camaro and, now this Caddy, is actually  outstanding and so the CT5 should be a real joy to drive. 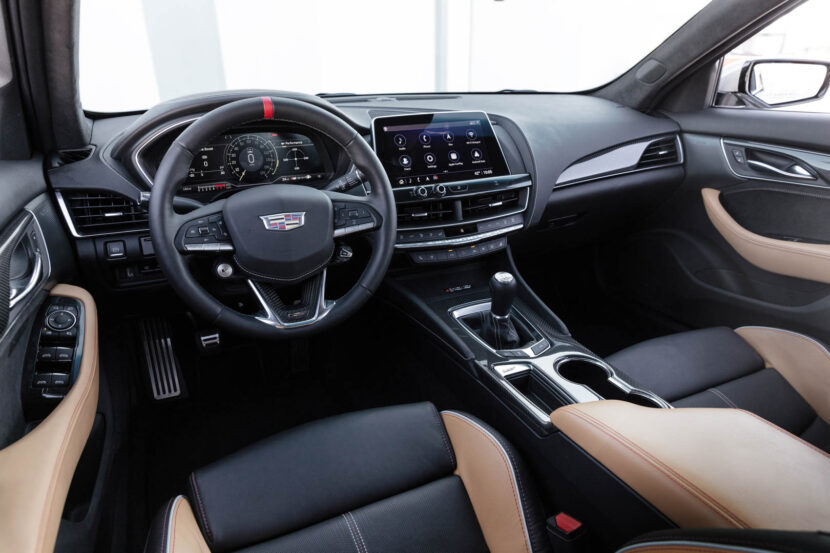 Looks pretty good, too. It’s not a gorgeous car in the way an Audi RS6 Avant or Mercedes-AMG E63 is but neither is the BMW M5. The Cadillac CT5-V Blackwing is certainly a handsome car, with its sharp lines and clean shapes. However, it’s a bit too dull for a performance sedan. Again, same can be said for the BMW M5 which, aside from the bonkers CS-spec, looks a bit too ordinary. The benchmark for design in this category is the positively furious-looking Audi RS6 and neither the Caddy nor the Bimmer reach it.

Inside, the CT5 Blackwing sports a safe design but it’s far too dull. There’s nothing offensive about its interior design, except for the fact that it’s boring and certainly not premium enough to compete with its competitors. In fact, it’s so bland, replace the steering wheel with one from an Impala and nobody would blink an eye. The red stripe on the steering wheel is the only thing to even slightly indicate sportiness and even that’s playing fast and loose with the term “sporty”. Though, after the mess that was the previous-gen ATS/CTS interior design, we’re just happy that GM moved on from haptic buttons and horrific CUE infotainment systems. 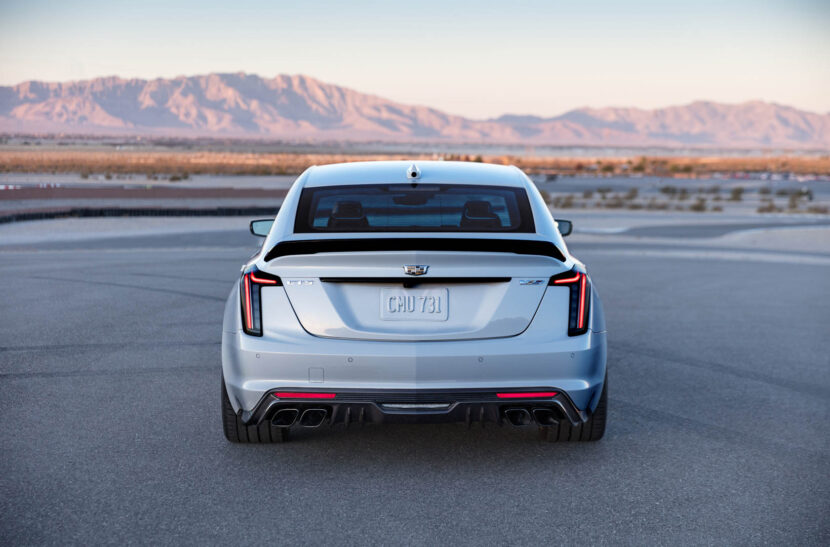 Still, I’ll take a bland interior if I can get a killer drive any day of the week and twice on Sunday. The Cadillac CT5-V Blackwing is going to be a very interesting car, one that has the ability to either dominate the Germans at their own game or fall completely flat on its face. Hopefully, it’s the former, as it might wake German car makers up from their complacent slumber and get them making edgy, thrilling cars again.

For all of GM’s faults — and believe me, there are many — credit to where credit is due. Whoever signed off on a rear-wheel drive, manual, 668 horsepower Cadillac sedan that will probably sell to only tens of customers, deserves some praise. I’d like to buy them a drink. I’ve been hyper-critical of GM in the past, and will likely continue to be so, but I’ve been impressed as of late. The new C8 Corvette is an outstanding sports car and this new Cadillac CT5-V Blackwing looks like it’s shaping up to be an awesome car. 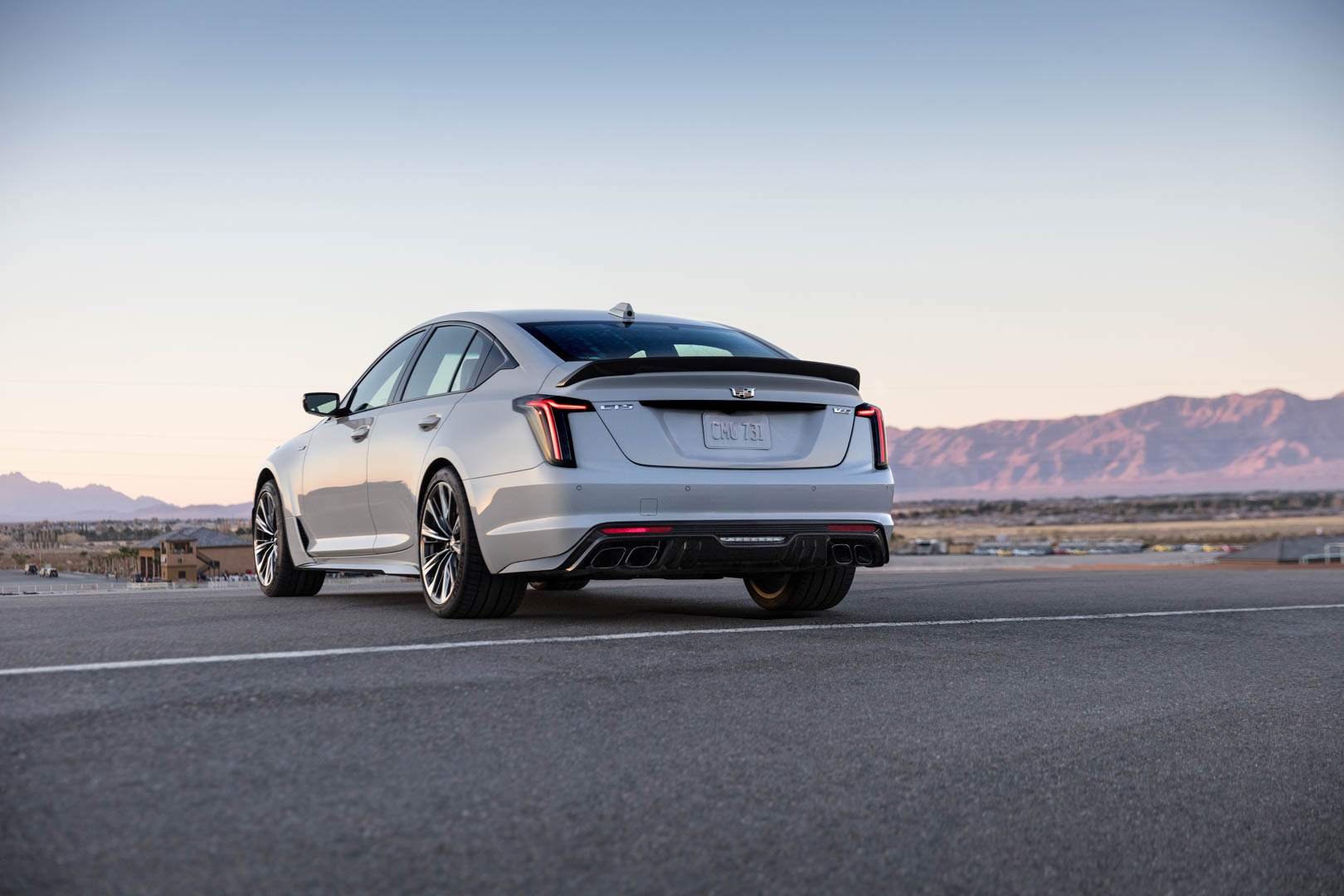 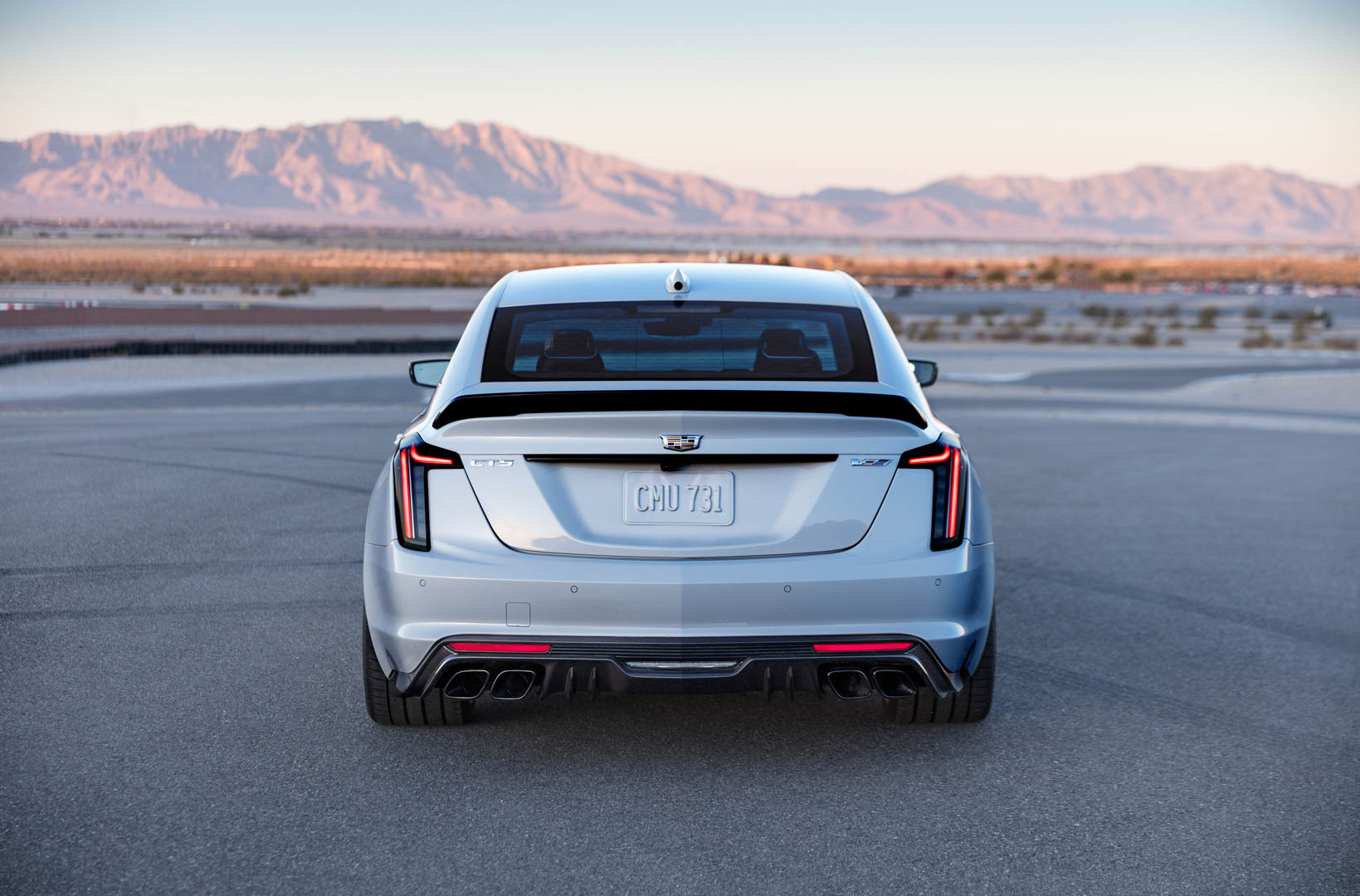 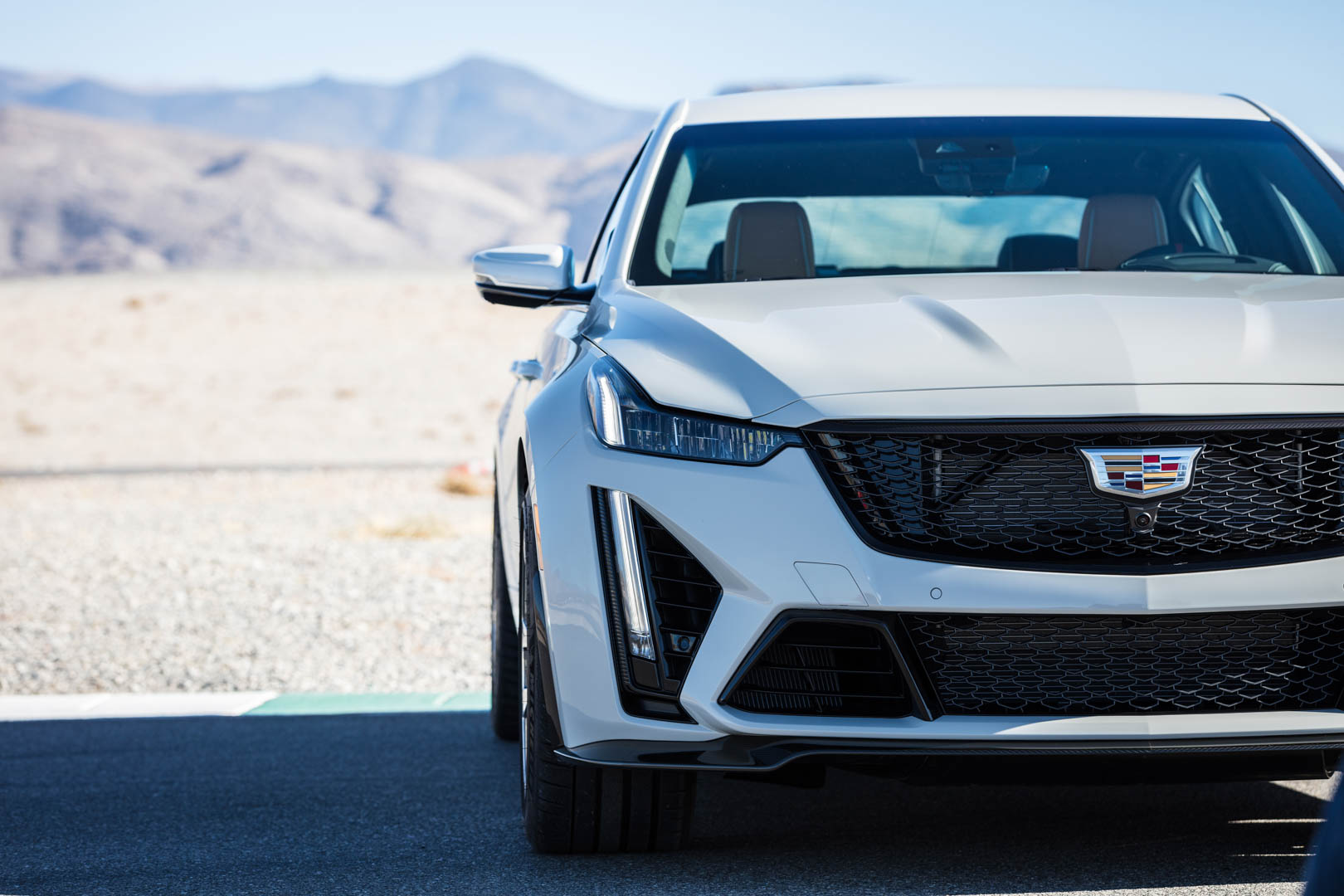 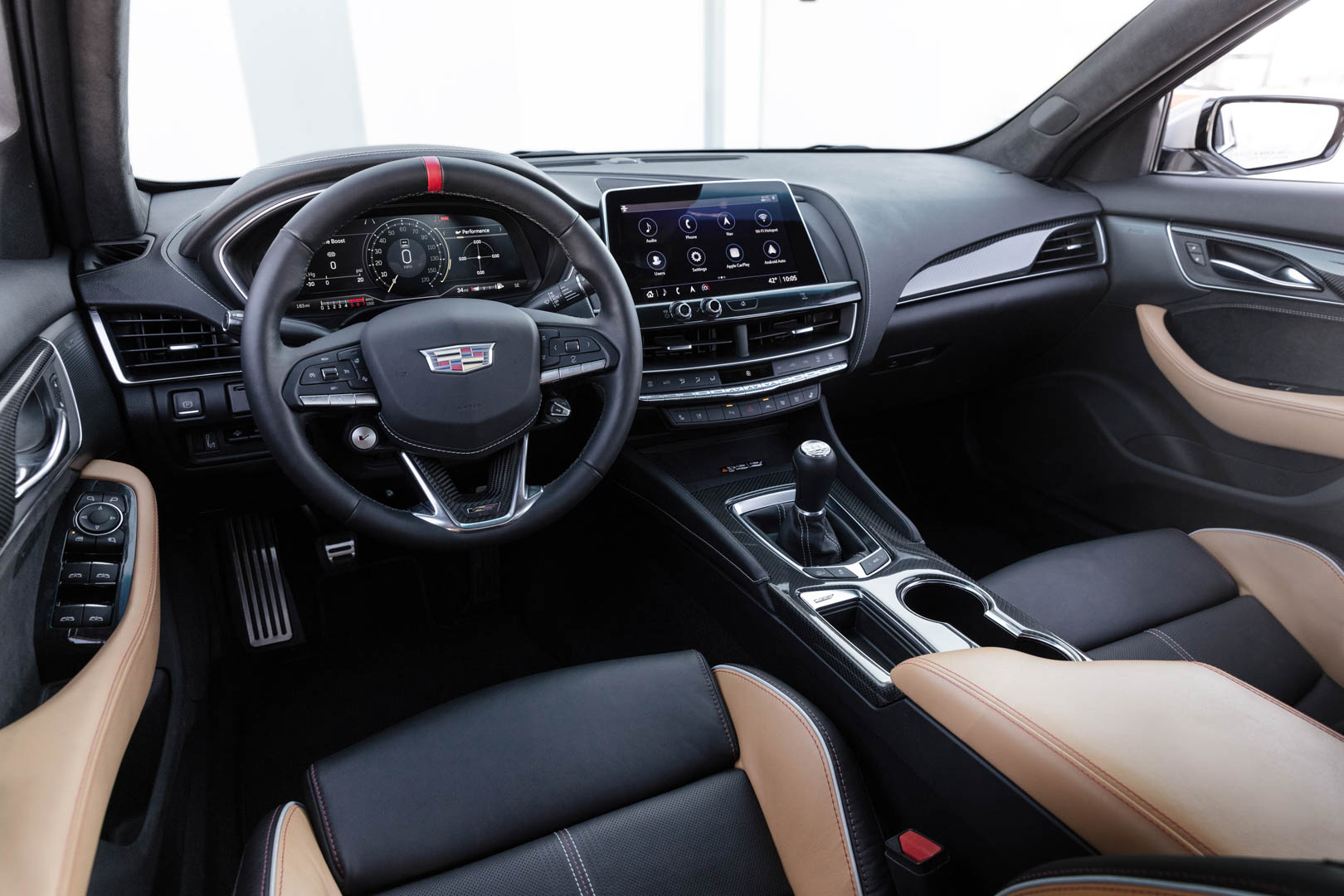 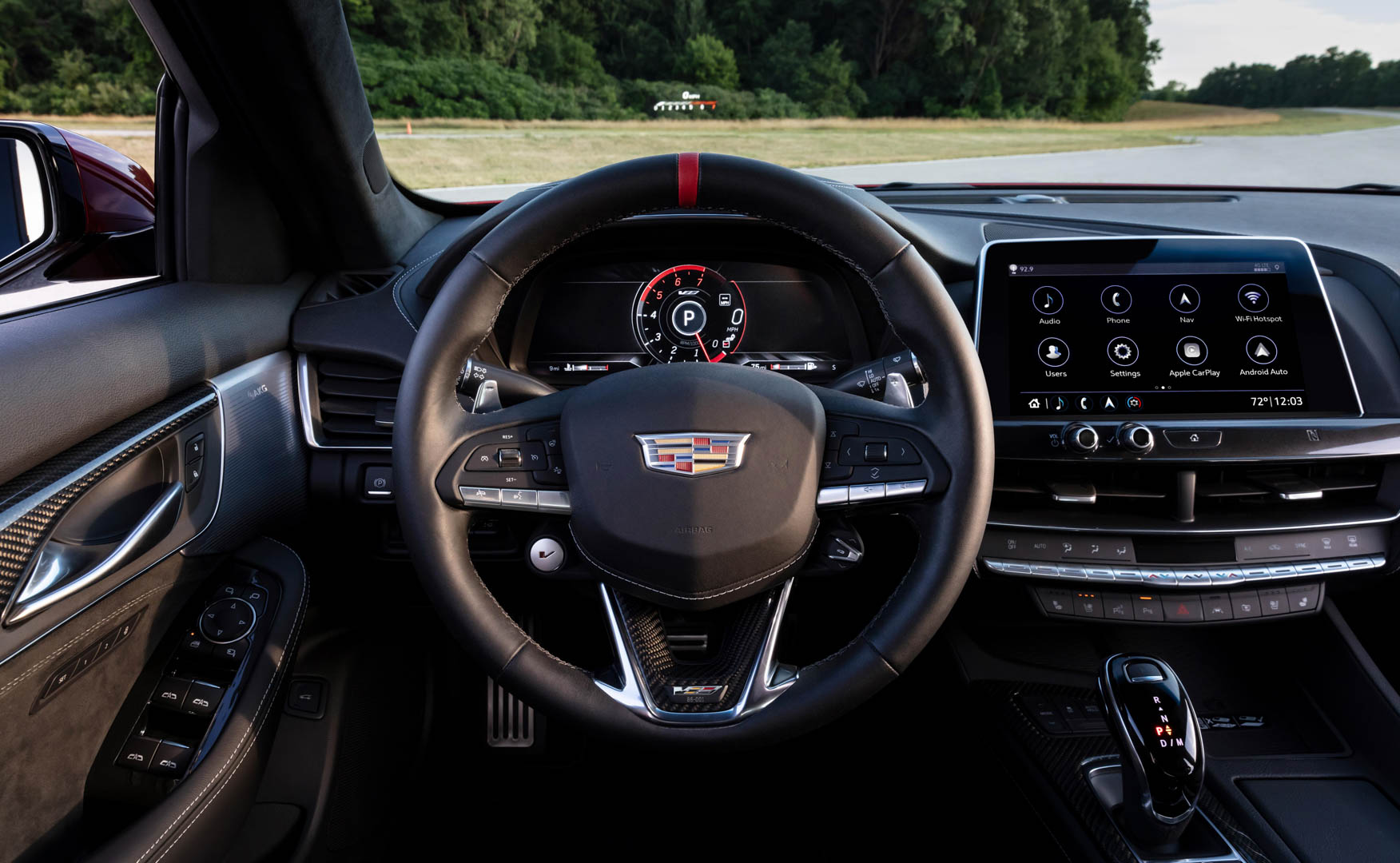