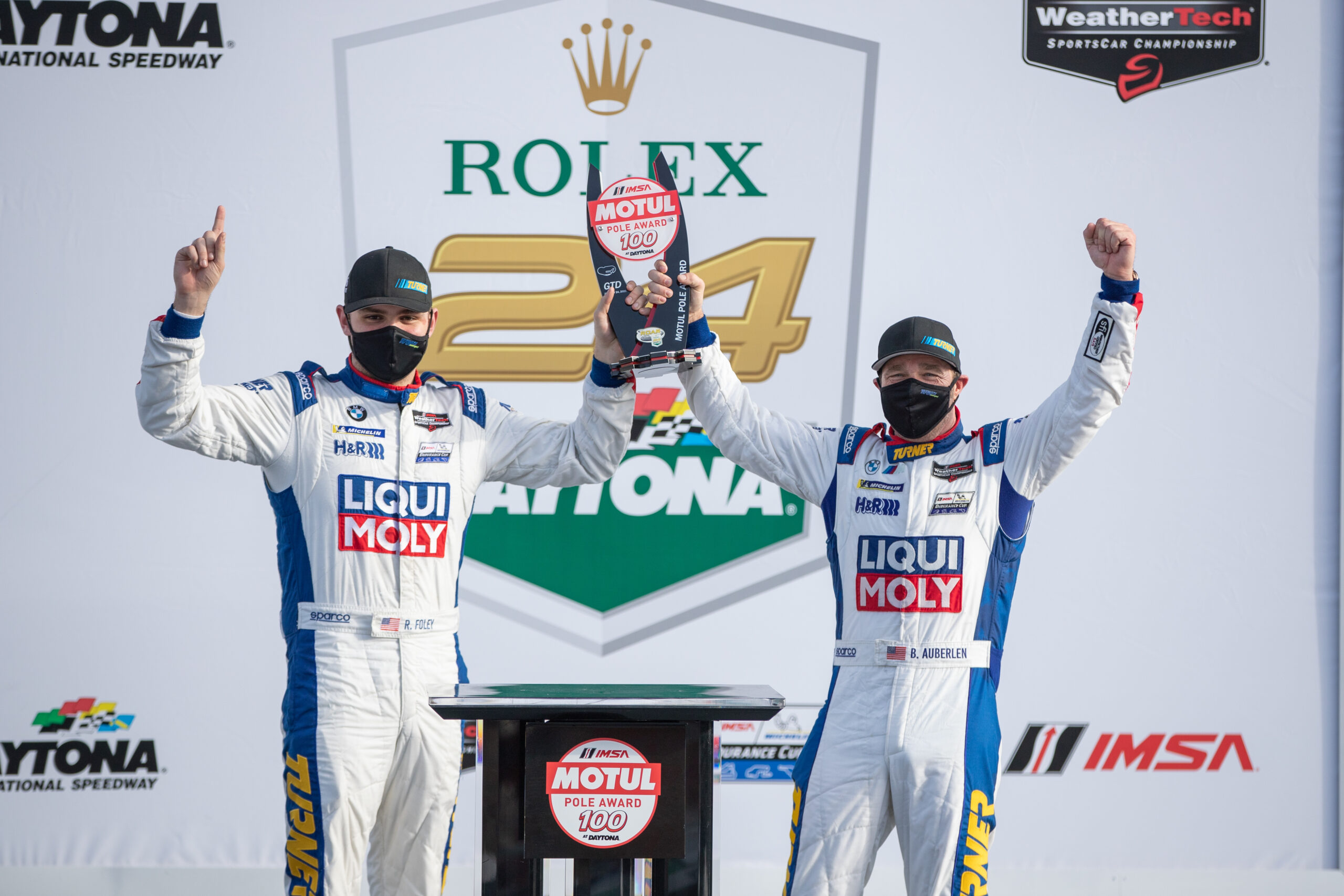 This season of the IMSA WeatherTech SportsCar Championship will be rather special. BMW announced it will only be taking part in the endurance races which means we’ll see less action from the M8 GTE in 2021. The first race of the season will take place this weekend and will feature several BMW cars lining-up. Over the last few days, BMW Team RLL had some time to practice on the Daytona International Speedway before running in the qualifying rounds.

Even though the driver line-up includes some less-familiar names for the IMSA competition, BMW Team RLL managed to claim the top two spots on the starting grid, thanks to some amazing performance from the drivers. And the newcomers managed to show everyone else how it’s done. Marco Wittmann will be racing in the #24 car alongside veteran John Edwards, Jesse Krohn and Augusto Farfus. Even though Wittmann raced last in a GTD car back in 2016, he posted the fastest lap time in Saturday’s qualifying rounds. 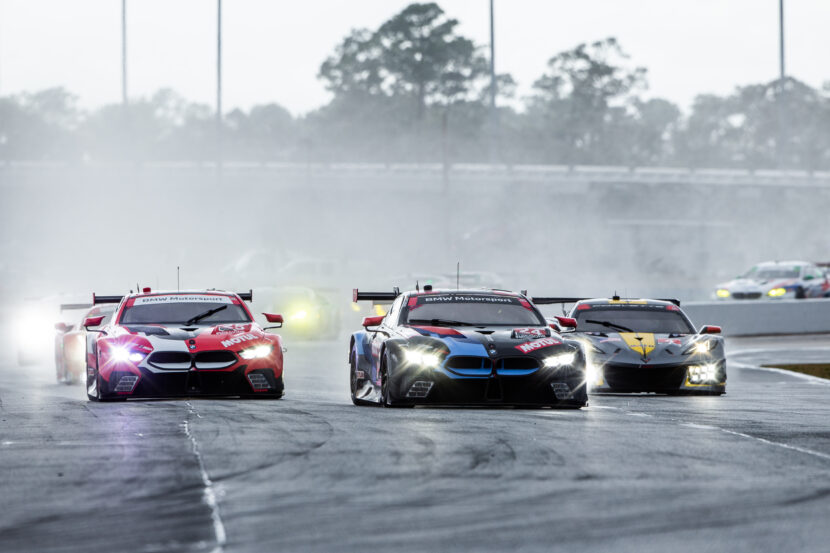 That’s not the most impressive performance of the weekend though. Timo Glock managed to claim second place, next to his co-national teammate, even though he had never raced in a GTD car before or aboard the M8 GTE. He will be sharing driving duties in the #25 M8 GTE run by Team RLL with Bruno Spengler, Connor De Phillippi and Philipp Eng. To make it even more outrageous, the two rookies posted their best times in some of the harshest conditions you can get on the Daytona track, with rain during the first stint, making the surface very slippery.

The starting positions on race day were decided by a new race held on Sunday afternoon. The ‘MOTUL Pole Award 100’ means two drivers were picked for each car and raced for 100 minutes to win points and a good starting position on the next weekend. Wittmann and Farfus competed in the #24 car while Glock and Eng did it in the #25. Glock and Eng crossed the finish line fifth in the GTLM class, with Wittmann and Farfus behind them in sixth place after they had to come in for an unscheduled pit stop.