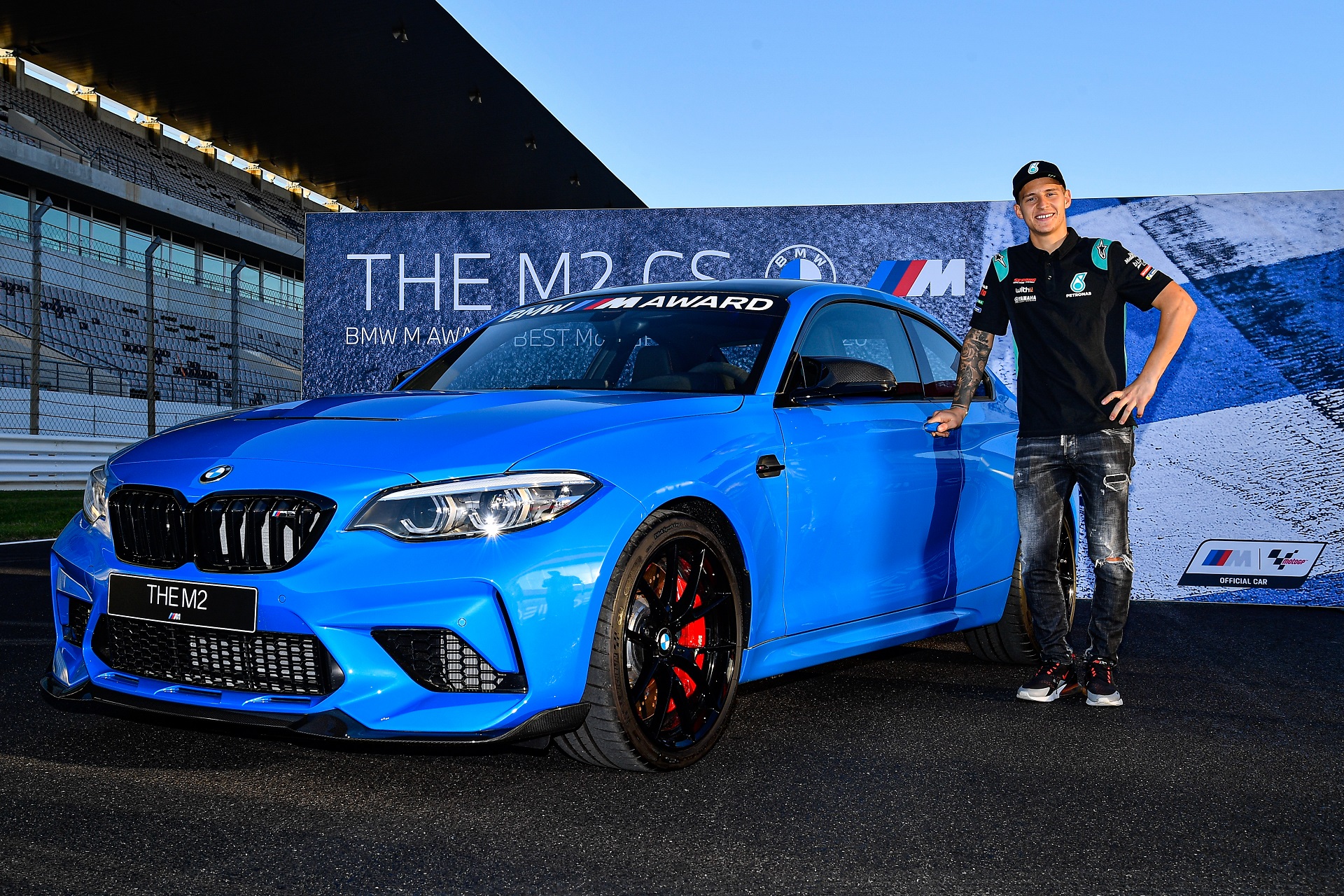 For the last seven years, the BMW M Award had only one winner: Marc Marquez. The Spaniard manage the impressive performance of basically creating his own BMW M collection by winning the award since 2013. This year, he fell short but it wasn’t necessarily because he wasn’t fast enough but rather because he couldn’t compete, being injured. That allowed other racers to rise to the occasion and Fabio Quartarao claimed the title for 2020.

In case you’re not watching MotoGP, the two-wheeled competition and BMW joined forces to offer a special award to the fastest qualified each season. This time, Fabio claimed it, the award being a special BMW M2 CS. The car was presented to its future owner this weekend, at the MotoGP finale, in Portimao, Portugal. This season, Quartarao claimed the pole position four times and won a total of 235 points for the BMW M Award classification, beating the runner up by 13 points. 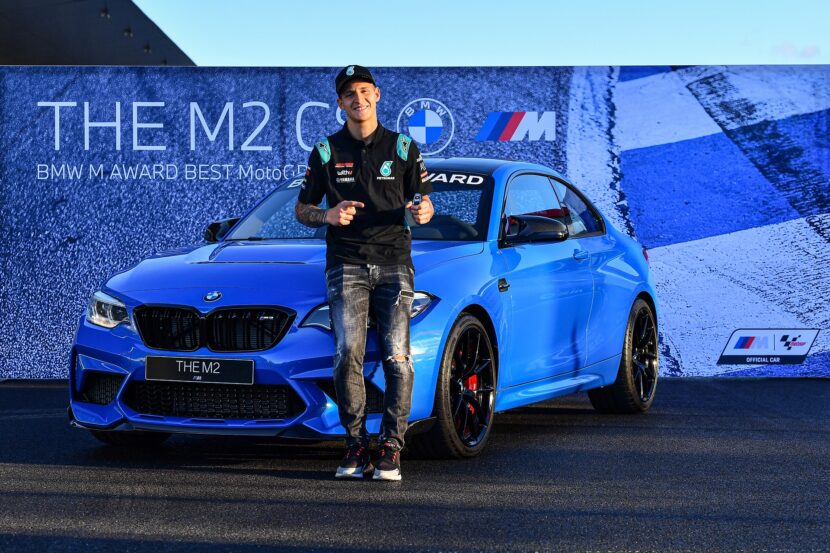 “What a crazy, exciting season. I’m delighted to have won the race for the BMW M Award,” said winner Quartararo. “It’s great that BMW M GmbH has been acknowledging our performances in qualifying with this special prize for so many years. Many thanks for this recognition. I’m already really looking forward to taking my new BMW M2 CS for a spin. It looks like a racing car for the road and is no doubt a lot of fun. Huge thanks to BMW M GmbH!”

The BMW M Award has been part of the MotoGP since 2003. This is one of the ways BMW and Dorna Motorsports (the organizers of the MotoGP) work together and have been doing so for nearly two decades. Apart from Marc Marquez, with his seven cars won, Valentino Rossi and Casey Stoner have also claimed the sought-after award three times each, followed by Jorge Lorenzo (two wins) and Sete Gibernau and Nicky Hayden (one win each).