Home » Models » ALPINA » Interview with ALPINA CEO: How the ALPINA BMW i8 Almost Happened and Why it Didn’t 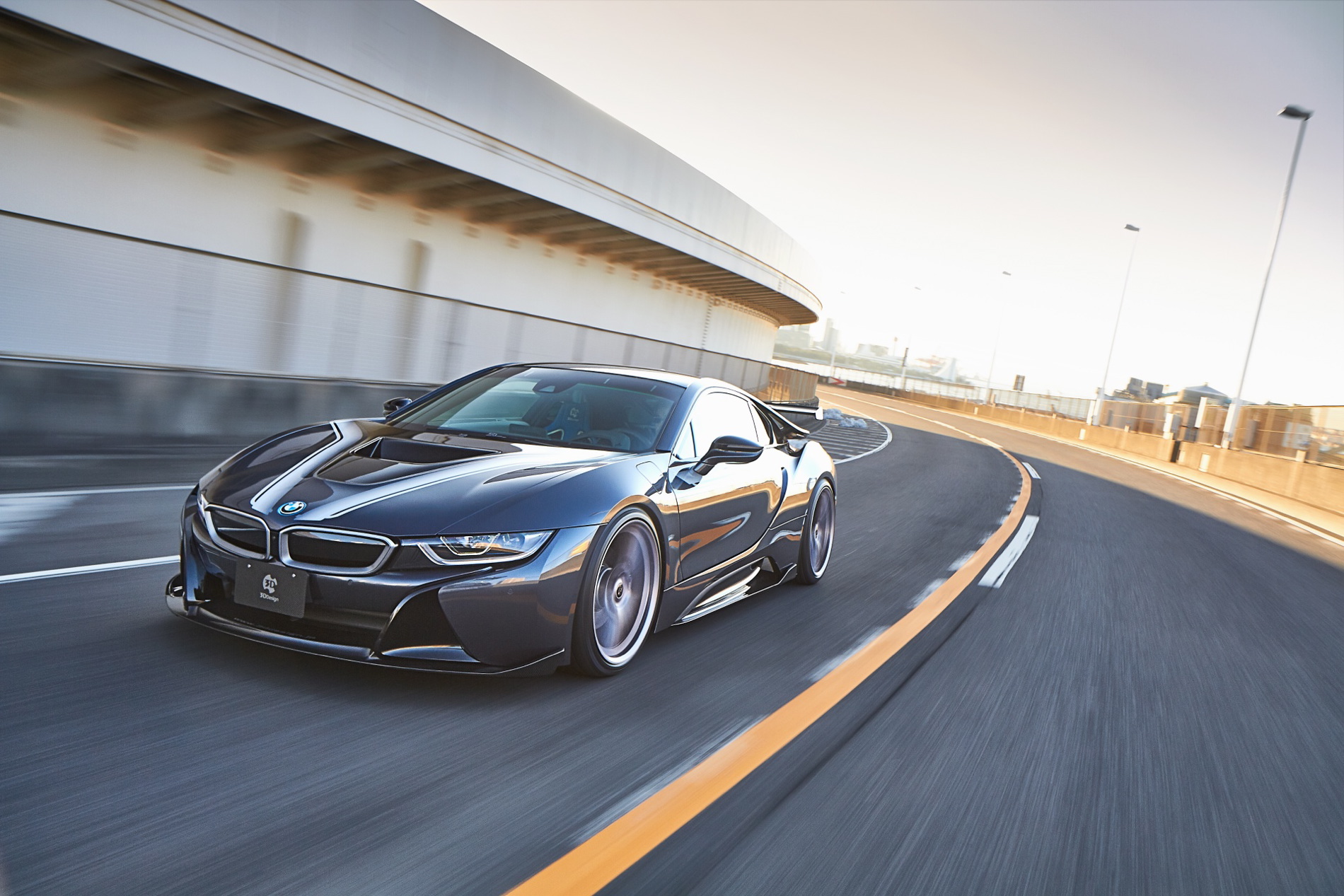 Since the debut of the BMW i8 back in 2014, fans have been begging someone; BMW, the M Division, ALPINA or anyone that would listen; to build an i8 with a bigger engine and more power. The i8’s lightweight carbon fiber tub chassis seemed like the perfect host for proper supercar performance. However, no such car was ever made, much to the chagrin of the fanbase.

But, a few years ago, there was word that ALPINA actually had developed a prototype i8 with a larger engine and more power. Unfortunately, the project was scrapped and never spoken of again. Until we recently spoke with ALPINA owner Andreas Bovensiepen about that very ALPINA i8 project car.

The rumor mill brought about talk of ALPINA replacing the i8’s MINI-sourced 1.5 liter three-cylinder engine for a larger four-cylinder. Those rumors were correct, as Bovensiepen and his team did indeed swap out the engine. In fact, the engine ALPINA used was actually the same 2.0 liter turbocharged four-pot that now powers the BMW M135i. Except it was tuned to make around 350 horsepower, rather than the M135i’s 302 horsepower. Throw in the electric motors and the ALPINA i8 was a far more potent machine than its BMW counterpart.

Cooling was only one of the issues that ALPINA faced when stuffing in a bigger engine but it was one that ALPINA was able to remedy. Not only did ALPINA fit the engine with a bigger intercooler but it also had to fit two additional intercoolers in the front fenders to help cool the oil and the gearbox.

Speaking of gearbox, the bigger engine’s power was too much for the standard six-speed automatic used in the i8. So ALPINA went with an eight-speed Aisin unit, the same one that’s used in the M135i. That bigger gearbox needed more cooling, hence the additional dedicated intercooler. 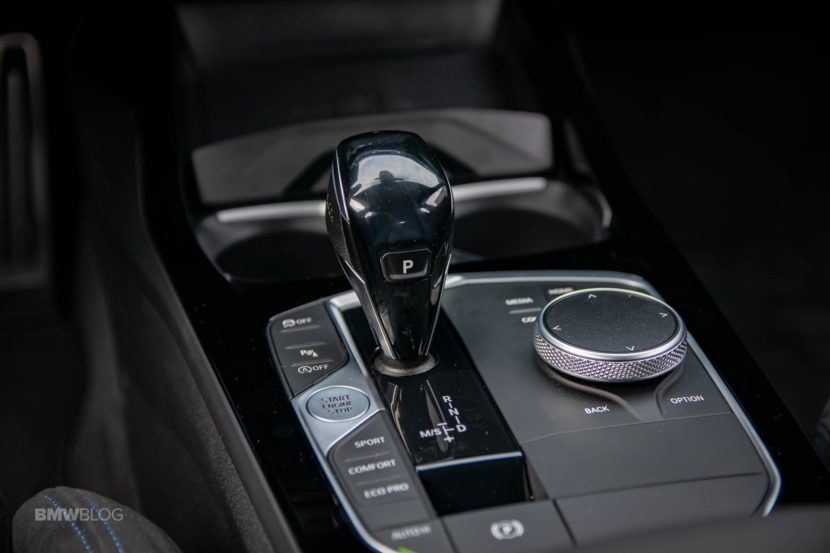 All of that additional equipment required a new rear subframe. Obviously, the new engine and transaxle gearbox required a new aluminum subframe, which was not only sized to fit but reinforced and stronger than the pre-existing one. However, that wasn’t the only change to the chassis. ALPINA increased the tire sized, specifically up front where the tires were increased 55 millimeters, to a 201-section tire. That increase, along with a slight increase in negative camber, was done to reduce the i8’s understeer. Wider fender flares were also added, though just plastic ones for prototype duty, to fit the fatter tires.

No additional chassis modifications were necessary, though. The i8’s carbon fiber construction meant that it was already far stiff enough to handle the increased power and weight. The latter bit is an important, as the larger engine and gearbox, beefier subframes and additional intercoolers bumped the i8’s weight but at least 100 kg (220 lbs). Because of that, it needed to be crash tested yet again, to insure it continued to meet regulatory standards, which is expensive.

Crash testing and expense wasn’t the reason for scrapping the project, though. The biggest reason for ALPINA’s reluctance to finish the punchier i8 was calibration. While the BMW i8 isn’t a thrilling sports car, nor is it fast by modern sports car standards, there’s no denying that’s an incredibly well-calibrated machine. Its engine, rear-mounted electric motor and completely separate front electric motor work so seamlessly together that it borders on magic. So replacing one of those variables — the engine — requires and entire re-calibration of that software. Which is not only incredibly difficult and time consuming but it’s also incredibly expensive. 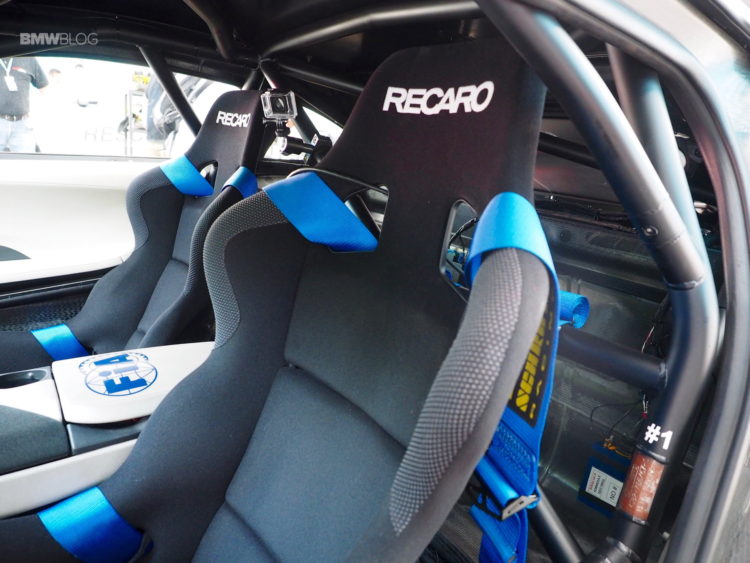 It’s so difficult and expensive that neither Andreas Bovensiepen nor his team felt that it was worth proceeding with. Additionally, they don’t think it makes any sense whatsoever for an independent tuner to even attempt. However, Bovensiepen does go on to say that it might make sense, for racetrack-duty, to strip the i8 of its hybrid tech and stuff in a larger engine. That way, there’s no calibration issues and you still get a carbon fiber chassis, just without all of the weight and complexity of batteries and electric motors.

So, due to expensive calibration issues and the need for further crash testing, Bovensiepen and his team felt that they couldn’t make an i8 that was safe to drive on the road and meet their standards. So the project was thrown in the scrap bin, unfortunately. However, one prototype was made and it did work. It just wasn’t very well calibrated.

Though, after hearing about it from Bovensiepen himself, we’d give almost anything to drive a properly tuned and calibrated ALPINA BMW i8. Imagining the potential of such a car sends shivers up and down our spines.