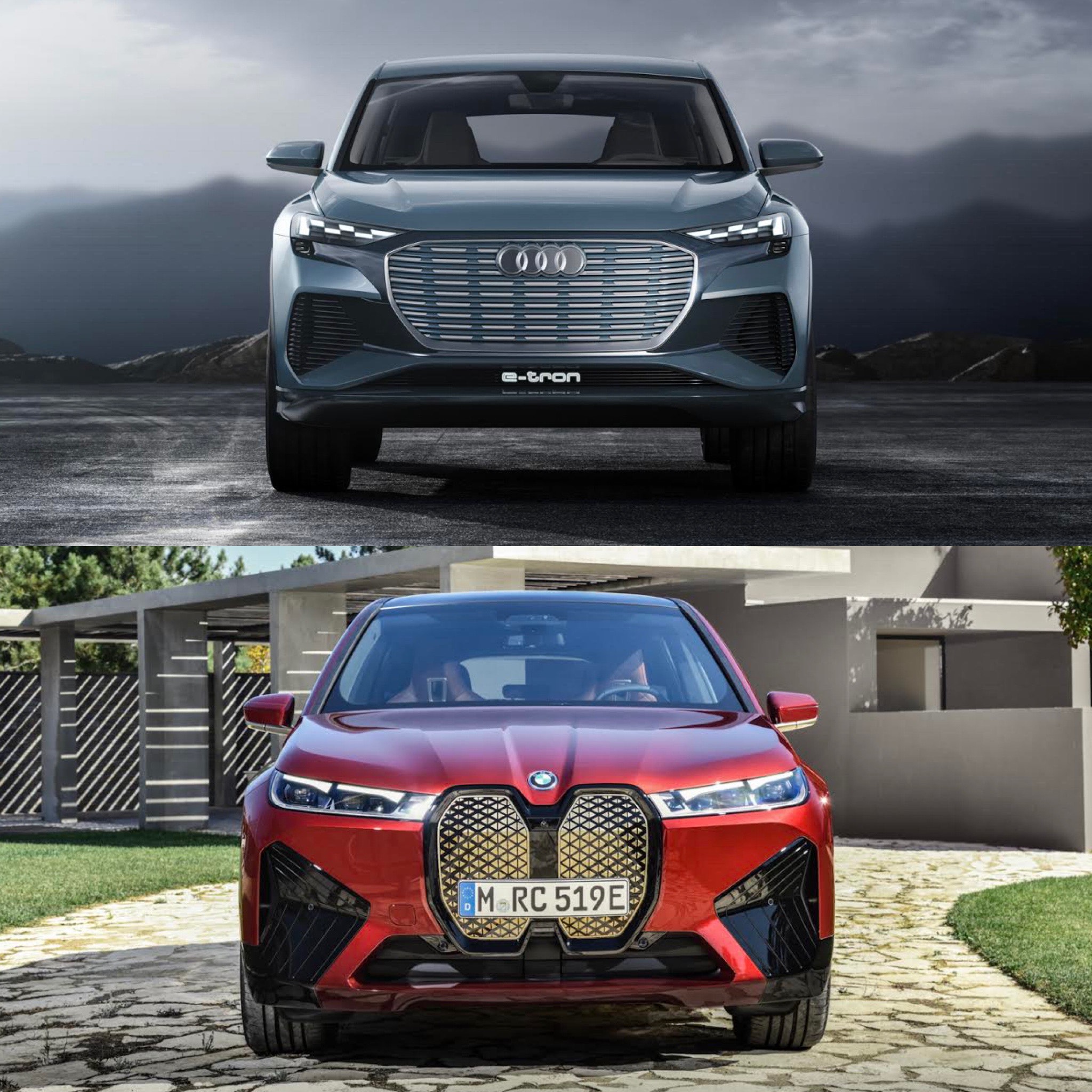 Even before the Audi Q4 e-tron hits the scene, it already has a new competitor from one of its main rival brands — the BMW iX.

The all-new BMW iX has finally made its debut and it seems like an impressive EV. It packs 500 horsepower from dual electric motors, over 300 miles of range and 200 kW charging speeds. It’s also built on a bespoke EV platform and features a ton of interesting technology. However, we obviously haven’t driven it yet, nor do we even have the specs of the upcoming Audi Q4 e-tron, so we can’t really compare the two just yet.

However, we can compare their styling, even though the Q4 is still in concept form. That’s because the Audi Q4 e-tron Concept is about 90-percent production-ready, so its design is likely what we’ll see when the car hits production.

The Audi Q4 e-tron will come in two flavors; traditional crossover and Sportback. For this comparison, we’re going with the standard version, as the BMW iX is also a traditionally-shaped crossover.

Both cars have similar shapes but the BMW iX seems to be a bit larger and a bit more squared off. While the Q4 seems to have rounder edges and a slightly curvier design. Both cars also have fake versions of their traditional grilles, with only small parts of each providing actual cooling.

Up front, the Audi Q4 e-tron looks a bit more cohesive. Its grille manages to somehow be larger but also a bit less offensive. Its headlights aren’t as sleek but they feature ultra-slick Matrix LED technology, which can actually create shapes of light on the road ahead. The BMW iX has the best looking iteration of the brand’s new grille design but it’s still a bit awkward, so the Q4 takes the win up front.

In profile, the BMW iX is not only the more traditional looking SUV but it’s also the more handsome. Its boxier design, squared-off fender flares and floating D-pillar give it a surprising amount of character. Traditionally, small crossovers are bland and boring machines but the iX is a fun looking car in profile. While the Audi Q4 e-tron isn’t bad, it’s a bit too bulbous, so the Bimmer takes the win.

Out back, it’s a bit of a toss up. The Audi Q4’s slick rear light bar really adds some theater and drama to its rear end. While the iX’s back end is handsome, it’s also a bit boring. In the world of electric SUVs, boring isn’t great. So the snazzy lights of the Audi give it the edge out back.

Inside, the BMW iX really wows with a high-tech, luxurious yet minimalist looking cabin. While the Audi Q4 e-tron has a nice looking interior, it’s a bit white-bread in comparison to the ultra-slick cabin of the iX. The Q4 looks like an electric version of the Q3 inside, while the iX looks like something new altogether. So the BMW wins it inside as well.

While these two cars technically tie for wins here, the nod needs to go to the BMW iX. Not only is it the more exciting car but it’s also the only real one at the moment. Sure, the Q4 e-tron concept is close to a production-ready design but it’s not quite there yet, so we can’t have a concept beating out a production car. Having said that, even if production-ready, the iX is still the more visually interesting car, inside and out, of the two.

It must be said that, to start at least, the BMW iX is far more expensive than the Audi Q4 e-tron. The former is going to cost around $80,000 to start, at market launch, and the car you’re looking at is likely optioned past $100,000. While the Q4 e-tron is said to start at around $45,000. So there’s a huge price difference there. 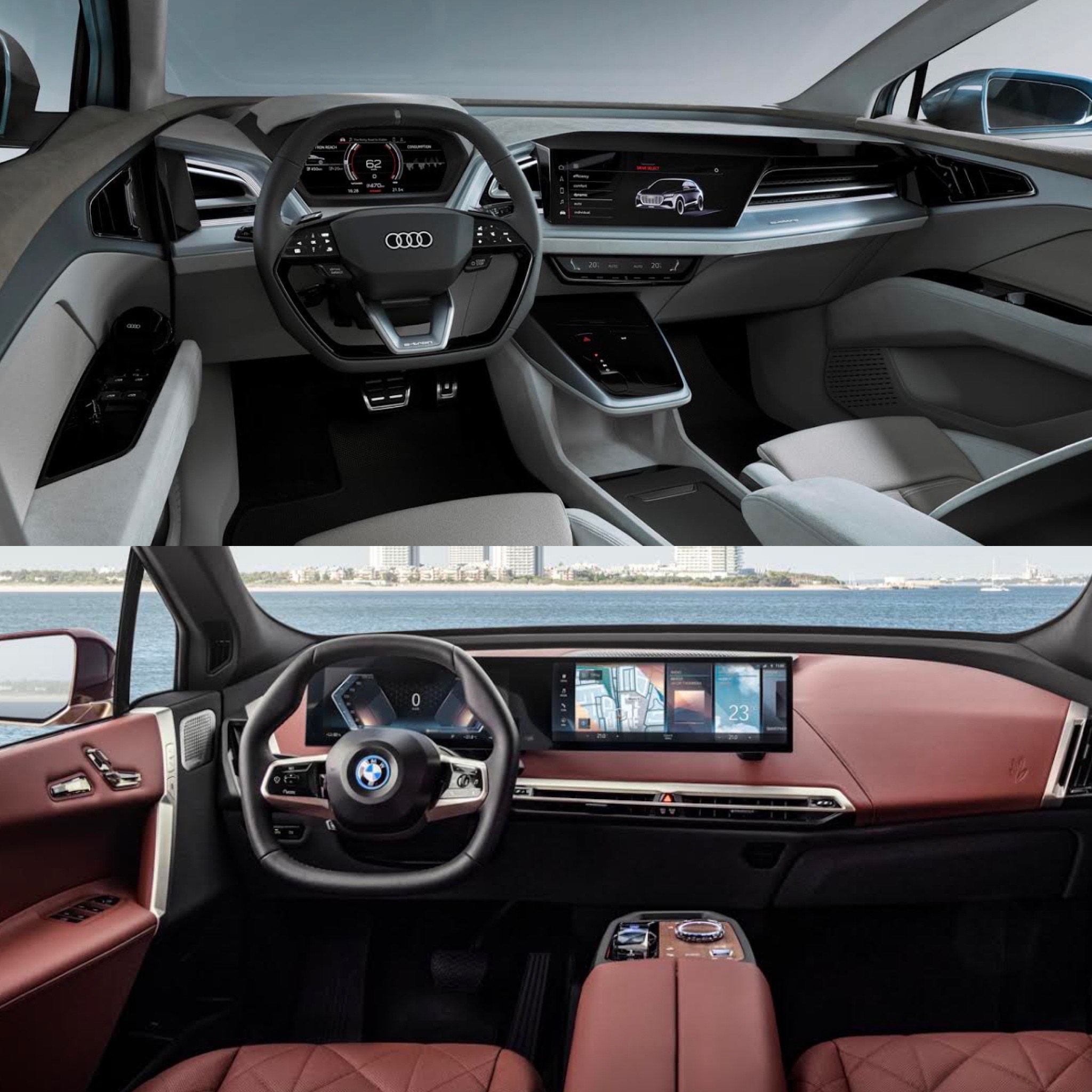 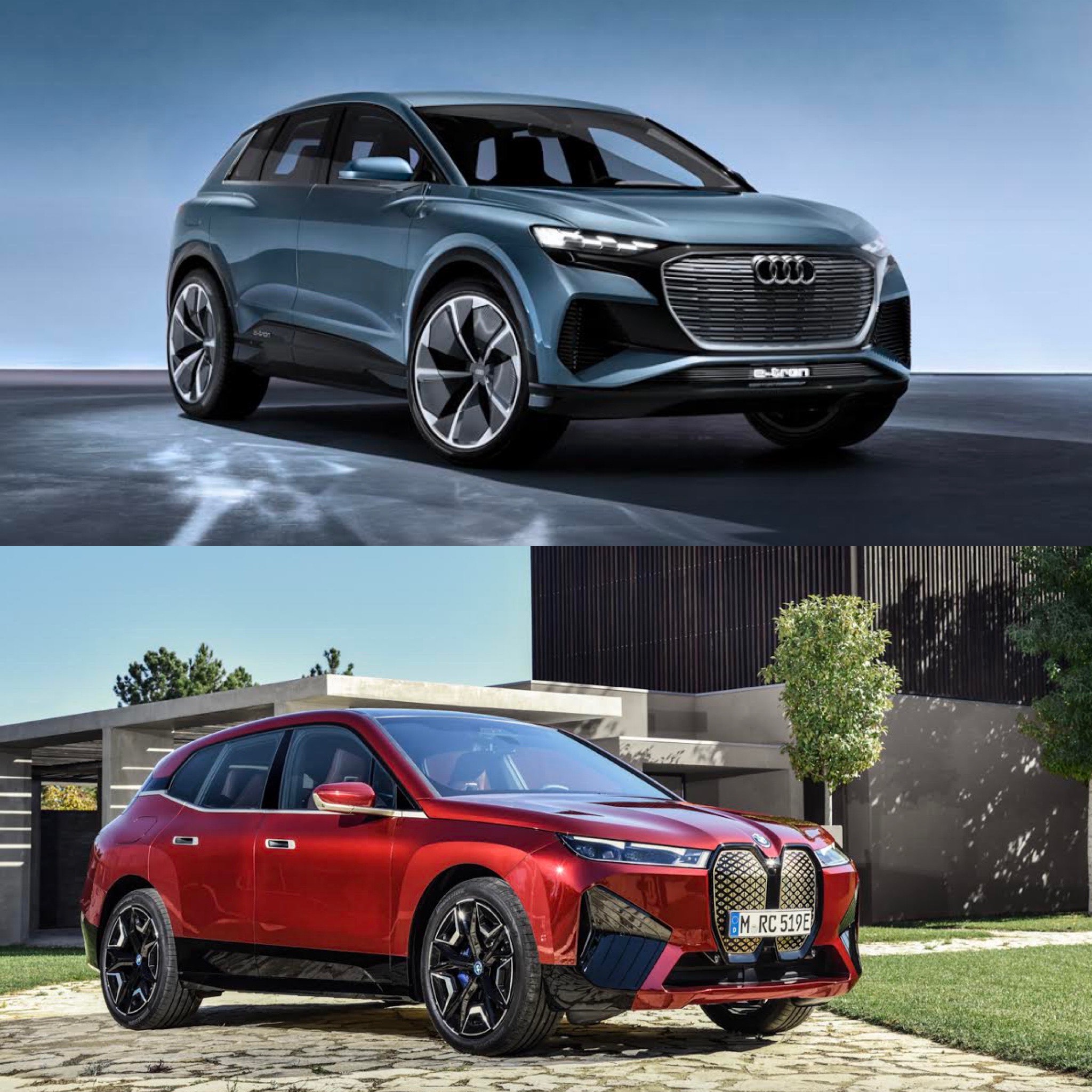 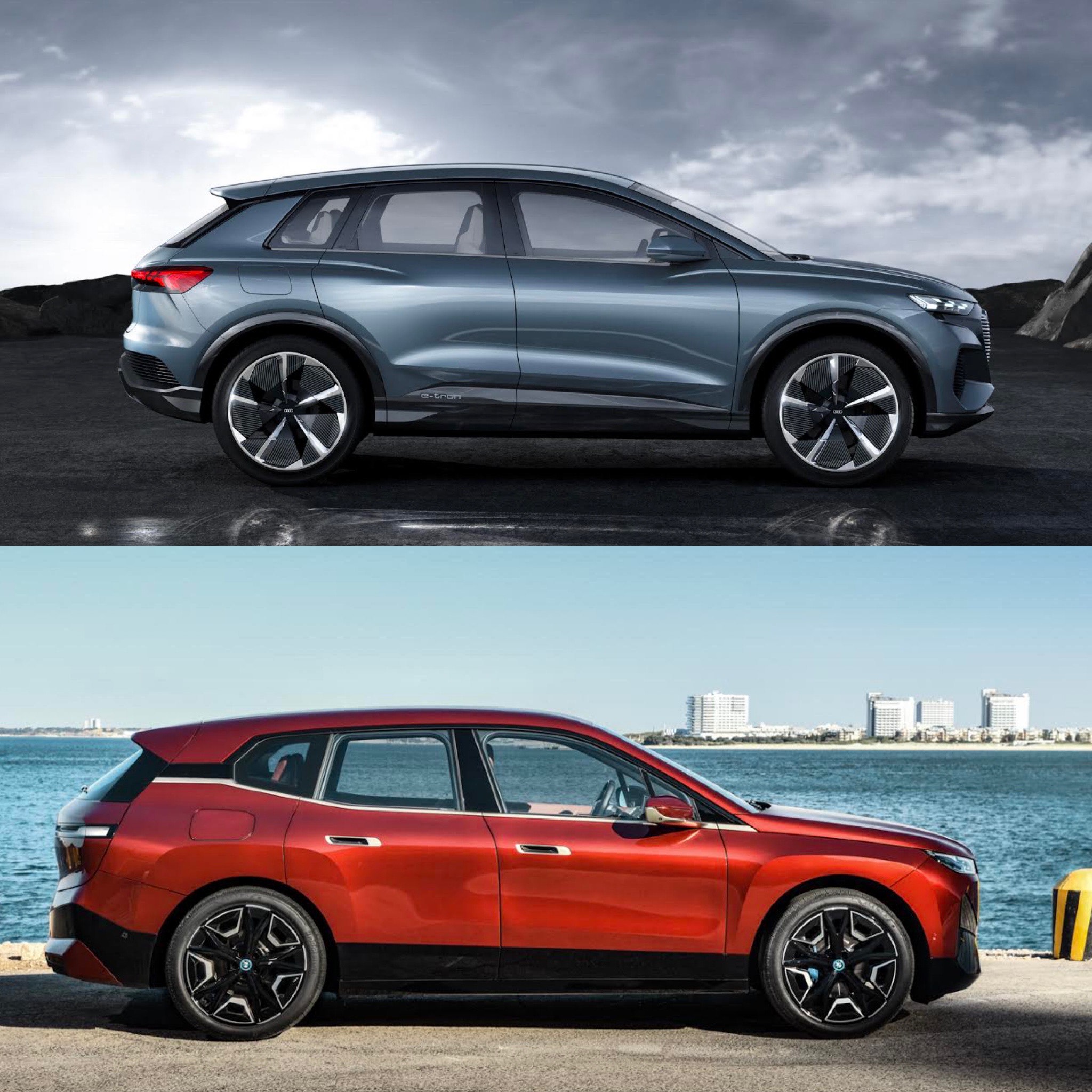 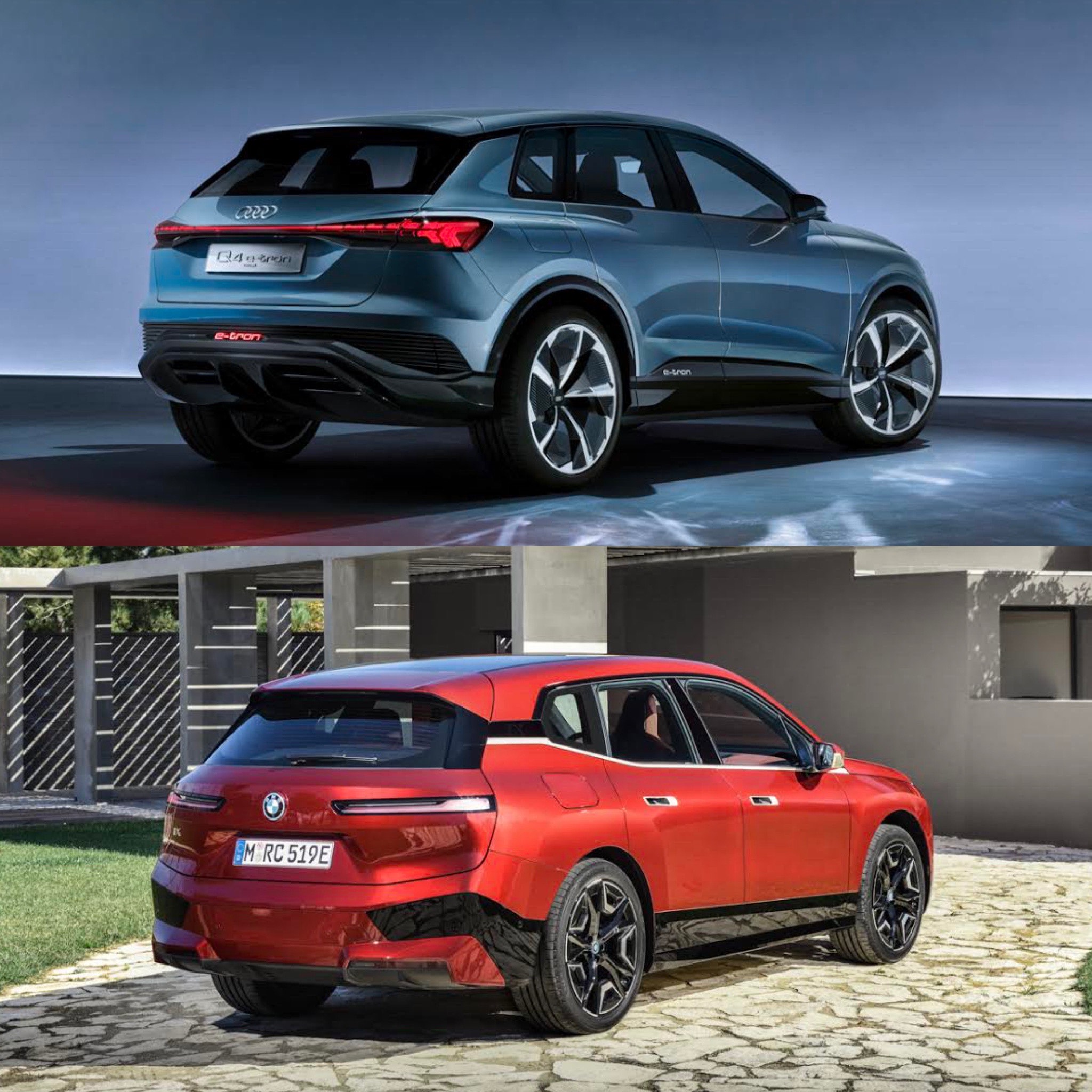