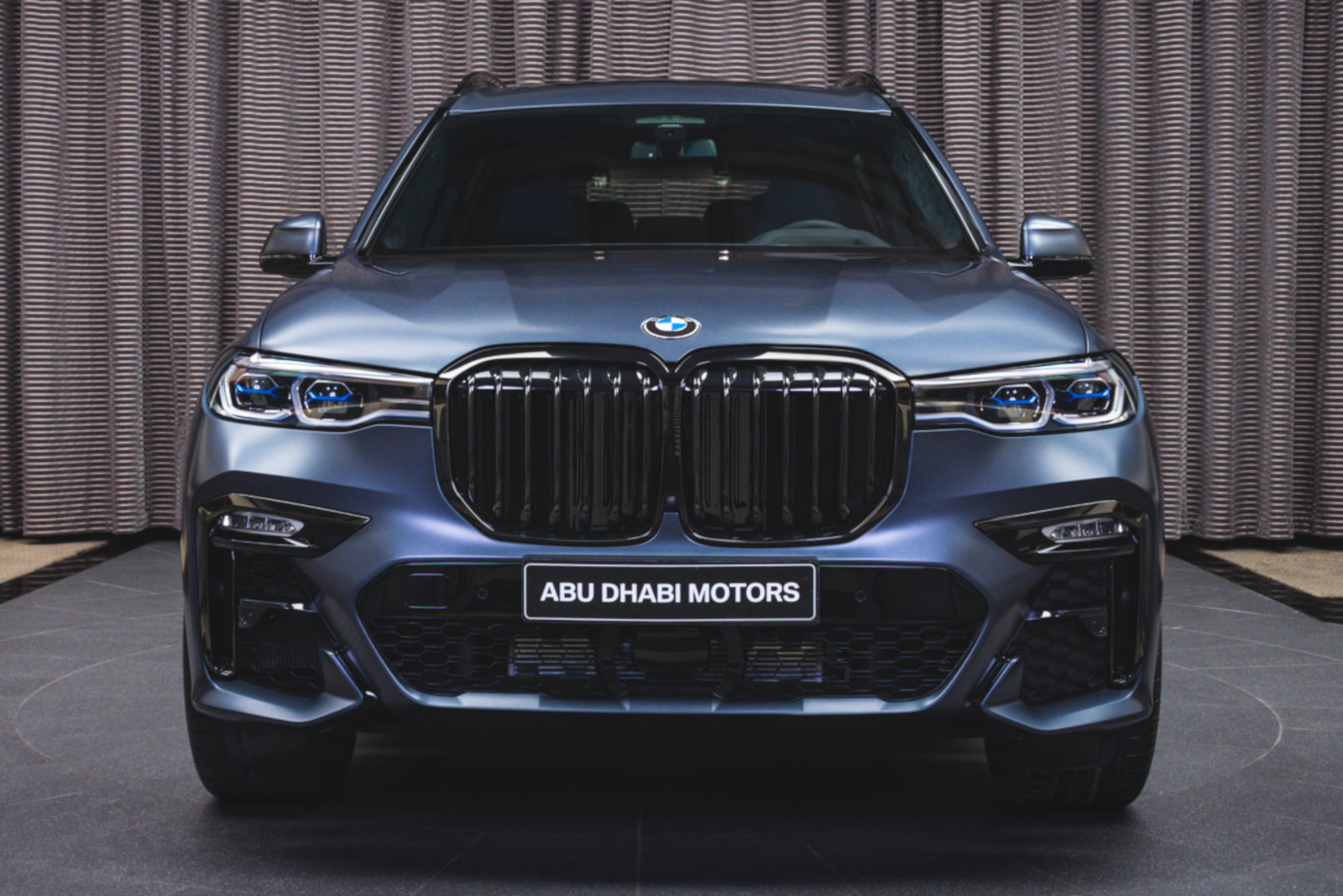 Unsurprisingly, the first live photos of the BMW X7 Dark Shadow Edition come from Abu Dhabi. Alongside the U.S., the Middle East is one of the most important markets for the luxury SUV, which has opened up a highly attractive segment for BMW within a short period of time. The special edition Dark Shadow, limited to 500 units worldwide, offers customers even more exclusivity and an even more special appearance. Mostly, because the matte Frozen Arctic Grey is without a doubt a very special eye-catcher. 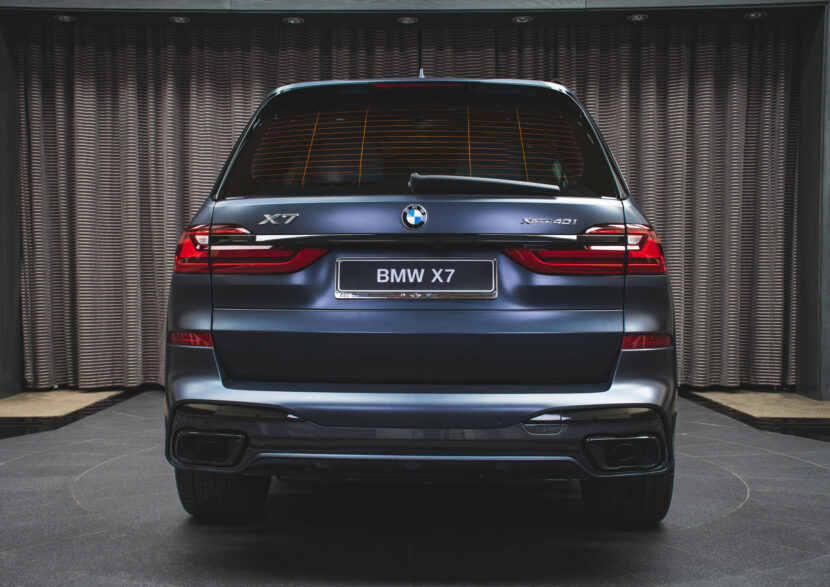 These live photos make the new color Frozen Arctic Gray appear much bluer than the first official press photos. At that time, the paintwork was more reminiscent of Frozen Black or Frozen Dark Gray. The silky-matte shimmering blue-gray is combined with the dark details of the Shadow Line with extended features.

The double kidney grille on the front of the X7, which is already very exposed, is therefore additionally emphasized. The 22-inch V-spoke 755 M light alloy wheels look just as powerful and sporty as expected. 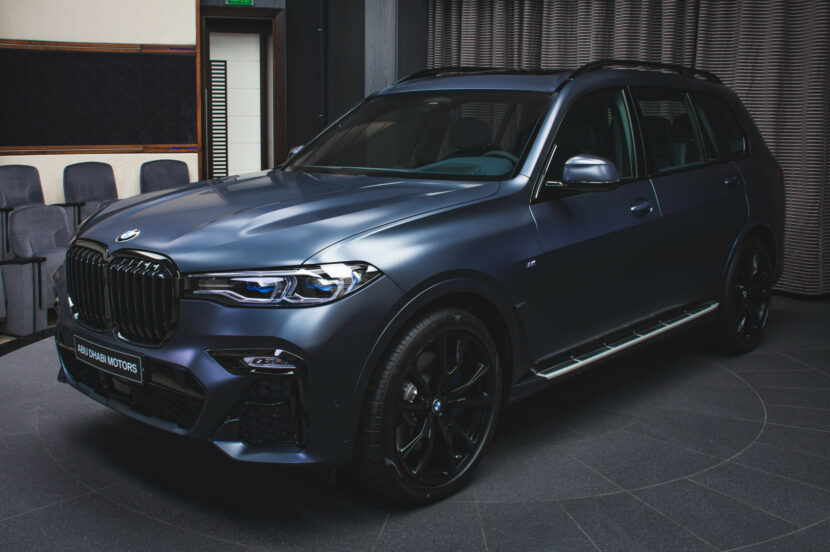 The drive of the BMW X7 Dark Shadow Edition shown here is comparatively unspectacular. The model currently on display in Abu Dhabi is a BMW X7 xDrive40i with 333 hp in-line six-cylinder and 48-volt electrical system. However, this 7-seater is still quite fast in the standard spring: 6.3 seconds from 0 to 100 and 243 km/h (151 mph) top speed.

If you want even more performance, you can also order the Dark Shadow Edition with the 530 hp V8 Twin-Turbo of the X7 M50i. 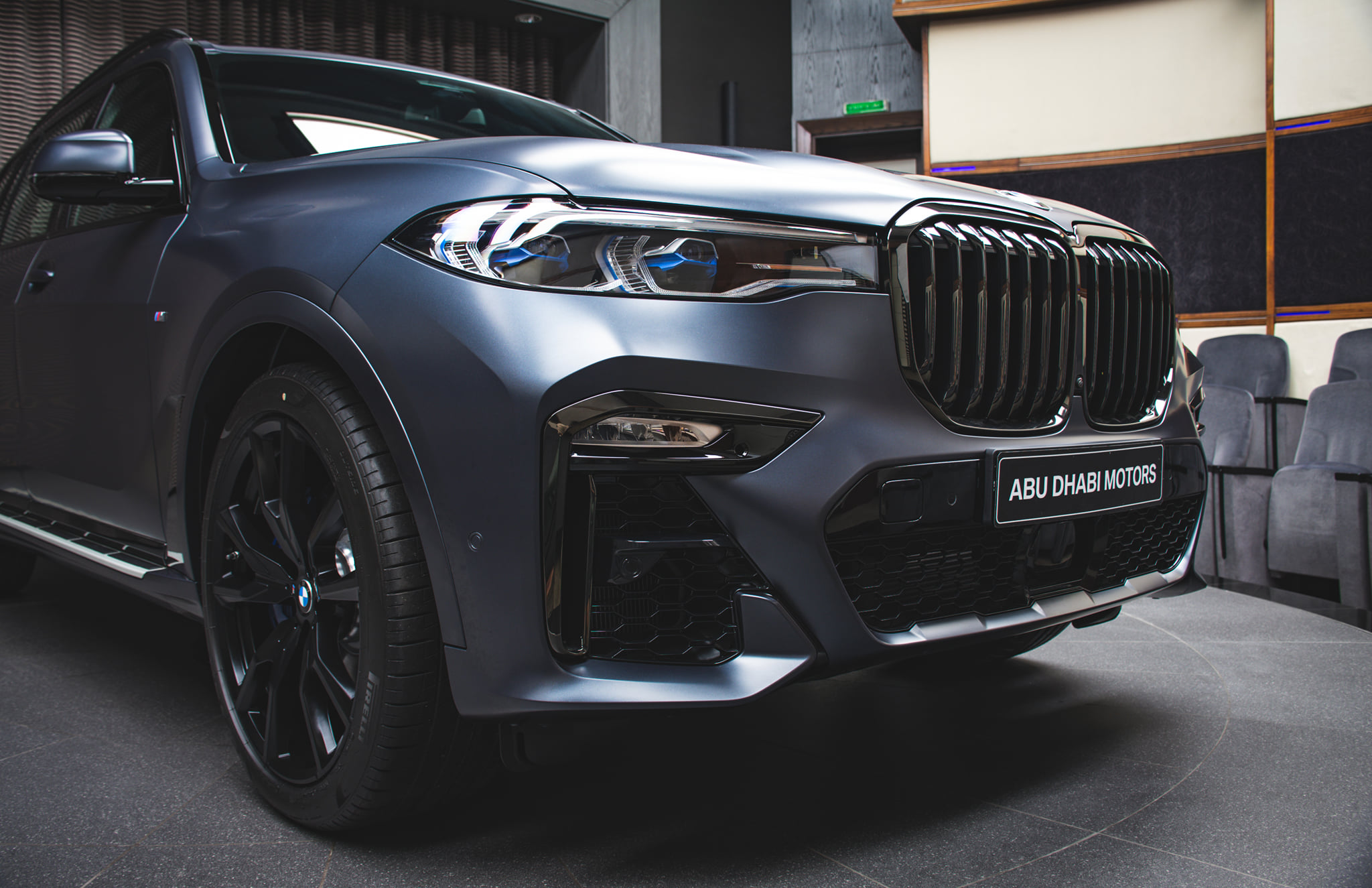 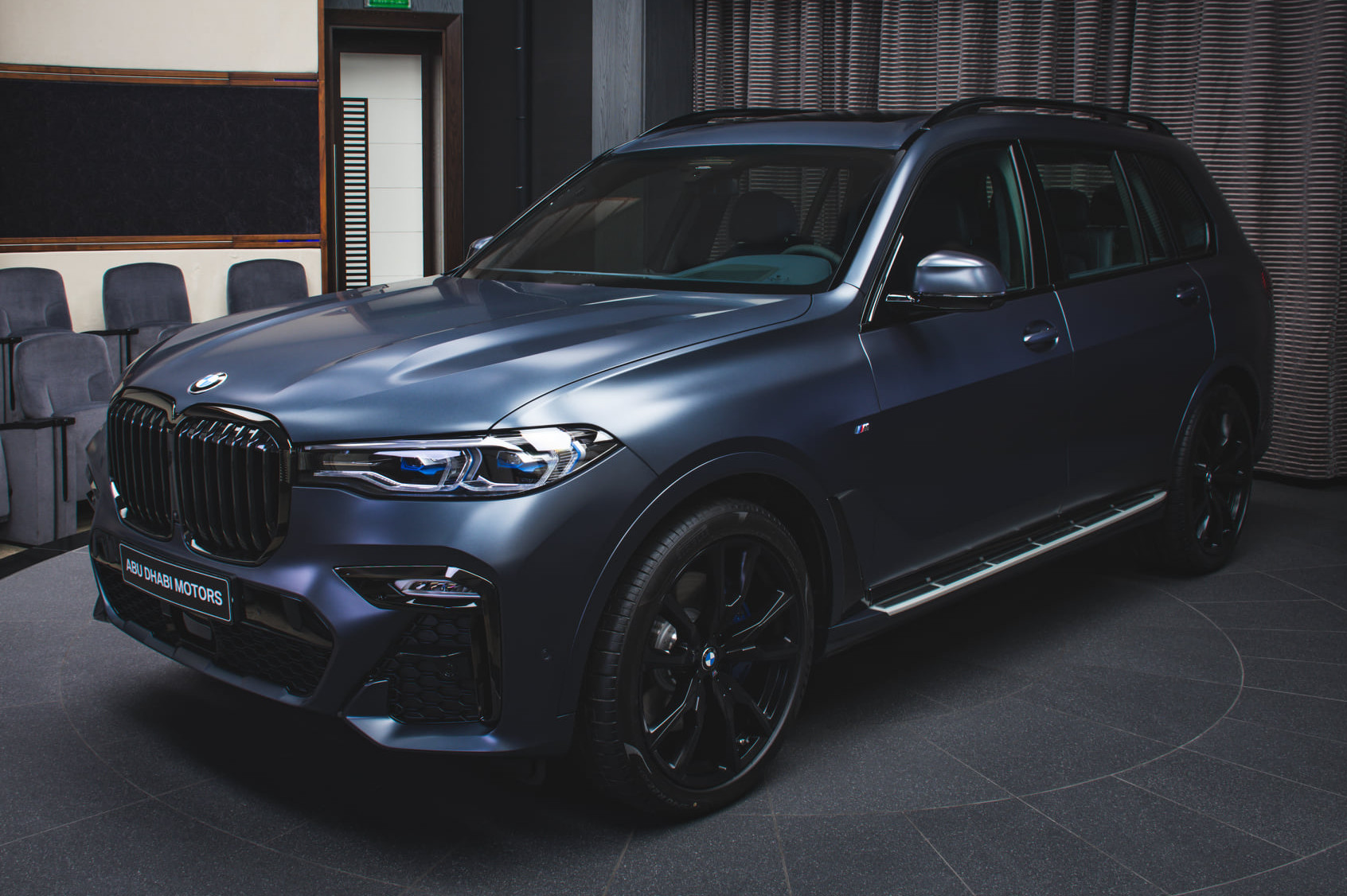 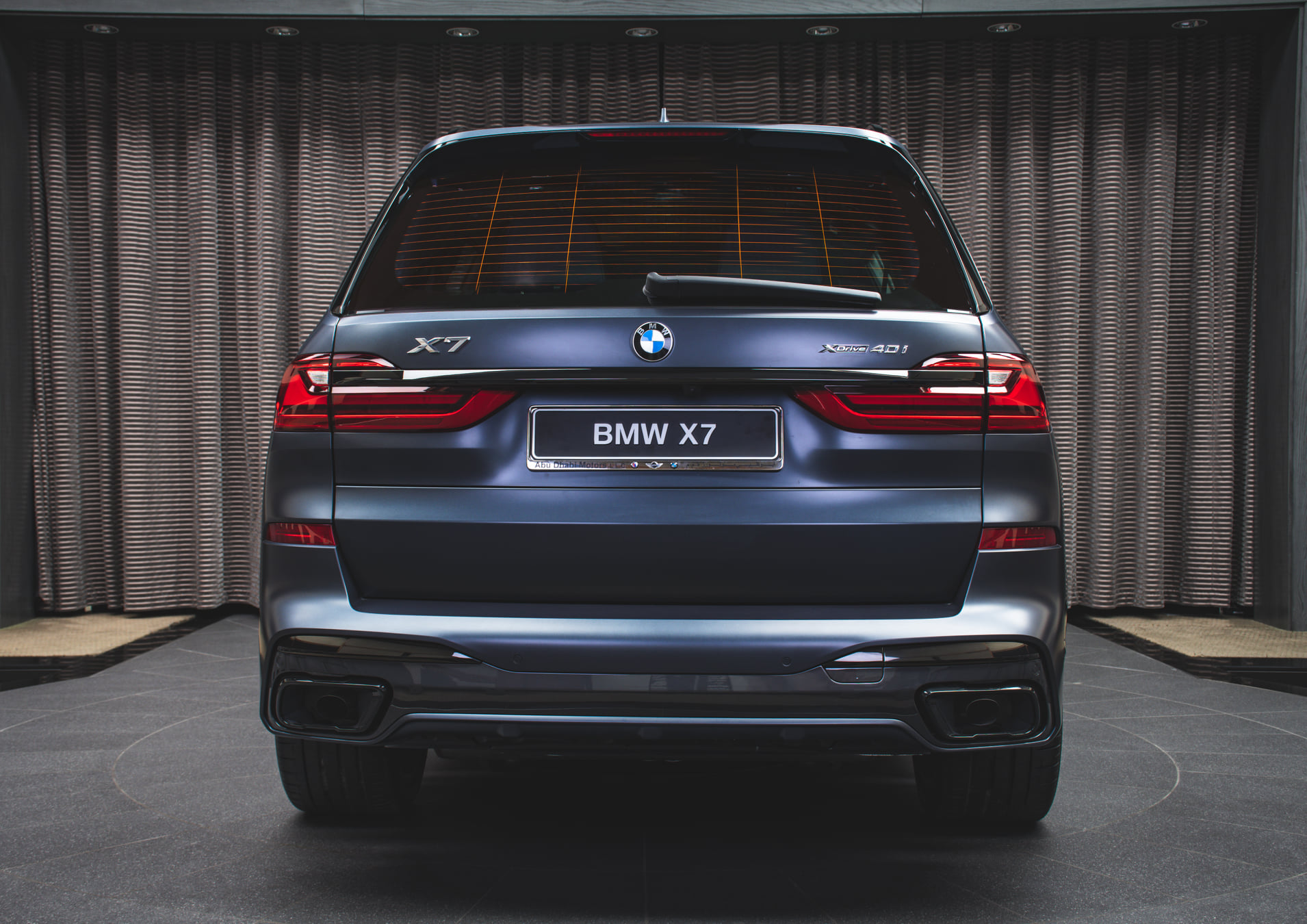 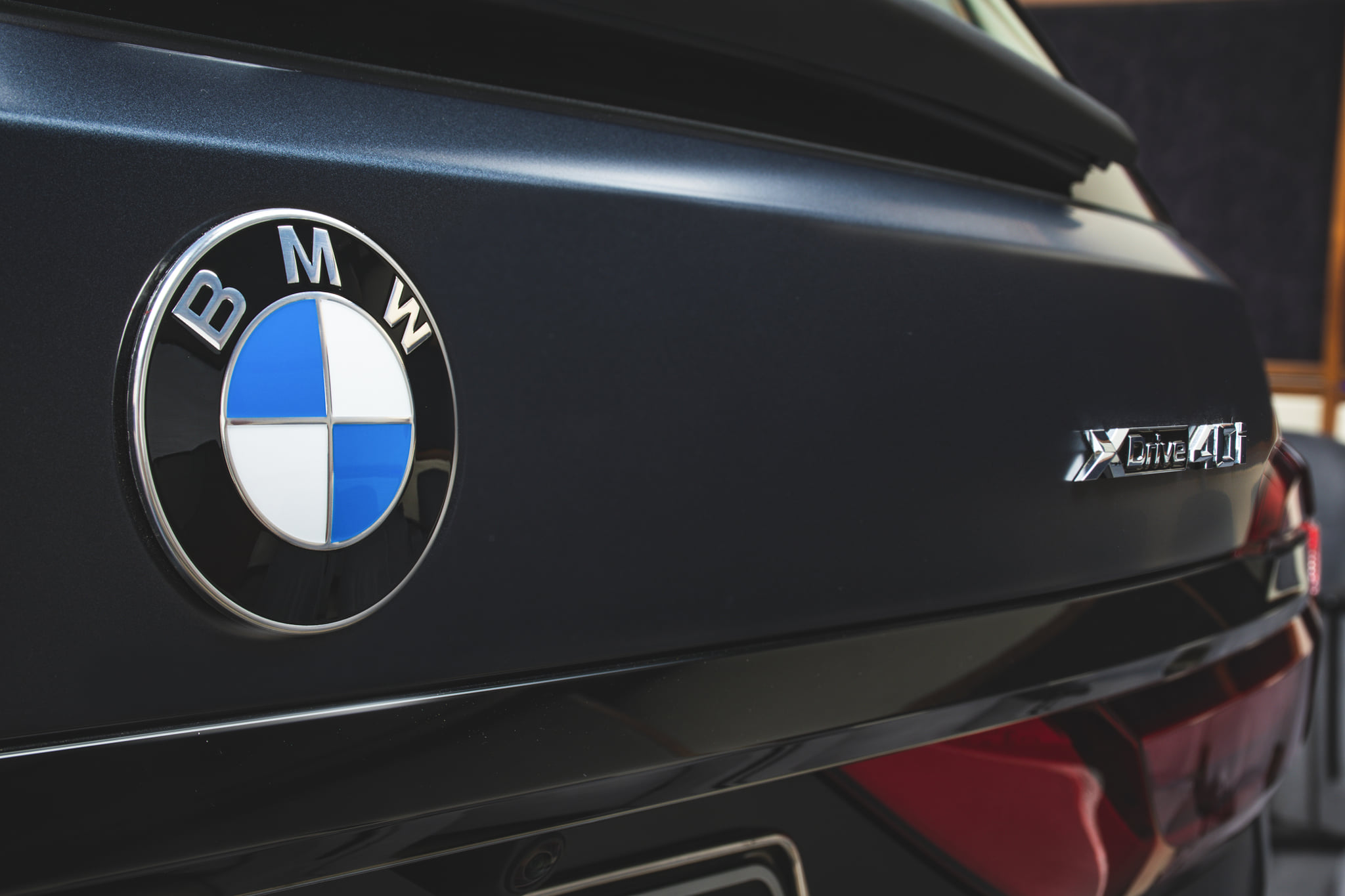 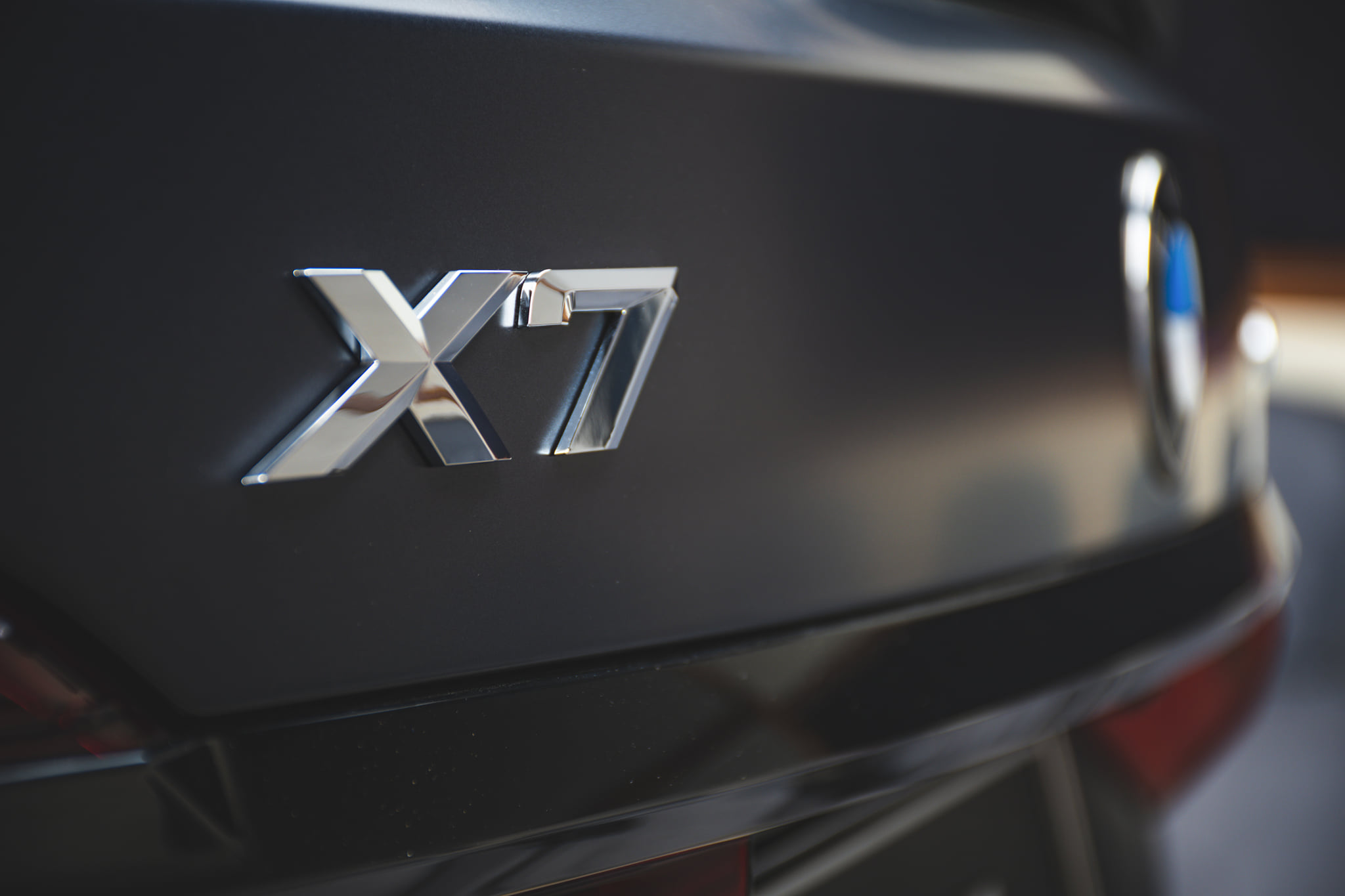 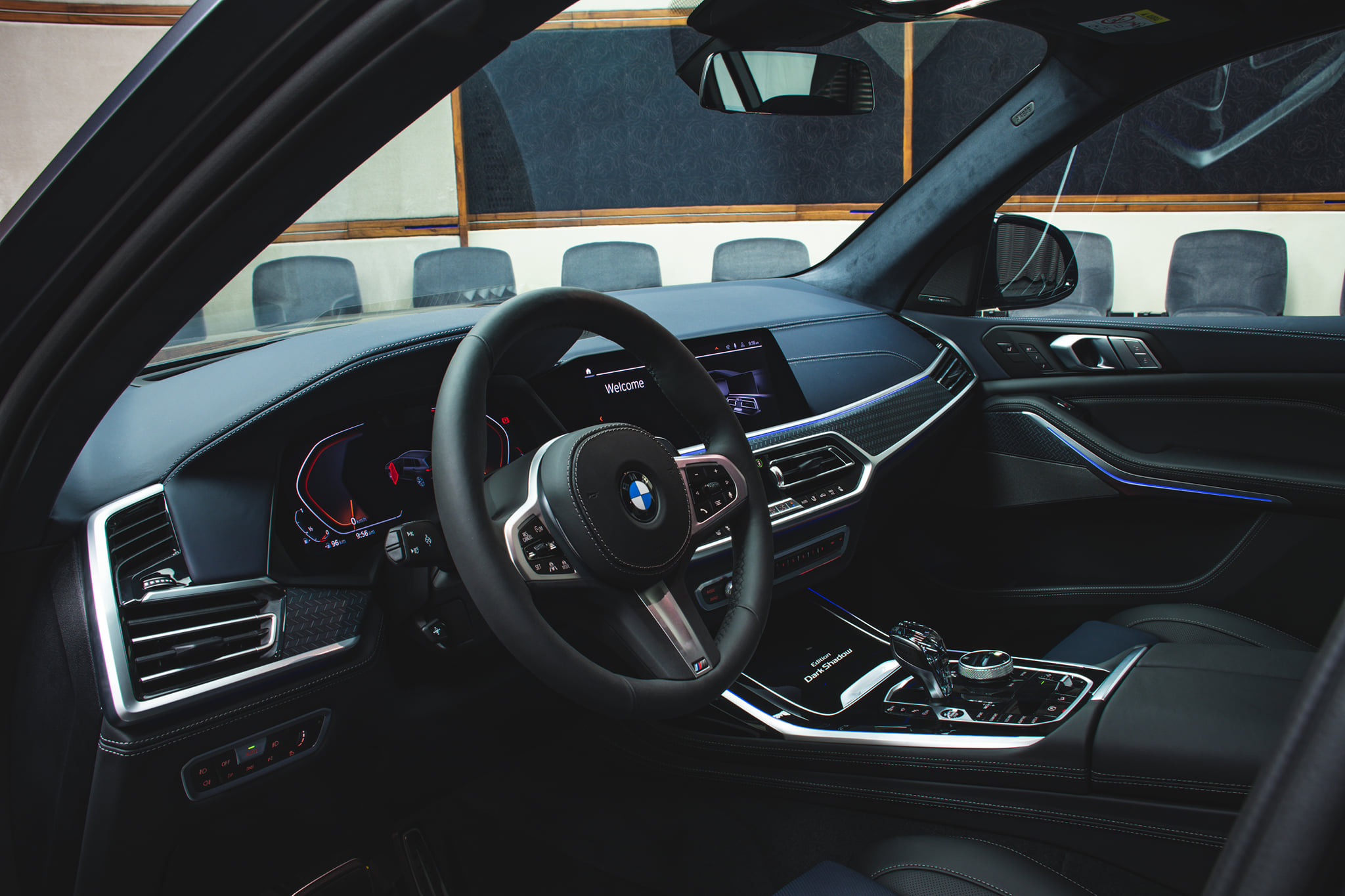 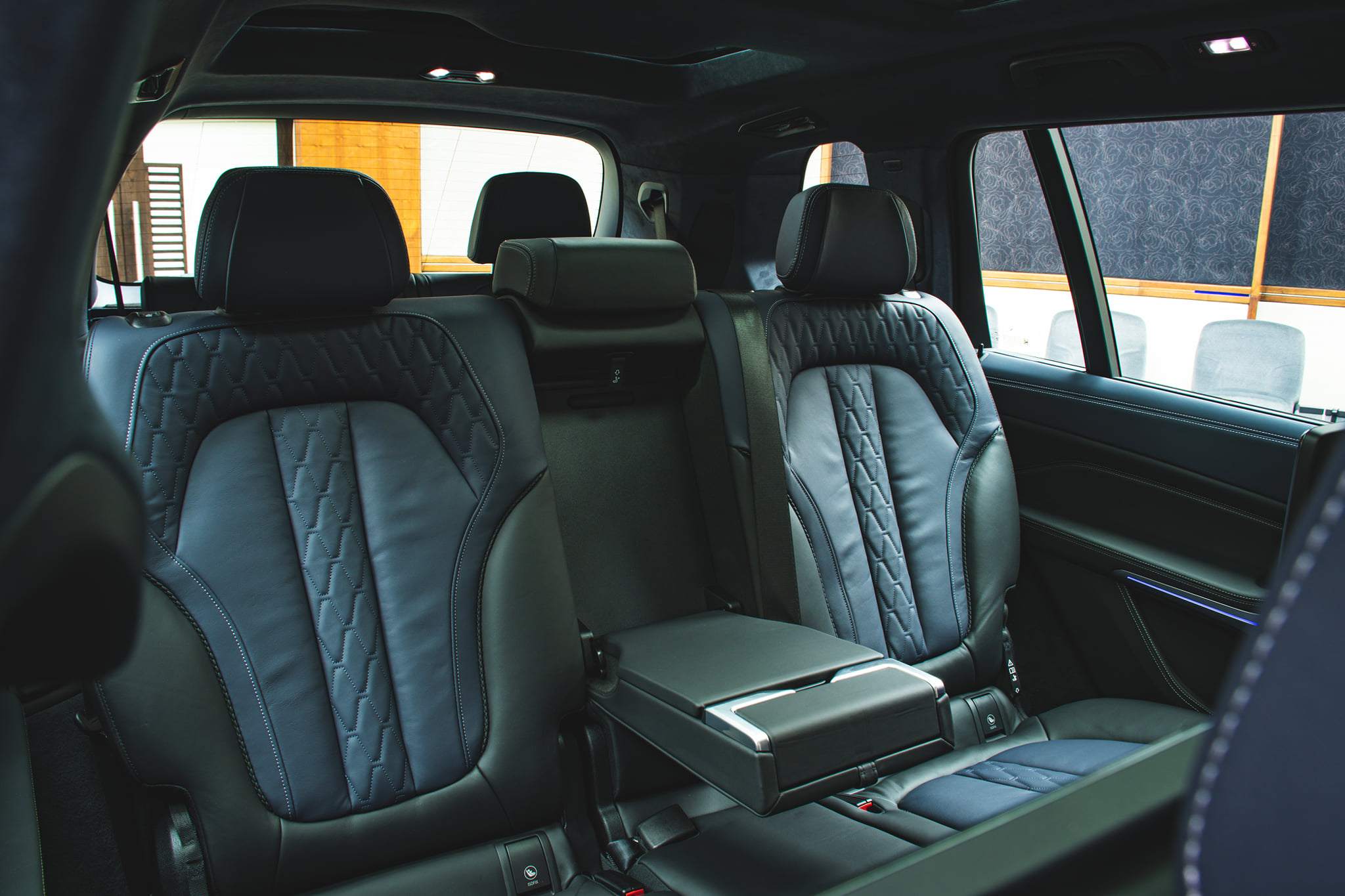 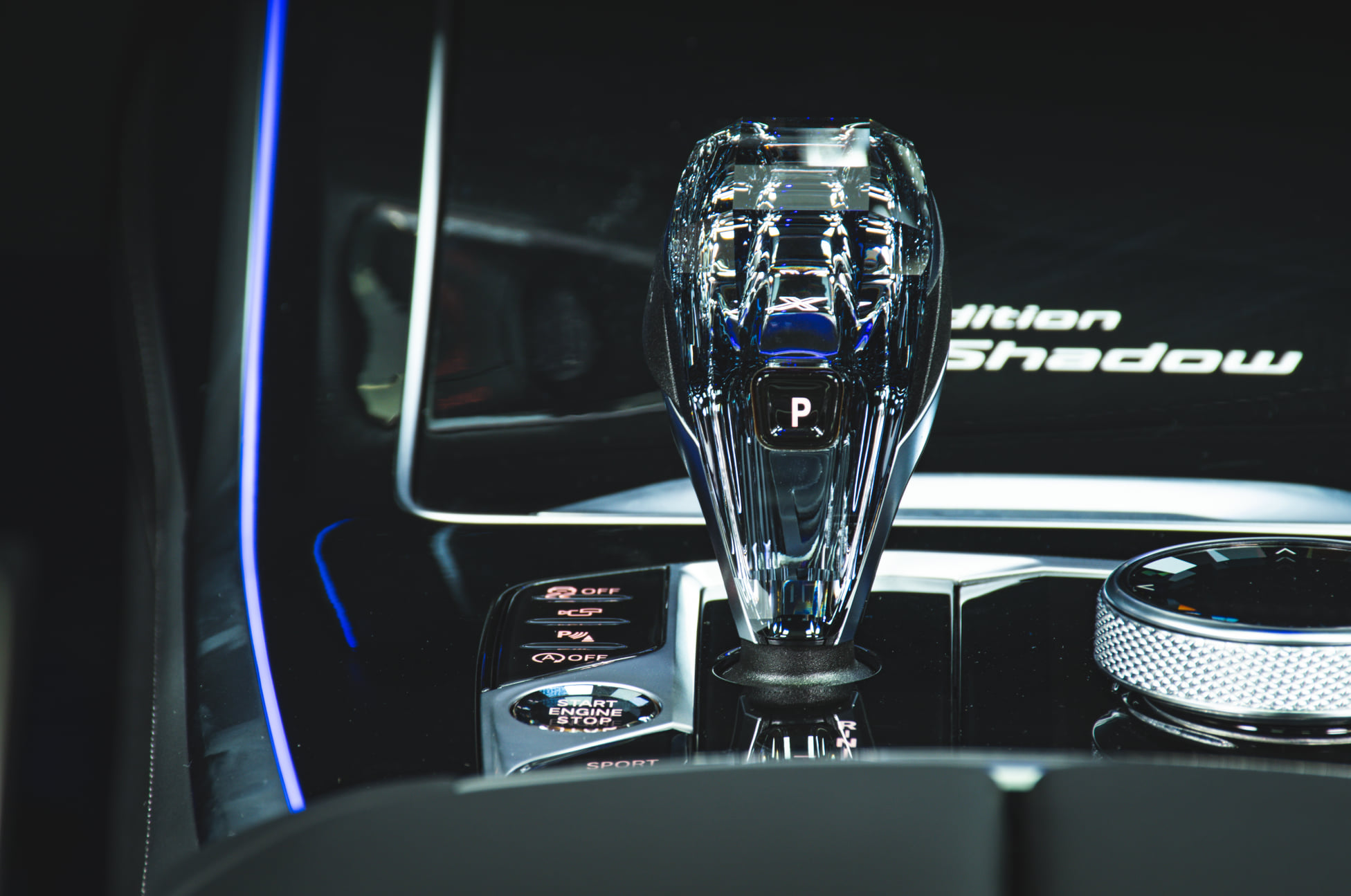 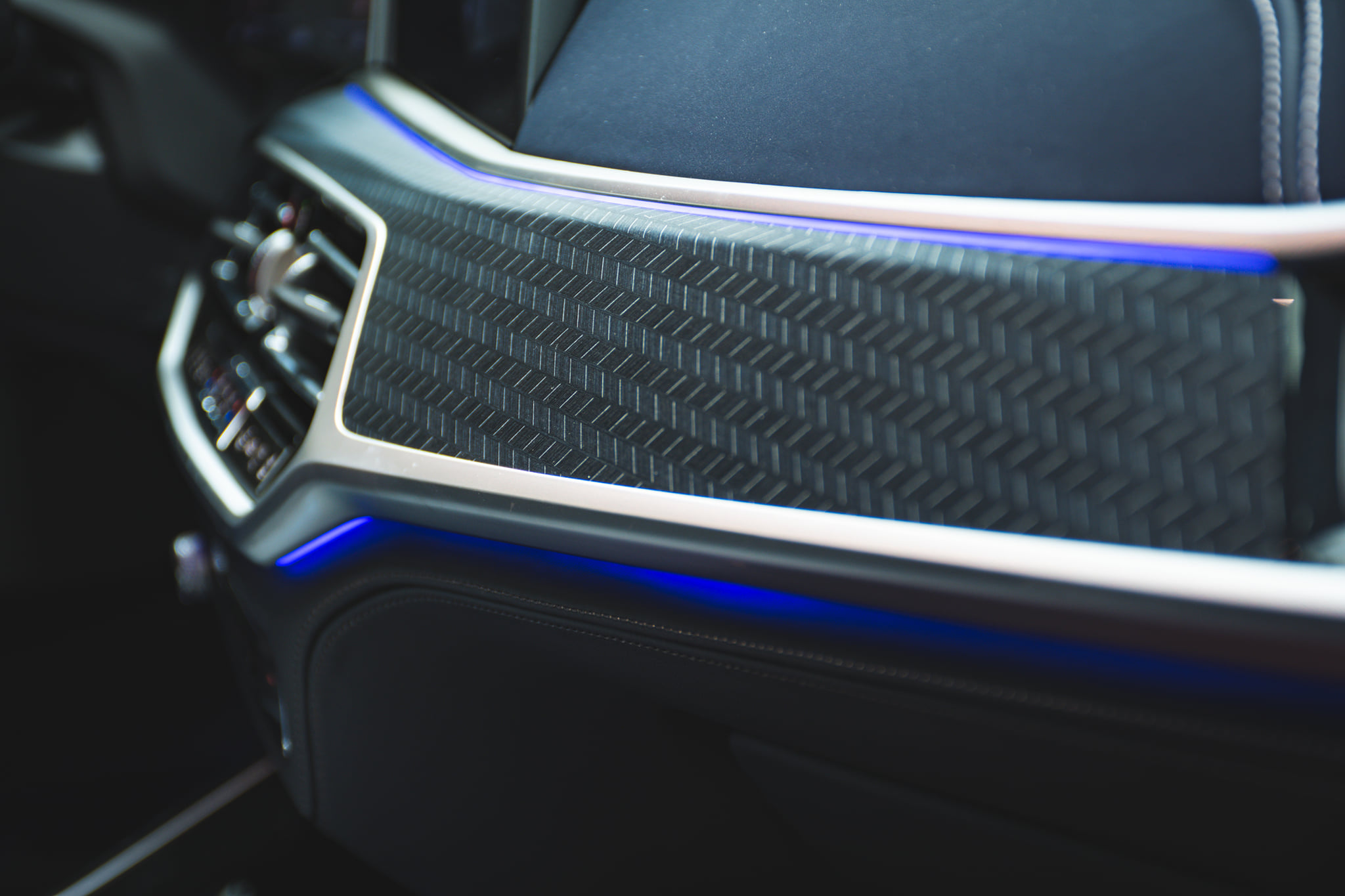 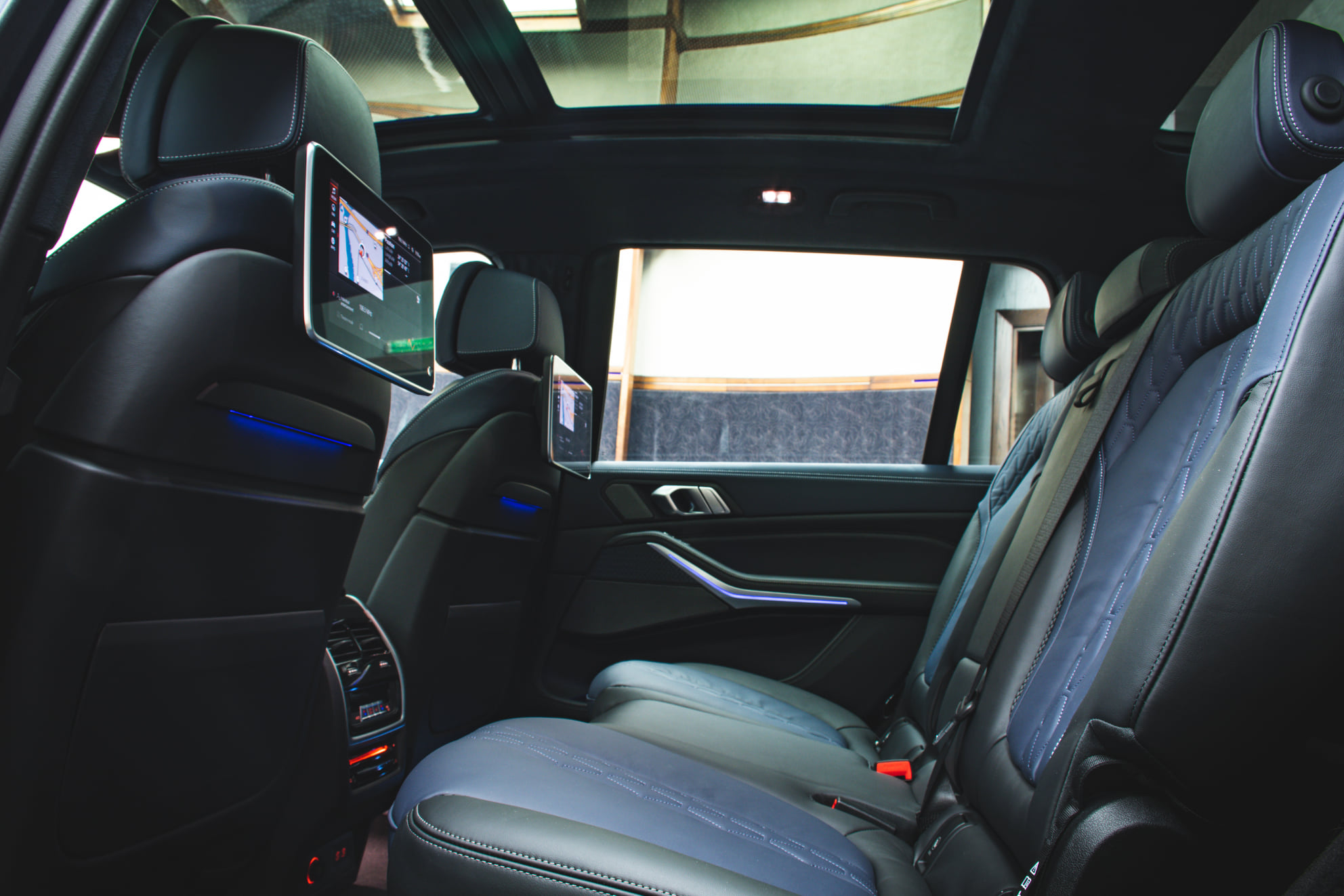