When rumors first began to swirl regarding BMW M developing its very own bespoke standalone car, enthusiasts’ minds were immediately filled with grand visions of a high-performance, lightweight, driver-focused sports car. We dreamed of a mid-engine Porsche Cayman-fighter offered at a reasonable price.

Instead, what we’re getting is an SUV with a hybrid powertrain and a curb weight rivaled only by small asteroids. So it might seem that BMW M needs a realignment of its priorities and it might need to look to its most bitter rival to do it — Mercedes-AMG.

I can already feel the anger flowing through any members of BMW M reading this right now. BMW and Mercedes-Benz are not really close friends so the competitive spirit is even stronger throughout each brands’ performance divisions. So the idea of saying BMW M needs to be more like AMG is surely going to upset the applecart.

However, one must only look at what each brand is doing with their bespoke, standalone models to see that AMG is the one that’s actually producing cars that performance enthusiasts want.

Let’s take a look at what Mercedes-AMG is doing on its own; which sorts of cars its developing separate from standard Mercedes-Benz models. For starters, AMG was the first do so, over a decade ago with the Mercedes-Benz SLS AMG. That car was an exotic, V8-powered, Gullwinged sports car that was as thrilling to drive as it was to look at.

Then came the Mercedes-AMG GT, a less-expensive follow up to the SLS that was designed to take on the Porsche 911. Following the AMG GT was the AMG GT 4-Door, an odd-looking but very high-performance luxury sedan.

Now there’s word that the all-new Mercedes-Benz SL-Class will be developed by AMG. So not only is AMG developing an another new sports car but it’s actually taking over the designing and manufacturing of an iconic legacy Mercedes-Benz model.

So the brass at Mercedes saw that the SL needed a rethink, after years of middling performance and customer attraction, and decided to let its performance division take over the development of the new one. That’s the sort of thinking that makes for special sports cars.

It’s also the sort of thinking that both BMW and the M Division should at least attempt to adopt.

To contrast Mercedes-AMG’s approach to building its own bespoke sports cars, BMW M is going to be developing a hulking SUV with a higher curb weight than most cargo ships. I still remember an old Motor Trend article claiming that the M Division would never build an M8 from the E31 8 Series because it would be too heavy. It’s clear BMW M has changed.

Priorities have shifted at BMW and its M Division and that shift has happened deliberately. The change didn’t happen behind BMW M’s back. The BMW X8 M is on the way not because of some oversight by the leaders in Munich and Garching. The BMW X8 M is happening because BMW understands that big SUVs not only sell but generate huge profits.

Additionally, the easiest/cheapest way to introduce high-performance hybrid technology is with SUVs, due to their larger size, easier packaging and higher price tags. 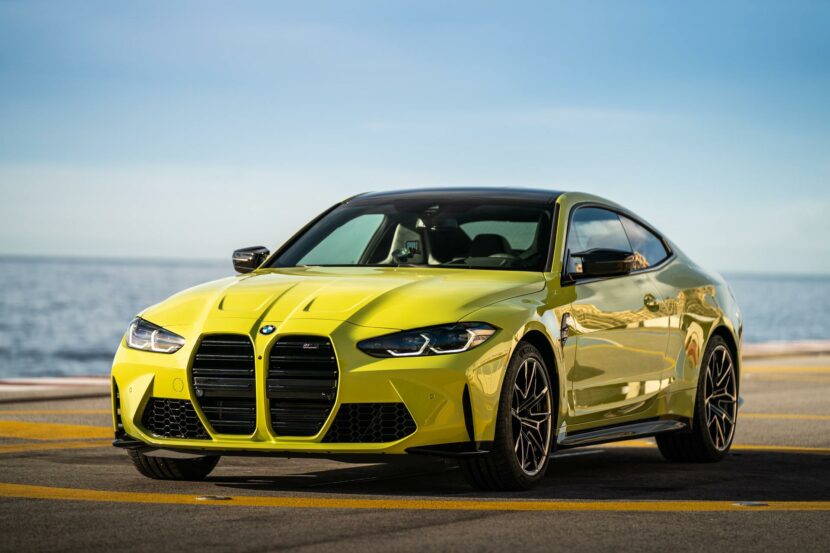 Admittedly, there’s nothing wrong with that thinking… for BMW. The X8 is actually a car that makes financial sense for BMW, as it offers the brand a stylish SUV that it can sell at an enormous price tag — and it will sell — while also using it as a test bed for future performance electric tech.

For the M Division, however, that sort of thinking is entirely antithetical to the brand’s existence. There’s absolutely nothing — nothing — about a nearly three-ton hybrid SUV that says “Motorsport”. No matter what the BMW M PR-spin about the X8 says, it isn’t going to be a car that any enthusiast would choose to take to a track or even down a twisty road. It just isn’t a car that makes any sense for a brand like BMW M to make. Or at least not right now.

If BMW M were to develop some sort of Cayman-fighting, lightweight purist’s car first and then come out with an X8 M, it’d be actually fine. Then the X8 would make sense because it’d just be a new project for BMW M, following a brilliant sports car that would embody the brand’s ethos. But its downright heretical for the M Division, the most iconic performance sub-brand in the entire automotive industry, to make its maiden voyage into the world of standalone performance machines in a high-riding SUV.

As a BMW fan but also a car enthusiast in general, someone who can appreciate all good cars regardless of what emblem they wear on their hood, I look to AMG with envy. You might be a die-hard BMW-purist, someone who’s skin crawls at the mere mention of Mercedes-Benz, but I can’t imagine how you can look at what Mercedes-AMG is doing, with cars like the AMG GT and upcoming SL-Class, and think that BMW M’s direction is more exciting.

BMW M is admittedly doing some good things at the moment. The existence of cars like the BMW M2 CS and the fact that the M3/M4 will retain manual transmissions proves that there’s some light at the end of the tunnel. However, it’s hard, as a BMW fan, to not look on at AMG, who’s genuinely been given the green-light to develop its very own sports cars from the ground up, and not be a little bit jealous. So maybe, just maybe, BMW M should look to its cross-country rival for some inspiration.