The time has come to see yet another interesting showdown between the new BMW M5 and a supercar. We’ve been getting used to this lately, especially when it comes to this particular M5 which belongs to the guys from the DSC Off channel. They essentially turned it into a superstar of the internet, after tuning it to make 840 HP. And it wasn’t even that hard, to be honest, but once the upgrade was done, supercars were right in the crosshairs.

We’ve seen this 840 HP M5 take on real monsters on the drag strip. From the Ferrari 488 Pista, to the McLaren 720S and other tuned cars, this M5 did them all. Today, it’s going up against yet another supercar but this one has also been tinkered with and it is delivering even more power than the M5 to the four corners of the car. Yes, this time, the M5 is going up against a tuned, twin-turbo, Audi R8. 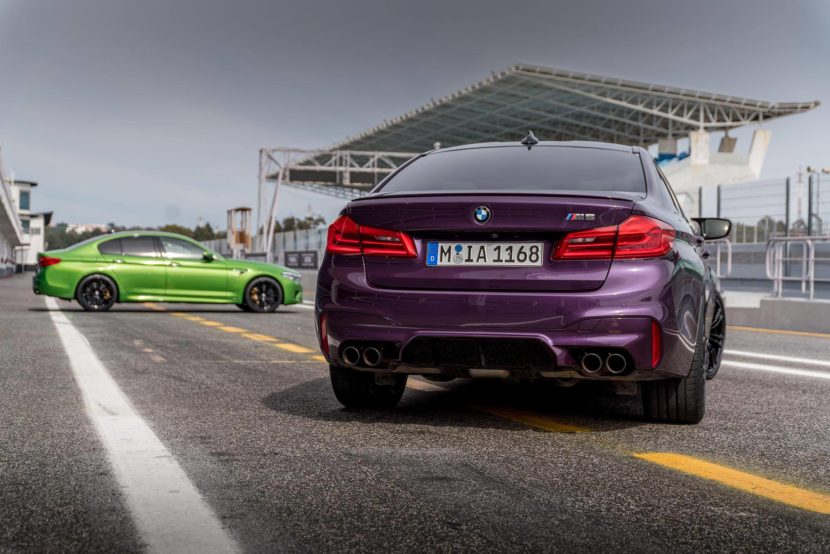 The Audi R8 is already a certified supercar. It has a 5.2-liter V10 making over 600 HP in standard guise. This one, however, received not one but two turbochargers and the power levels, as expected, went seriously higher. Therefore, from what I can gather from this video (in Russian), the R8 now has 850 HP to rely on. Since the car is all-wheel drive, putting that power down shouldn’t be an issue.

The M5 is also all-wheel drive and has just 10 HP less. However, it has other issues to deal with, such as weight and a less aerodynamic design. And that’s bound to make things difficult for the BMW. What surprised me was that, off the line, the M5 seemed faster. After a certain speed though, other factors started making a bigger difference, as you’re about to see. The racing starts at the 14:25 mark.