Whether you’re a BMW fan, Audi fan, Lexus fan or Cadillac fan, it’s almost impossible to admit that there’s a better luxury car than the Mercedes-Benz S-Class on the planet. Sure, the 7 Series is nice and the Audi A8 has some slick tech but the S-Class is the definitive luxury sedan and it’s the one that sets the benchmark with each new generation. The upcoming 2021 S-Class is set to do just that, especially with its new interior that was just revealed by the suits in Stuttgart.

It’s fitting that Mercedes only revealed parts of the interior, as that’s really the defining aspect of any S-Class. Inside this new Merc, you’ll find just about the most lavish interior you could ever desire but it’s not packed with more technology than ever before. Mercedes-Benz may have been lagging behind in the tech department over the past few years but it’s recently jumped to the top of the pile, offering what is potentially the best infotainment in the game.

This new Mercedes-Benz S-Class features an all new MBUX infotainment system, which uses a massive touchscreen built into a cascading waterfall-like center console. The new touchscreen looks to be rather intuitive as well, with dedicated touch points for climate controls, volume and drive modes. It’s also large enough that, even with those dedicated touch points, the navigation and media screens are massive.

The dashboard also looks glorious, as it’s one massive piece of unbroken wood trim that looks of such high quality it seems as if it should be on a fine piano and not in an automobile. The air vents are gorgeous and jewel-like, while the speaker grilles look as if they’re milled from aircraft-grade alloys.

Overall, it seems like Mercedes-Benz has shied away from flashy cabins a bit and moved on to simpler, more relaxed styling. In many ways, luxury is simplicity, so this seems to be a good approach. But it’s not so simple as to be boring.

There are some interesting bits of luxury tech as well. For instance, its seats can be adjusted for your individual height. So you input your height into the infotainment system and it adjusts the seat and steering wheel accordingly. I’d love to test that out to see if both the car and I are in agreement about what the best seating position is.

Speakers are now built into the headrests for better sound, rear seat headrests have neck warmers (a really nice touch) and there’s LED lighting everywhere. In fact, the LED ambient lighting can be set to change based on the climate control, can be controlled via voice commands, can assist with the blind spot warning and is said to be so bright that it’s visible in daytime.

There’s also a couple of “Vitality” settings, similar to BMW’s own mood settings, which can be voice controlled. So you can just say, “Hey Mercedes, I’m stressed”, and it will set the cabin mood (lighting, climate, sound) to help relieve stress.

This is a seriously techy cabin but it seems like all of the tech has been designed to comfort, coddle or work in the background. It’s not just tech for tech’s sake. Mercedes didn’t add mirror controls to the center touchscreen just because, for example. All of the tech seems to have a purpose and that purpose is to make the life of the passengers more comfortable, less stressful, easier and more relaxed. The S-Class has always been a cocoon of luxury and this one seems to be no different.

The Mercedes-Benz S-Class is just one of those cars that you have to tip your hat to, understand it’s the best in its segment and respect its dominance, much like the Porsche 911 and BMW 3 Series. So we’re very interested to see what the S-Class has in store and we’d love to give it a proper testing back-to-back with a 7 Series. 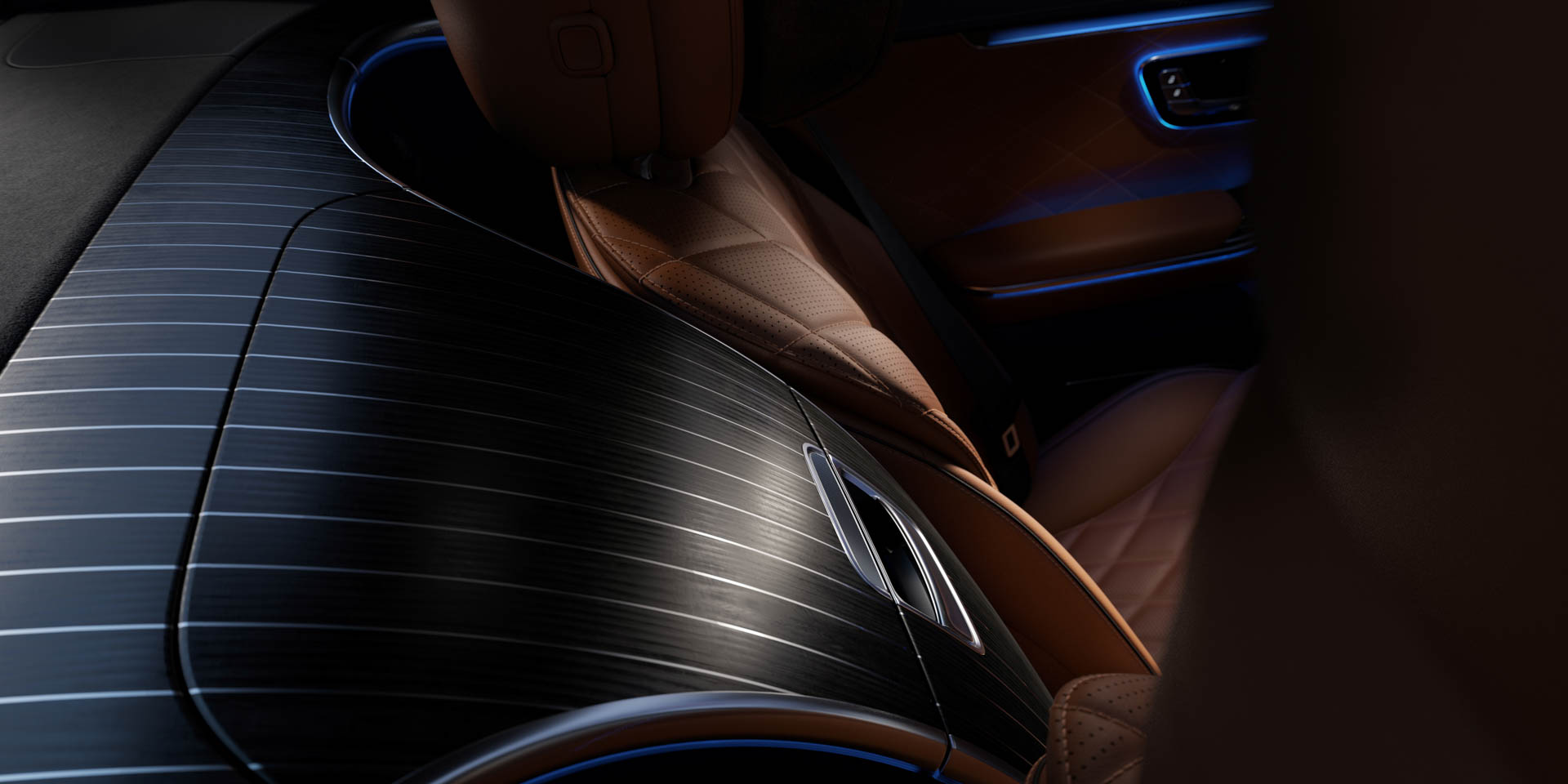