Now that the new BMW 4 Series has finally been revealed, fans of the Bavarian brand will turn their heads to the upcoming 2 Series and await its eventual release. There have been a lot of changes to the BMW brand as a whole as of late, with the introduction of more front-wheel drive cars, new design changes and electrification. However, the 2 Series Coupe seems to be the last of the old guard, if these new spy photos are anything to go by. 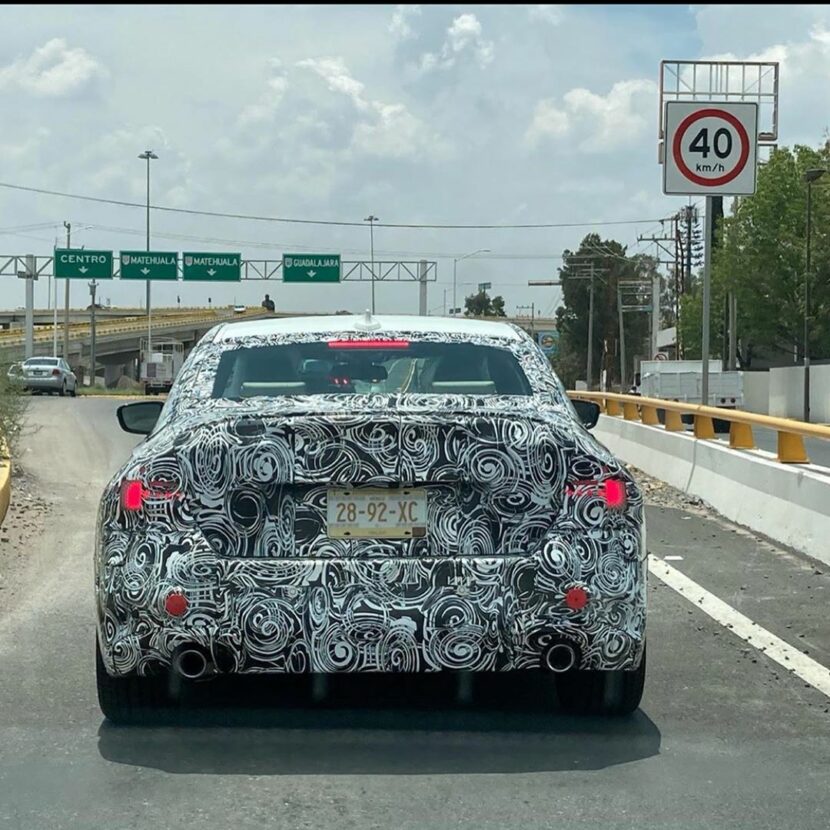 Some keen eyes enthusiasts in Mexico spotted what seems to be the next-generation BMW 2 Series Coupe doing some camouflaged testing on the road. The likeliness of this being the next 2er is high, due to the fact that there’s no other small coupe BMW has in the works.

This potential BMW 2 Series looks smaller than the new 4 Series, so it’s likely not some new 4 Series variant BMW has yet to reveal. Also, it seems to sport different proportions, with a more upright roofline and a shorter rear deck. It also seems to have entirely different headlights, if what we can see through the camouflage is accurate. Again, we don’t know for an absolute certainty that this test mule is a 2 Series but it seems to be the case and we’d probably bet money on it.

When the next-gen 2 Series does debut, it will be a small, rear-wheel drive coupe, which should be refreshing to most BMW enthusiasts. While BMW is switching a lot of its small cars over to front-wheel drive, the 2 Series will remain a proper rear-driven Bimmer. We don’t know what sort of engines it will have for a fact but it’s not hard to imagine it having the typical suite of BMW four and six-cylinder motors.

However, we won’t see the BMW 2 Series until 2022, so there’s a chance we see some updates to BMW’s engine lineup but we can safely assume at least some version of the engines we have now will power the next 2er.

The next question is whether or not it will have funky kidney grilles. It doesn’t seem so and BMW has said that the 4 Series will be the only car with the new grille but we can’t say for certain. Though, one indicator might be the headlights. They actually look similar to those found on a previously leaked 2 Series, which has normal grilles. So it’s likely the next-gen 2er has a normal BMW-shaped face.

Either way, we can’t wait for another rear-wheel drive 2 Series. There have been so many new changes from BMW as of late that we’re seriously looking forward to an old-school, small, rear-wheel drive coupe.