It’s not just BMW that’s under fire for its new grille design. While the BMW 4 Series has been taking quite a bit of flak as of late, due to its monstrous new grille, the Aston Martin Vantage has actually been getting heat for years. Ever since the new Vantage debuted, enthusiasts have had issue with its giant fish-like maw. So much so, in fact, that despite it being a great car to drive, customers just aren’t buying it. Vantage sales have been historically low, even though they shouldn’t be because it’s a great car. However, great car or not, customers just can’t get over its grille.

Since the debut of the 4 Series, we’ve been wondering about whether or not its driving dynamics will be good enough to overshadow its looks. Will customers take the odd styling to have its great drive? That questions is especially relevant to the upcoming BMW M4, which is likely going to be excellent to drive but honestly not very good to look at. Will its outstanding driving dynamics help customers overlook the look? 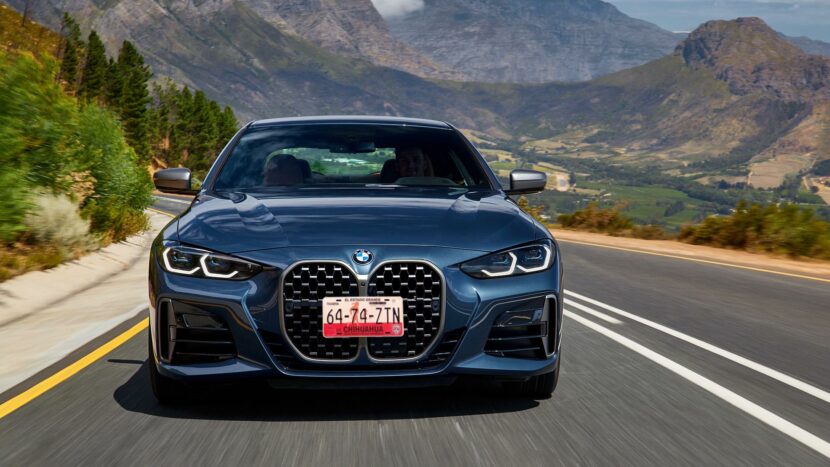 Well, if the Aston Martin Vantage is anything to go by, the answer is — no. In terms of driving dynamics, the Vantage is a brilliant car. It’s fast, great fun to drive, it can be neat and tidy on track or an absolute hooligan on twisty roads and it now comes with a manual gearbox. A front-engine V8, six-speed manual, rear-wheel drive Aston Martin coupe — is that not the perfect recipe for a sports car? On paper, it is the perfect Aston. But in the flesh, it’s a guppy-mouthed oddball with styling customers just can’t see past.

The Aston Martin Vantage hasn’t been a sales failure solely because of its divisive styling but because of the combination of its styling, price and, most importantly, competition. For the same money, you can have a really nicely equipped Porsche 911, Mercedes-AMG GT or even an Audi R8. While those cars might not be entirely better looking (except for the gorgeous AMG GT), none of them have any divisive design cues and all of which are at least as good to drive as the Vantage. So that’s where customers go. Those are safer bets.

That doesn’t bode well for the BMW M4. When the M4 debuts, it will have to take on the stunning, and V8-powered, Mercedes-AMG C63 S, the gorgeous Audi RS5 Coupe and, in the case of the BMW M3, the breathtaking Alfa Romeo Giulia Quadrifoglio. As for the standard 4 Series, those aforementioned branded competitors’ regular cars are still fantastic looking and great to drive.

Obviously, we haven’t driven either the 4 Series or M4 just yet, so we can’t comment on how they will stack up against those cars on the road. However, if either the 4 Series or the BMW M4 wants to avoid becoming the next Aston Martin Vantage, they’re going to need to be head and shoulders above the competition.