Video: Here’s how the G30 5 Series morphed into the refreshed version

Home » Video: Here’s how the G30 5 Series morphed into the refreshed version

Yesterday was a big day for the automotive industry. A number of car makers decided that May 27th should be the perfect day to launch their latest offerings and the market was flooded. Apart from the refreshed BMW 5 Series sedan we also got to see the Touring model, the new 6 Series GT, the MINI Countryman, a new X2 model and a couple of Mercedes-Benz E-Class beauties that were also unveiled yesterday. Big day then.

The new 5 Series LCI is the biggest news for fans of the Bavarian brand. The current G30 model is proving to be quite a success, already being delivered to 600,000 satisfied customers around the world.

By the time it goes out of production, it could top the 1 million mark. And despite its success, BMW decided to change it. It’s not a huge change, to be honest, but it’s a lot more intricate than we expected. 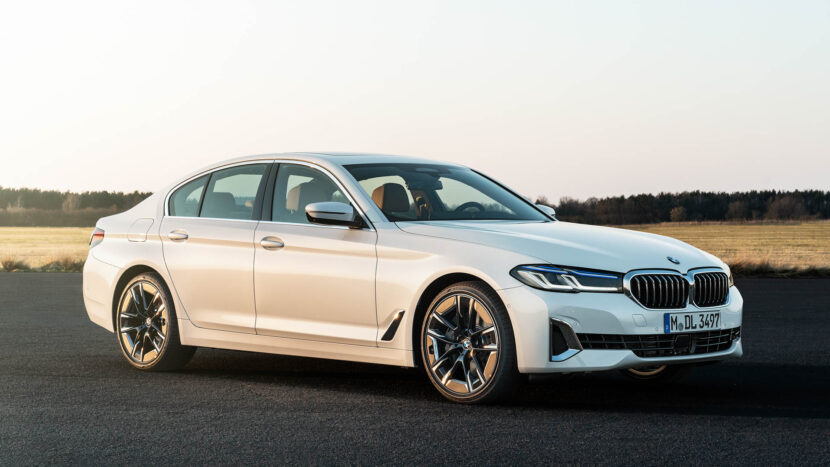 Normally, when a car is doing well in terms of sales, BMW rarely intervenes in the recipe with any sort of brutality. Think of the facelift the E60 5 Series got or the one applied to the F10. Stylistically, those two cars got the slightest design changes ever to be applied during a facelift.

And since the G30 was doing so well, I expected the same treatment. The video below, however, shows clearly how deep the upgrades actually went.

BMW to offer more paint choices throughout the range from July

The new 5 Series is easy to distinguish compared to its predecessor, it basically has a new face that brings it closer to the 7 Series. Wider, bigger grilles and a more rectangular shape for the headlights are among the main culprits here. I understand why BMW made these changes though, as it seems the entire range is going through an overhaul, design-wise. And yet one can’t help but wonder which one is the better looking car.

This video is pretty helpful in determining that. So, what car gets your pick: the pre-LCI model or the new one?