If there’s any BMW model that’s going to benefit from the new styling direction of the 4 Series and M4 models, it’s the BMW 6 Series GT. Prior to seeing the Concept 4, which debuted BMW’s new grille design, it was the 6er GT that received the most hate from enthusiasts. Ironically, the hate doesn’t come from its driving dynamics or interior, as those are both great for what the 6er is supposed to be. No, instead the hate comes from its looks, as it truly is a funky looking car. However, it apparently looks good enough to sell well enough to get a facelifted model, such as the one seen in these new spy photos. (We don’t own the spy photos but they can be seen here)

The BMW 6 Series GT was never really an ugly car. It was just never a pretty one. Its hunchback trunk looked odd but the practicality it created offset its looks and while its proportions were odd, most customers understood the trade-off for passenger space. With the new 6er GT’s facelift, not much has changed, except for, well, it’s face. 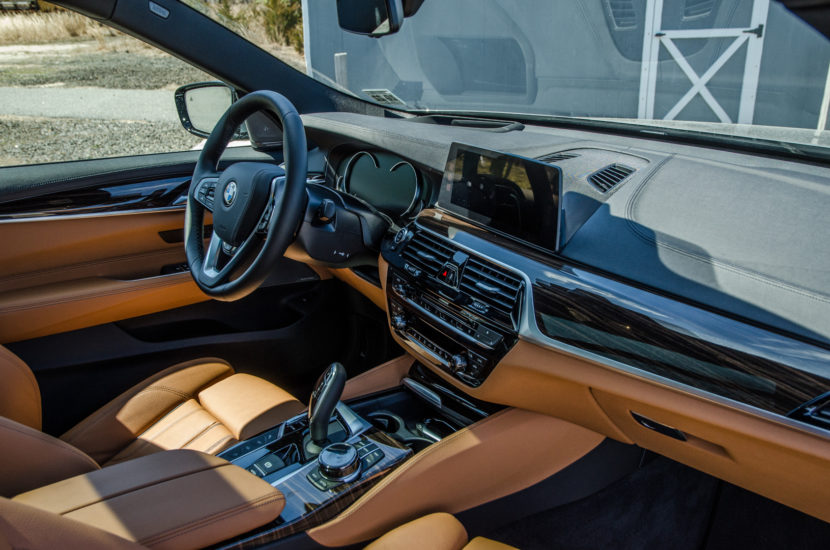 In these new spy photos, we see a BMW 6 Series GT LCI facelift with the same new headlights as the upcoming 5 Series LCI and a revised lower front bumper. That makes sense, though, as both the 6 Series and 5 Series facelifts will debut together. So the similar headlights is no surprise.

Out back, very little camouflage covers anything and, from what we can see, it doesn’t look much different than the current model at all. Which is fine. A bit boring but fine. No one really buys the 6er GT for its looks, so it doesn’t need much tweaking.

It will be interesting to see if the cabin changes at all. The best part of the 6 Series GT is its interior, so it’s doubtful that BMW changes it at all. At most, it will get the brand’s new Live Cockpit Porfessional digital interments and, hopefully, the new shift lever. Aside from that, don’t expect any real changes.

21 responses to “SPIED: BMW 6 Series GT Seen in Camouflage Ahead of Official Reveal”