Video: BMW G82 M4 Burns some rubber on the Ring while testing

Home » Video: BMW G82 M4 Burns some rubber on the Ring while testing

Ask anyone how to get round a track as fast as possible and burning tires won’t be among the suggestions. That’s because if you want to do it as quickly as possible, you have to be efficient. Burning rubber is definitely fun, but won’t get you to your destination quicker. As for the BMW G82 M4 prototype in the video below, I guess the driver’s aim wasn’t to break some Nurburgring record, but rather to see how the car handles.

Breaking traction is an important factor to consider when developing a RWD car. The upcoming BMW G82 M4 will migrate to an all-wheel drive setup, but there’s a catch to that. As we’ve already learned from the head of the BMW M division himself, the new M3 and M4 models will be made available with a rear-wheel drive setup as well. Those models will also come with a manual gearbox, so they should add up to an enthusiast’s wet dream. 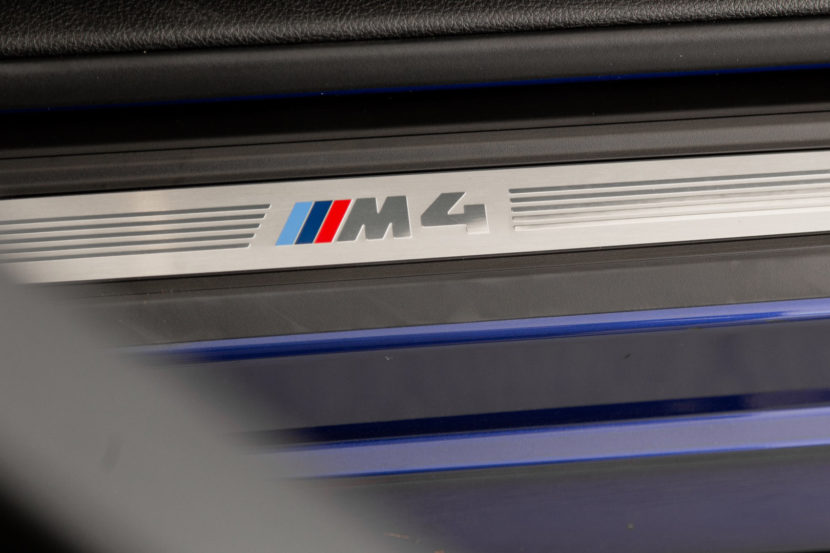 The Competition models, on the other hand, will all be fitted with all-wheel drive and an automatic gearbox. That said, the all-wheel drive system on those will be the same as on the current M5 which means it will be able to send power to the rear axle alone. With all those things taken into consideration, there’s no way of telling which car this is but we can say with absolute confidence, it has a lively rear axle.

The new M3 and M4 models are highly anticipated by fans. Judging by how good the X3 and X4 M models are, and considering the engine they use will be shared with the sedan and 2-door coupe models, we’re off to a good start. The biggest question surrounding these new models though is related to the design and how the huge nostrils seen on the 4 Series Concept will be incorporated in the grand scheme of things.