The new car benchmark to beat these days is the Porsche Taycan. That’s because this is the first electric vehicle coming from Porsche, a brand many thought would not enter this new realm. Once the Germans said they are actually developing a BEV, the world stopped to ponder what that entails. Since Porsche is widely known for its precise and agile sports cars, combining that with the inevitable heft brought along by a set of batteries did raise some eyebrows.

Well, the car is finally here and the Taycan is definitely a force to be reckoned with. In the video below, the car that has the grueling task of going up against it is none other than BMW’s M8 Gran Coupe in Competition clothes.

The two could be considered rivals to some extent as they both have four seats and a sloping roof but that’s about it. The BMW M8 Gran Coupe Competition has a traditional 4.4-liter twin-turbo V8 under the hood with 625 HP and 750 Nm of torque. 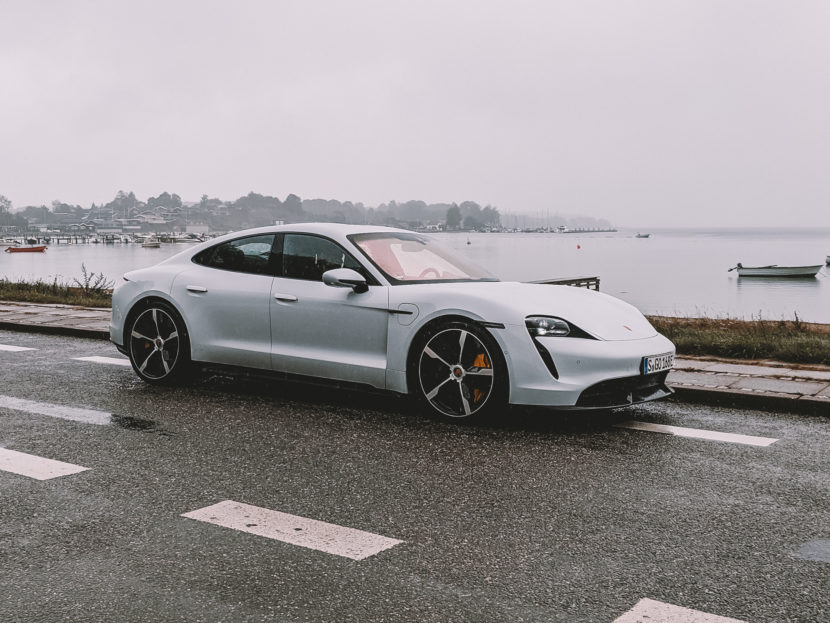 On the other hand, the Taycan Turbo S is powered by two electric motors making up to 760 PS and 1,050 Nm of torque. Those numbers are considerably higher than the ones put out by the M8 Gran Coupe but there’s also the added weight of the electric drivetrain we need to consider, the Taycan tipping the scale at 2,339 kg while the BMW is lighter, at 1,945 kg.

Well, the numbers definitely show it. The BMW managed to finish a lap around the Lausitzring track in as little as 1:32.96 while the Porsche covered the same distance in 1:32.76. There’s literally the blink of an eye between them.

It would’ve been nice if the BMW ran on Michelin Pilot Sport tires as well but then again, the guys from Auto Bild wanted to test the two using the stock setup they come with.

So, which one would you pick?