While flawed, the E31 BMW 8 Series was and still is a highly desirable car. Sure, it doesn’t handle as well as enthusiasts would like and it’s a bit overly complicated for a car of its era. But it looks fantastic and, in BMW 850 CSi form, sports a gorgeous V12. In this video from Enthusiast Auto Group, we get to see their 850 CSi finished in a stunning BMW Individual Dakar Yellow, how it drives and what kind of condition its in.

We previously saw this car in another recent video from EAG and the car looked to be about as perfect as it gets. To be honest, for 99-percent of buyers, this car would be considered perfect. There’s virtually nothing wrong with it. However, upon closer inspection, it needs quite a lot of looking after if it’s going to meet EAG-standards. 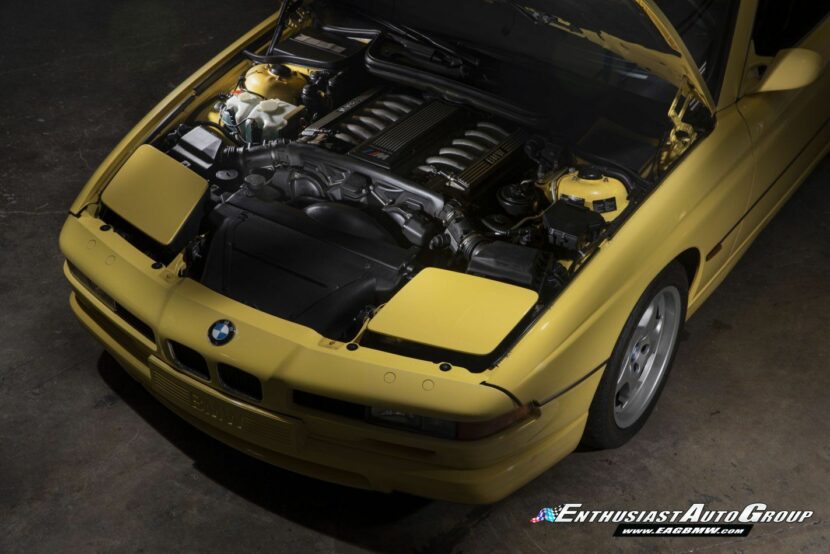 In fact, EAG’s mechanics have seven pages worth of notes of things that need to be done to it. Not necessarily things that are wrong but things that aren’t absolutely perfect that need sorting out. Some of them are decently large items, like some rear control arm bushings that are starting to show some wear and a slightly bent sway bar link. Most of them are very minor, though, such as a missing black plastic cap that covers a screw on part of the driver’s seat. It’s that attention to detail that sets EAG’s cars apart.

Check this video out to see just how much of enthusiasts these guys are. They care deeply about the cars they work on and sell and work incredibly hard to make sure hey’re as close to perfect as absolutely possible. Also check it out to see a near-minter Dakar Yellow BMW 850i CSi in all of its glory. It’s a stunning car and its next owner will be very pleased.