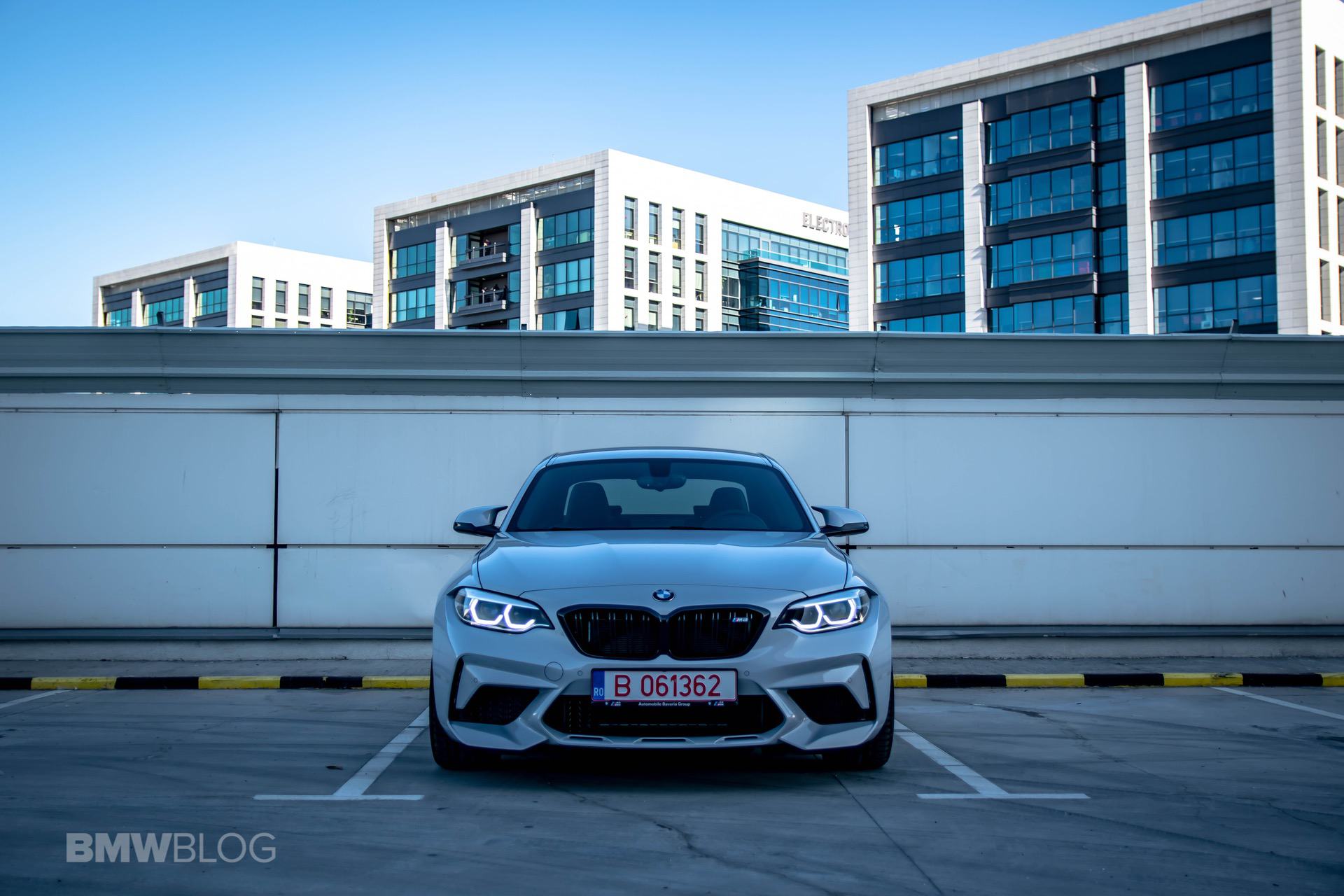 For some reason, the BMW M2 Competition is being compared to all sorts of cars, nowadays. This works both for and against the M car from Munich, to be honest. First of all, it’s high praise, as everyone wants to beat this car which has a great price/performance ratio. However, when the M2 ends up being the loser, it doesn’t look great for the Motorsport division. One of the most recent comparisons posted online is with the Mercedes-AMG A45 S.

The hot hatch from Stuttgart is truly a beast and is nothing to scoff at. Sure, most people will say the hot hatch with the silver arrows on the hood is not a direct rival for the M2 Competition, which is a Coupe. There are even more arguments against this comparison, such as the fact that the A45 is using a front-wheel drive setup at its core, even though it is an all-wheel drive model in the end, with some interesting tricks up its sleeve. At the same time, the M2 Competition is a rear-wheel drive model.

Performance wise, it depends on what you focus on. The M2 Competition has 406 HP and 406 lb-ft of torque to rely on while the Mercedes-AMG A45 S has 421 HP and 369 lb-ft of torque. The A45 has all-wheel drive with an interesting setup allowing it to send more power to the rear axle at certain times. It also has a 2-liter 4-cylinder turbocharged engine under the hood, compared to the 3-liter straight six mill of the M2.

That, by the way, is the most powerful 2-liter engine ever put in a production car. Does it help on the track? Well, the guys from Motorsport Magazine put the two to the test on their usual proving grounds, the Magny-Cours track. The result shows the M2 Competition is still the faster car. The A45 S AMG managed to post a lap time of 1:23.38 while the M2 Competition was clocked at 1:22.82.

2 responses to “Video: BMW M2 Competition faster on track than A45 S AMG”