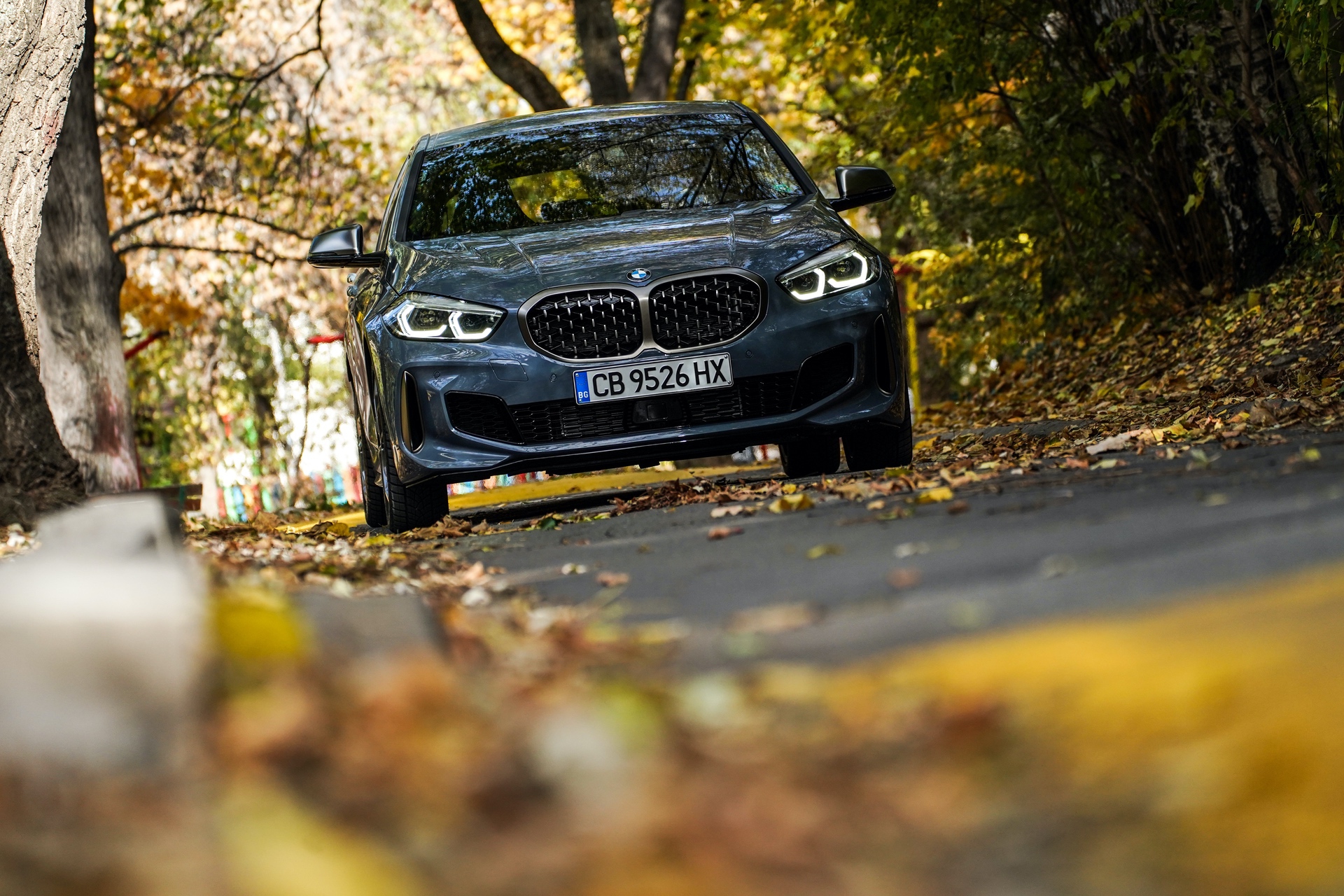 It might come as a shock to a lot of BMW enthusiasts but the new M135i is actually a good driver’s car. It might not be the purist’s first choice but it’s a much better driving car than most BMW enthusiasts will ever give it credit for. However, is it a good enough first attempt to take on the might Mercedes-AMG A45 S? In this new comparison test from Car Magazine, we see what happens when these two cars take each other on.

The BMW M135i is actually a surprisingly great driving car, according to Car Mag. Its steering is said to be razor sharp, its chassis is unflappable and its performance is far more than potent enough. Sure, it’s not the classic BMW recipe of pure steering and tail-happy goodness but if you can’t appreciate a new kind of BMW, that’s on you.

Where the BMW M135i struggles isn’t in its lack of rear-drive nature, it’s in its inability to thrill in the same way the Mercedes-AMG A45 S does. Now, maybe that’s not fair, as the AMG A45 is quite a bit more expensive and more powerful than the M135i. In fact, the AMG that directly competes with the small Bimmer is the AMG A35. However, Car Magazine put these two cars together because they’re both the best of what each brand can do with front-wheel drive chassis.

Yes, the AMG A45 packs over 100 hp more than the BMW M135i but it’s not its extra power that makes it better. What makes the AMG the winner is its ability to thrill, to act like a hooligan and make you feel as if you’re in something genuinely special. Regardless of its primary driven axle, the AMG A45 S is a hilarious hooligan of a car that feels more like a WRC car than a premium hatchback.

While the BMW M135i is great fun to drive, it’s fun it a more results-driven way. It can capably carve down a windy road at speeds that would make much more expensive sports cars struggle. But it’s not as brash or fun as the AMG A45. Of course, it’s a lot cheaper than the AMG and that means it has far fewer go-fast bits. So maybe BMW M needs to make something out of this 1 Series after all.