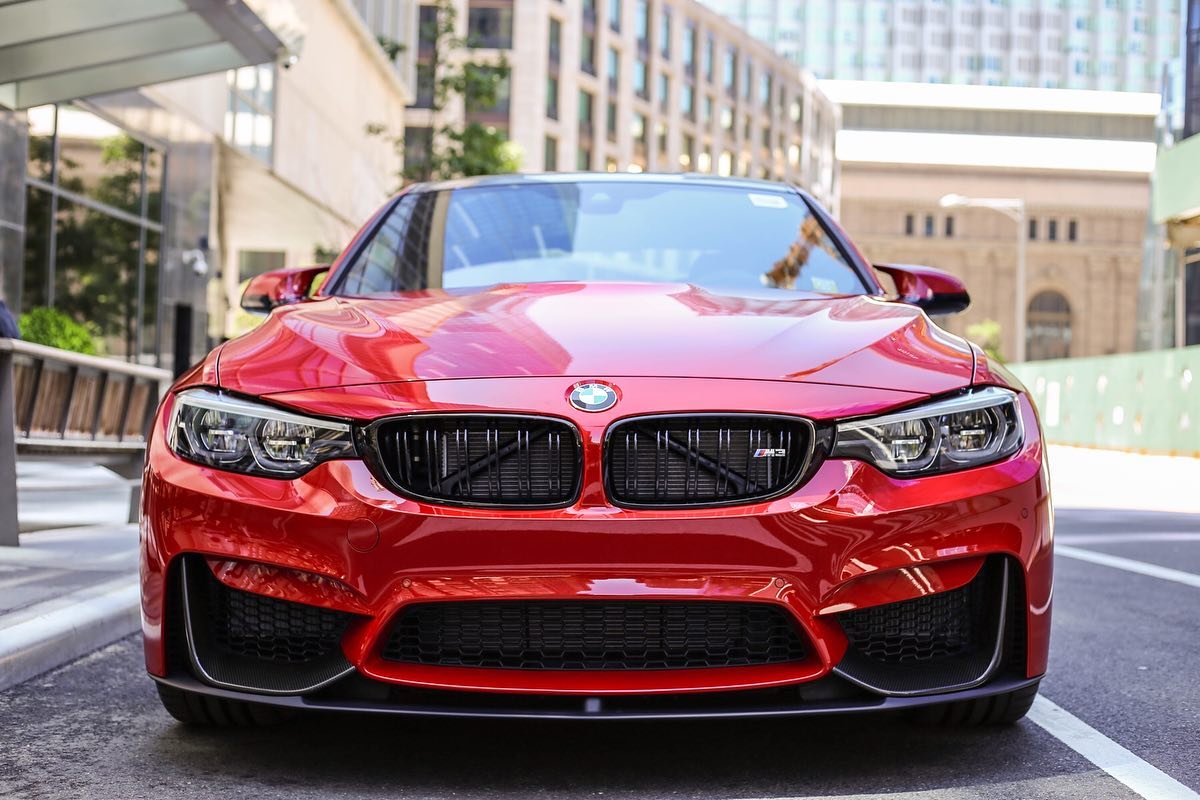 The successor of the BMW M3 – the G80 – is nearly a year away from its market launch, but the current generation F80 BMW M3 is still an appealing product. Current photos from BMW of Manhattan show the BMW M3 Competition with the BMW Individual painting in Imola Red. Without a doubt, the flashy red color gives an extra visual boost to the F80 M3, despite being a six year old car. 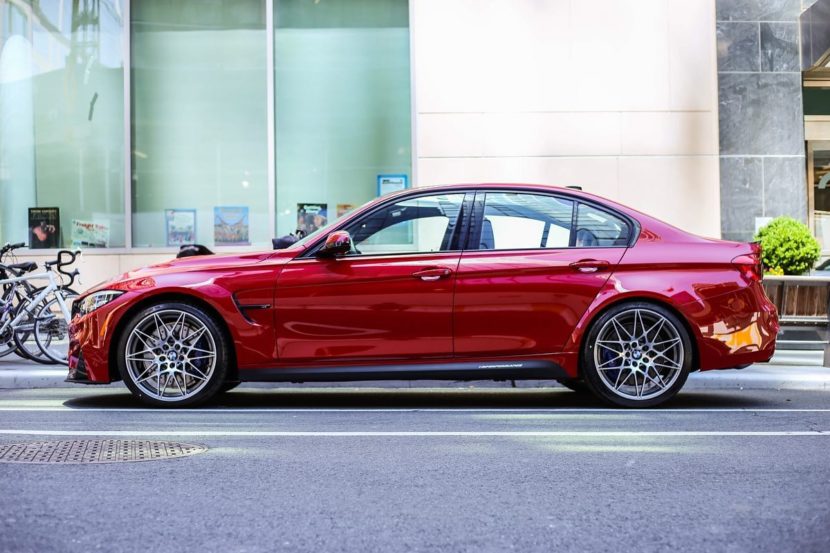 The Competition model of the F80 M3 uses a tuned up S55 engine delivering 450 hp, which can be experienced instantly, thanks to the precise coordination of the steering, chassis, active rear axle differential and the electronic control systems. The M3 Competition is not only more agile than a normal M3, but thanks to a modified exhaust system, it is also considerably louder. 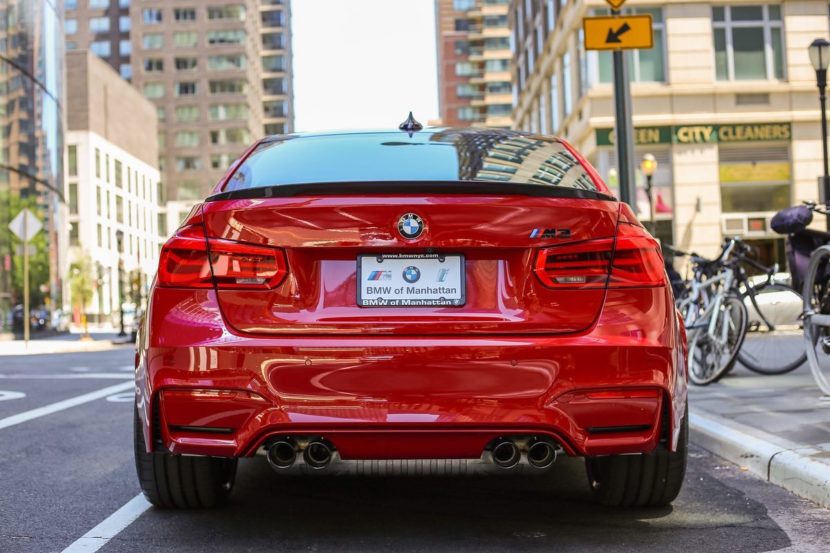 On top of the power bump, the Comp Pack brings chassis, suspension and steering tuning as well as tuning to the limited-slip differential and some interior tweaks, such as the new lightweight seats from the North American BMW M4 GTS and seatbelt with M-colored stripes. If money is no issue, then might as well go for the ceramic brakes which cost $7650 USD. The Competition Package is an option costing the equivalent of $8000 USD.

Since this is a true enthusiasts’ car, a six-speed manual was added to the build. Luckily, the manual transmission will also live in the next generation G80 M3. 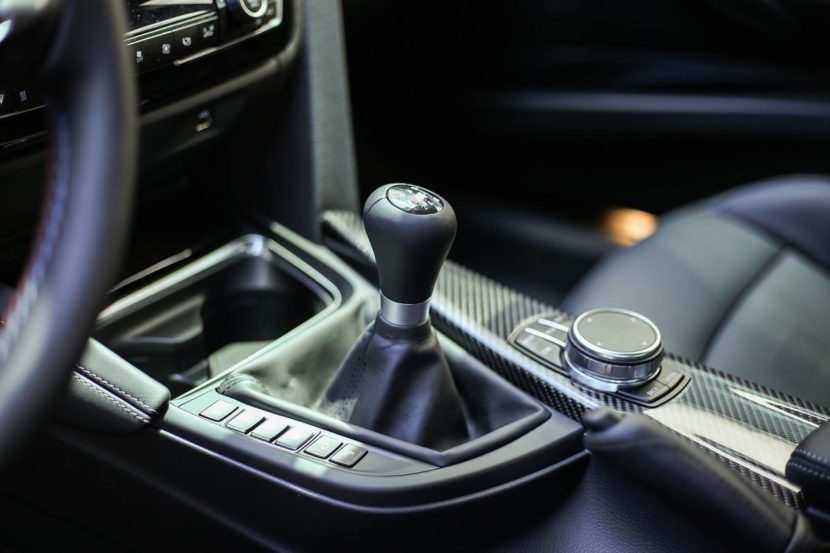 When equipped with the six-speed gearbox, the standard sprint 0-62 mph is a tenth of a second slower than the model with a 7-speed M DKG, but in return offers an even more direct connection between driver and vehicle. The sprint? 4.1 seconds. 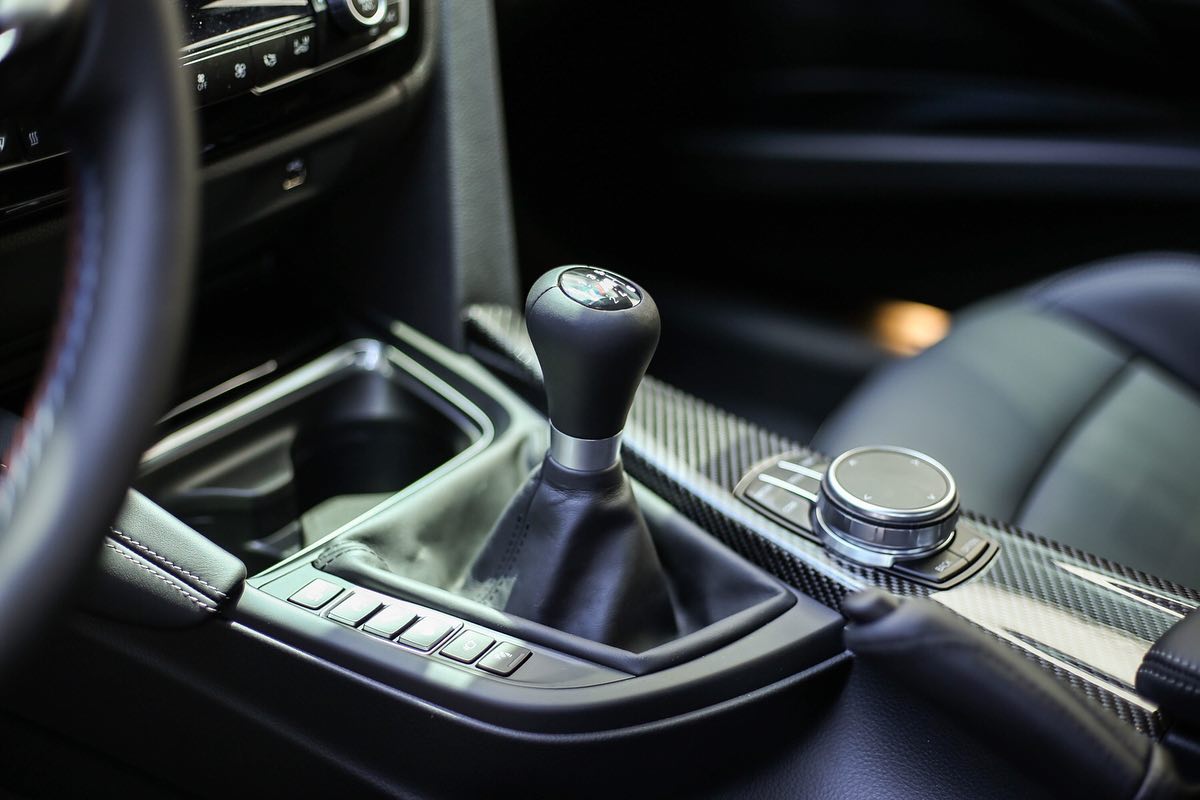 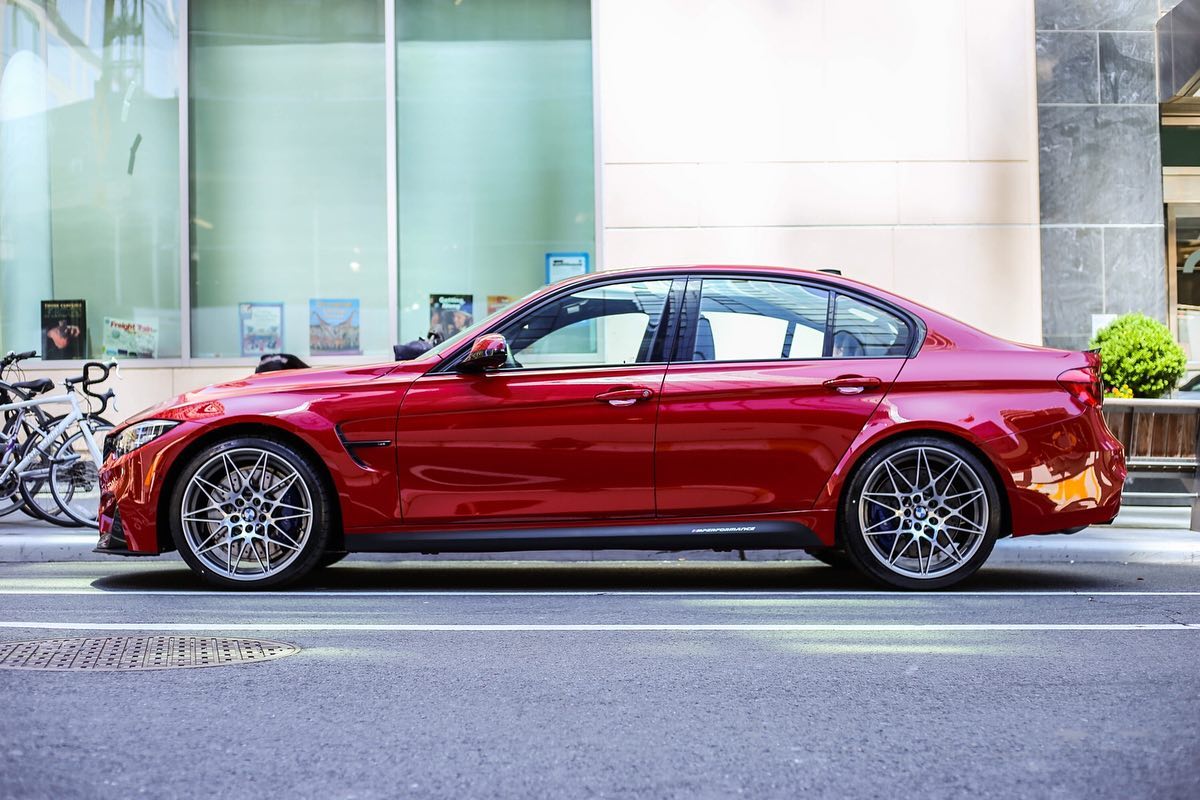 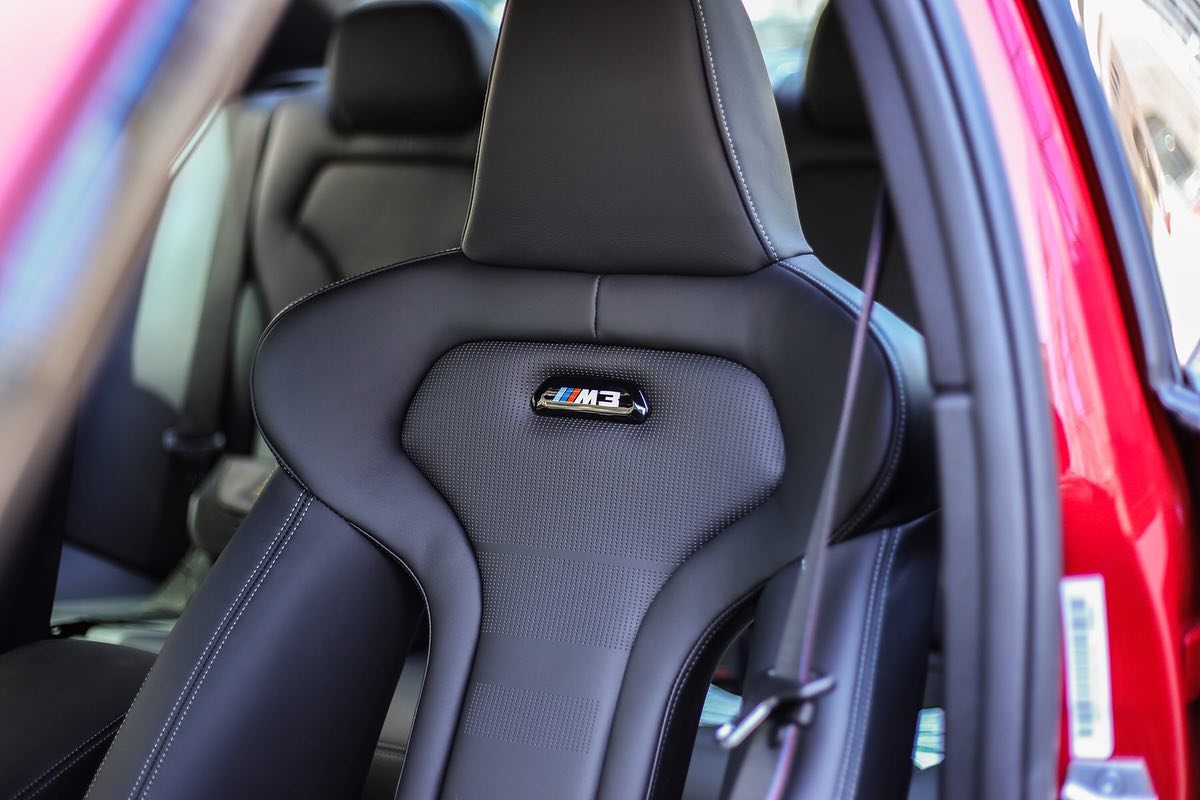 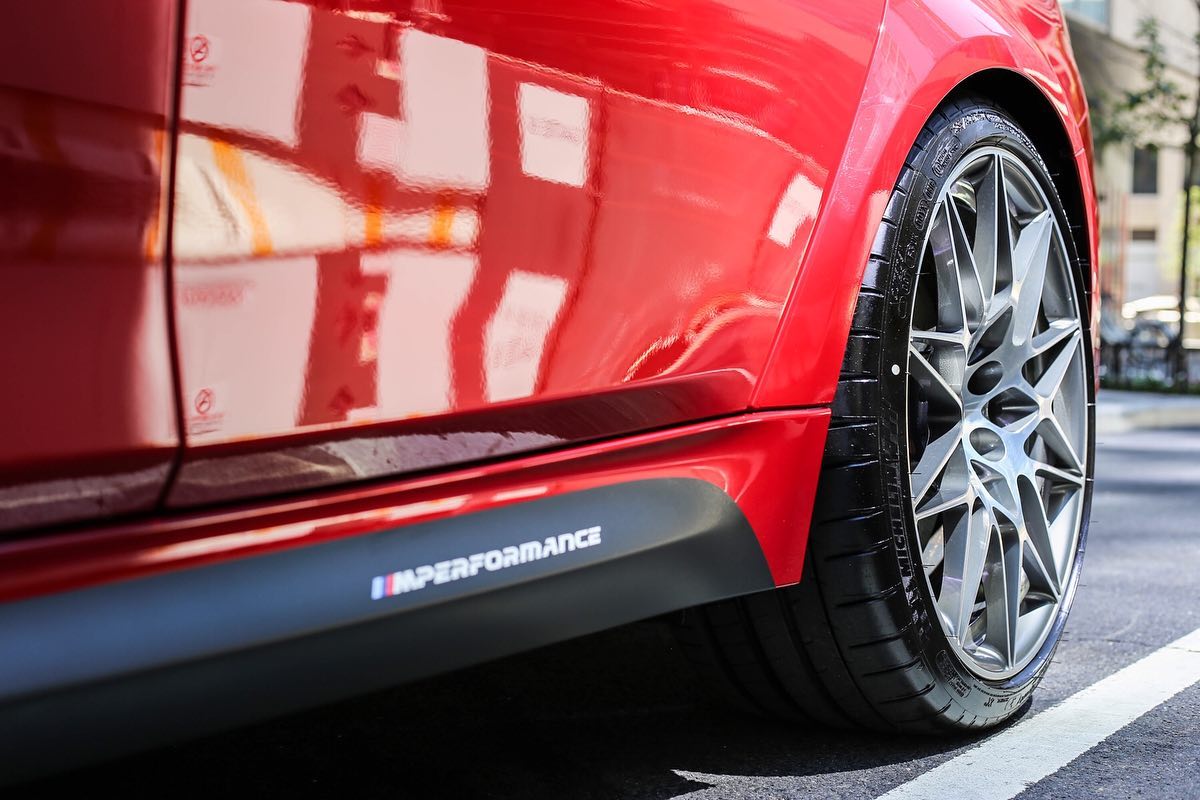 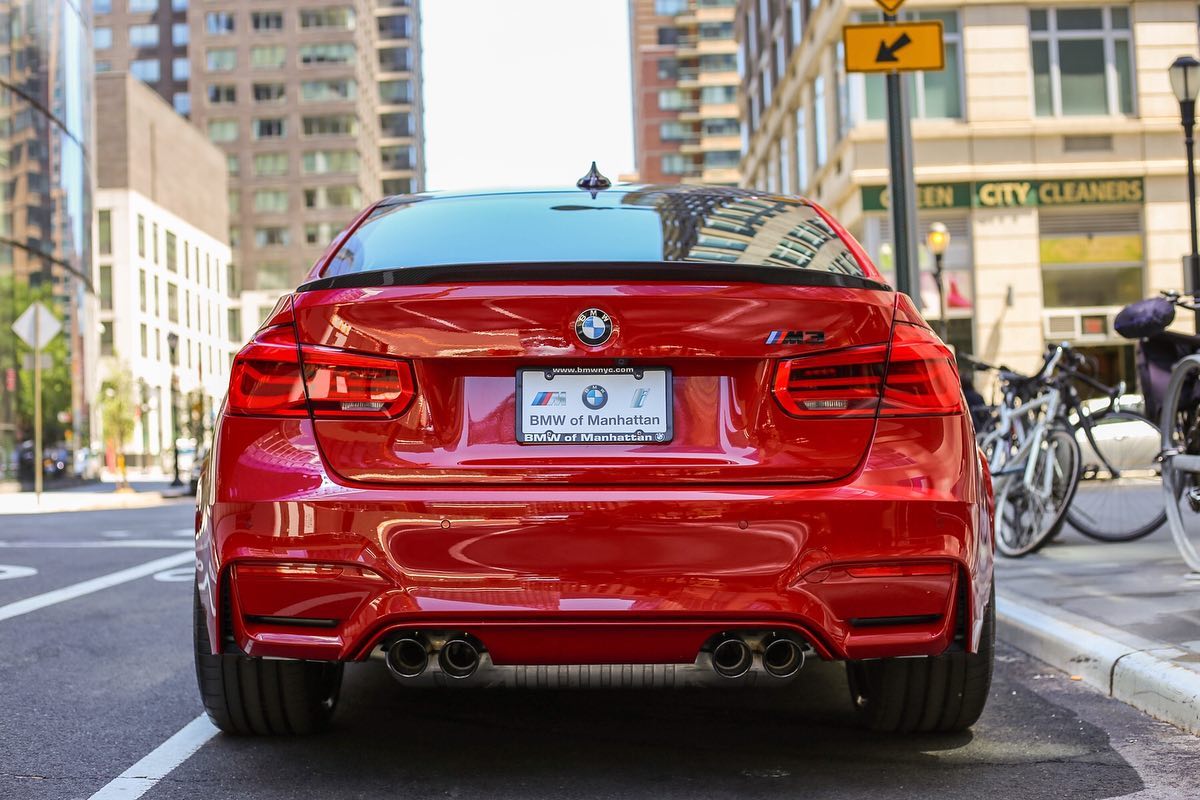