When it comes to making a list of the most desirable BMW cars ever made, it doesn’t get any better than the E46 M3 CSL. It is widely regarded as the best BMW M car ever made and prices for a mint one definitely reflect that. As loved and intriguing as the E46 M3 CSL is though, there’s also a universally agreed upon Achilles’s heel to it: its gearbox. That’s because, for some reason, BMW considered that its SMG unit would be perfect for the job.

Admittedly, the SMG gearbox on the E46 M3 CSL model wasn’t the same as on any other M3 of that day and age. It was specifically tuned to match the hardcore character of the car but even so, it wasn’t nearly as good or as rewarding as a manual would be. 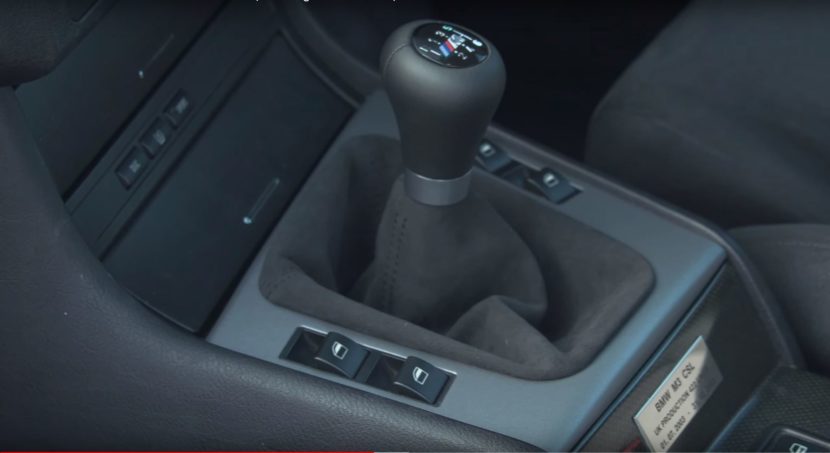 Unfortunately, BMW never changed its mind about the way gears should be shifted in the CSL and they never made a manual. That’s why the video below is so important.

In this video, the guys from Autocar drive a car that’s practically any BMW fanboy’s dream: a manual E46 M3 CSL. The owner of the car says it’s actually easier to do the conversion than most people would imagine, since the SMG ‘box is actually an automatic manual gearbox.

It’s basically a manual gearbox with a pump attached to it that changed gears for you. Thus, if you want to convert your CSL to a manual, you just need to get the gearbox down, take out the SMG pump, fit a clutch pedal and gear linkage. That’s it.

How To Convert A BMW M3 CSL From SMG to Manual

Sounds easy but there might be some intricacies to getting it to work right. And while that shouldn’t be too complicated, it seems like facing the reaction from your fellow bimmerphiles is the worst part about doing this. You see, the E46 M3 CSL has a certain image among enthusiasts, it’s an idol and some consider it shouldn’t be messed with. Some seem to think that if you do that, it’s not a CSL anymore. I guess anyone’s entitled to their opinion but I think that if it brings the owner more joy, I’m all for it. Do whatever makes you happy.