Ever since BMW and Toyota announced their collaboration will spawn two cars, sharing a lot of their underpinnings, the world has been hellbent on comparing them. Truth be told, the Toyota Supra and the BMW Z4 do have a lot in common. Even the infotainment system inside the Toyota looks like and older version of BMW’s iDrive. So yes, the comparisons might be warranted, especially considering the fact that the engine is virtually the same.

The video below shows a run done on the Nurburgring aboard the Toyota Supra with legendary journalist Christian Gebhardt from Sport Auto behind the wheel. You’re more than welcome to check it all out as it does include some awesome skills from Gebhart.

Furthermore, you could also use it as a guide to see how to tackle every corner on the famous Green Hell. As for the lap time, the Supra was clocked at 7:52.17. 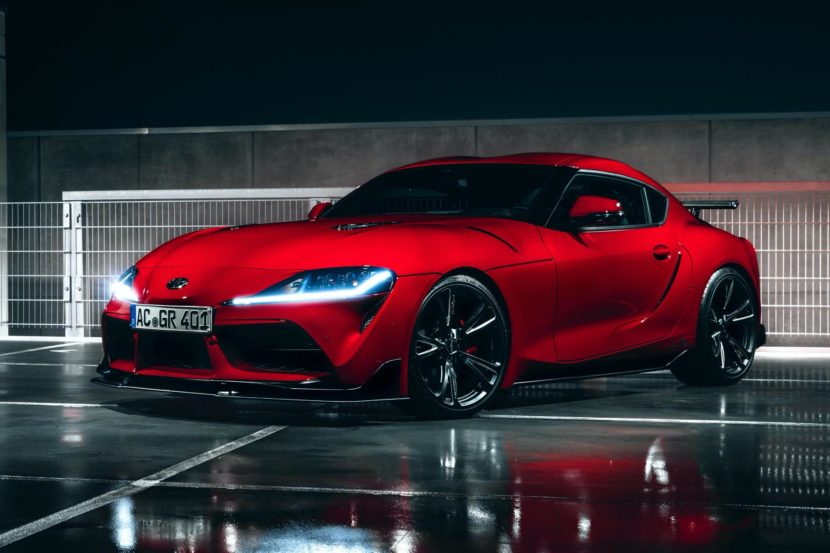 That lap time means the Supra is marginally faster than the BMW M2 Competition, which was clocked at 7:52.36. Yes, it’s literally down to hundreds of a second between these two. This is extremely impressive for the Supra since it has less power compared to the M2 which is also fine tuned by the Motorsport division. Furthermore, the difference between the Supra and the Z4 M40i are even bigger.

Christian Gebhart also drove the BMW Z4 roadster on the same track earlier this year and posted a lap time of 7:55.41 which is more than 3 seconds slower. That’s, once again, mightily impressive for the Supra.

However, according to Toyota’s own Supra chief engineer, Tetsuya Tada, the car should be able to go round the Green Hell in around 7:40. Therefore, it seems like there’s room to improve here.

In the end, it’s fair to say that the Toyota Supra is a fantastic piece of engineering, and thanks to the collaboration, both BMW and Toyota can offer two great sportscar. A novelty in today’s car world dominated by SUVs.