September 2019: BMW has 21% market share in Germany for BEV and PHEV 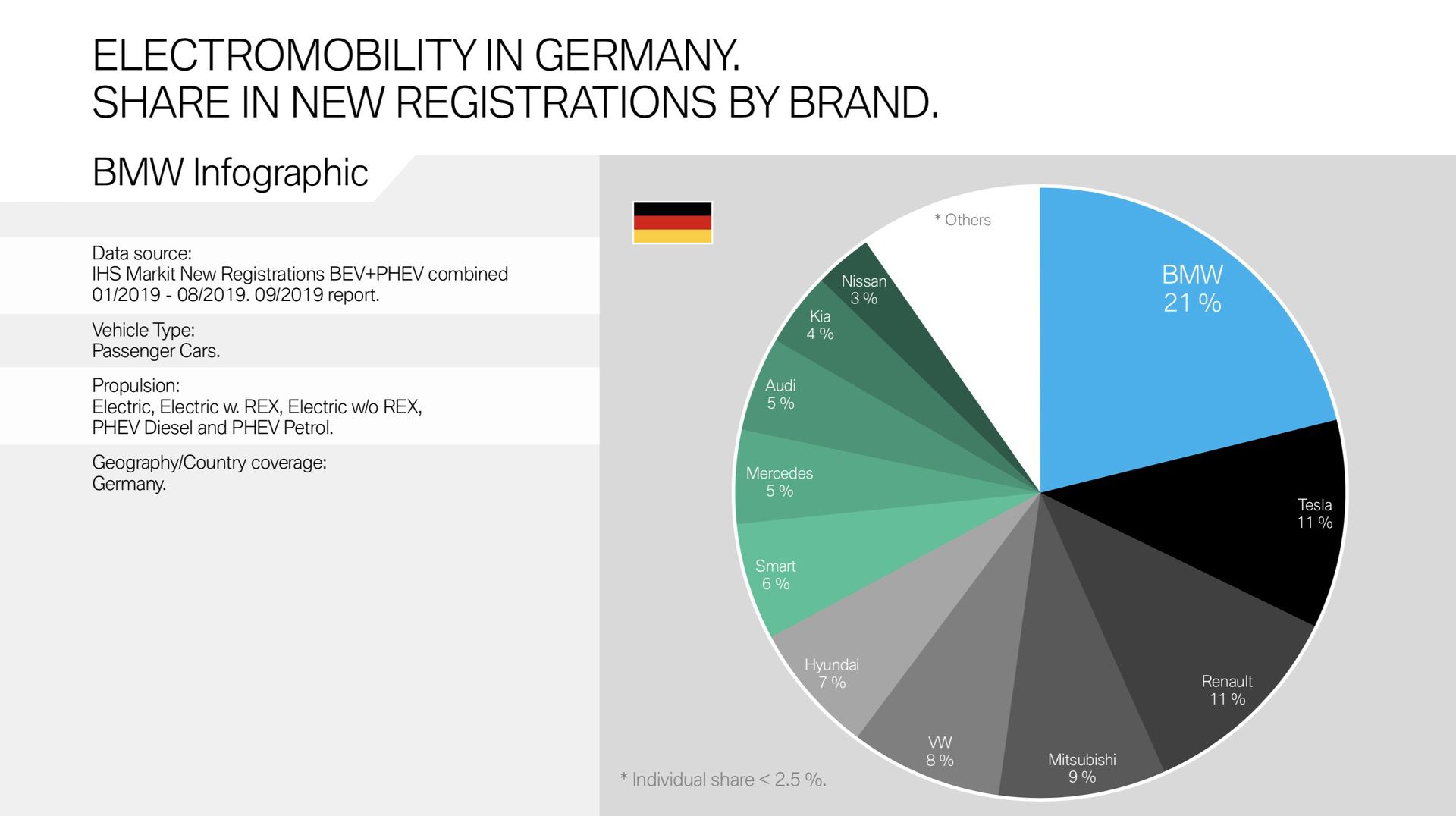 The September 2019 electro-mobility report is now available and shows BMW at the top of the game in some markets. For example, in Germany the Bavarians hold a market share of 21 percent for all the new electric and plug-in hybrid vehicles registrations from January 1, 2019.

BMW is followed at 11 percent market share by Tesla and Renault. The traditional competitors – Audi and Mercedes – have a market share of 5 percent for BEV and PHEV vehicles registered this year. 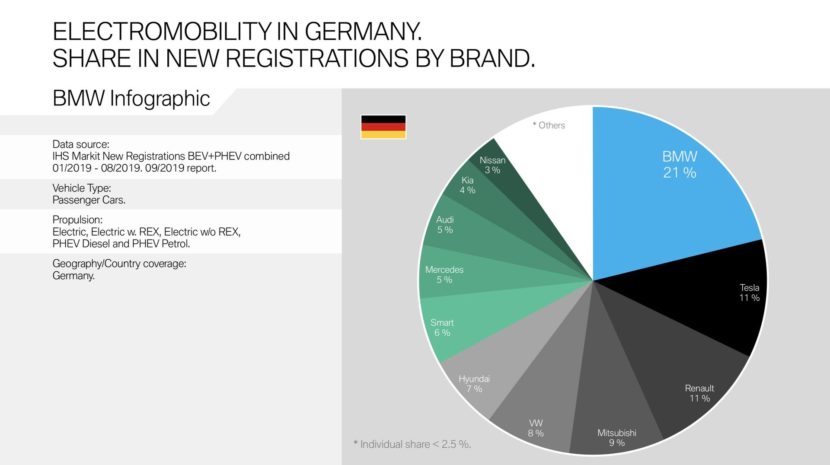 When looking at the entire European Union, for the same period Jan-Sept 2019, BMW ranks second at 13 percent, behind Tesla’s 18 percent market share. Audi’s new registrations for electric and hybrids cars are reported to be around 3 percent. 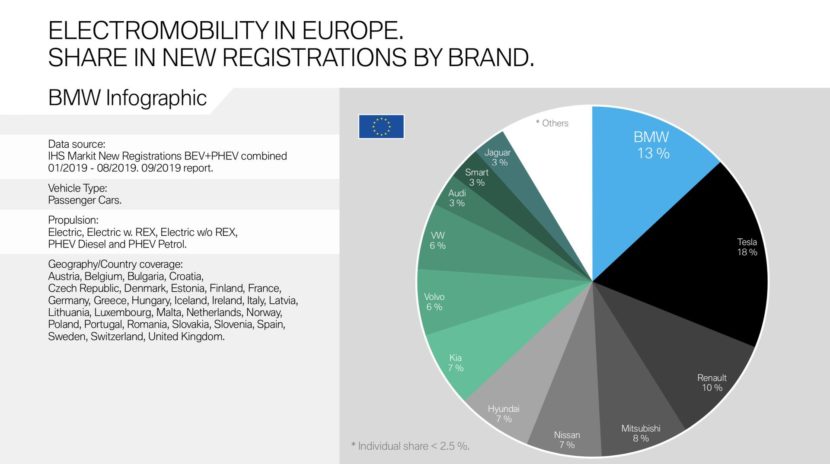 The global view portrays a similar image. Tesla ranks first with a 17 percent market share, followed by BYD Auto in China (12 percent) and BMW at 6 percent. 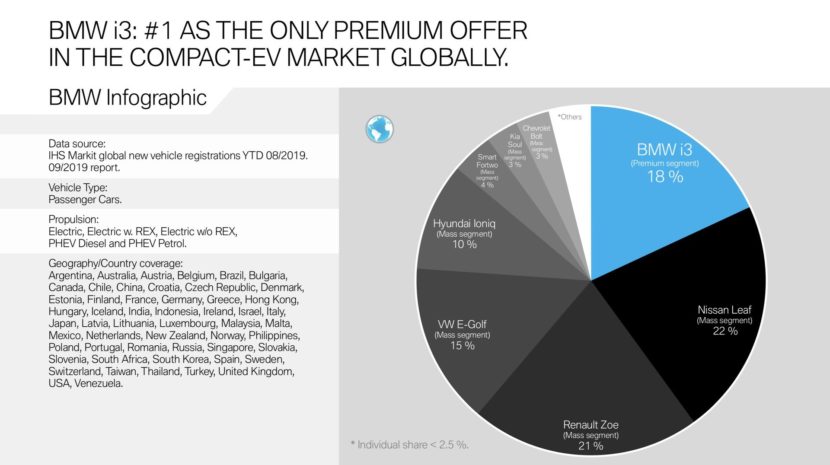 Another interesting graph is the one looking at the premium compact electric vehicles market. BMW touts an 18 percent market share, still behind the Nissan Leaf at 22 percent and Renault Zoe at 21 percent. Yet, BMW does not seem them as direct competitors in the premium market. 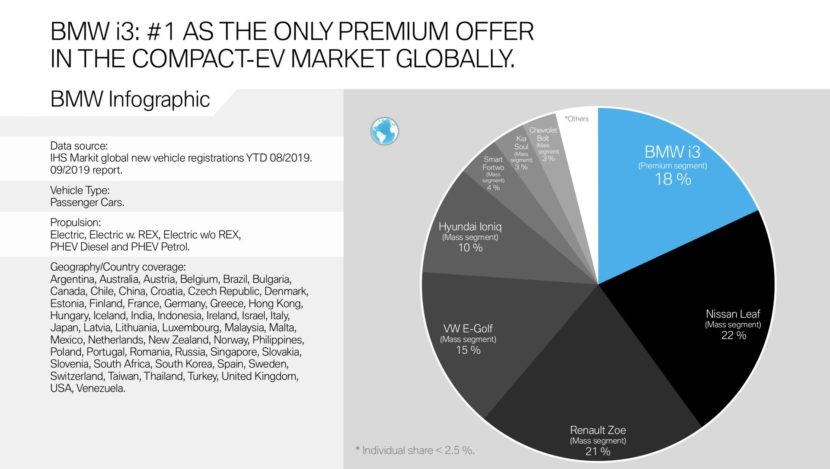 There are no further breakdowns by markets, such as the US, but it’s widely known that Tesla is the uncontested leader in the EV market. Tesla reported record quarterly deliveries last week, putting the electric-car maker within reach of its goal for the year.

The company said it delivered 97,000 new cars in the third quarter. So far this year, Tesla has delivered about 255,000 cars.

In the US, BMW continues to rely on a single fully electric vehicle – the i3 – which comes in four variants: i3, i3S and their corresponding Range Extender models. BMW will add two more fully electric in 2020 – the MINI Cooper SE and the BMW iX3. 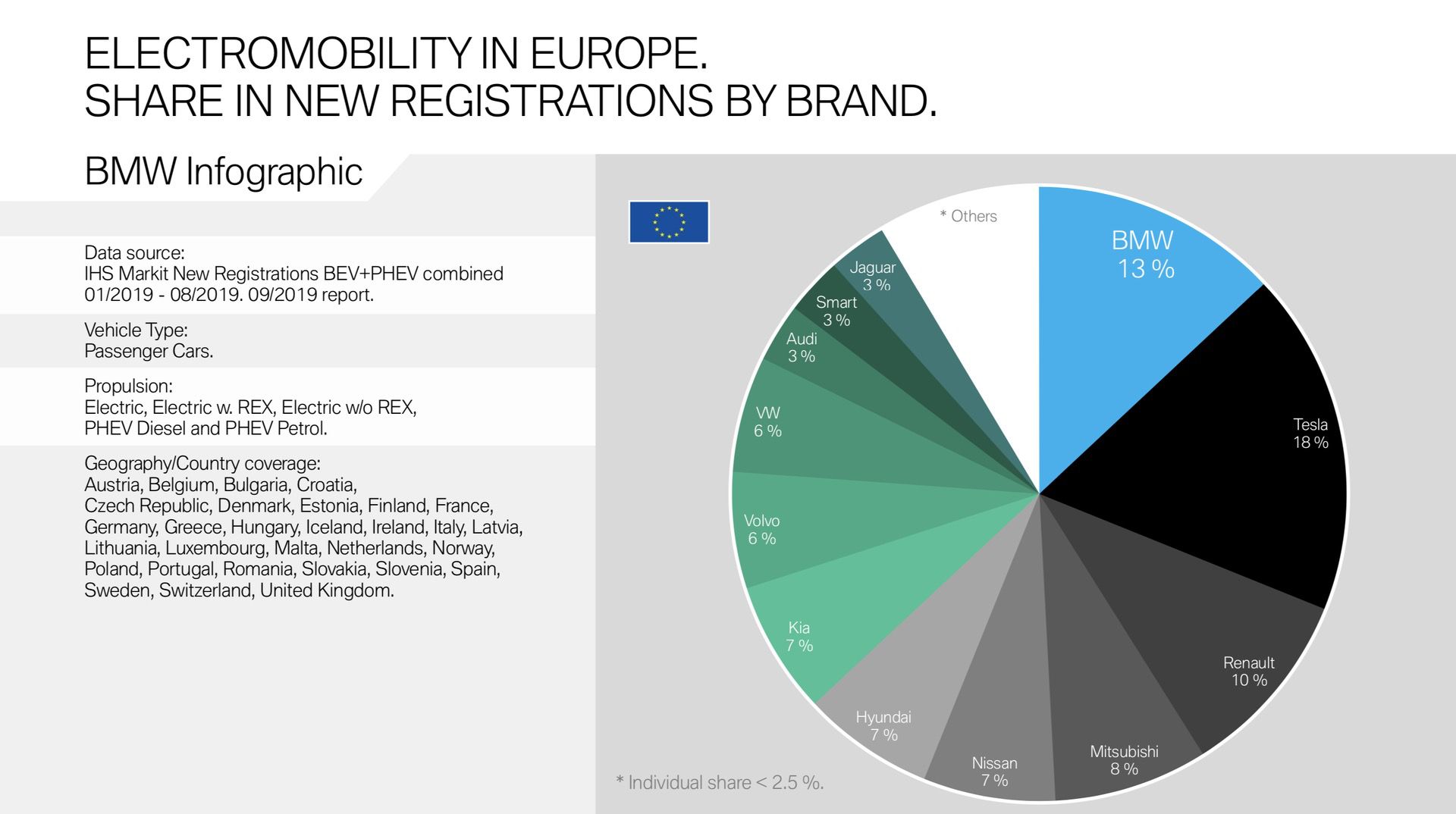 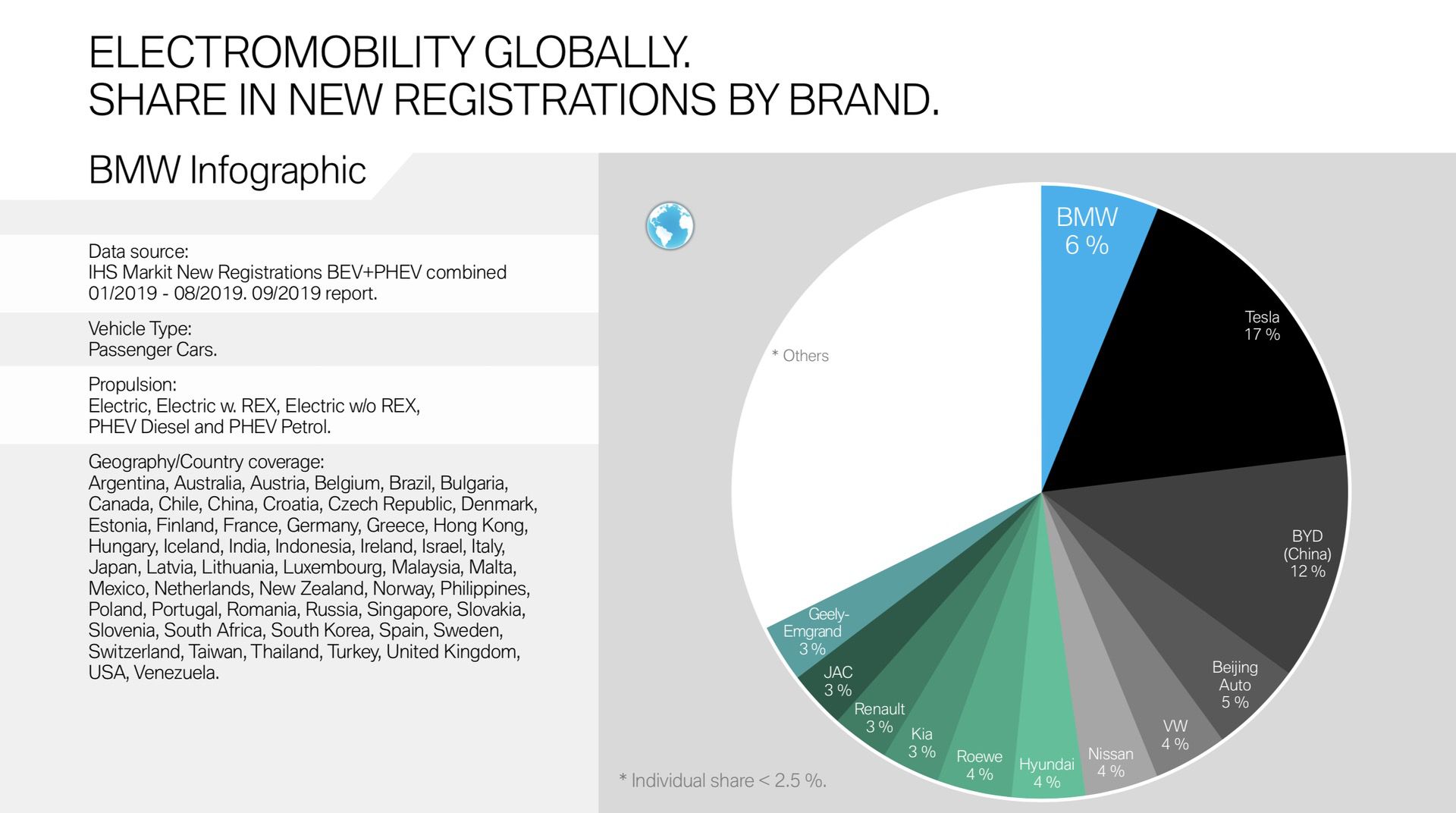 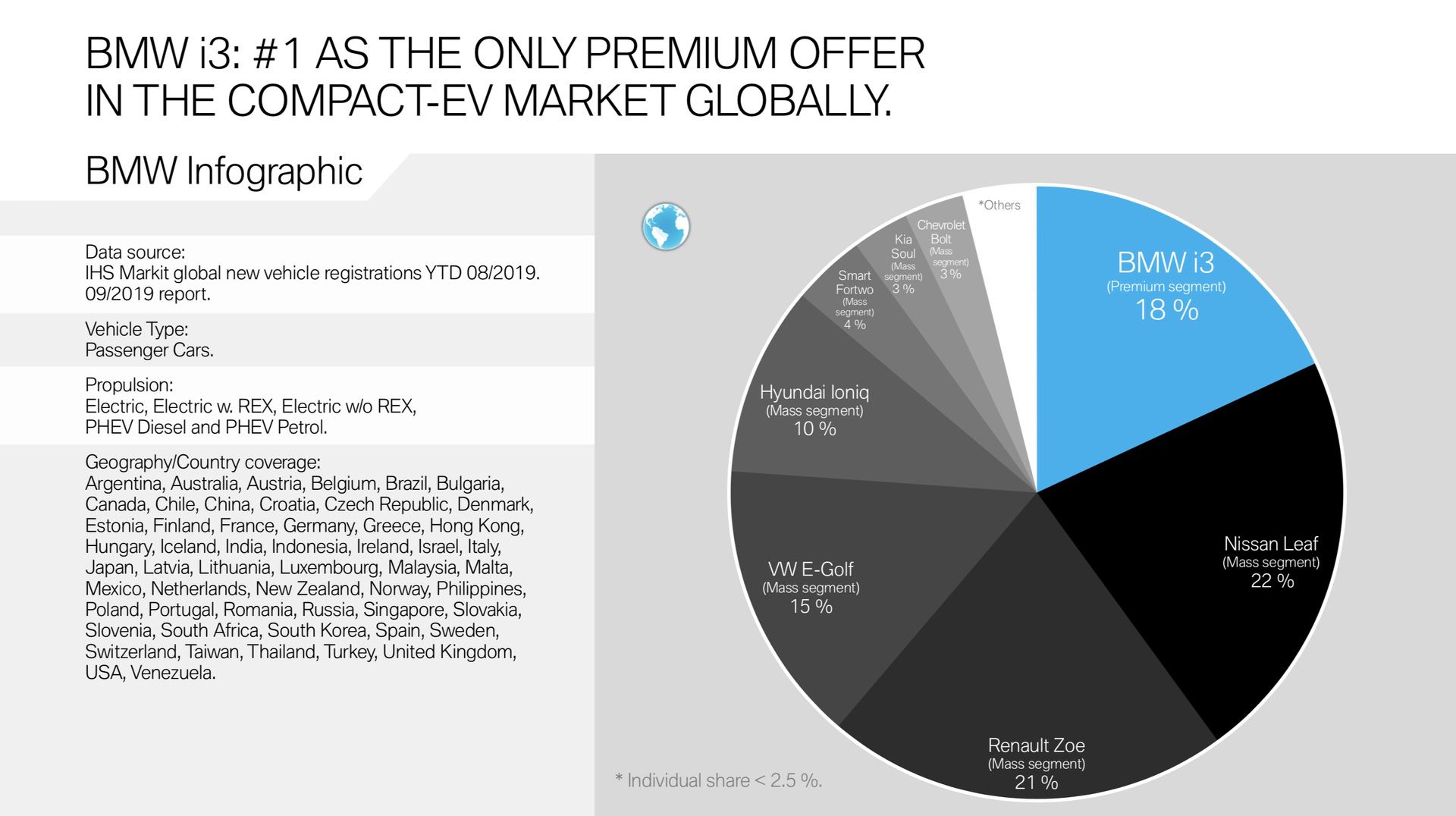 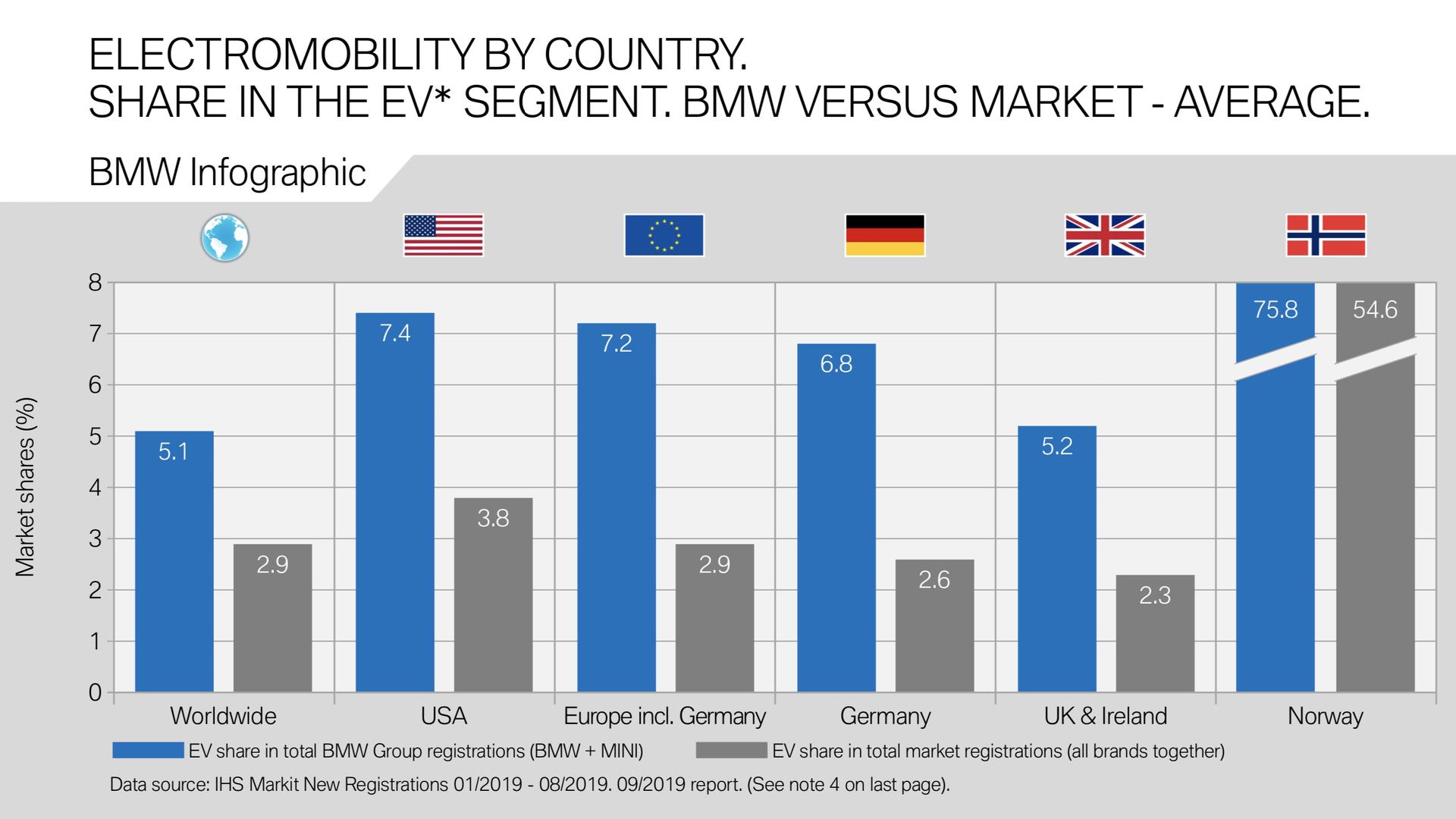 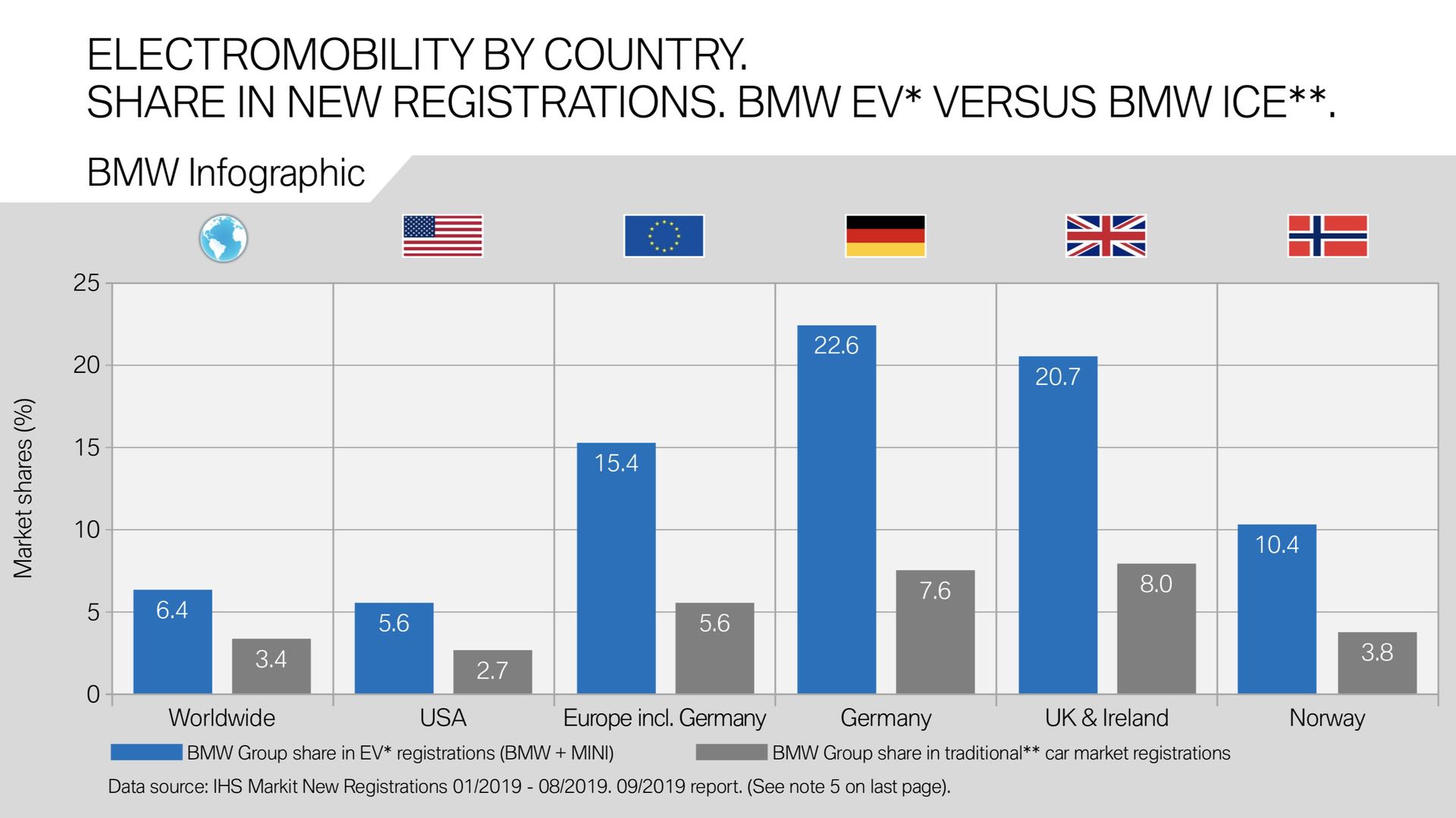