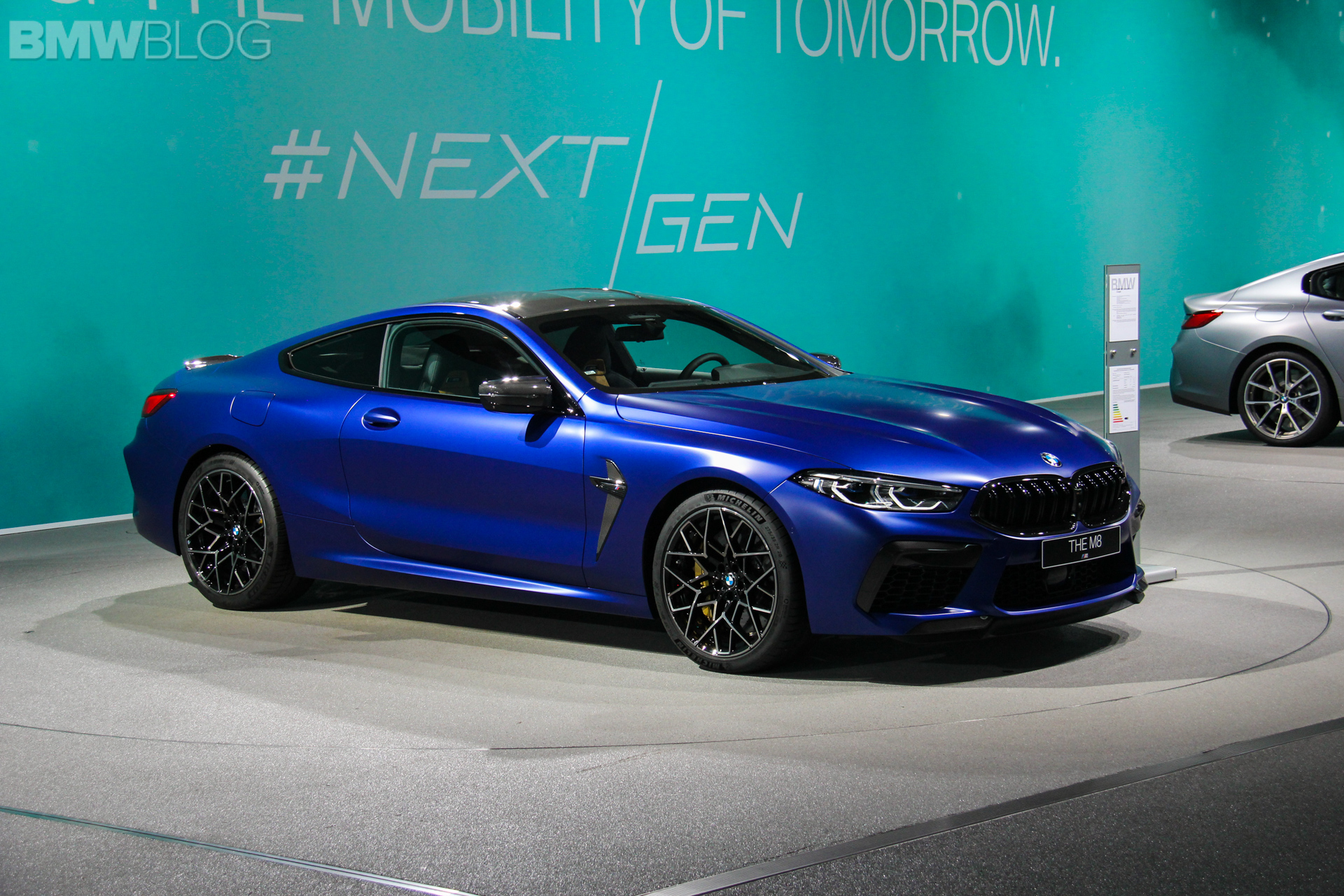 We take a bit of a break from IAA news to bring you an interesting update in the world of the BMW M8. It seems that the Bavarians wasted no time at all in working on a more extreme version of the M8 after it was revealed. While we don’t know exactly what this car is, there seems to be a BMW M8 Coupe test mule being driven that looks even more aggressive than the standard car. (We don’t own the spy photos but they can be seen here)

In these new photos, we can see some sort of BMW M8 Coupe tester lapping the Nurburgring with both a lowered suspension and a large rear wing. So whatever this test mule is, it’s far more extreme than the standard car. Possibly a BMW M8 CS? M8 GTS?

This is rather interesting. Typically, BMW doesn’t put large wings on production vehicles, even on its most extreme models. Cars like the E46 BMW M3 CSL, M4 CS and even upcoming M2 CS all have just little decklid spoilers, rather than tall wings. There are exceptions to the rule, of course, as the E92 M3 GTS and F82 M4 GTS both had big rear wings. However, for the most part, BMW doesn’t really use big aero.

So it’s rather shocking to see such a large rear wing on the BMW M8 but it’s also rather exciting. What’s also interesting is just how low this test mule seems to sit. Its wheels are tucked up into their arches, with almost no wheel gap to speak of. To be honest, though, it just looks right. After seeing this car, the standard BMW M8 looks like it’s on stilts.

While we don’t know exactly what this car will be but we’re excited to find out. Its aggressive aero and lowered suspension give us high hopes for something very exciting.