If anyone things performance or excitement will die off with the internal combustion engine, they’re obviously out of the loop. If you want to bring them into the loop and learn them a bit about the performance benefits of electric power, have them look no further than this drag race video by Carwow. In it, we see three electric cars; the Audi e-tron, Jaguar I-Pace and Tesla Model 3; take on one internal combustion-powered car; the Toyota Supra. So what happens?

First, let’s take a look at each car. The Toyota Supra uses a BMW-sourced 3.0 liter turbocharged inline-six engine, which is BMW’s brilliant B58 engine. It has a claimed 335 hp and 369 lb-ft of torque but we’ve seen it dyno tested with more than that. It takes on the Audi e-tron 55, which makes a maximum 402 hp and 490 lb-ft available in short bursts for, say, a drag race. The Tesla Model 3 Performance has 450 hp and 472 lb-ft of torque. While the Jaguar I-Pace makes 394 hp and a whopping 512 lb-ft of torque. 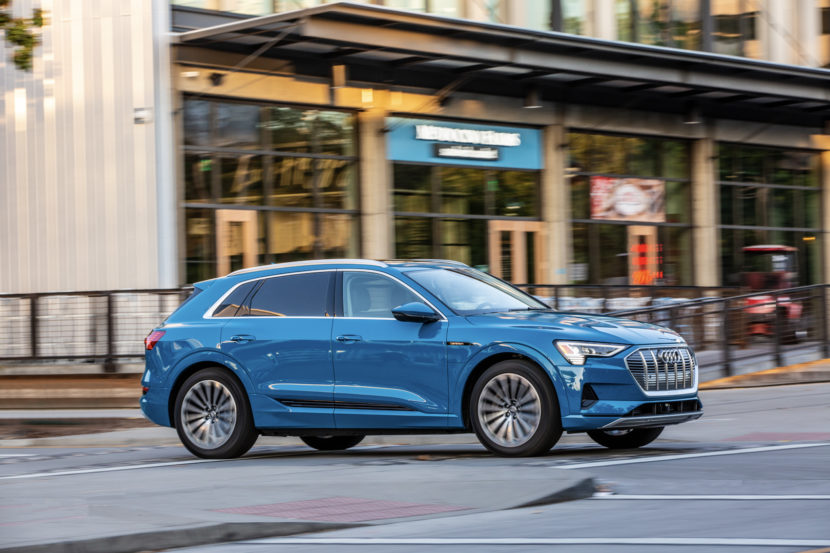 All of the EVs have two electric motors, one at each axle, making them all-wheel drive. The Toyota Supra sends its power through an eight-speed automatic gearbox to only its rear wheels. So all of the EVs have a torque and grip advantage over the Supra. The only advantage the Supra has is its weight, which is significantly less than every EV in the test.

So how does the Japanese/Bavarian dinosaur take on the new-school electrics? Well, it gets whooped. Off the line, it struggles for traction while all of its electric rivals simply launch. The Tesla is easily the fastest of the bunch and pulls ahead quickly. While the Jag isn’t too far behind and comes in second place. The Toyota Supra ends up actually beating the Audi e-tron but that’s because the e-tron weighs as much as a medium-sized moon.

That’s not the only test Carwow conducts, so check the video out below. But it’s interesting to see the Supra, which is a fast, high-performance car, get whooped by uber-efficient EVs. Especially when you consider that its BMW B58 engine is one of the most impressive engines on the market today. So even one of the absolute best internal combustion engines can get dominated by a couple of EVs that aren’t even designed for ultra performance.