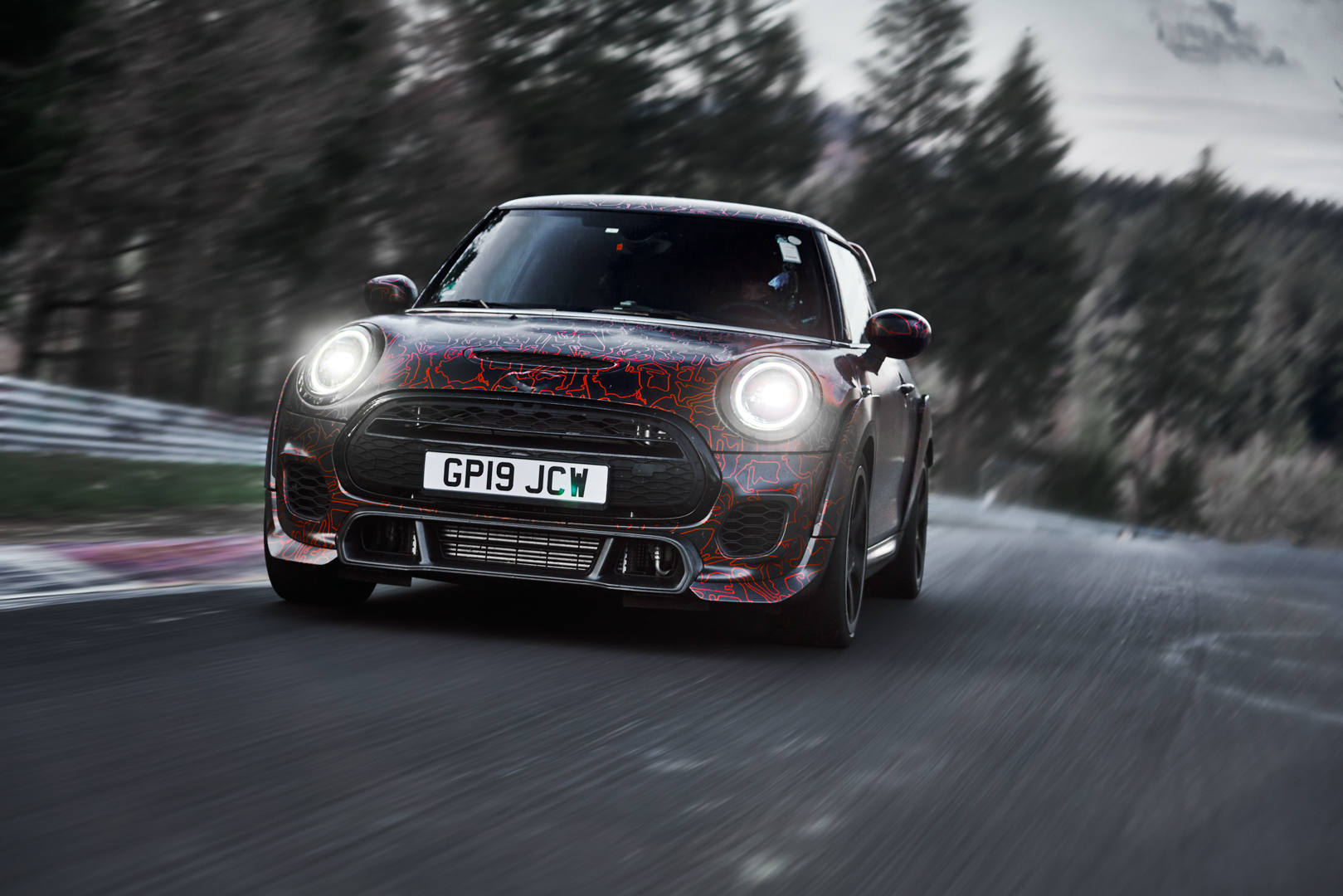 The Nürburgring Nordschleife is regarded as the most demanding race track in the world and has become an increasingly important marketing tool in recent years: whether in Japan, Australia, the USA or Europe – everyone interested in cars now knows that a lap time of less than 8 minutes is a great achievement.

Today, MINI announced that upcoming MINI John Cooper Works GP F56, which will hit the market in 2020, has lapped the Nordschleife in 7:56:69 minutes. The Nürburgring lap time of under 8 minutes clearly states that the new MINI JCW GP wants to be perceived as a true sports car and not just as an overpowered city car. 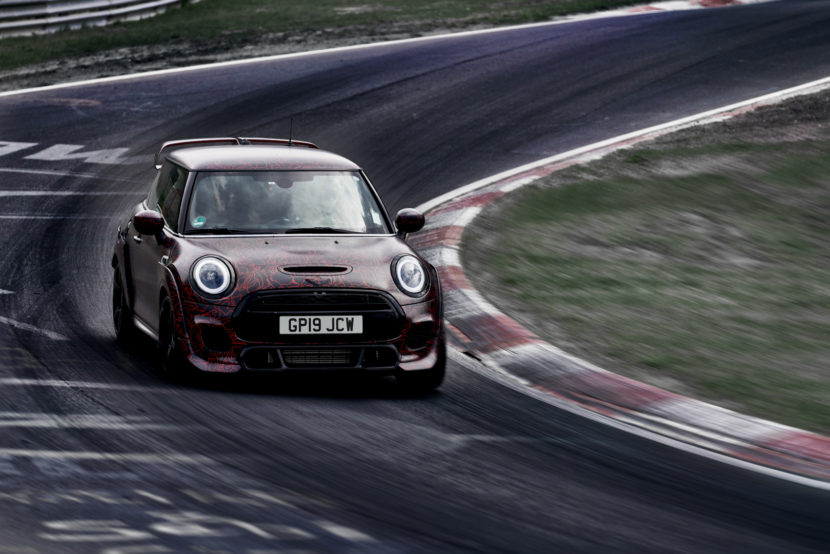 Already the predecessors were extremely potent for small cars and, above all, extremely agile, which is why they surprised so many sports car drivers on winding roads.

Being a JCW GP, it will be lighter, stiffer and more agile than any other MINI on the road. Its suspension, chassis, steering and brakes have all be tweaked, updated and upgraded to make it a proper little track machine. It also gets a ton of aero, such as its funky fender flares and massive rear wing. So it will both look awesome and go like hell. It’s also faster. Its 2.0 liter turbocharged four-cylinder makes 300 hp, making it one of the very most powerful MINIs to date. 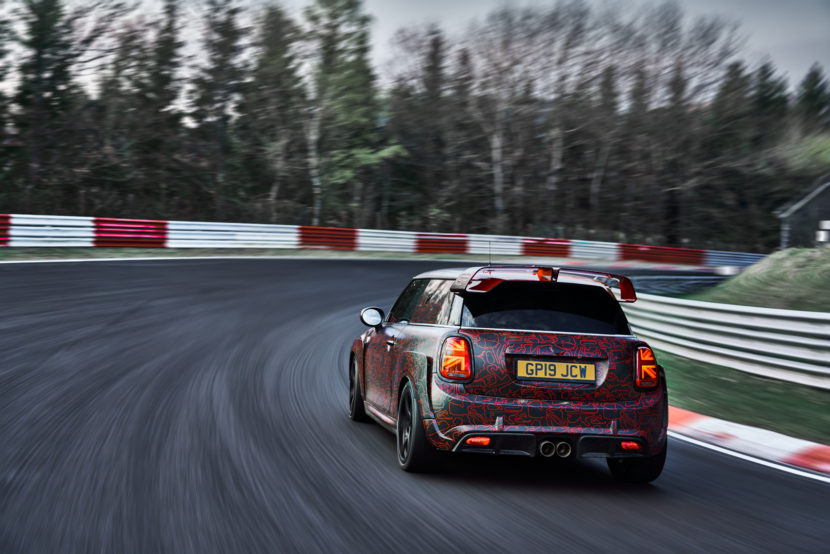 Compared to its predecessor, the now announced lap time already represents an improvement of almost half a minute, but the British are already announcing that until the market launch in 2020 “there will still be plenty of time for fine tuning” and the test program is not over yet.

The little Briton will be limited like its predecessors (3,000 units were previously sold), but the limitation is noticeably looser  and will allow more customers to enjoy the full JCW GP performance.