It finally happened. BMW finally completed the 8 Series range and the world can now relax and enjoy the newest four-door coupe from Munich. Even though the car was leaked online last week, we got to see it live a few months ago and we can say with confidence that it’s one of the best looking cars ever to come out of Bavaria. That’s high praise and such a car definitely deserves a proper launch film.

As usual, BMW published the ‘official launchfilm’ for the 8 Series Gran Coupe minutes after the car was unveiled. In typical fashion, the short clip focuses on what BMW wants you to notice about this car. In the case of the 8er Gran Coupe, it’s the speed and dynamics of the thing, along with that beautiful body. Therefore, things kick off with slow shots of the car, showcasing its silhouette, continue with several mentions of the word ‘art’ and then end with a cloud of dust raised by the new 8er. 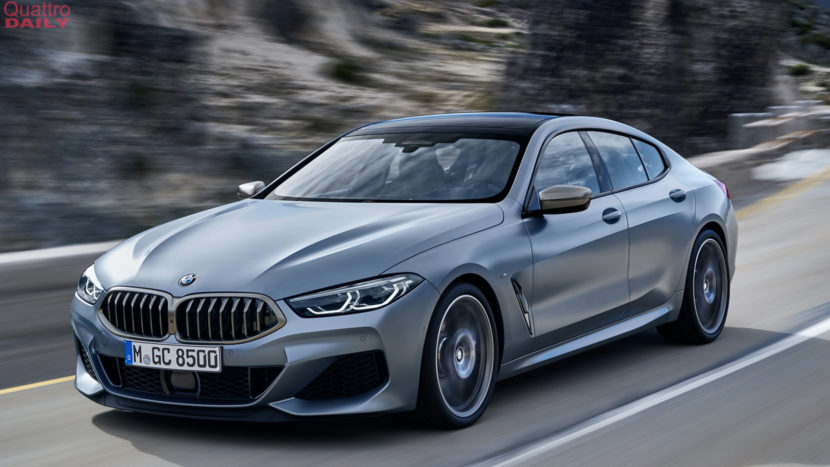 The video shows the car both at speed and from different angles to tell the story of its dual character. This is a sleek, head turner that will have people gasping in awe when rolling by but, at the same time, it’s a comfortable cruiser for long trips, a car that is meant to be thoroughly enjoyed.

Just like in the case of the other two body types, the new 8 Series Gran Coupe will be available with a V8 as well as two six-cylinder choices. The one to get will be the M850i xDrive, of course, to have the power under the hood to match the killer looks of this beast. Furthermore, the M8 Gran Coupe is in the making right now and will be unveiled later this year.

One response to “Video: BMW 8 Series Gran Coupe Launch Film Is All Action”