For around $65,000, sports car customers really are spoiled for choice. At the moment, for around that money, you can buy at least three dynamite rear-wheel drive sports coupes and the three we’re talking about today have just been compared by Motor Trend: the BMW M2 Competition, Porsche 718 Cayman and Toyota Supra.

In this test, these three cars take each other on, both on road and on track. While their prices as-tested vary, they can all be had for around the same price, depending on options. 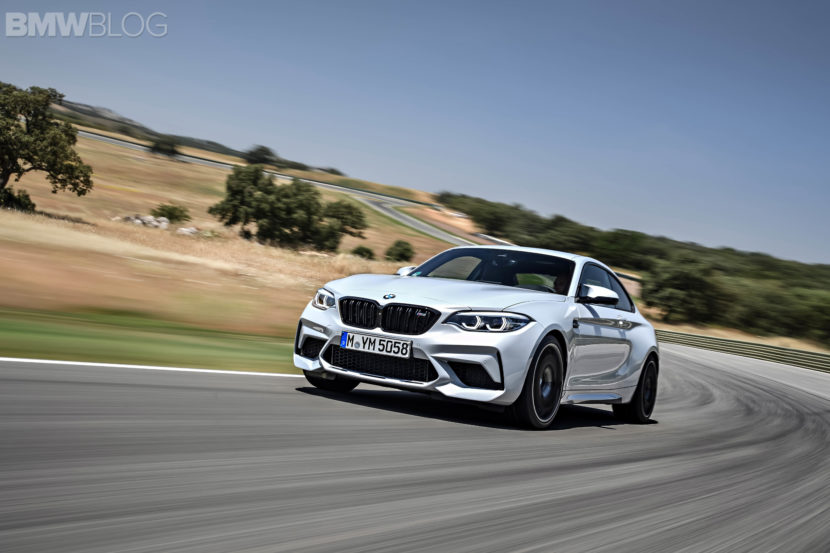 What’s interesting is that a BMW engine powers both the BMW M2 Competition and the Toyota Supra, as the latter is based on the new BMW Z4. But the engines are different. The M2 gets an S55 engine, similar to the M3, which is a 3.0 liter twin-turbo I6 that makes 405 hp. While the Toyota Supra uses a B58 engine, which means a 3.0 liter single-turbo I6 with 335 hp. Though, we wonder if that power rating is just BMW pulling rank on Toyota, as its performance figures belie that small power figure.

The Porsche 718 Cayman is the outlier in this test. Its mid-engine nature makes it the oddball of the three but also gives it an inherent handling balance advantage. It is down on power, though, with just 300 hp to work with from its 2.0 liter turbcocharged flat-four engine.

In terms of straight-line speed, it’s the Toyota Supra that’s surprisingly the quickest, nailing 0-60 mph in 3.9 seconds. That’s a tenth faster than the much more powerful (on paper) M2 Competition and two tenths quicker than the Porsche. That’s what leads us to wonder if the Supra actually makes 382 hp, like its North American Z4 M40i sibling and BMW just makes Toyota claim a lower figure to give the Z4 superiority.

Not only is the Toyota Supra the fastest, according to Motor Trend, it’s also the best car of the three. It’s the most consistently good to drive, with great steering and balance while also being very quick, and it’s the cheapest by far. What’s interesting is that the Supra, which is essentially a Z4 underneath its skin, takes first but the BMW M2 Competition lands in last place.