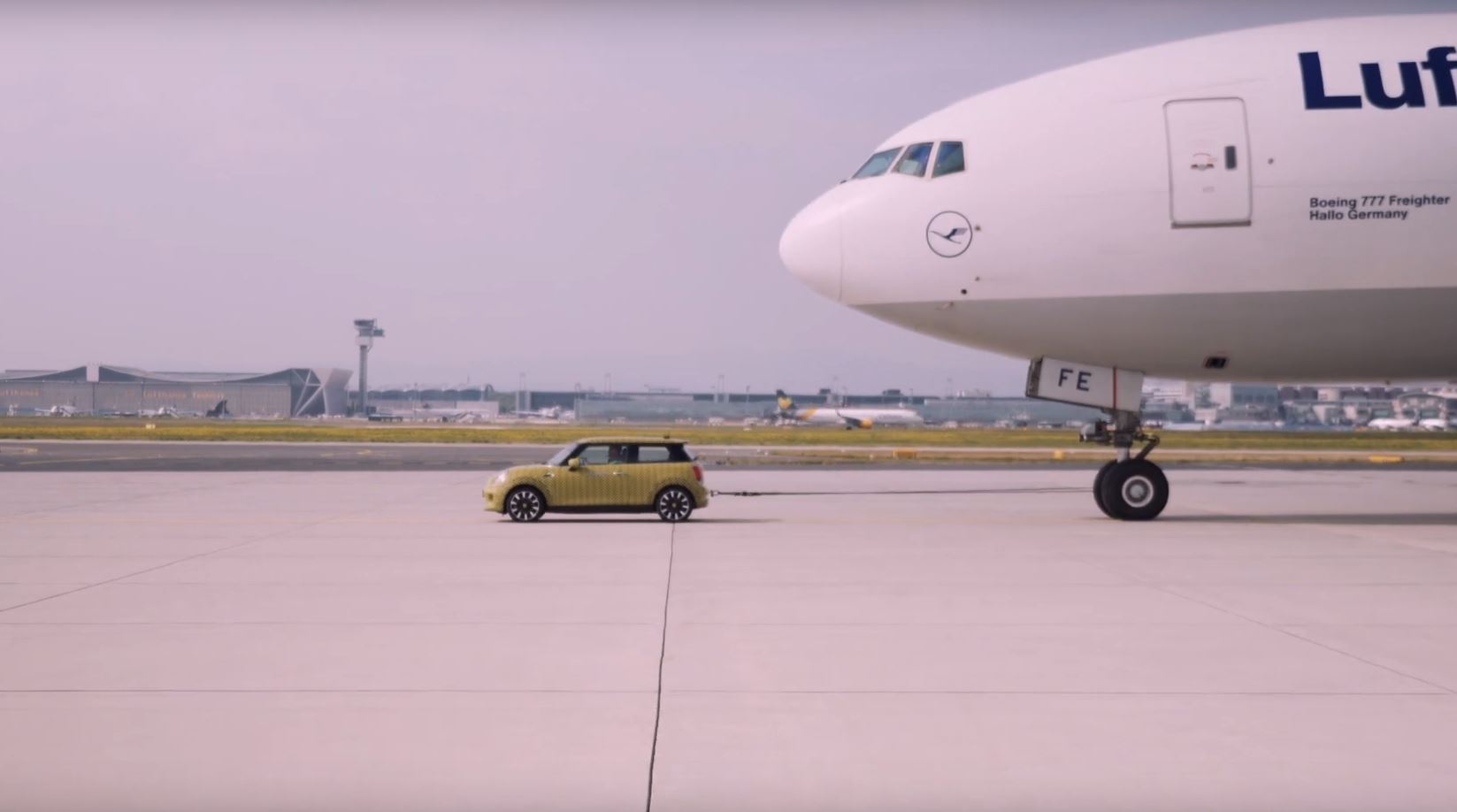 The people over at MINI are starting to create some hype around their upcoming, brand new model. The MINI Electric is set to arrive later this year and it’s going to be a really good, fun car. The British brand is going back to its roots during some hard times for it, especially sales-wise but from other perspectives as well. Brexit could spell doom for a number of manufacturers based in the UK and it’s going to be interesting to see how everything pans out.

The marketing team decided to go for a trick other car makers have used before as well. The first time I remember seeing a car doing this kind of a stunt, pulling an airplane, it was a Volkswagen Touareg fitted with a huge 5-liter V10 diesel engine, that had 750 Nm or 850 Nm of torque on tap, depending on the model year. It was monstrous and VW wanted people to notice it, so they arranged to have a Boeing 747 towed using that car, in a marketing stunt.

That’s what MINI is doing in this clip as well. The Britons however are using a noticeably smaller car to do that, one that has only front-wheel drive and possibly just 250 Nm of torque at its disposal. We have it on good authority it’s going to be the same drivetrain from the i3, meaning we’ll get 170 HP and 250 Nm of torque in this small, hot hatch.

With its spectacular show of strength at Frankfurt airport, the MINI Cooper SE prototype hooked up with an aircraft that already had an important role to play in the presentation of the iNext. Last September, over a period of five days, media representatives were given the opportunity to view the BMW Group’s latest vision vehicle at the five venues in Munich, New York, San Francisco and Peking. In preparation for this, Lufthansa Cargo and BMW Group trade fair construction specialists converted the most efficient freight aircraft of its class into an exclusive, airworthy presentation platform for the BMW Vision iNEXT