Ahhh… The Nurburgring. That magical place where sports cars roam free. Few tracks around the world have such a special status in the hearts of car enthusiasts. Heck, few places in the world are so adored and yet, the Green Hell is a tricky bit of tarmac, one of the longest tracks on the planet. It has a lot of corners and elevation changes, more than any other track and therefore requires a lot of skill to make sure you have a good time and don’t end up in a barrier. That’s what this M3 and a Jaguar XJR seem to be doing here.

The footage below shows a BMW M3 Competition and a Jaguar XJR having a lot of fun on the Ring. The two seem to be Ring Taxis, something you rarely see someplace else. Ring Taxis allow you to pay someone to take you on a tour of the Green Hell, at maximum velocity and having a lot of fun. It’s a great choice if you don’t want to thrash your tires or if you don’t know the layout by heart. 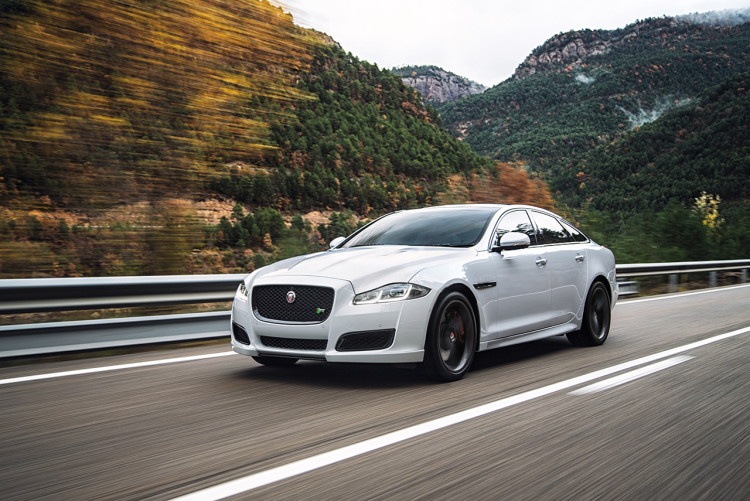 The M3 and the XJR are not exactly rivals. The Jaguar plays in the same league as the BMW M5 but that doesn’t mean it can’t play nice with an M3. Spec wise, things are rather interesting. The M3 has the Competition Package on and is, of course lighter than the Jaguar. Its 3-liter twin-turbo engine delivers 444 HP and 550 Nm (406 lb-ft) of torque, all of it sent to the rear wheels. Things are rather different for the Jag.

Under the hood of the XJR hides a supercharged 5-liter V8 with 550 HP and 700 Nm (516 lb-ft) of torque. Just like on the M3, the power is sent to the rear wheels. Since it’s considerably bigger, the Jag is also a lot heavier and has three passengers inside. The M3 is full too but you can easily see how being lighter comes in handy in the corners.

One response to “Video: BMW M3 Competition and Jaguar XJR Playing on Nurburgring”