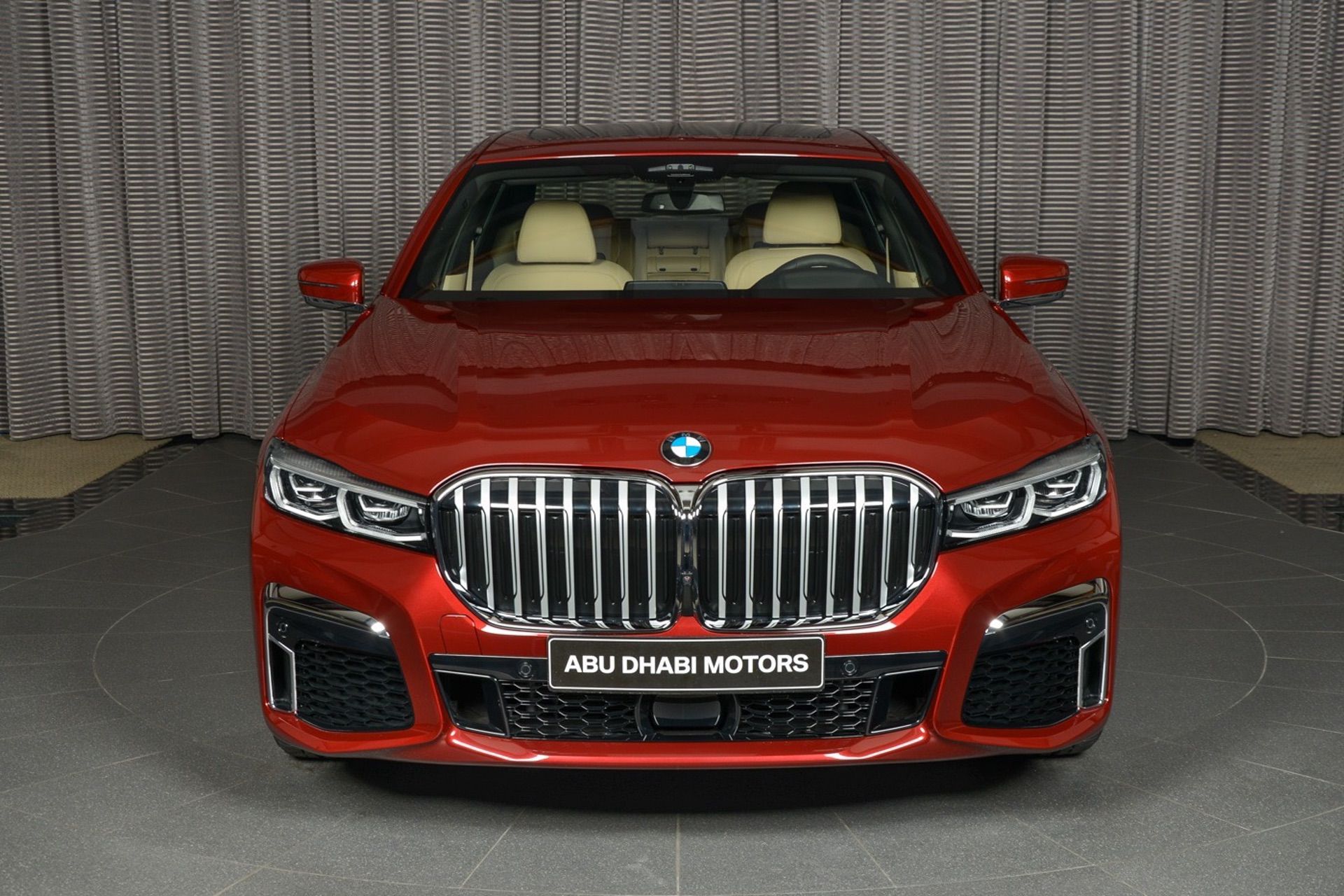 Yet another special car project lands in Abu Dhabi. The local BMW Abu Dhabi Motors is bringing to life a 2019 BMW 730Li in a BMW Individual color – Aventurine Red II Metallic. The very same color was used by BMW at the launch of the facelifted 7 Series, only that time around on a BMW 760Li.

Inside, this particular 730Li features dual-tone beige and black leather, a Fine Wood Poplar Grain Trim with a grey metallic high gloss finish on the center console and dashboard. 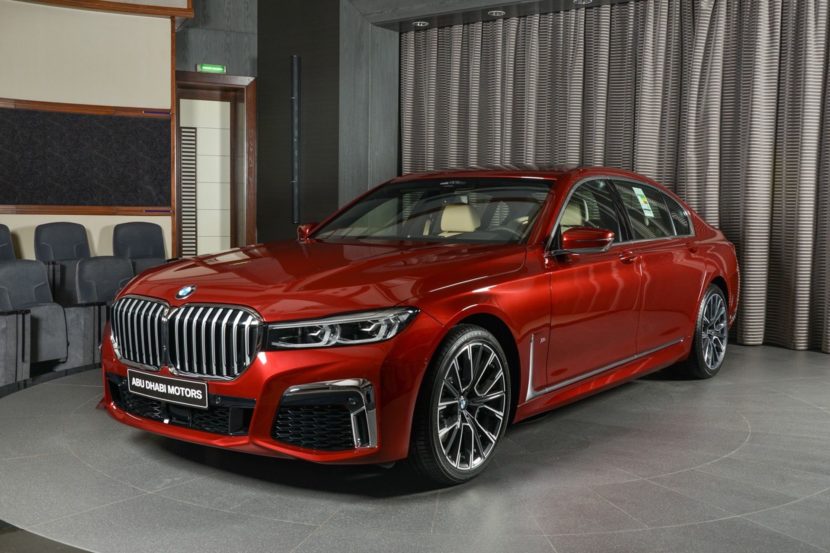 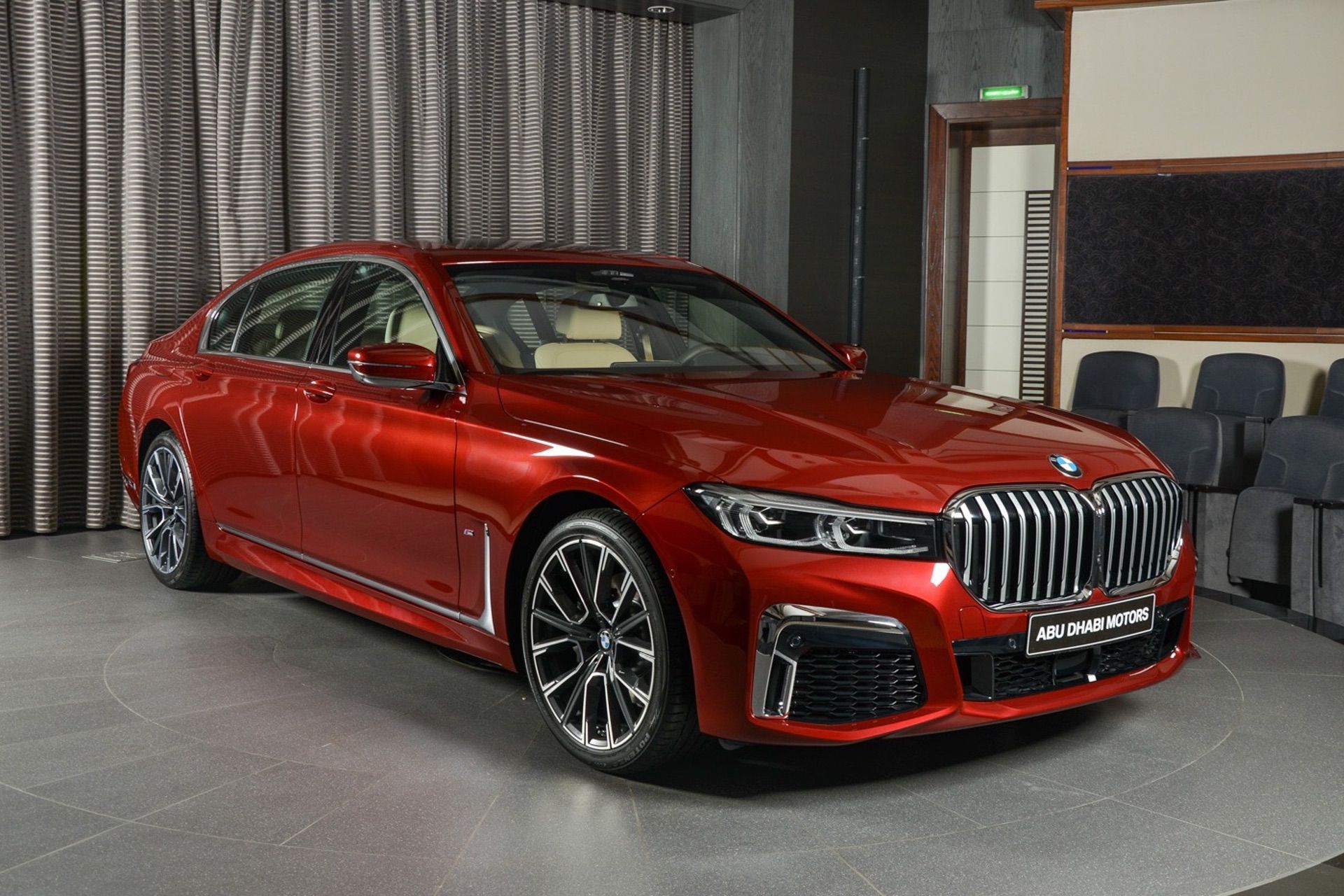 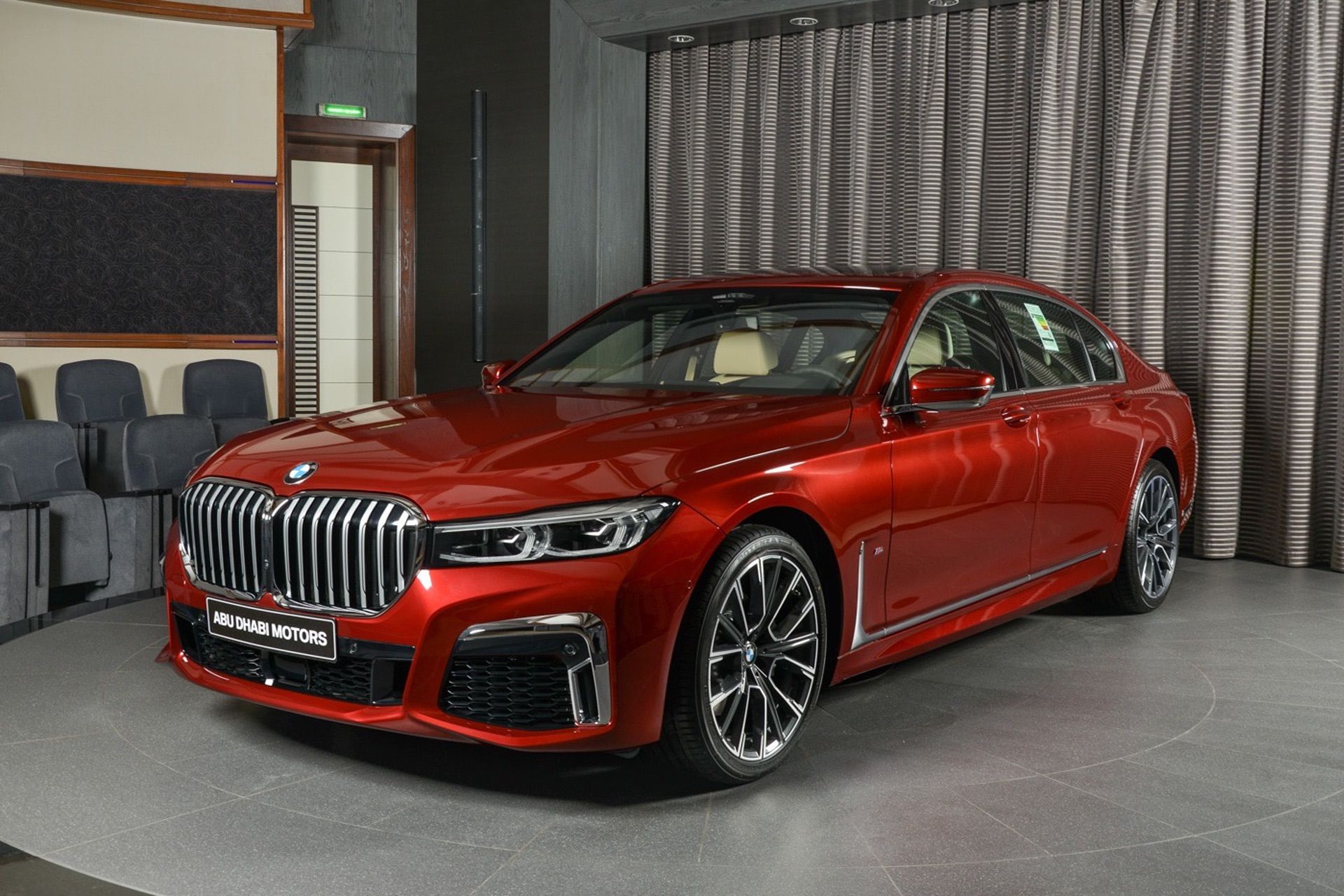 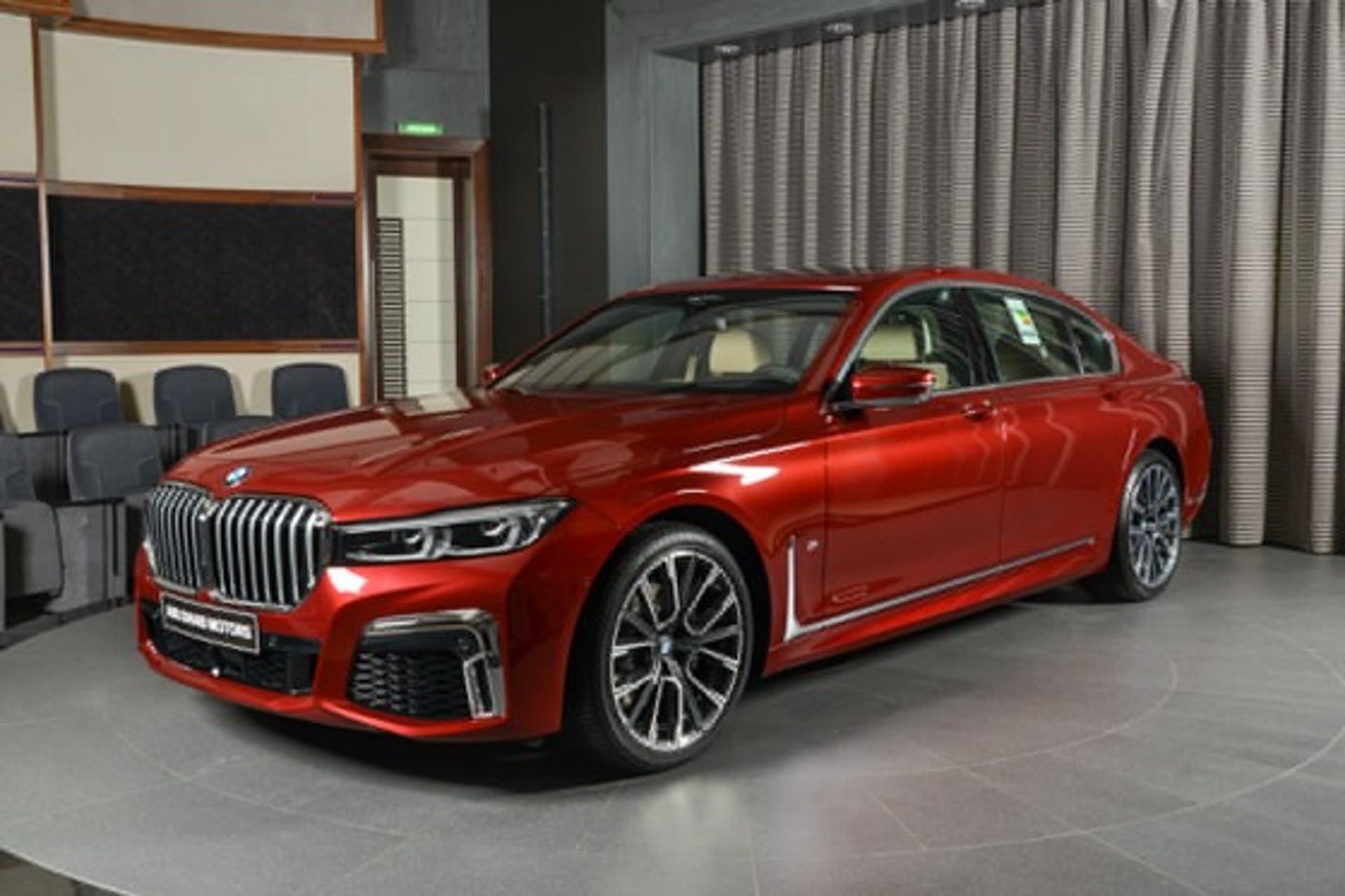 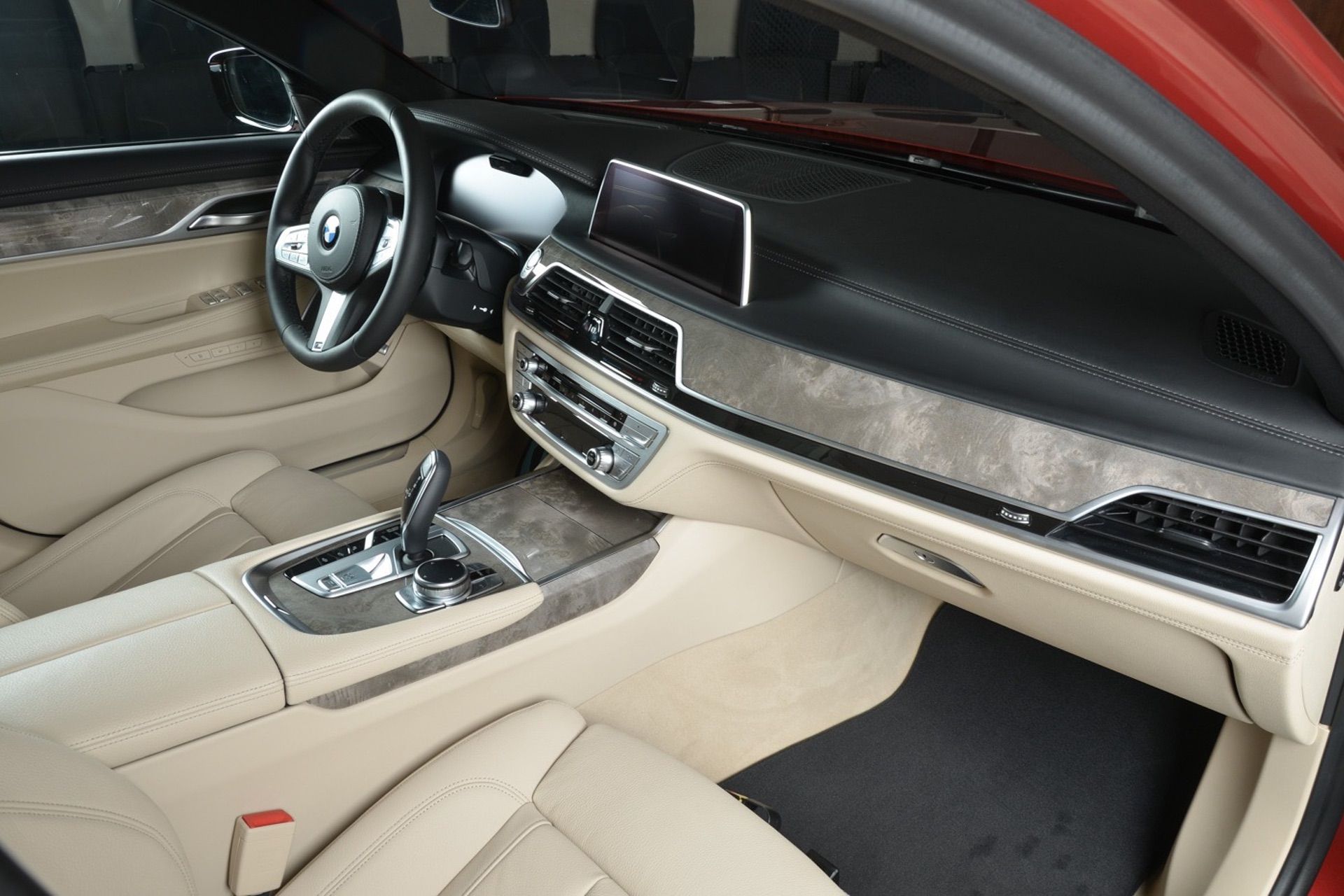 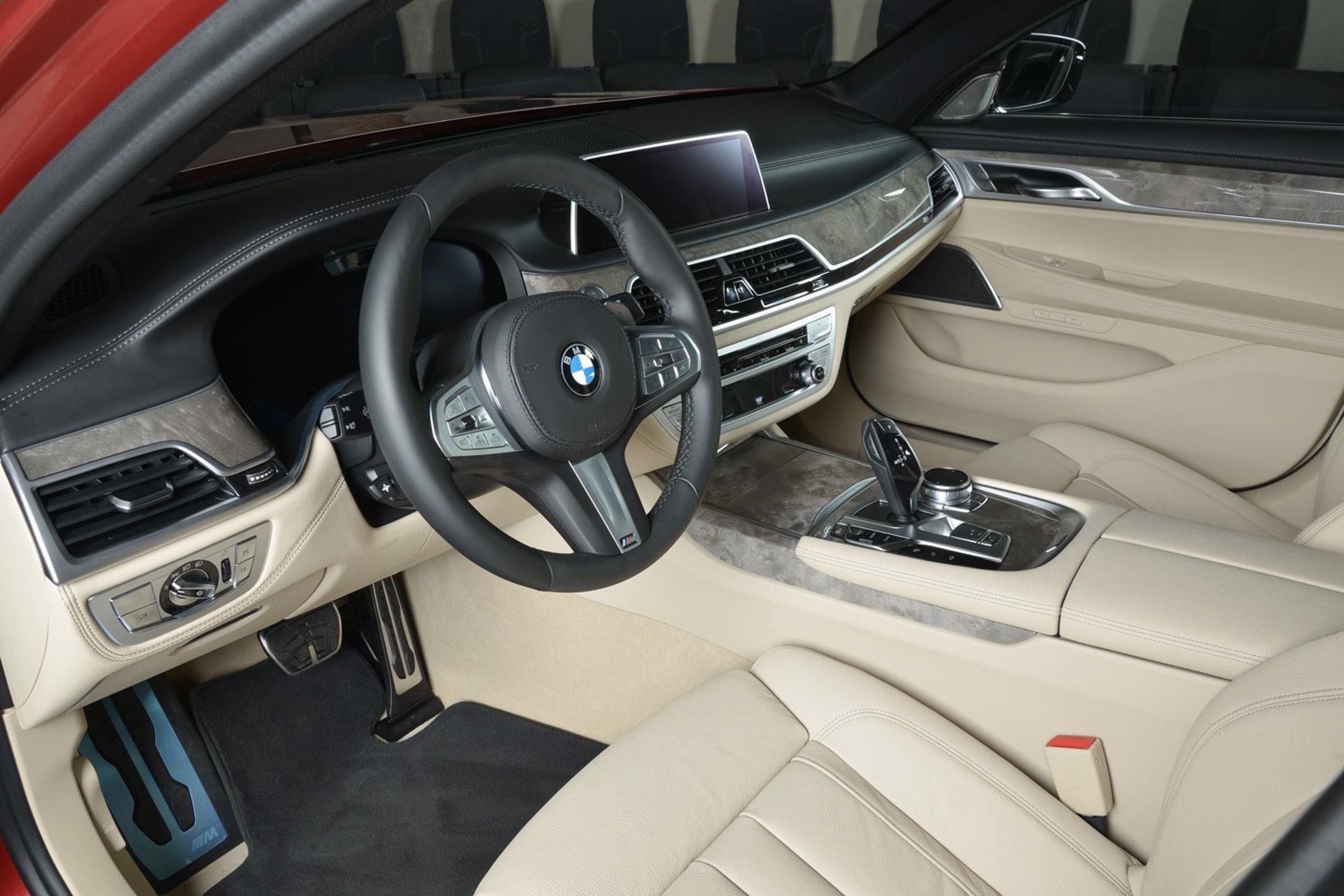 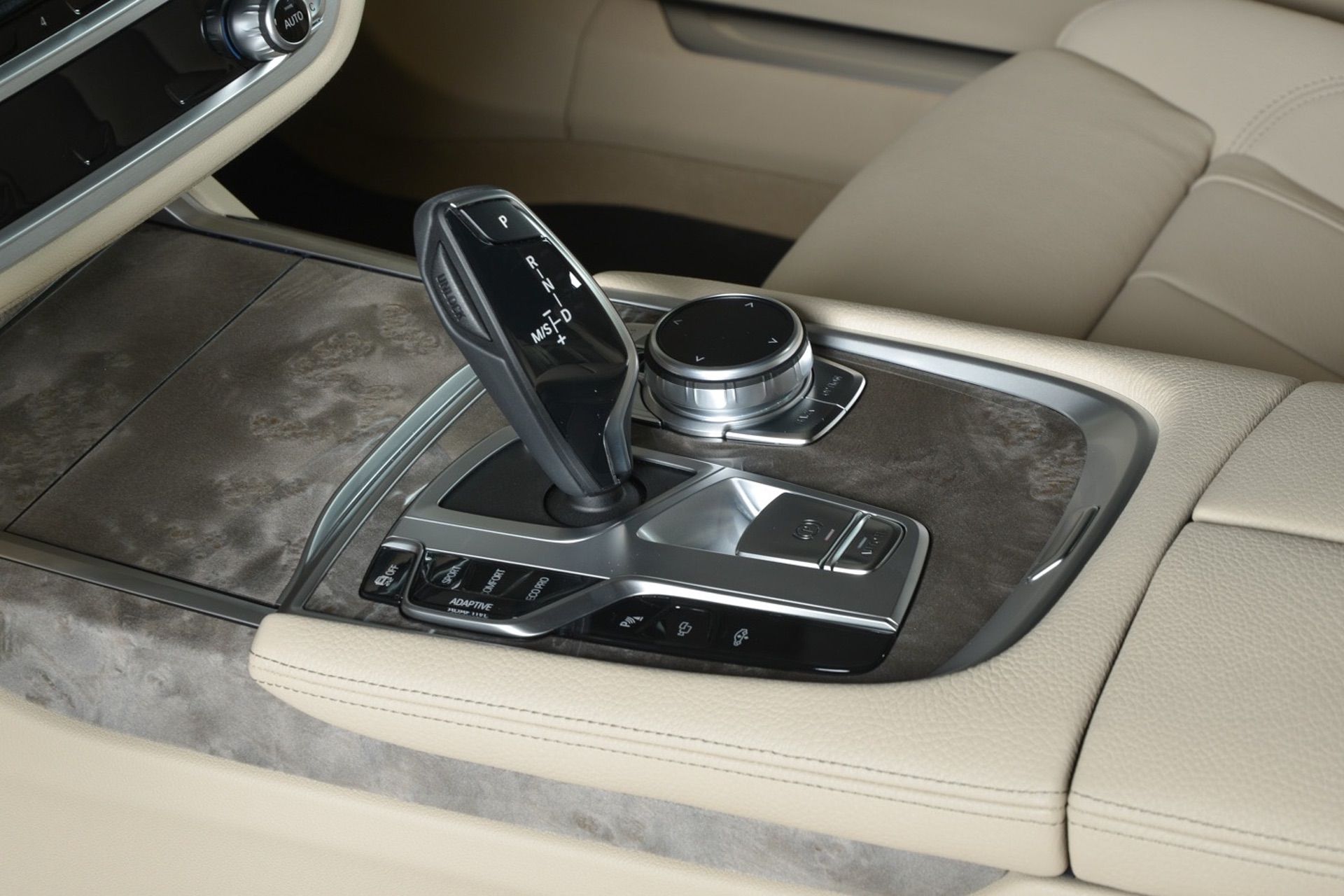 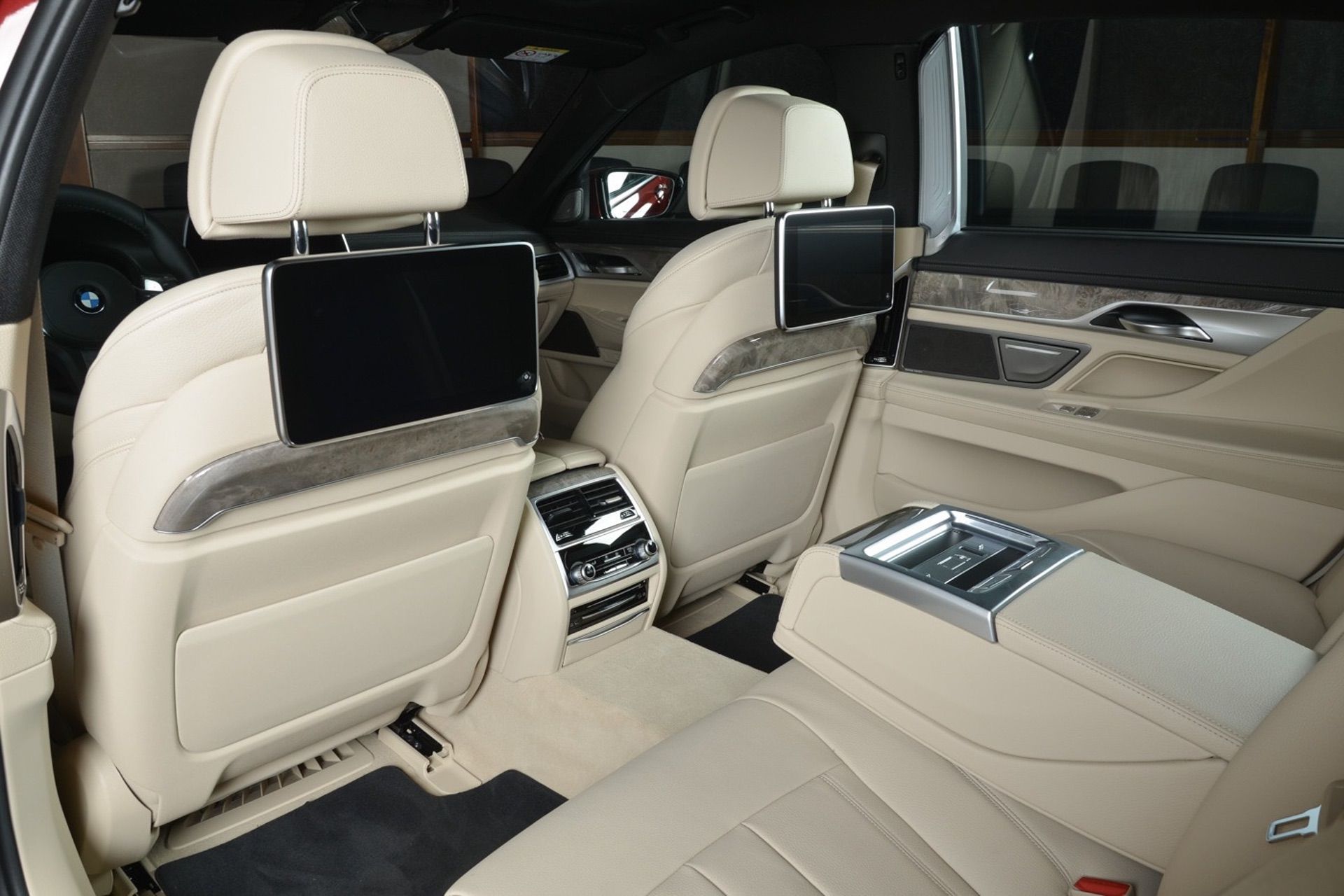 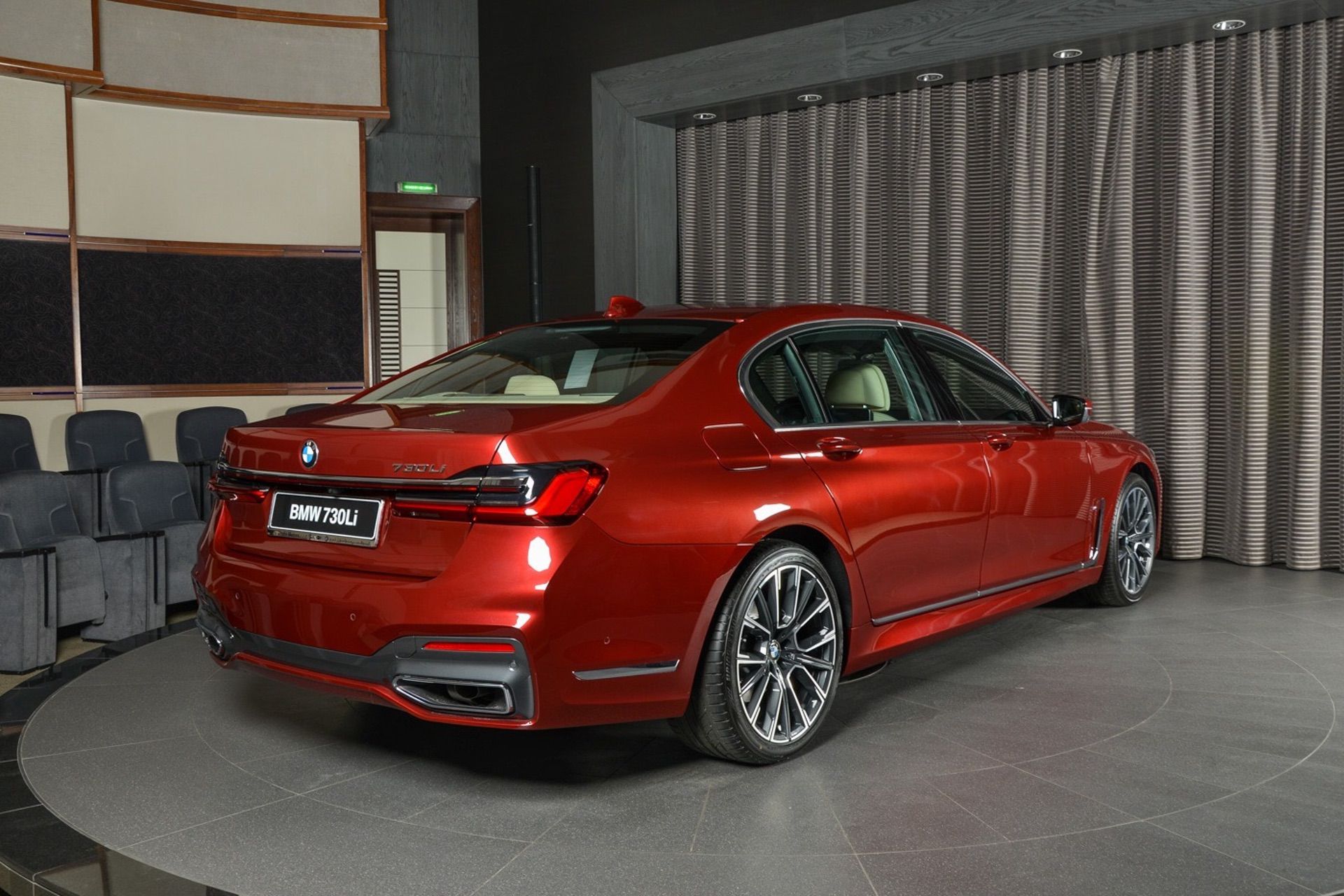 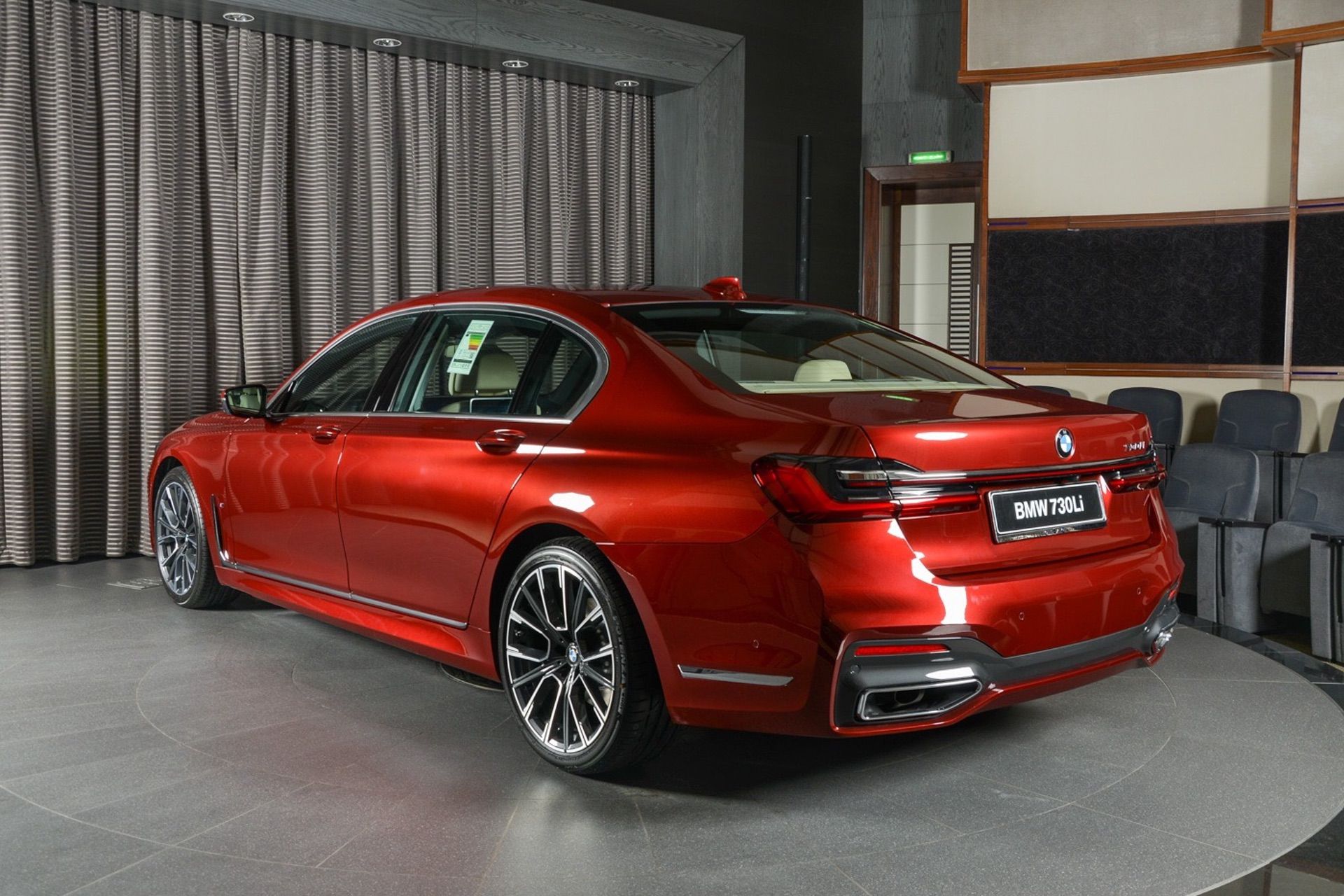 Under the hood of the 730Li is relatively a small engine – a 2.0 liter four-cylinder gasoline powerplant which can be found in other BMW models, like the 530i and even the 330i.

The unit produces 255 horsepower and 295 lb-ft of torque, sent to the rear wheels by the ZF 8-speed automatic transmission. Despite the heft of the 7 Series and the small displacement under the hood, the standard spring is still impressive – 6.3 seconds. 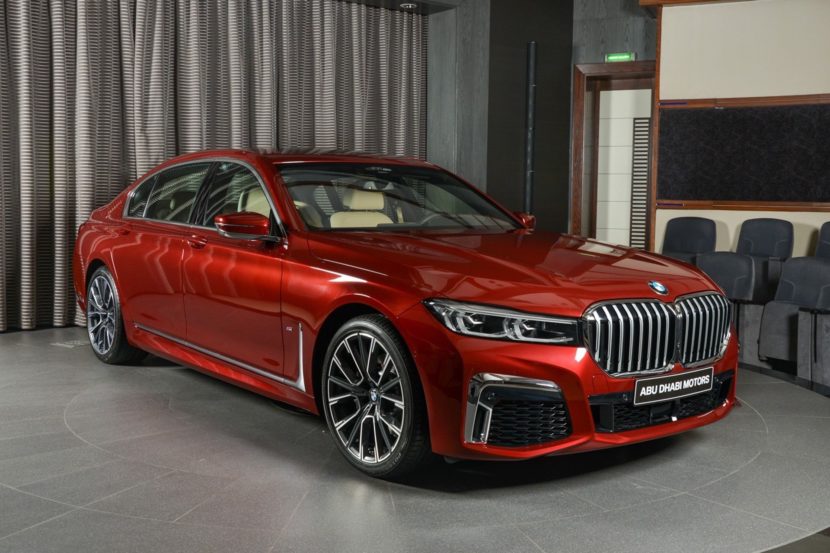 Without a doubt, the most polarizing design cue on the facelifted 7 Series is the kidney grille. That massive grille design is surrounded by a new single-piece surround, which makes two kidney grilles look like one gigantic grille. The grille has actually grown by 40 percent. 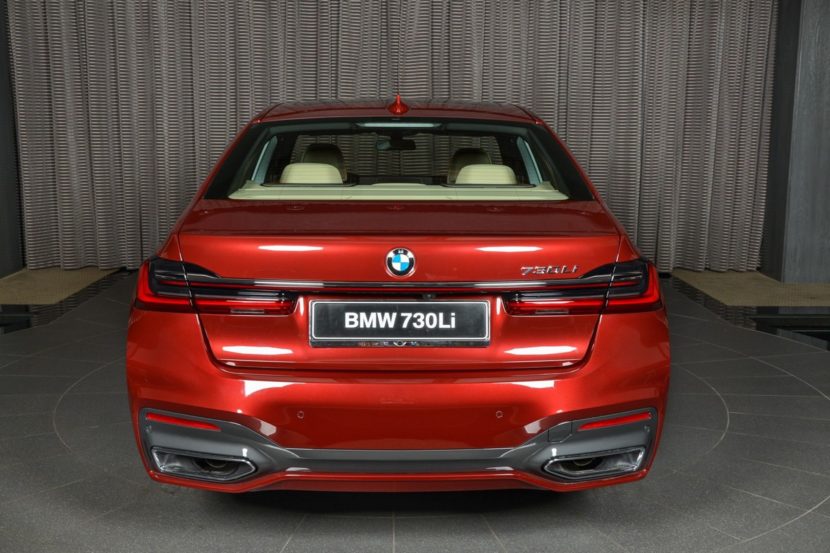 Protruding outward from those massive nostrils on either side are two slender headlights that look comically small compared to the grilles. Inside those new headlights, a new halo design gives the 7er a fresh look. Laser lights are now available, which is actually really awesome, but full LED lights are as-standard.

Another big change for the 7 Series is its “hockey stick” piece of trim, which is now more upright after the bend. The vent of it is still functional as well. 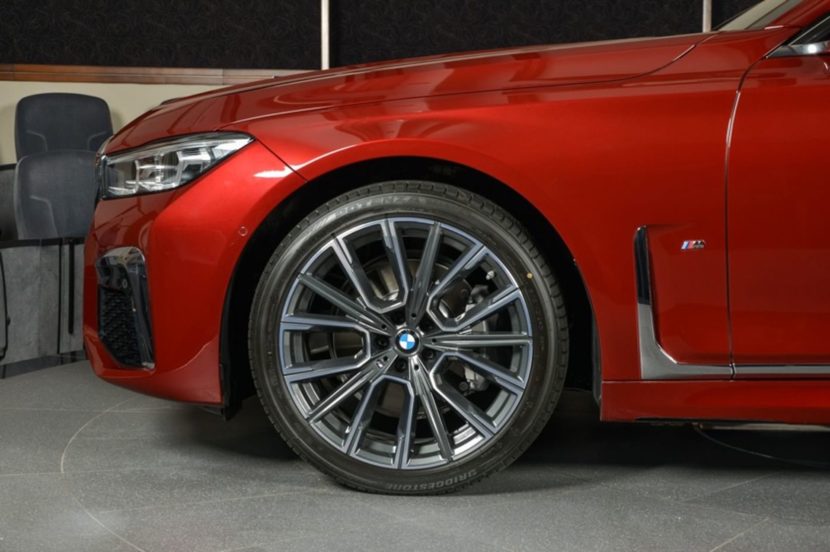 Out back, the Big 7 gets new taillights that look similar to those found on the new 8 Series, which are now connected via a light bar. The LED, three-dimensional rear lights of the new BMW 7 Series are 1.4 inches slimmer than on the outgoing car. The integration of the light bar is actually quite seamless and looks really slick.

The integrated exhaust tailpipes have broader chrome surrounds, while the three-dimensional rear lights of the new BMW 7 Series are around 35 millimeters slimmer than on the outgoing car.

The new BMW 7 Series is offered in two body variants, the longer of which translates its extra 14 centimeters of wheelbase into a similar on- board space gain for the rear-seat passengers. The standard 7 Series (5,120 mm) and its long-wheelbase twin (5,260 mm) are both 22 millimetres longer than their respective predecessors. The new model’s width (1,902 mm) and height (1,467 mm / long-wheelbase version: 1,479 mm) remain unchanged.

The extensive design refresh at the front end now rises 50 millimeters taller at its foremost point.