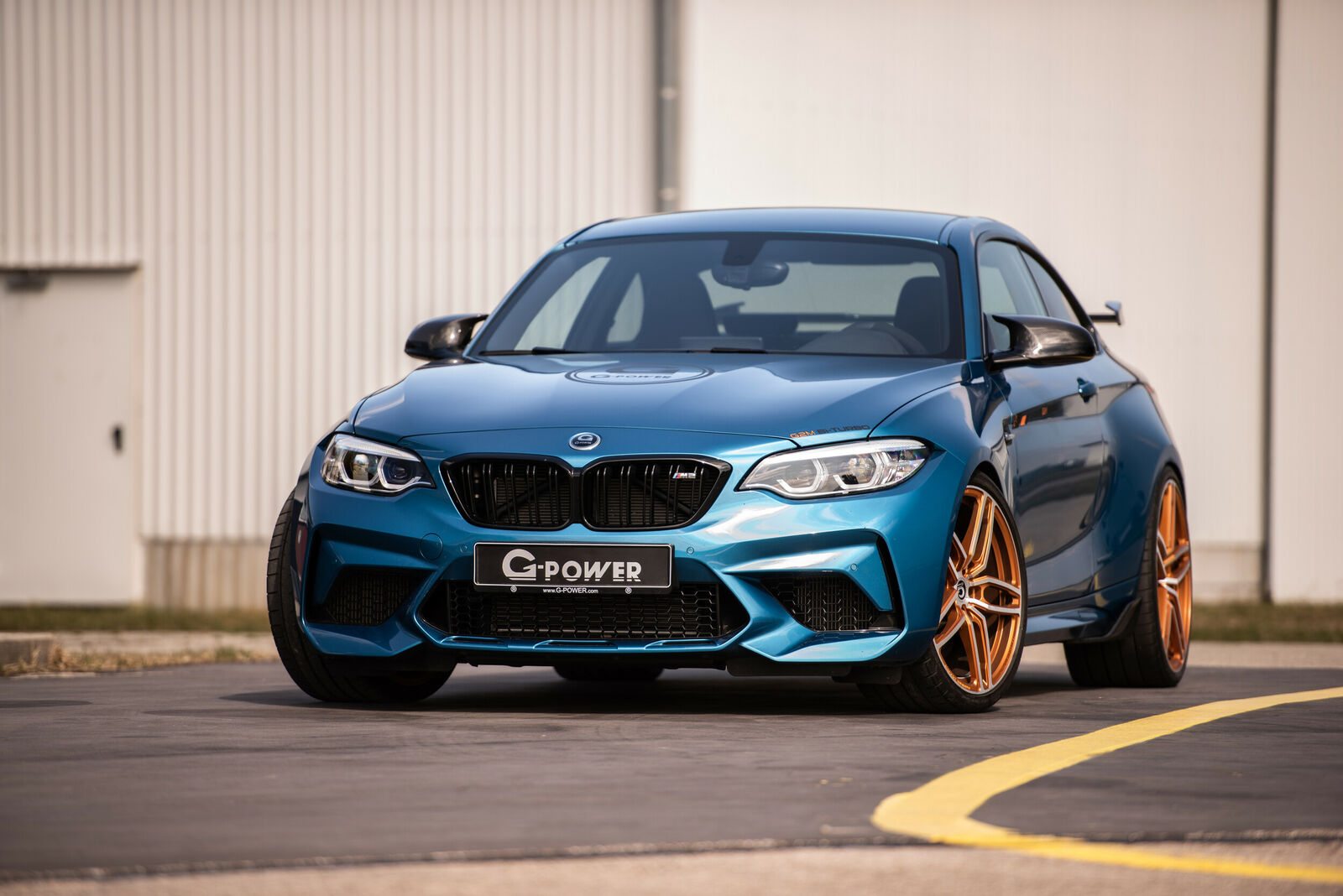 The guys from G-Power have already shown us what they can do with the F87 BMW M2 platform. However, now that BMW brought out the M2 Competition model and since it comes with plenty of important upgrades under the sheet metal, the German tuner decided to create a new monster. Dubbed G2M Bi-Turbo, the G-Power take on the M car has 680 HP and a top speed of 330 km/h (205 mph), making it an incredibly fast machine.

Crazy, right? Well, the pricing makes it worth it though. The BMW M2 Competition is about 20,000 Euros cheaper than the M4 Competition and for that kind of money you can actually upgrade your M2 at G-Power to beat the M4 senseless. This will get you a 680 HP/860 Nm (634 lb-ft) small-caliber high-speed bullet that plays in the supercar league when it comes to driving dynamics. The G-Power M2 Competition can go from 0 to 100 km/h in just 3.2 seconds and can reach air-slicing speeds of more than 330 km/h (205 mph), according to the tuner. 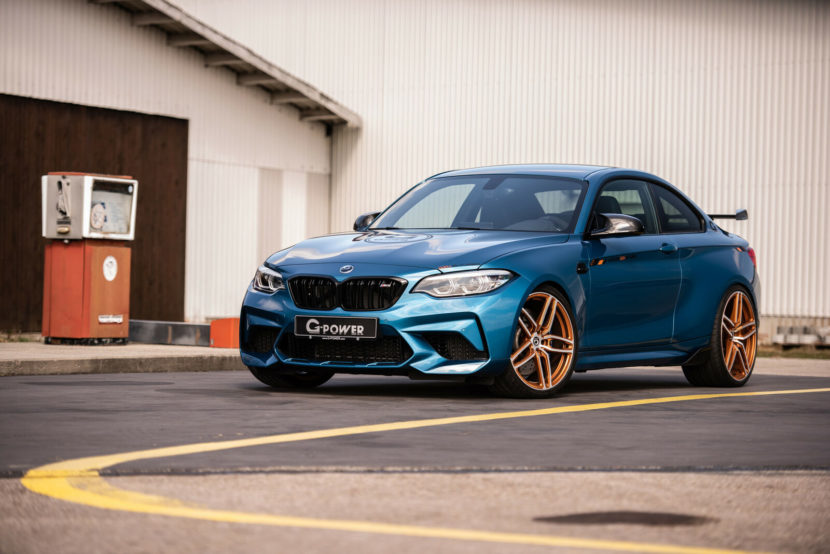 To get this amount of power out of the S55 engine G-Power has made extensive modifications to the M2 Competition turbochargers. For example, the standard compressor wheel was replaced with a specimen developed by them and manufactured using CNC milling technology. Its diameter is significantly larger than in the OEM component. Furthermore, sophisticated precision machining has produced an improved flow rate, which makes the G-Power turbine wheel more efficient than in the series model.

At the same time, it is also lighter, meaning that its moment of inertia is reduced, which results in optimal responsiveness. G-Power has also modified the turbocharger exhaust side: Turbine blades with capped ends reduce the exhaust gas temperature, making it safe to use higher boost pressures. The efficiency of the turbochargers has been maximized thanks to a CNC-milled exhaust and compressor housing with enlarged inlets and outlets. Of course that implies usage of a new exhaust from the same company, with 90-mm tailpipes. 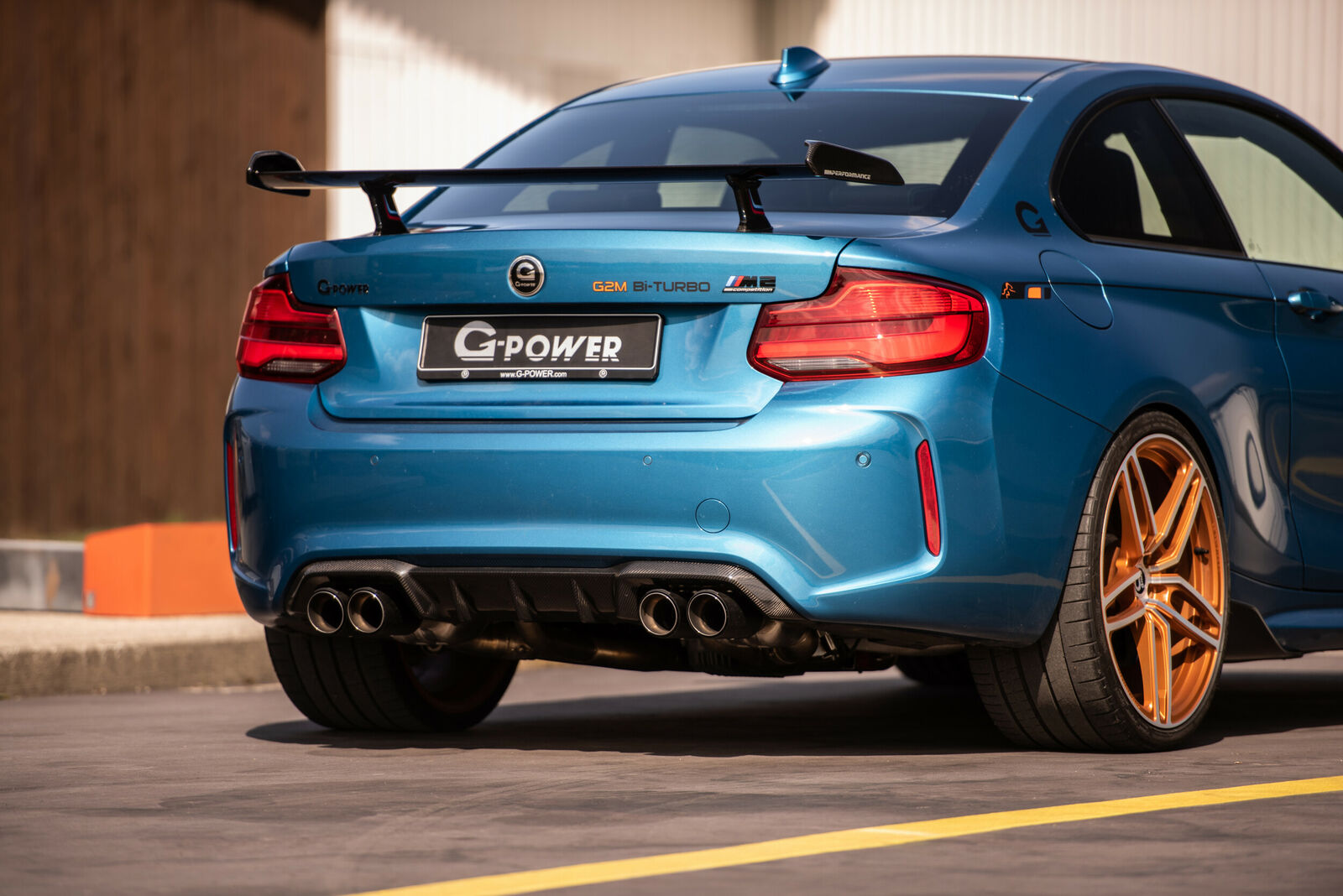 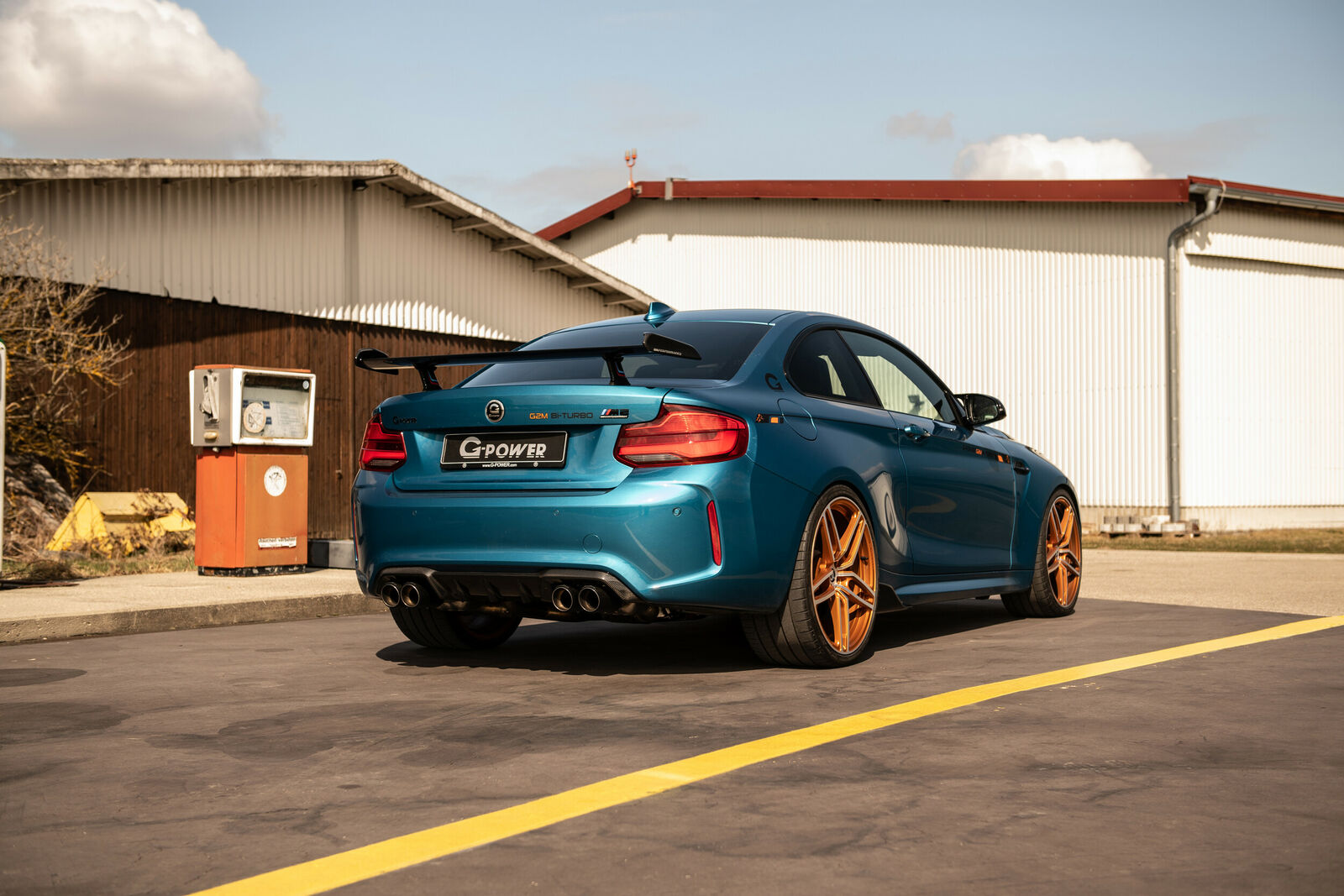 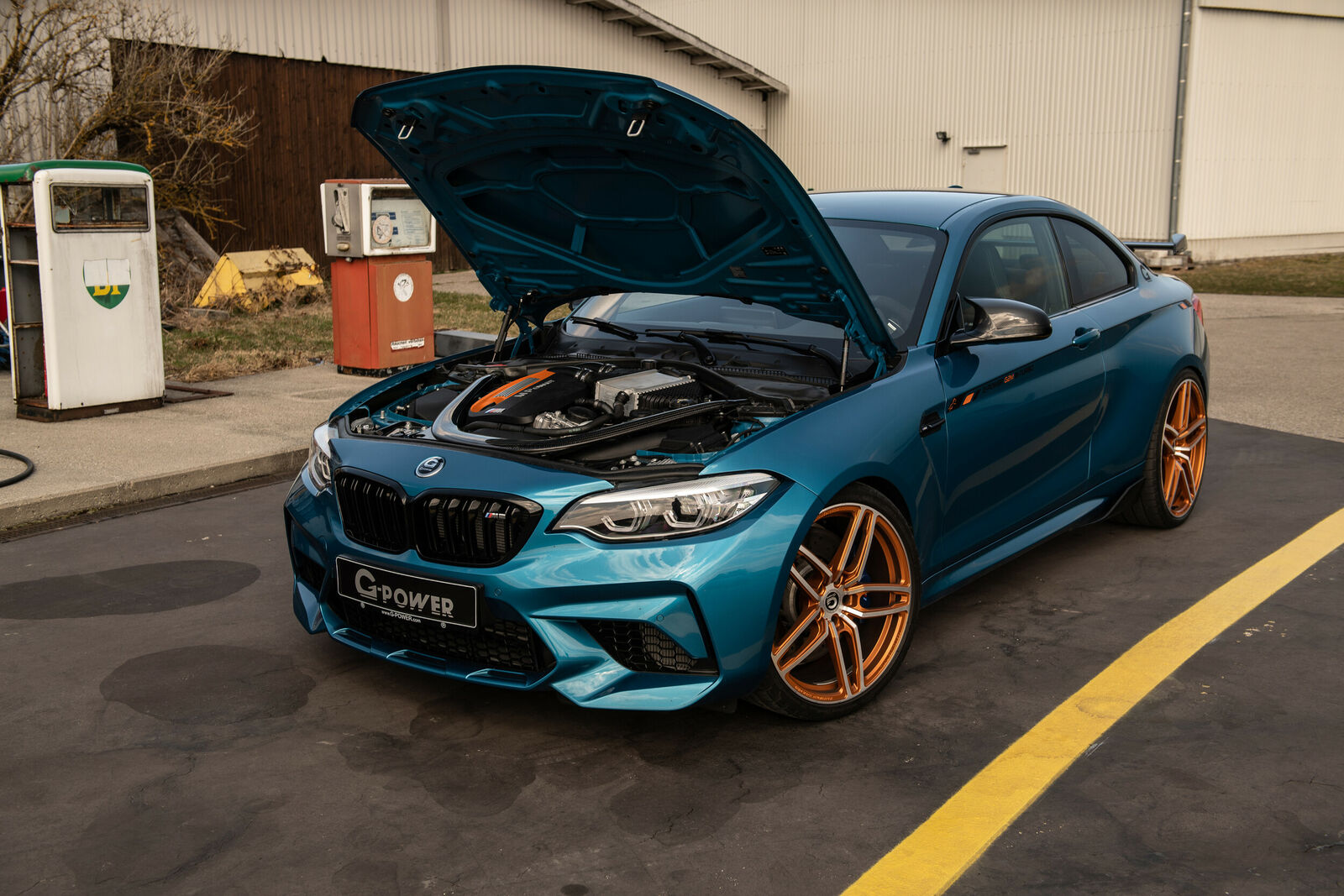 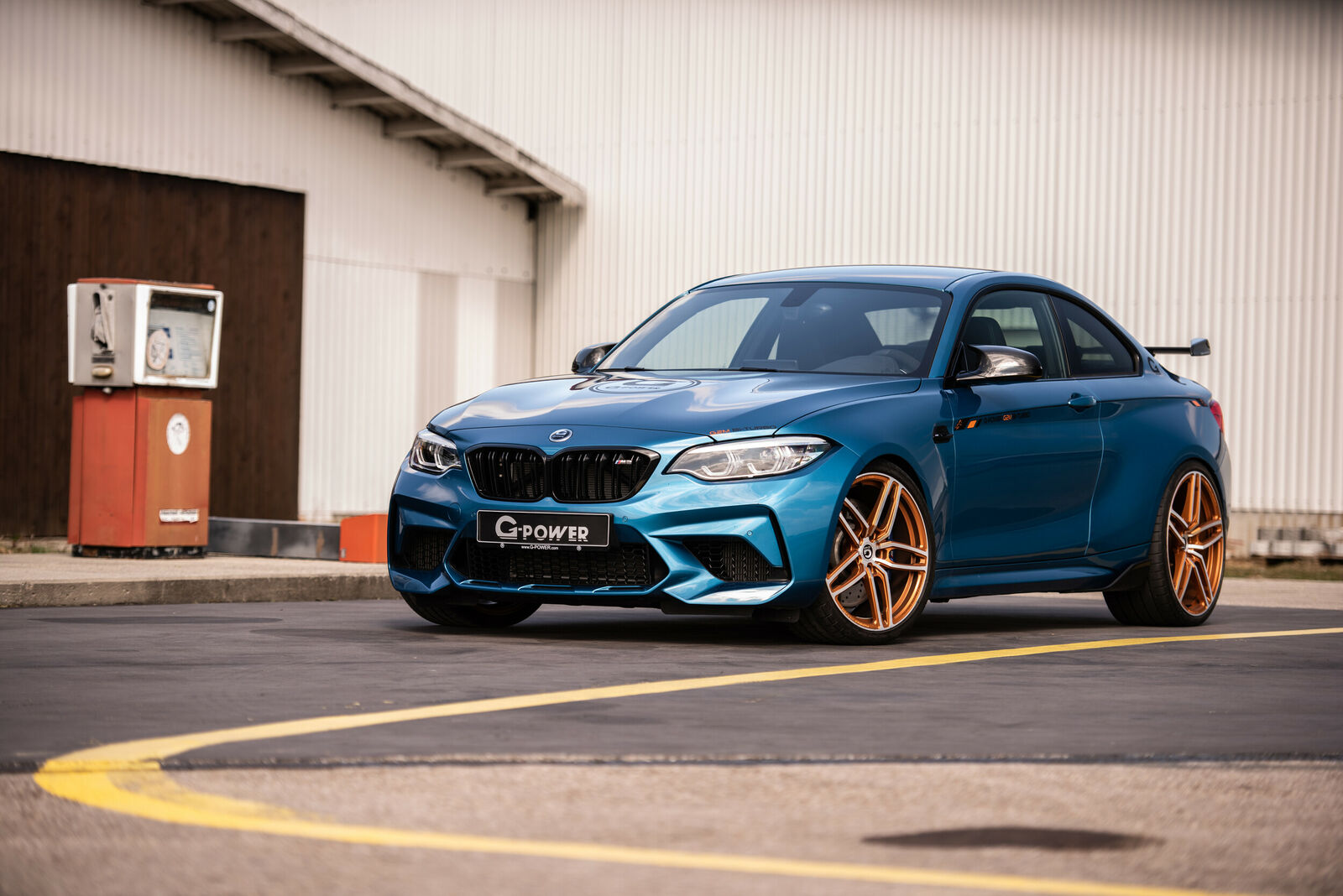 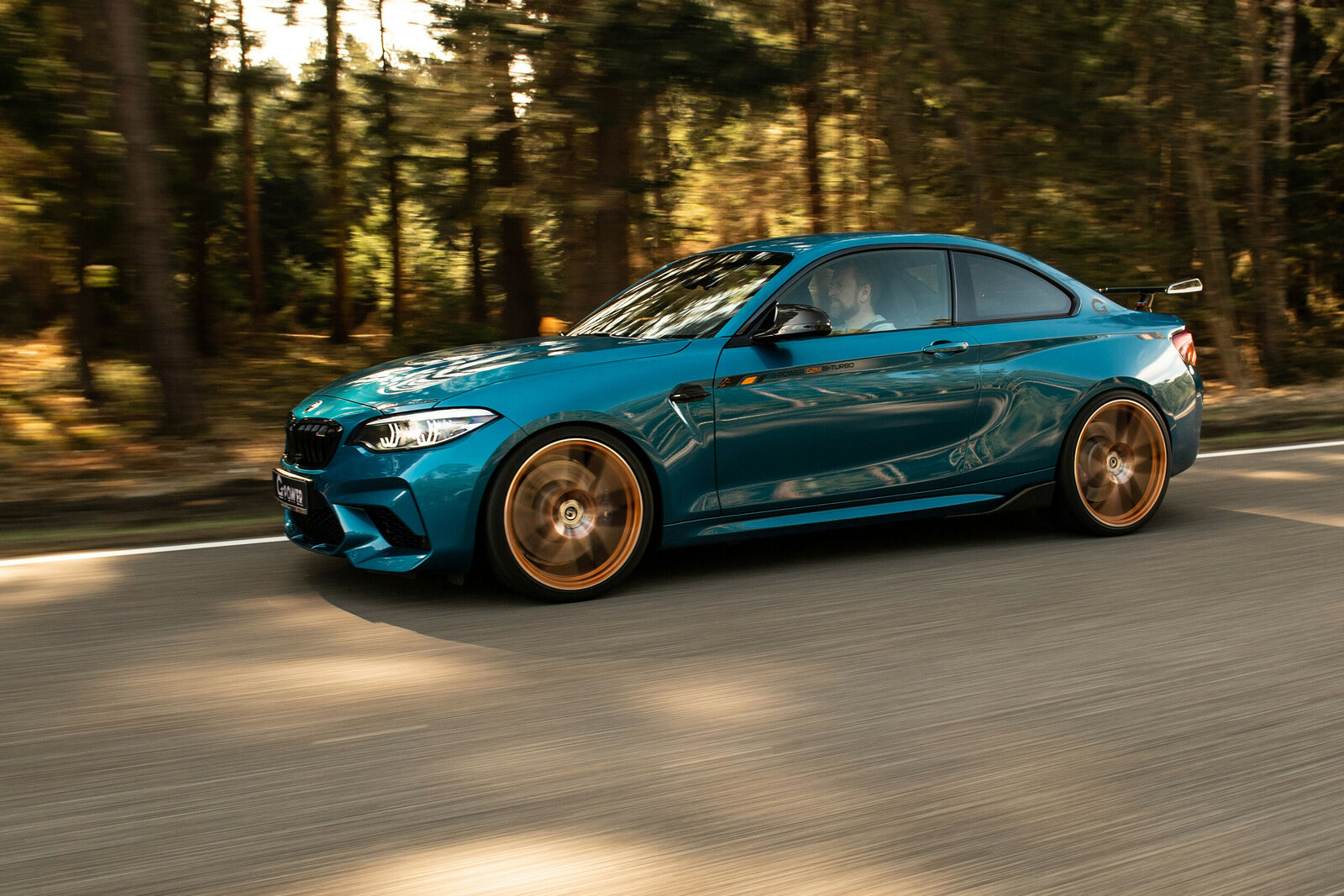 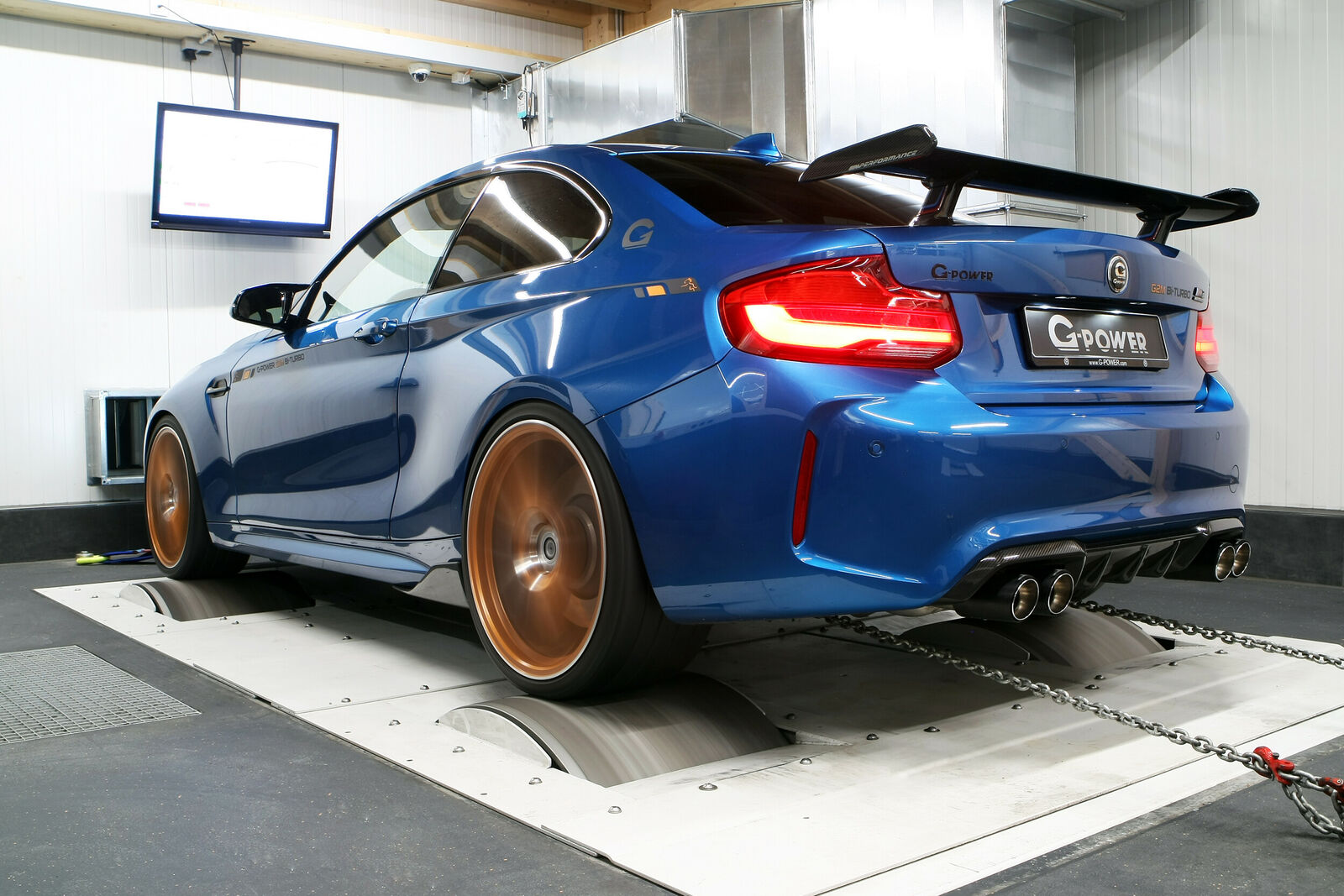