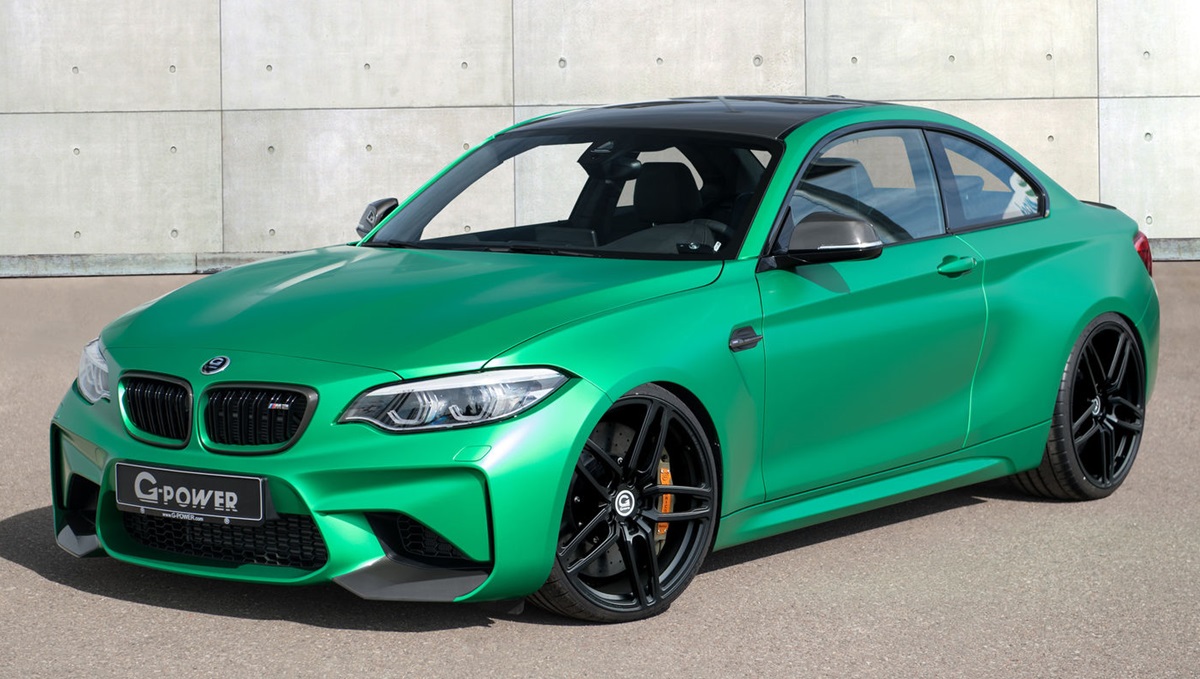 With the BMW M2 Competition out now, everyone’s put the standard M2 on the back burner, but the guys from G-Power are definitely not following the trends. They have just revealed their take on the M2 and it’s coming out swinging while still using the N55 engine under the hood. That might just be the best argument for some people to go down the G-Power route instead of what BMW is offering.

One of the complaints some have about the Competition model is that it comes with a detuned version of the S55/S58 mill under the hood. It’s not that 410 PS isn’t good enough but the character of the engine comes under review here, as the sound of the same mill was deemed not worthy of the badge in M3 and M4 applications. If you agree with that, the G-Power M2 might just be the better choice for you. 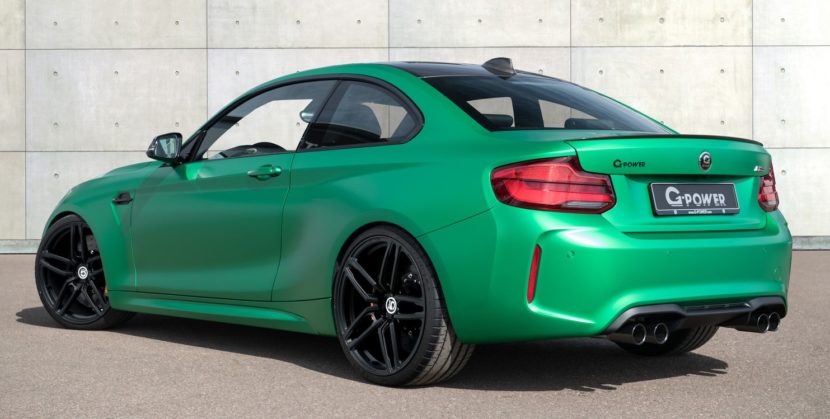 G-Power raised the horsepower figure of the M2 to even more than what the Competition model brings to the table, taking the N55 engine up to 500 PS and a maximum torque of 630 Nm (465 lb-ft). This heightened power is achieved by a combination of software and hardware optimization using the G-POWER Performance Software V3 on the one hand, combined on the other with an optimized exhaust conduction downpipe, a new intercooler and modifications on the turbocharger. The latter has been provided with larger compressor and turbine wheels, as well as a CNC optimized housing. 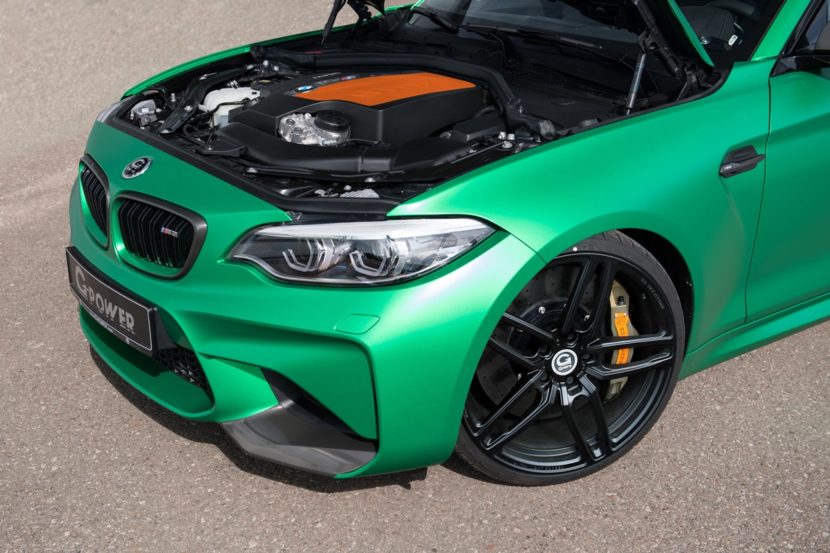 These improvements reduce the exhaust temperature and back pressure, while increasing the air flow and efficiency of the charger. Thanks to the significantly enhanced performance, the M2 sprints from 0 to 100 km/h (0-62 mph) in only 3.9 seconds. The top speed is now claimed to be over 310 km/h (192.5 mph). To go along with all this, the M2 was also given a titanium G-POWER exhaust with a dual mode valve system and four carbon tailpipes, each measuring 90 millimeters in diameter. While these give the engine an even more robust characteristic sound, the G-POWER G2M RS coilovers offer more control. 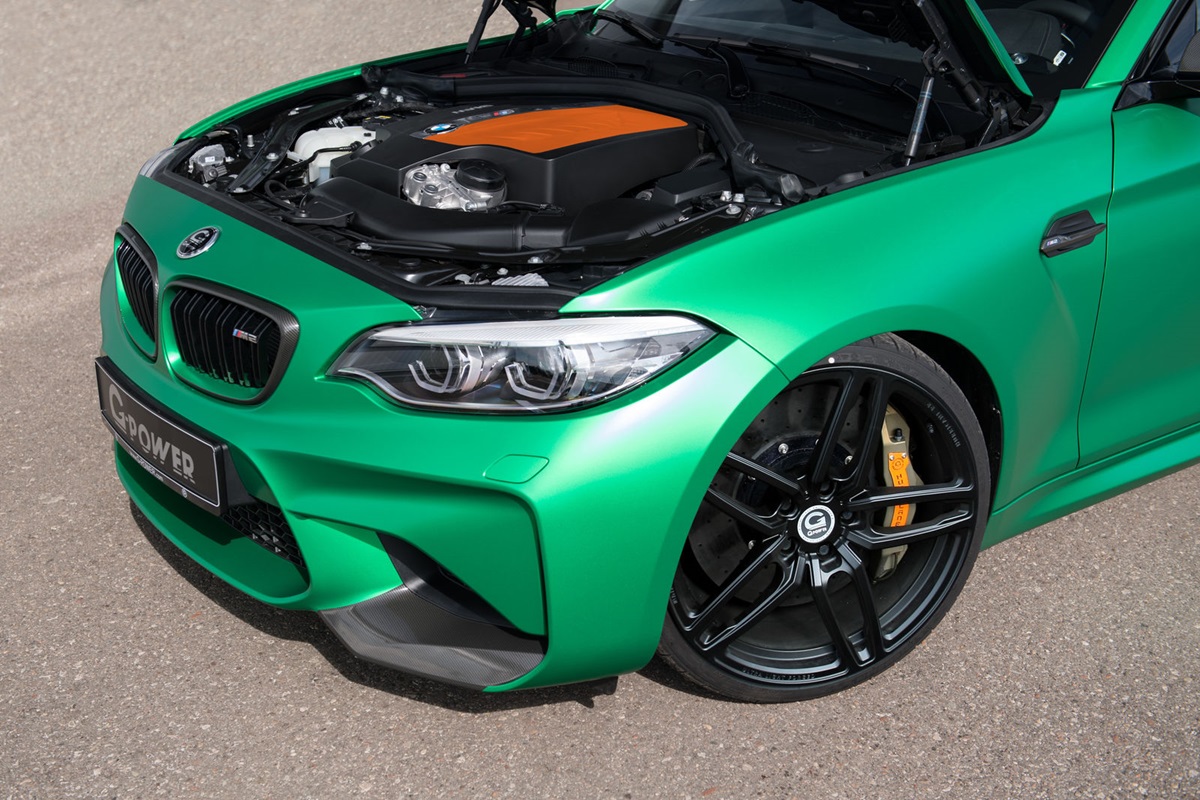 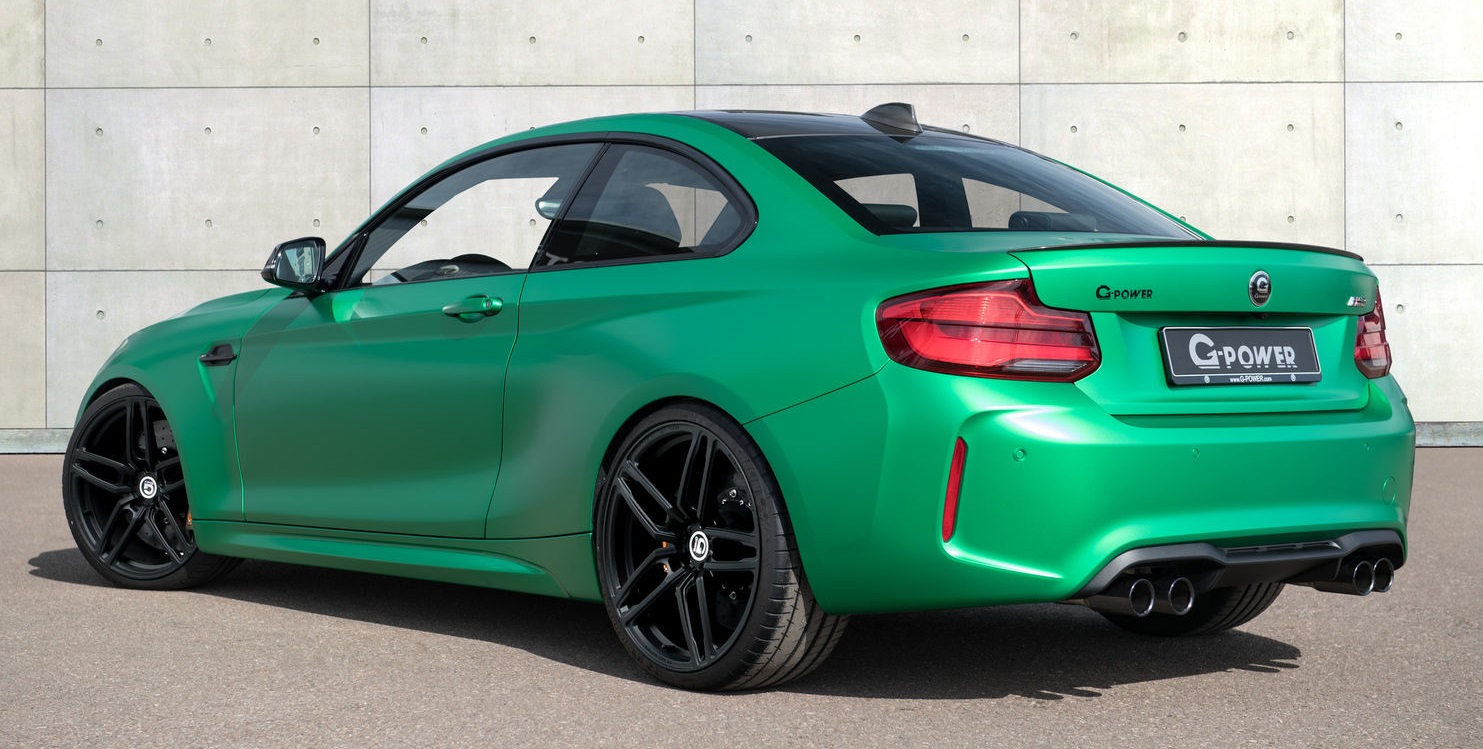