After a couple of years of testing, the BMW X1 PHEV (plug-in hybrid) will likely arrive this year. The X1 will be joined by its hipster brother – The X2 – which is also rumored to get an electric battery paired with conventional engines. The X1 PHEV debut will coincide with the world debut of the facelifted X1. The small, yet successful crossover has been spotted testing its hybrid technology all throughout 2018, with many tests performed in Spain and later on, in the Nordic cold areas of Europe. 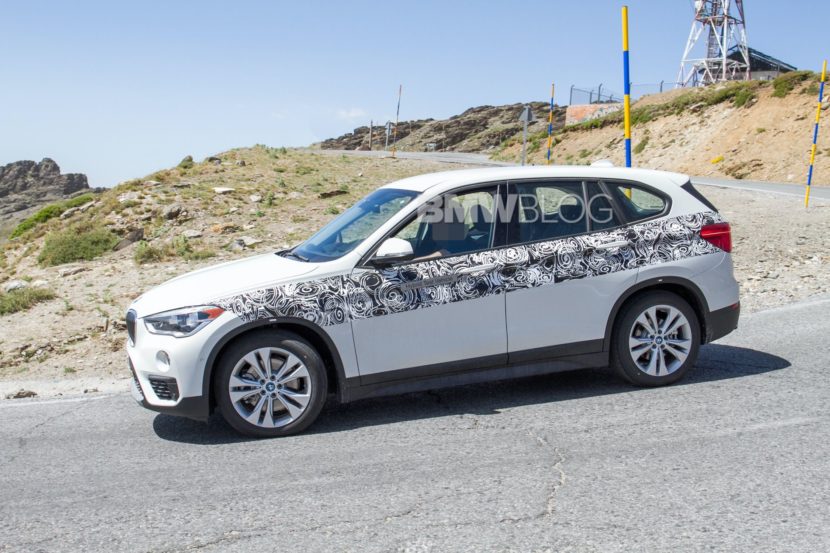 BMW first unveiled an X1 PHEV in China, back in 2016. The X1 xDrive25Le iPerformance plugin hybrid sat on the long wheelbase X1 and was built exclusively for the Chinese market. The powertrain was borrowed from the 225xe Active Tourer with the front wheels driven by a three-cylinder, turbocharged 134hp 1.5-liter petrol unit, while the electric motor produced up to 94hp. Both power systems provided up to 283 lb-ft (385Nm) of peak torque, allowing the plug-in hybrid to accelerate from standstill to 62mph (0-100km/h) in 7.4 seconds.

The refreshed X1 PHEV will use an updated drivetrain which is part of the BMW hybrid refresh in 2019. What that means is a new battery pack which will provide additional emission-free range. What’s yet left to see is whether the overall power output of the hybrid will be increased as well. Design wise, the facelifted X1 is expected to get some mildly updated bumpers and discreetly tweaked graphics for both headlights and taillights. Inside, BMW will update the infotainment system along with the digital display behind the wheel.

BMW’s second front-wheel drive crossover – the X2 – will follow the steps of the X1, so we expect a similar hybrid setup.

When BMW goes to Geneva next week for the annual auto show, it will bring with them an entire fleet of plug-in hybrids. The Swiss city will host the world premiere of the BMW X3 PHEV, X5 PHEV, 3 Series PHEV and 7 Series PHEV. All these models, but the X3 plug-in hybrid, have been already confirmed by BMW, so they come as no surprise.

With those new plug-in hybrids, the BMW electrification plans move forward and on schedule. As iterated several times before, the Bavarians expect to have at least 25 electric and PHEV models on the market by 2025, and by our sources, that target will be surpassed.