BMW 330e iPerformance Will Arrive in 2019 with XtraBoost Mode

Home » BMW 330e iPerformance Will Arrive in 2019 with XtraBoost Mode

The BMW 3 Series range will get a new model next summer in the shape of the 330e iPerformance model. The newest plug-in hybrid from BMW will have a couple of aces up its sleeve to compete with its rivals, from a new, extended range to a feature called XtraBoost. What that entails exactly remains to be seen but according to the Germans, XtraBoost is a driving mode which gives you short bursts of extra power for various needs you may have on the road.

Compared to the old 330e, the new model will come with about 30 percent more electric range, BMW claiming it can cover 60 kilometers (37 miles) without emissions. Furthermore, the CO2 emissions have gone down if you don’t drive in pure EV mode around town, to 39 grams per kilometer. If you’re worried about fuel consumption, the car is claimed to sip just 1.7 l/100 km (138.3 mpg) which does seem rather impossible right now. 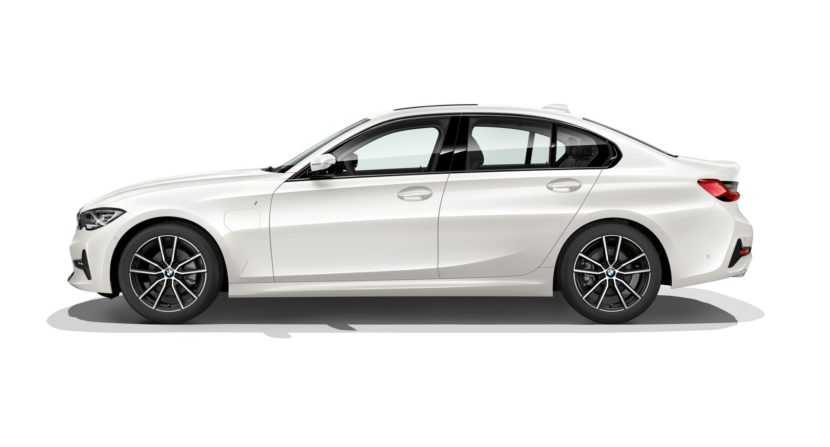 Under the sheet metal you’ll find the same combination of engine/gearbox as on the old model. Under the hood we’ll have the same 2-liter 4-cylinder turbocharged petrol engine while an electric motor will be squeezed between it and the gearbox. The XtraBoost mode is something new though, and according to BMW will allow the system to generate up to 215 kW (288 HP) for short bursts. Otherwise, the car can develop up to 185 kW (248 HP).

The new 330e iPerformance model will accelerate from standstill to 62 mph in 6 seconds flat which is the same as the current model. Considering the specs haven’t changed that much between generations, that was to be expected. The car will go on sale next summer as a 2020 model and will come with all the latest technologies BMW infused in the new 3 Series range, from the Live Cockpit Professional to the lift-related dampers and other goodies.