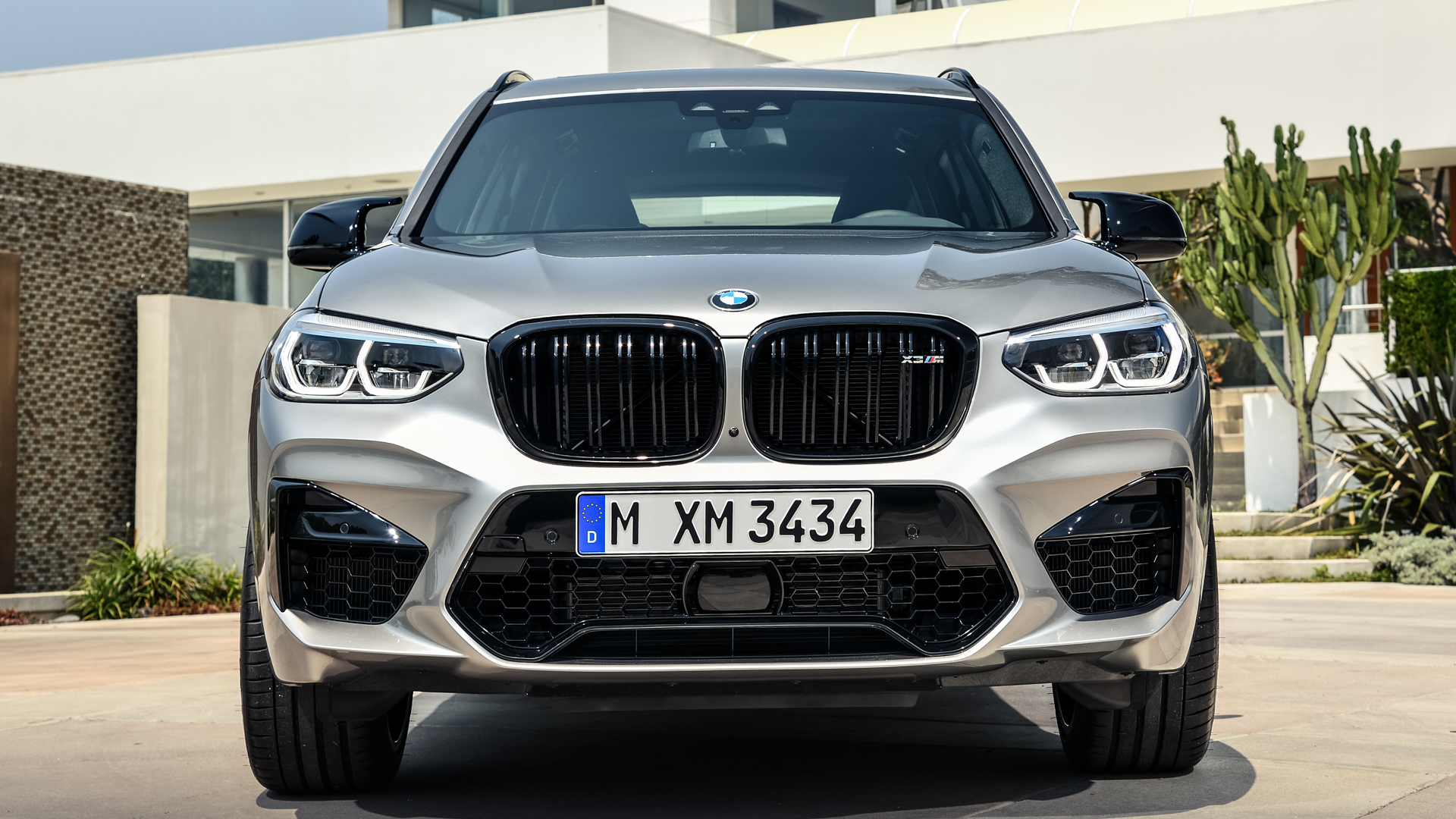 Prior to the brand-new BMW X3 M, the Bavarians were woefully out-gunned in the segment. Cars like the Mercedes-AMG GLC63 S and the Alfa Romeo Stelvio Quadrifoglio proved that small, powerful performance SUVs could pack over 500 hp and be a riot to drive. All while BMW dragged its feet in developing a competitor. Now, though, the Bavarians have something to fight back with and believe us when we tell you, it’s a flipping monster — the BMW X3 M Competition.

So how does the X3 M Comp compare to its main rival, the AMG GLC63 S? Well, no one outside of BMW has driven the X3 M yet (and most people inside BMW haven’t, either), so we can’t comment on how it drives. However, we can comment on how it looks, especially in relation to its prime target from Affalterbach. So let’s see how the new BMW X3 M Competition compares with the Mercedes-AMG GLC63 S.

We used these two cars specifically because they’re the top of their line. Both of which have over 500 hp from twin-turbocharged engines. Although, the BMW can do it with a 3.0 liter straight-six while the AMG needs a 4.0 liter V8. Still, both effectively make the same power and are about as quick as each other to 60 mph. And they look as aggressive as their performance figures suggest. Both have black accents, big wheels, more aggressive faces and lowered suspensions.

Up front, the Bimmer is more in your face, with its flared nostrils and sharp lines. While the AMG is a bit sleeker, a bit more elegant. It’s still aggressive looking, though, with its lower nose and angular headlights. As for which is better looking? It’s hard to say. Personally, I don’t love either but if I had to choose just one it’d probably be the AMG. It’s just a bit smoother for my tastes and less fussy. But I can’t fault anyone for choosing the Bimmer, thanks to its angrier face.

In profile, the two cars show their different personalities. The BMW X3 M is more athletic looking, with sharper lines and just flat-out more of them. It also seems to have sportier rear wheel arches, which are more angular and flared slightly. While the AMG’s are more rounded and flush with the body. The X3 M is also more upright, more ready-to-go looking, while the AMG seems a bit more relaxed, a bit slouched. The AMG’s downward sloping window trim in the C-pillar doesn’t help, while the X3’s Hofmeister Kink gives the rear of the car more presence. Also, the X3 M boasts a bigger roof spoiler that looks really good. The X3 M wins it here.

Out back, the same is true. The BMW X3 M looks more hunkered down, despite actually seeming taller, while the AMG seems to be sitting on top of its wheels a bit. Plus, the Bimmer’s quad exhausts are more prominent while its roof spoiler is also more aggressive. It’s just the sportier looking car, while the AMG is a bit dumpy looking. While I’m personally a fan of Mercedes’ new design language overall, I feel that its weakest point is at the back, where all Mercedes’ seem to be melting a bit to me. So the Bimmer wins here again.

On the inside, both cars have some real positives and some real flaws. The BMW X3 M, for instance, looks good but it’s a bit too busy and too fussy. Its gauges are also a mess of digital graphics; a bit too much to look at while driving quickly. There are some great things about it, though, such as its brilliant iDrive screen that’s big, wide and high-tech looking, its awesome steering wheel and its superb seats. As for the AMG, it does some things really well, like its great looking steering wheel, simple but sporty looking analog gauges and cool waterfall-like carbon fiber center console. However, its infotainment screen look a thousand years old and its console mounted shifter is just awful to have in a car as sporty as the AMG GLC63. So it’s a wash.

Overall, just based on appearance alone, I’d personally take the BMW X3 M. The AMG GLC63 is an awesome looking car and one I’d happily drive everyday but the X3 M just has that edge that makes owning such a high-performance car feel special. Also, that roof spoiler just gets me every time. Style and taste are subjective, though, so what I like might not be your cup of tea and that’s fine too.