Video: Listen to the Remus Exhaust for the BMW M2 Competition

Home » Video: Listen to the Remus Exhaust for the BMW M2 Competition

The BMW M2 Competition is considered by many BMW aficionados as the best car you could possibly get today with an M badge on it. A lot of things come together to create this image of a ‘perfect’ enthusiast car, from the looks, to the compact size and the fact that we now have a proper M engine under the hood. That’s the bit I really want to emphasize here as the S55 engine has been getting a rather unfair treatment ever since it was launched.

I remember when the F80 M3 and F82 M4 were initially launched, the world seemingly had lost its mind about the sound the straight six mill developed from the N55 delivered. Everywhere you’d see a video of an M3 or M4, there would be a quite generous crowd criticizing the sound of the 3-liter engine, even though to me it never seemed like it sounded bad in the first place. Luckily, nobody criticized the power or torque of the mill or that would’ve probably caused a couple of hasty resignations. 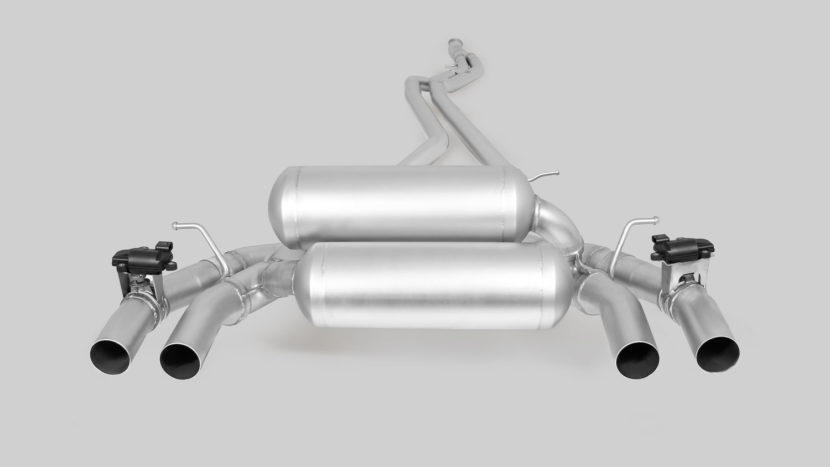 When the M2 Competition came out though, everyone suddenly started loving the sound it makes, even though it’s basically the same engine as on the M3 and the M4. The S55 seemingly makes a more ‘pleasurable’ sound on the M2 Competition, for some reason. Now, the guys from Remus are offering you an even better sound thanks to their aftermarket exhaust system options. The European tuner even posted a short video of a car fitted with their kit to get an idea.

The car in the footage below is wearing an axle-back sport exhaust system, made of stainless steel, with integrated valves and a diameter of 70 mm. The tips are carbon fiber and have a diameter of 102 mm, cut at an angle, with titanium internals. All the parts are available in both Europe and the US but they may not be road-legal in certain places.