The BMW M2 Competition is in a rather interesting position in the market. Due to its price, it can be compared in two different worlds of cars. In the more common world, the M2 Comp is compared to cars like the Porsche Cayman, Audi TT RS and even the Alpine A110 (in Europe). However, it can also be compared to cars like the Ford Mustang GT and Camaro SS, cars that are cheaper but every bit as quick. Maybe even quicker. The latter comparison is a bit new for BMW and its enthusiasts, so when Road & Track pit the M2 Comp against the Camaro SS, we took notice.

In this test, R&T took the M2 Competition and the Camaro SS 1LE to the Thermal Club in Palm Springs, California, to see which of these two cars is  the better track car. 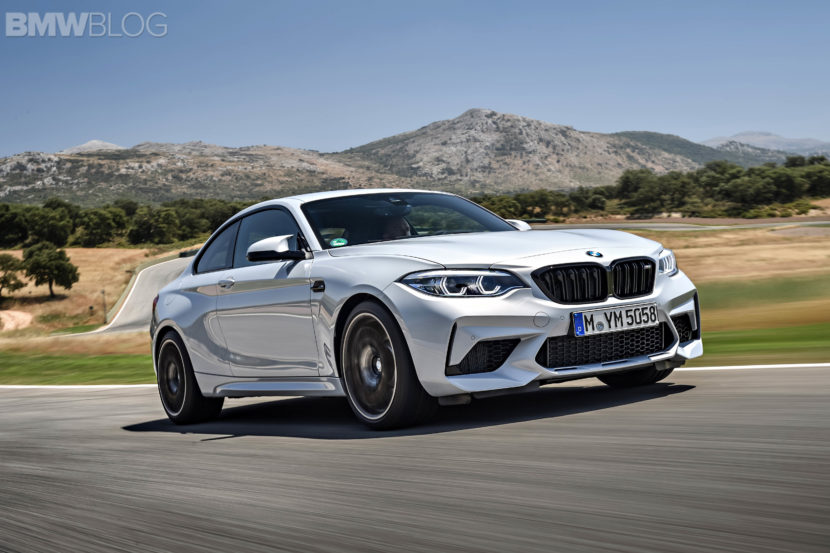 The BMW M2 Competition we already know well. It’s a beefed up version of the already beefy BMW M2. Now, it packs a 3.0 liter twin-turbocharged I6 engine with 405 hp and 406 lb-ft of torque. That punchy blown-six is paired with a seven-speed dual-clutch gearbox (in this test, a six-speed manual is optional), which sends power to just its rear wheels. Its curb weight (with DCT) is 3,655 lbs.

As for the Camaro SS 1LE, it packs a 6.2 liter naturally-aspirated V8 that makes 455 hp and 455 lb-ft of torque. In this test, that burly V8 is paired with a six-speed manual and powers only its rear wheels, of course. While more powerful, it tips the scales at 3,780 lbs.

So which one is better on the road and the track (pun intended)? Well, you’ll just have to go check out R&T’s review. It’s really interesting to see how the two cars compare, considering they come from two different worlds, have very different powertrains and look completely different yet have the same goal.